Your Travel Counsellor is: David Ashworth

Family Fun In The Sun 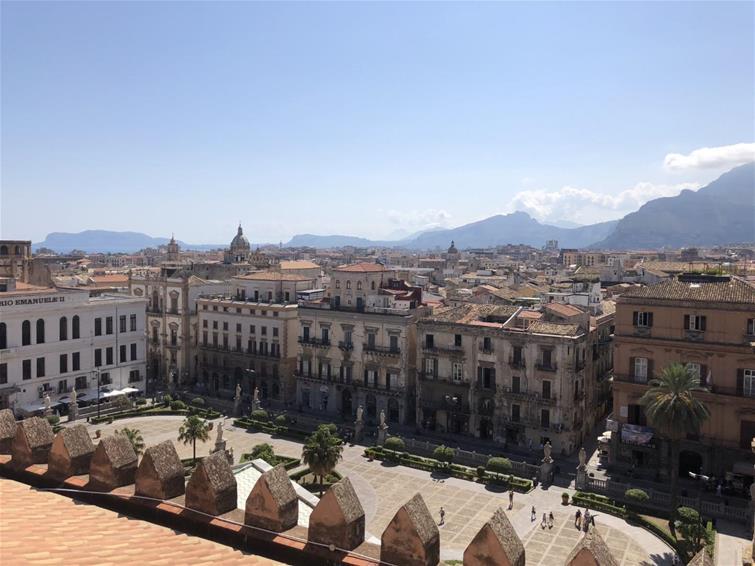 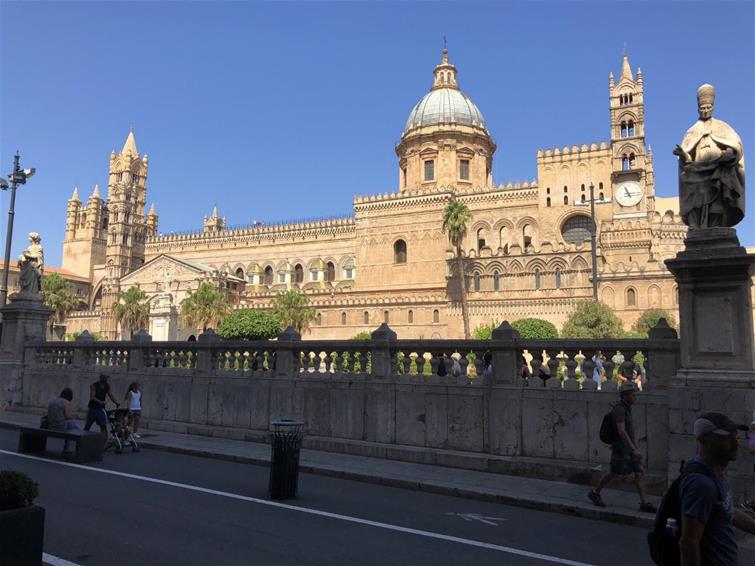 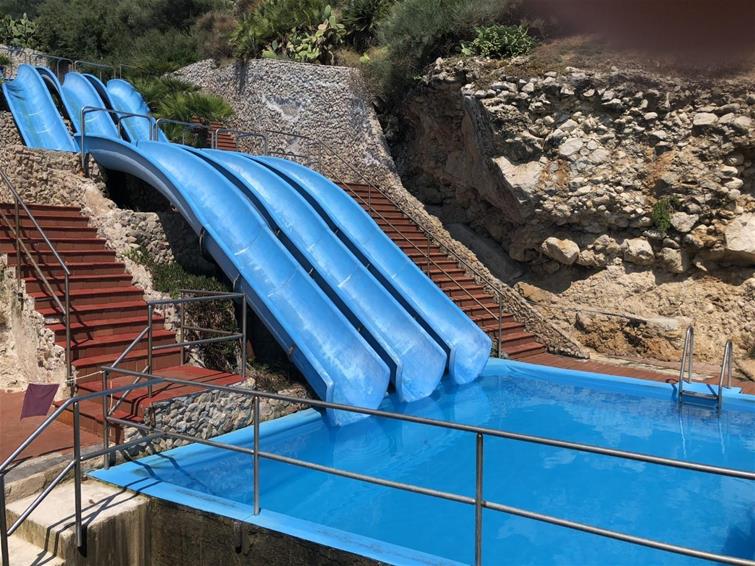 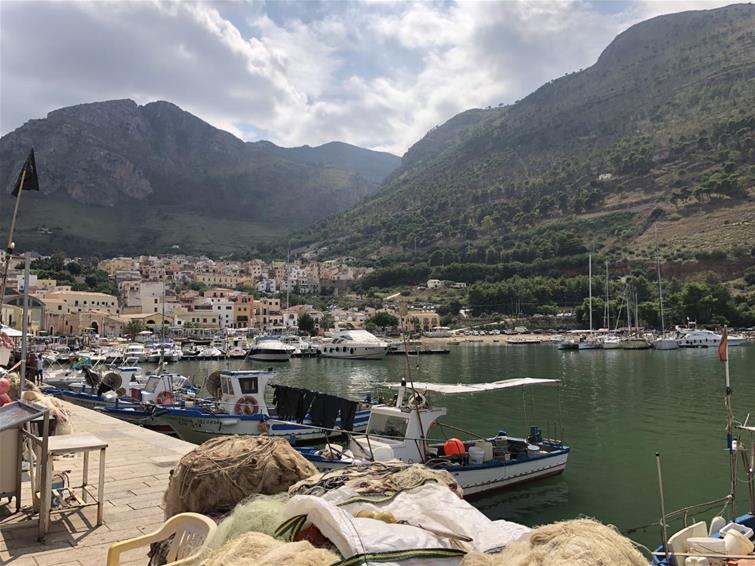 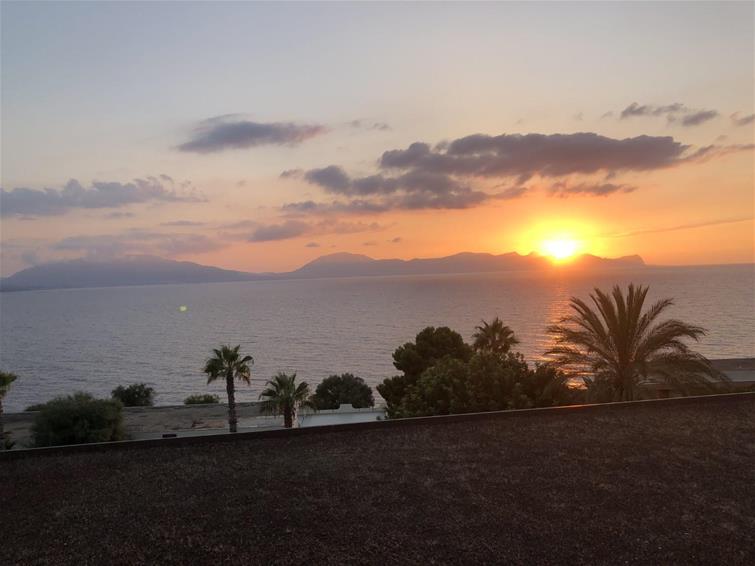 The flights and hotel have been booked for ages and finally the time is here for our flight to Palermo, Sicily from our local airport (Liverpool). Not a great start as the conveyor belt was broken so after two long queues we finally cleared security and had a brisk 20 minutes to check out duty free before boarding our flight with EasyJet.

The flight was great, took off on time and landed 20 minutes early. The scenery and coastline of Sicily as you land in Palermo is absolutely stunning and really whets your appetite for the time ahead.

We’ve hired a car, this time for the week, and plan on seeing a little of Sicily along with a few lazy days around the pool. The car hire collection was seamless and within 15 minutes we were out of the airport heading along the coast to our base for the week, Citta Del Mare Holiday Village just 20 minutes from the airport.

The holiday village is a large resort of low rise buildings with plenty of facilities and entertainment for everyone. A couple of pools, tennis courts, volleyball court, 5 aside pitch, water slides into the sea, hourly entertainment programme, water sports plus plenty of sunbeams are just a few of activities on offer.

Our room is close to reception and is large but basic and boasts a lovely sea view from the massive balcony/terrace. A large double bed and two singles for the kids, air conditioning plus dressing table and TV make up the room as well as a basic bathroom with shower. The rooms are clean and bright and will do us for the week.

Our first afternoon is spent around the large Olympic sized swimming pool and it’s not long before the afternoon entertainment programme starts with water aerobics followed by dancing lessons by the pool bar finished off with water polo. The pool bar does what it says on the tin offering drinks and snacks throughout the day. The snacks mainly consisting of local sandwiches and paninis.

As is tradition for us the evening starts with a sundowner watching the sunset and this was just as beautiful as anywhere we’ve been, the sun setting over the mountains across the bay from our hotel.

Day two and after a little lie in we head to breakfast, again buffet style with usual offerings of bread, cheese, fresh fruit, eggs, sausage, bacon, bread, croissants, jams, juices etc. A lazy day today, we found a great space by the large pool and relax for the morning and join in with the occasional pool activity. Joanne and Lauren take part in the dancing by the pool bar.

This afternoon Corey and I take an afternoon stroll to explore the complex and find the kids pool and second pool, crazy golf and the pontoon complex. The pontoon was a nice stroll down but hard work coming back up the hill, even Corey found it a strain on the legs. Down at the pontoon is access to the sea along with the toboggan set of pools down to the sea. Corey gave these a bash later in afternoon and had tremendous fun. There’s also plenty of sunbeds and a small snack bar if you want to stay down for the morning, afternoon or all day if you wished.

Day three was an early start as we drove to Palermo. Simple enough and straightforward from the hotel to the edge of Palermo (approx. 40 minutes) and then the fun begins where it’s each man (or car) for himself. You learn quickly to go with the flow and stick to your guns when choosing a lane or direction.

We headed for the Marina where there’s free parking (be careful, there are hustlers trying to take money off you to look after your car). We then had a 15-minute walk to the Ballaro Market, a pretty large open-air street market selling fresh fruit, veg, meats, fish, spices household goods etc. It’s noisy - each stall owner trying to get you to their stall. It’s a great experience. Morning snack was an ice cream and here we witnessed the famous Sicilian tradition of ice cream in a bread bun - we didn’t have one but plenty of others did.

Next, we headed to the cathedral and it’s stunning, plenty of history with all different religions having laid claim to it at one time or another in the past but the crowning glory is the rooftop walk. It’s €5 per person and a lung busting walk to the top but boy is it worth it, amazing panoramic views of the city.

Next, we visited the palace a very short walk from the cathedral and then under the palace’s shadow we lunched at a traditional trattoria. Finally, we walked the length of the main street in Palermo back to the harbour before heading back to our accommodation.

It’s a lovely city, lots of personality and well worth a city break. There’s lots of little side streets to explore and, as you’d expect, for Italy the architecture is beautiful. The rest of the afternoon is spent around the Olympic pool with Corey heading to the toboggan slides for more fun.

Day four was a lazy morning by the pool for us all. For lunch today, we head out to one the coves along the coast, a small beach called Piano Inferno Marina, a restaurant/snack bar at each end a couple of restaurants in the car park. Most of the property seems to be holiday villas or personal homes. A simple 10-minute drive that even I managed to get right (just about) along the coast and the views were stunning. We’ve split up early afternoon, mother and daughter time around the Olympic pool whilst I supervise adrenaline boy on the toboggan slides.

Day Five was a real lazy day today, as we just stayed around the pool all day. On day six we spent the morning by the pool before heading out for lunch to Castellammare del Golfo, 20 minutes down the coast and rumoured to be the prettiest harbour/marina in Sicily. It’s difficult to disagree. Small windy streets take you down to the harbour where there’s houses and hotels built up the hillside overlooking the stunning marina which is lined either side by restaurants and cafes. It’s really beautiful and I’d love to wake up in one of the small hotels overlooking the marina and sit on my balcony watching the world go by.

On day seven we enjoyed a morning by the pool followed by lunch in Trappeto, a large fishing village in a bay opposite the hotel, approx. a 15-minute drive away. A lovely promenade with restaurants and bars. Back to the hotel for the afternoon.