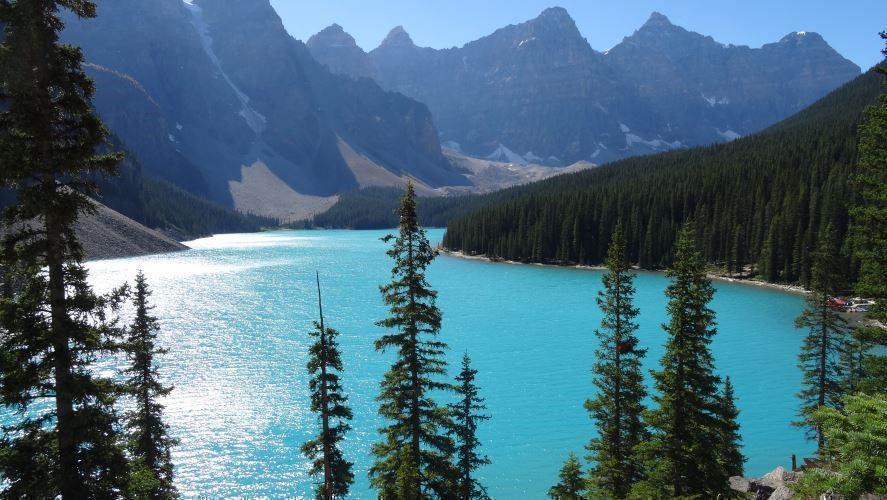 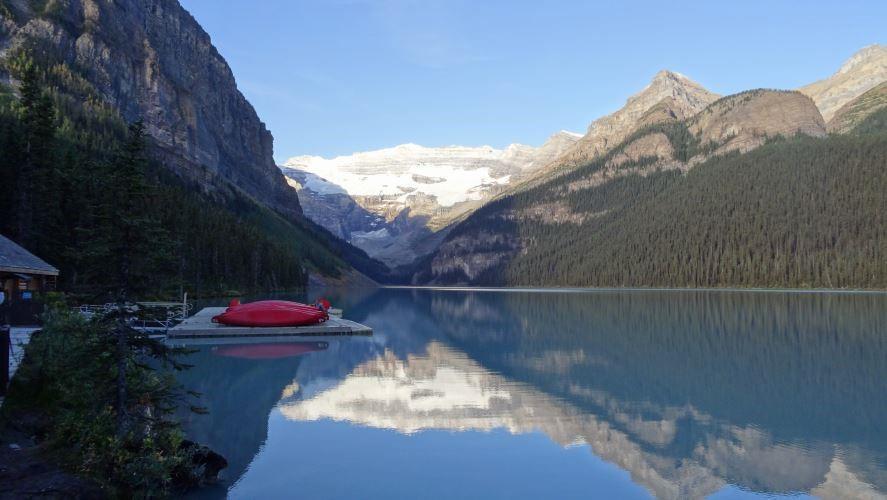 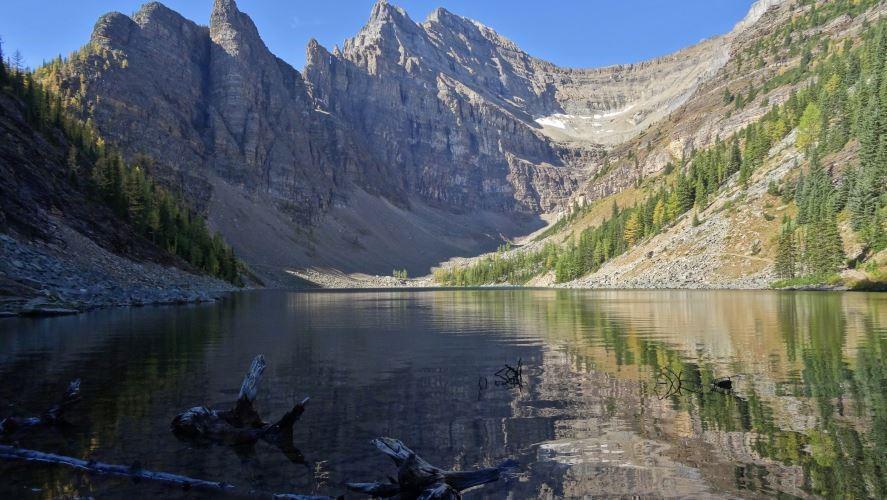 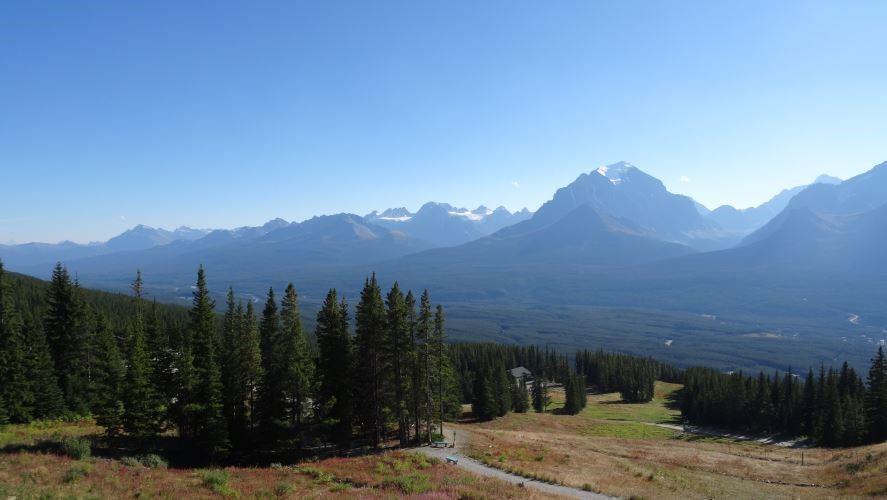 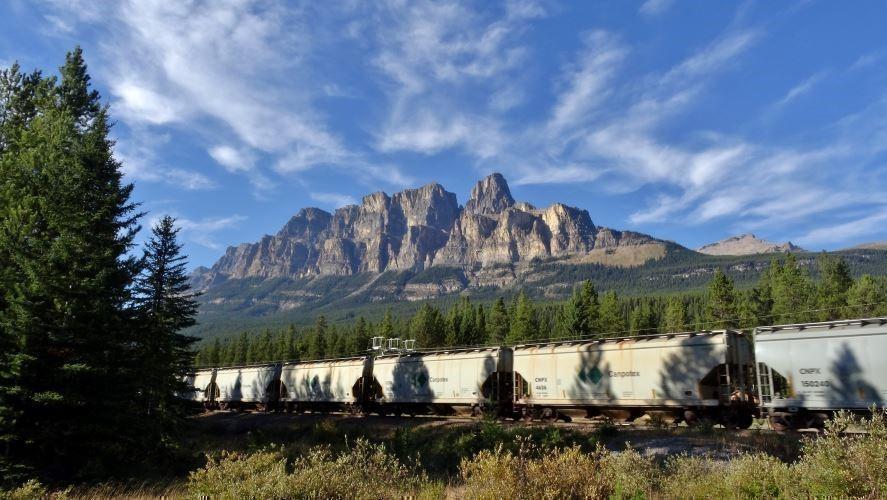 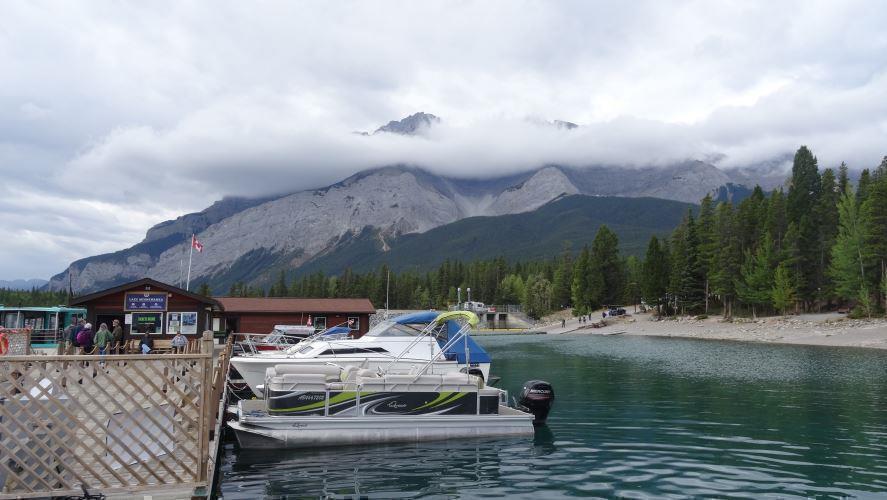 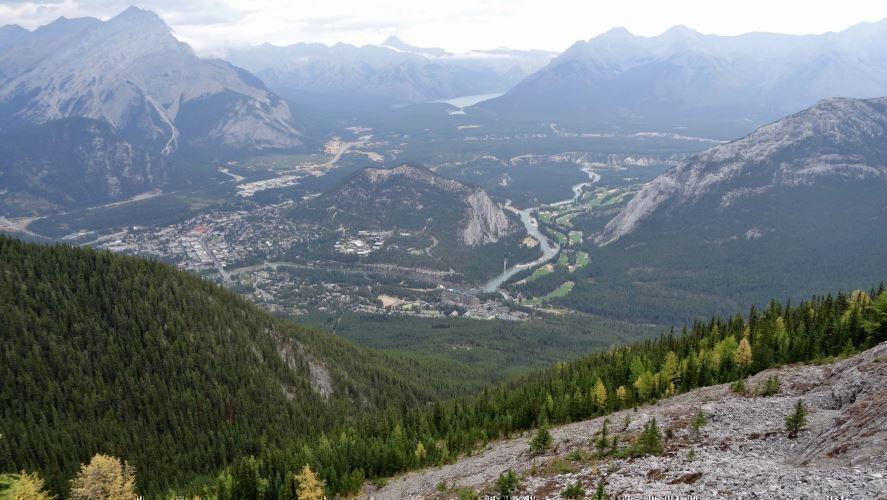 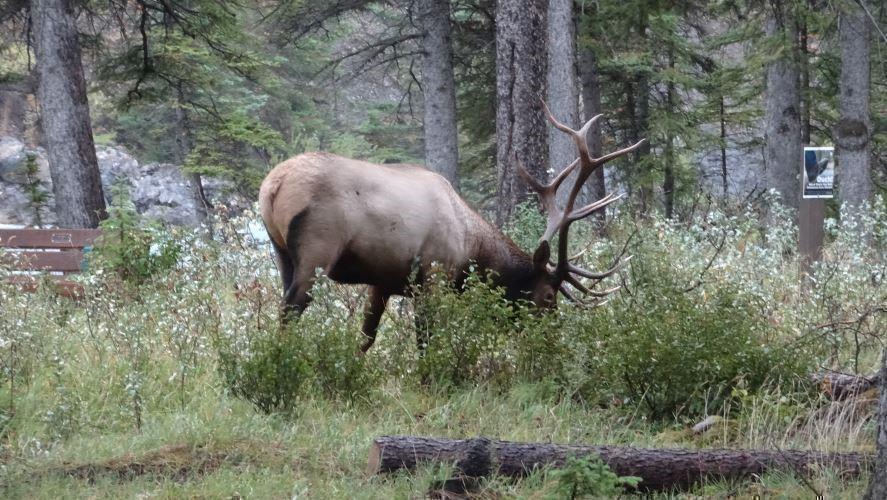 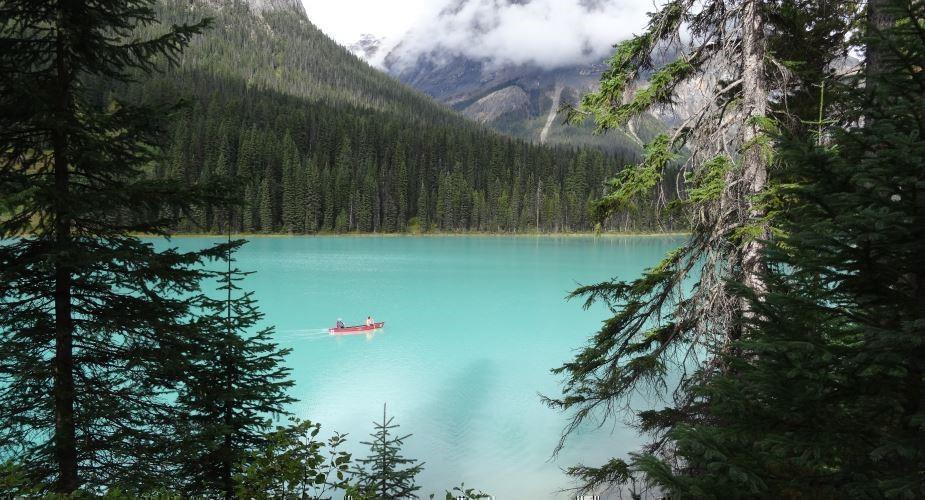 For a change from our usual type of holiday, we decided to be active for once, combining two places we have wanted to go to for some time - the Canadian Rockies and Las Vegas. Not your usual combination, I know, but it was certainly an enjoyable one. I have split the trip into three separate blogs, Banff, Jasper and Las Vegas (with the Grand Canyon).

We flew to Calgary which took around 8.5 hours. On arrival we picked up our pre-booked hire car and headed for Banff, where we were staying at The Moose hotel for our next four nights.

One thing you quickly find out about Banff is that the roads (and hotel in our case) are named after animals. There’s otter, elk, wolf, lynx and squirrel streets, to name but a few! Speaking of animals, it was rutting season for the elks, so we were forewarned by locals not to get too close to the males, or between the male and females, as they don’t always respond too well. We saw them a few times, mainly from a distance, until we took a walk along the Bow river one morning, and one appeared in the bushes. Then the deliberations started, do we turn back, do we carry on (not an option I was keen on). We decided in the end to take a wide berth, and walked well away from it, although then we came across the females but it was too late by then to turn back. There were locals watching it from the other side, who said we did the right thing, so that was OK. Despite the slight concern, it was fantastic to see them.

It was a 7am start to get to Moraine lake by 8am, as I know parking gets full early. Unfortunately, we were told it had been full since 7:15 so we carried on up the road to Lake Louise, where we parked.

Lake Louise was beautiful, with its turquoise water and mountain back drop. I think the morning is a great time of day to visit for taking photographs, before the sun gets too high and affects the lighting. Many photos were taken! We hiked up to Lake Agnes Tea House, which is approximately 4.5 miles round trip. It’s a steady climb and efforts are rewarded with a café that serves tea, scones and other snacks.

Back at the bottom, we caught a bus to Moraine lake, smaller than Lake Louise, but still very pretty. There are trails there and we did the short walk up to the top of the rock pile to get the best views.

Next stop was the Lake Louise gondola. There was a choice of an enclosed cable car or an open chairlift so your legs are dangling as you go up the mountain. We chose the latter, as it was better for taking photos and nice to be in the fresh air. There is a chance you can see bears down below, but we weren’t so lucky. There are great views from the top however, so it was still worth doing.

We visited a couple of canyons from Banff, one was Johnston Canyon and the other Marble Canyon, both have trails with viewpoints along the way, including waterfalls and looking down into the deep creeks below.

Other trips that we did included going up the Sulphur Mountain gondola – this was an enclosed cable car with great views of Banff and its surrounds from the top, and a drive to Lake Minnewanka, not far from Banff and worth going to, (we did a boat trip there as well). If you don’t mind driving a little further, there’s Yoho National Park which has the impressive Takakkaw Falls together with a natural bridge and Emerald lake.

We really enjoyed the town of Banff, with a great choice of restaurants and a great base to explore the surrounding areas.

Then it was onwards to Jasper, which you can read all about in my next blog.