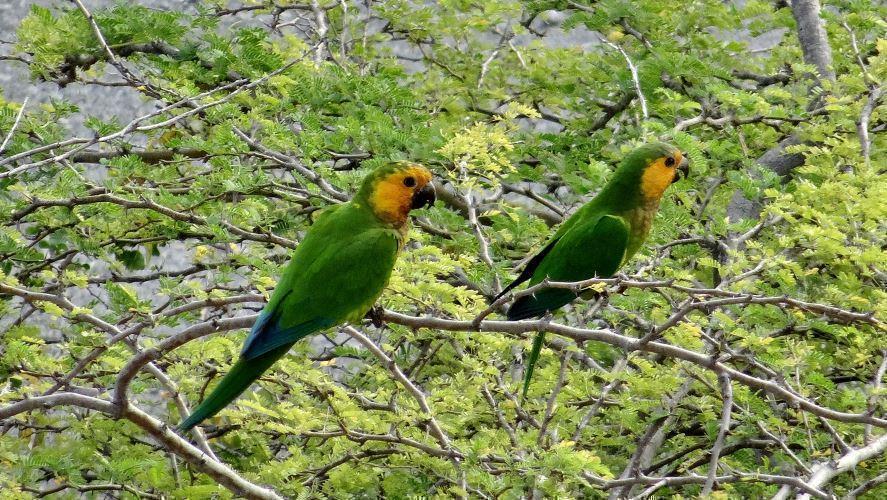 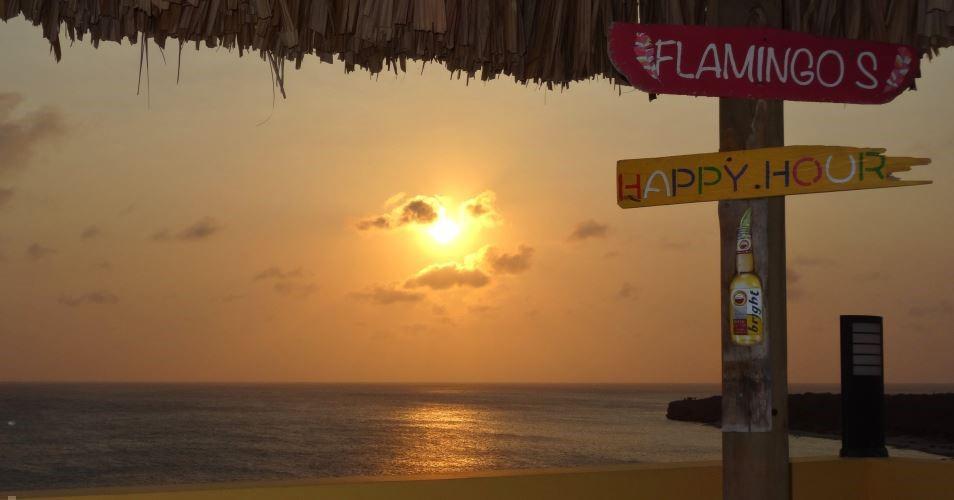 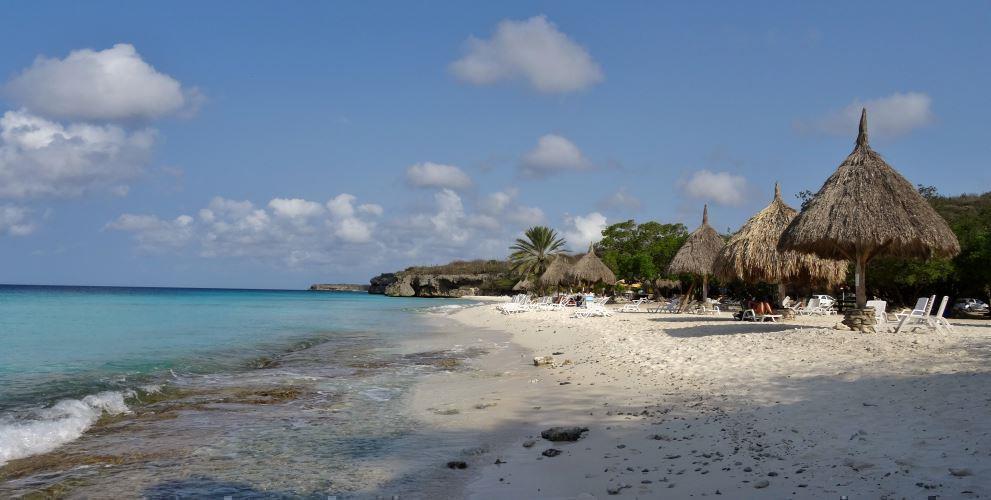 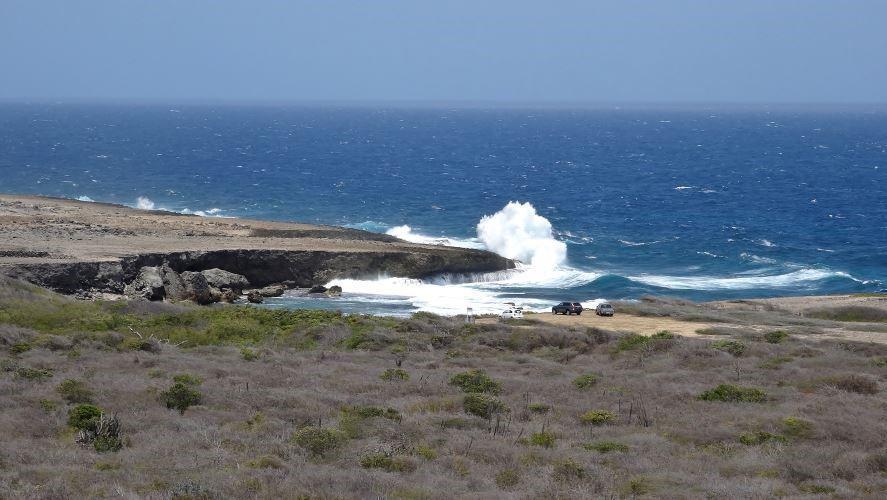 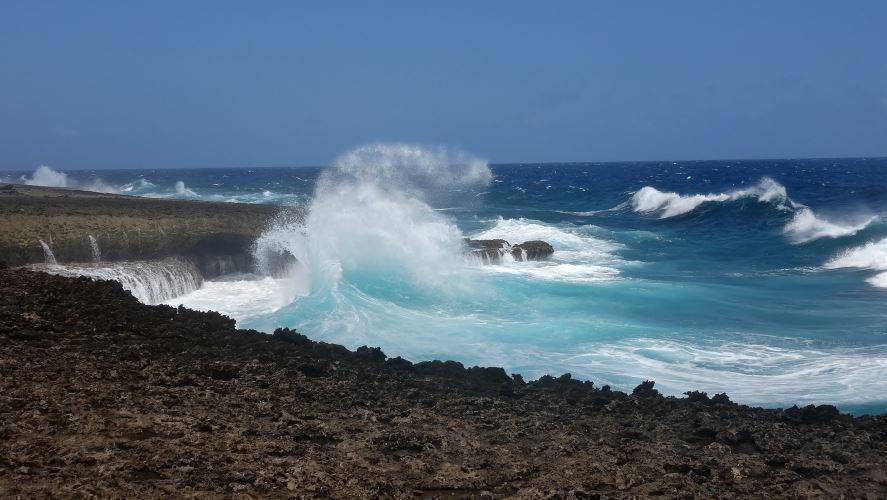 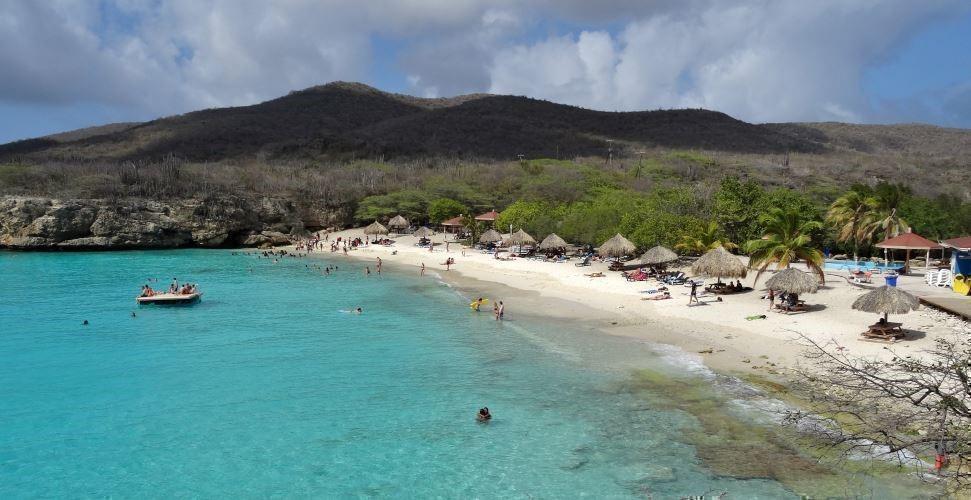 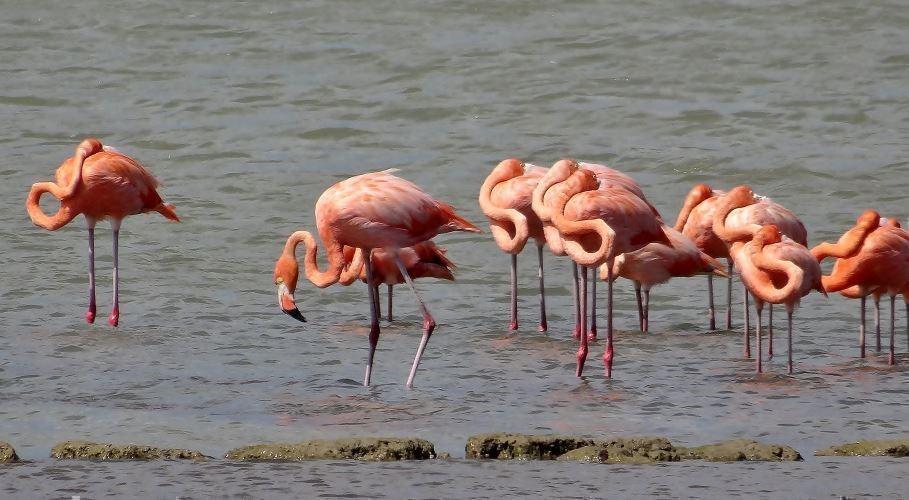 Our welcome holiday this time took us to Curacao, which is a Dutch Caribbean island, just North of Venezuela. It’s a little off the beaten track for us Brits, with no direct flights, meaning that we had to fly from Manchester via Amsterdam. The journey time including the stop in Amsterdam was about 12 hours, so not bad at all.

We collected a car at the airport and headed to Cas Abou on the West coast of the island, our home in the sun for the next two weeks.

Starting with the beaches, we discovered three lovely sandy ones by car. Cas Abou itself has a great beach, with good snorkelling from the shore. You pay a small entry fee to get to the beach, and the equivalent of a couple of Pounds for a sunlounger which includes access to the showers and changing rooms. There is also a restaurant serving snacks and drinks, together with a watersports centre. The other beaches were further North on the West coast and we went snorkelling again at one of them and saw a good variety of fish. The average sea temperature is 80 degrees, so even I could go straight in without sharp intakes of breath!

We had a few trips out in the car to see more of the island. One place we visited was Willemstad, which is the capital, and has pretty pastel coloured buildings overlooking the water. There is an interesting swinging pedestrian bridge, called the Queen Emma, which spans St Anna Bay and connects the Punda and Otrobanda areas of the Capital. It is hinged and opens to let boats pass through, but if your timing is out, and you can’t cross because of this, you can always catch the free ferry to take you across the water.

In the North of the island are a couple of National Parks, Christoffel and Shete Boka. The former is the larger of the two and you can choose to either drive round or follow some of the hiking trails. If you are feeling energetic you can also climb Mount Christoffel, which is the highest point on the island, but you are only allowed to do this before 11am due to the heat. We drove! For me, Shete Boka is the more spectacular of the two, because you are by the sea and on the day we went, the waves were really crashing in against the rocks. There are viewing platforms in strategic locations, offering great views and where you can feel the spray from the ocean.

A particular highlight for me was seeing some of the wildlife which included Flamingos, Parakeets, Humming Birds, and the national bird of Curacao, the Troupial with its striking orange colouring. On the occasional morning when I managed to wake up before 7am, it was great to open the windows and listen to the sounds of the tropics.

As far as eating out is concerned, Willemstad has the majority of restaurants within close proximity of each other, including a collection in what was a fort, built in the 1800s. Other good restaurants are scattered around the island, with some being nicely located at former plantation houses.

Another great holiday was had by myself and Mr D! So if you’re looking for somewhere a little different because of its Dutch influence that most people haven’t heard of, Curacao could be the place for you.

If you would like any more information, please don’t hesitate to get in touch.