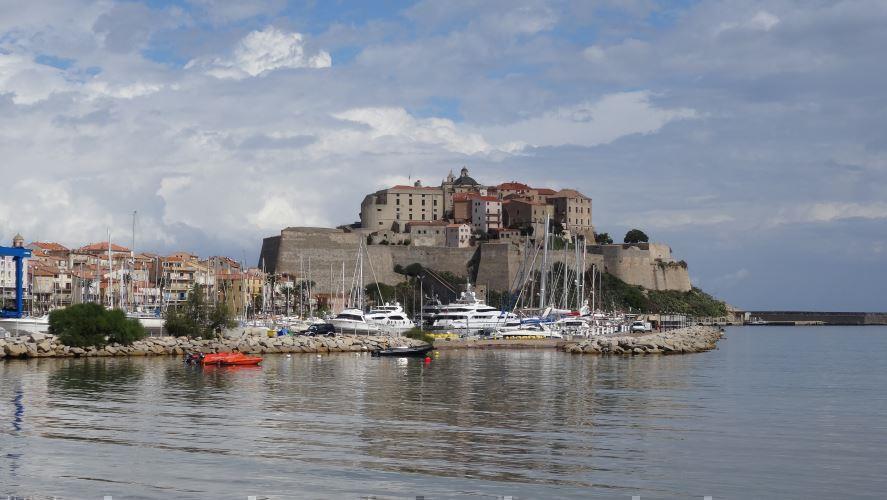 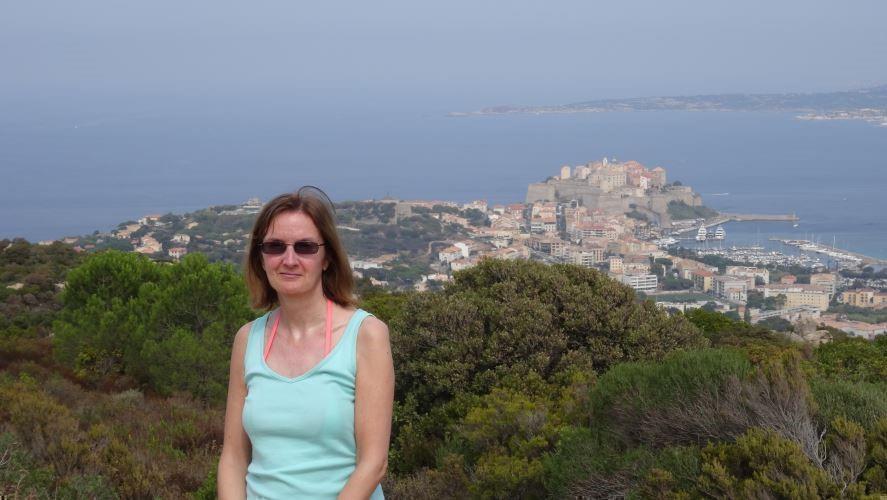 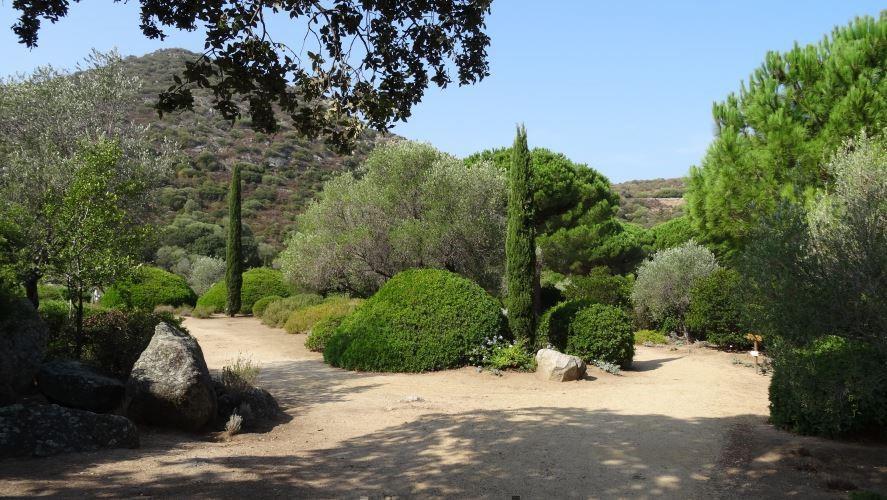 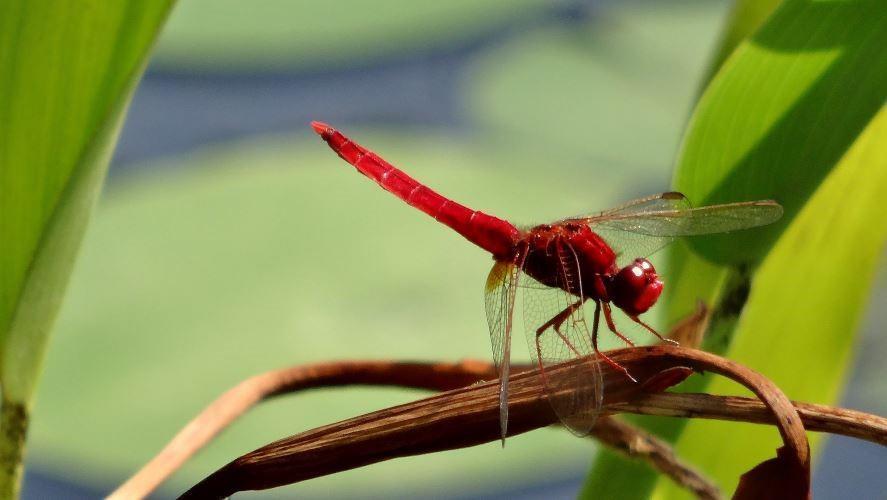 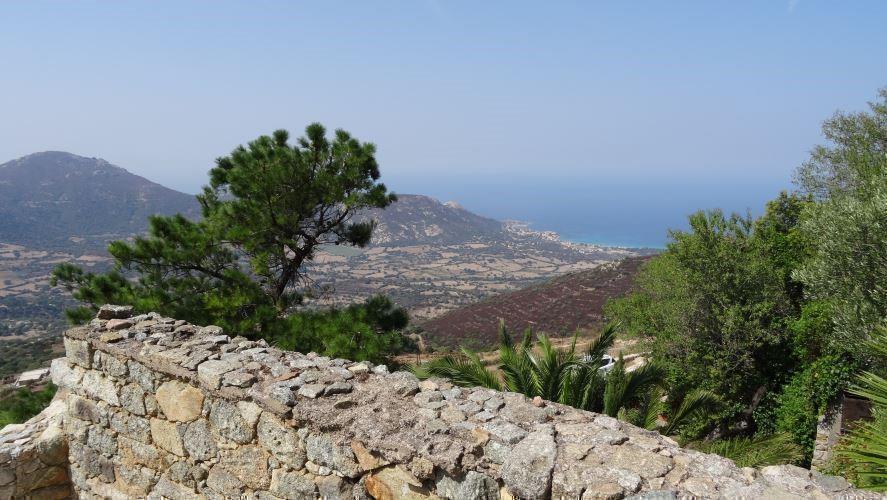 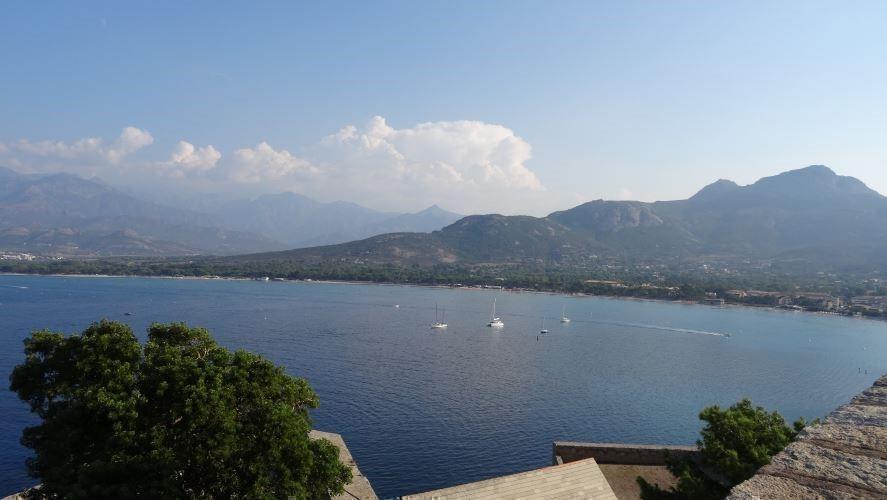 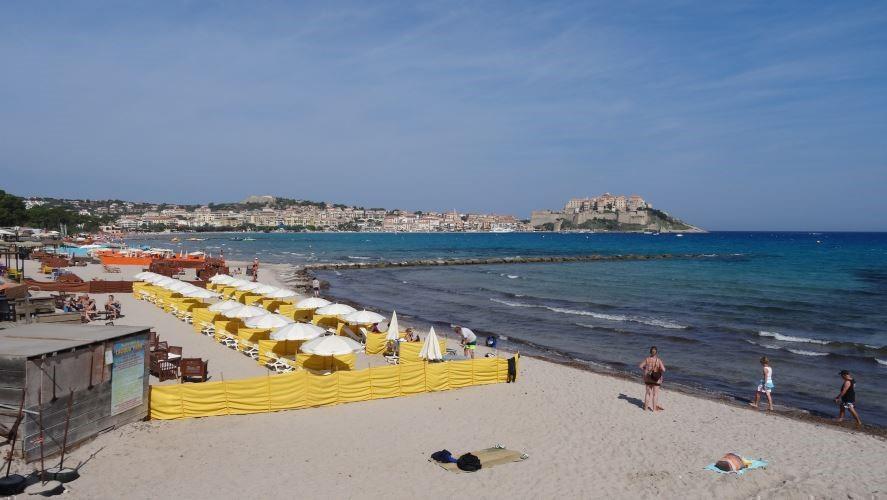 We fancied trying somewhere different for our September holiday this year, so the French speaking island of Corsica was our destination of choice.

Just a two hour flight from Manchester to Calvi, and a short 20 minute drive on arrival to the town in our pre-booked hire car, made for a very easy journey.

Calvi is a lovely, small town on the North West coast of Corsica. With a 13th century citadel offering fantastic views of the marina and town below, and a good selection of restaurants both in the citadel and in the town, what’s not to like! It also has a long stretch of beach for those lazy days in the sun.

The majority of tourists that stay in Calvi are French and Italian, so although there are some menus in English as well as French, there are others that are in French only. My basic French, learnt in school thirty years ago, came in handy! Popular dishes on the menus included pasta, fish, lamb and wild boar. Local wine was available at all restaurants and if drinking the house wine in particular, it became good value.

We made use of the car on a couple of occasions, and went on trips to L’Ile Rousse, Algajola, Parc de Saleccia and Sant’Antonio.

L’Ile Rousse is a seaside town, about 40 minutes’ drive from Calvi. It has a sandy beach and the town is very pleasant to walk around with lots of cafes (serving very nice ice cream according to my husband!), restaurants and shops, as well as a square where you can watch the locals play petanque.

Algajola was quieter, smaller and more laid back, with a citadel, a sandy beach and a smattering of restaurants. Perfect. We also went back here one night and had a lovely meal.

There is also a train that runs from Calvi to L’Ile Rousse in the day time, with stops at different points along the coast, including Algajola, if you don’t want to drive.

Parc de Saleccia is just past L’Ile Rousse and is landscaped gardens that you pay to enter and walk round – €9 per person when we went. It was an enjoyable way to spend an hour or two, and it has a café where you can get a bite to eat or a drink at the end.

Sant’Antonio is the oldest inhabited village in Corsica, is perched on top of a hill, and looks spectacular as you approach. Once there, it is just as pretty and is mainly pedestrianised due to its cobbled streets and archways. There are steps or steepish cobbled slopes to get to the top, but its well worth it. There are great views to be had from the selection of restaurants at the top.

Speaking of views, sitting above Calvi, there is the Chapelle de Notre Dame de la Serra, which we drove to, but if you don’t mind walking up hill, then that’s an option. From this church there are spectacular views of Calvi. As far as accommodation is concerned, there are hotels, apartments and villas, so something for everyone.

We had a fantastic time and I can definitely recommend staying in Calvi or the other places we visited along the coast.

If you want to know more, please don’t hesitate to get in touch.