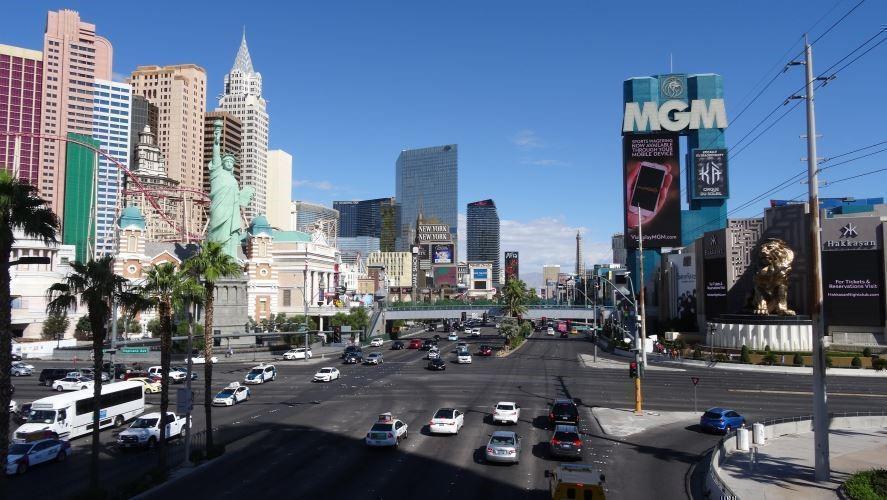 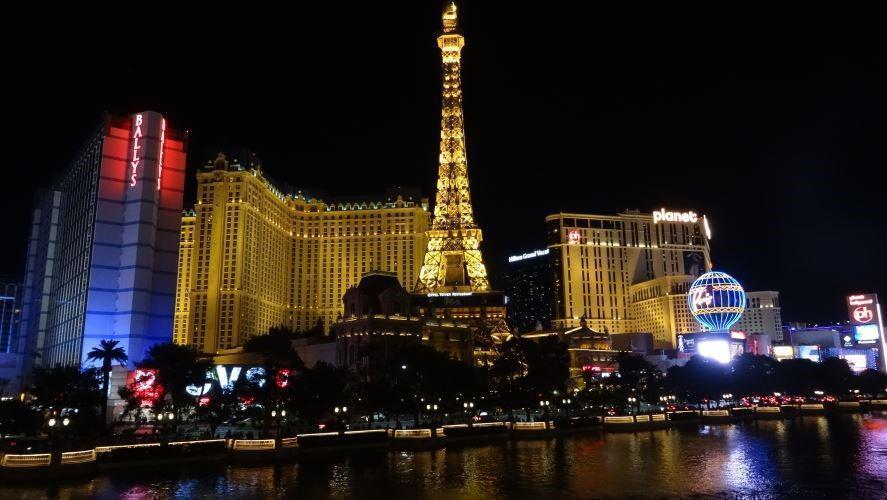 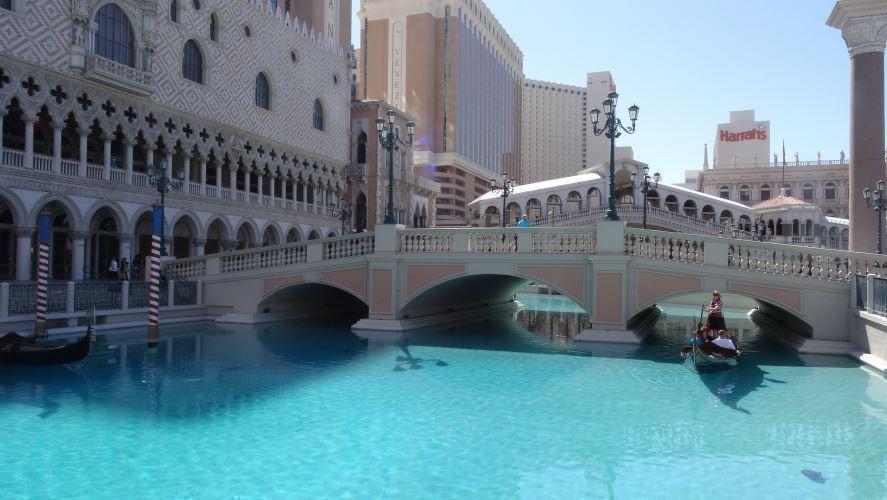 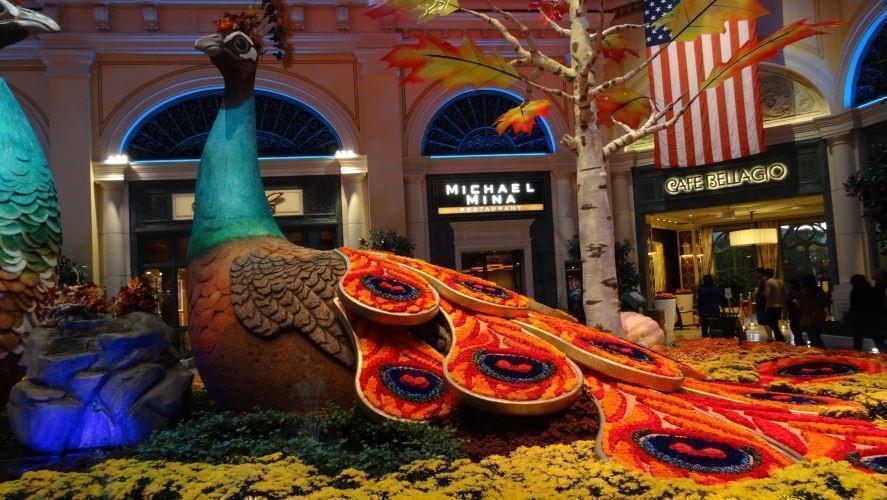 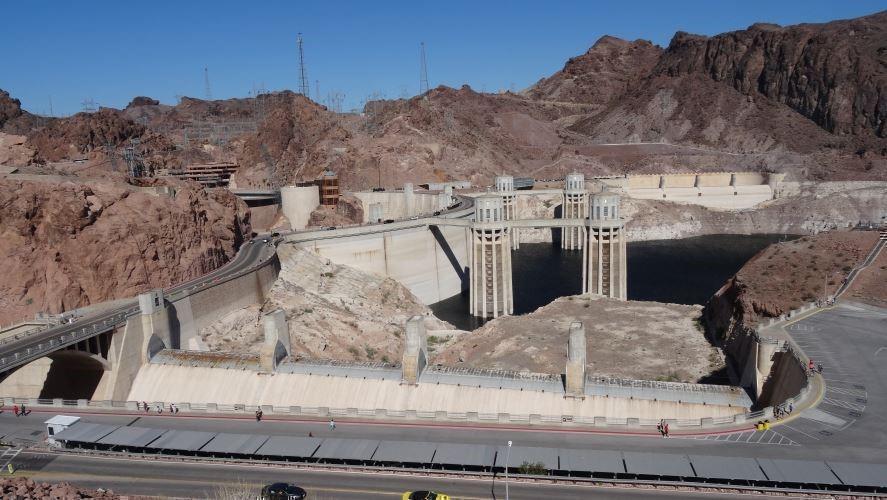 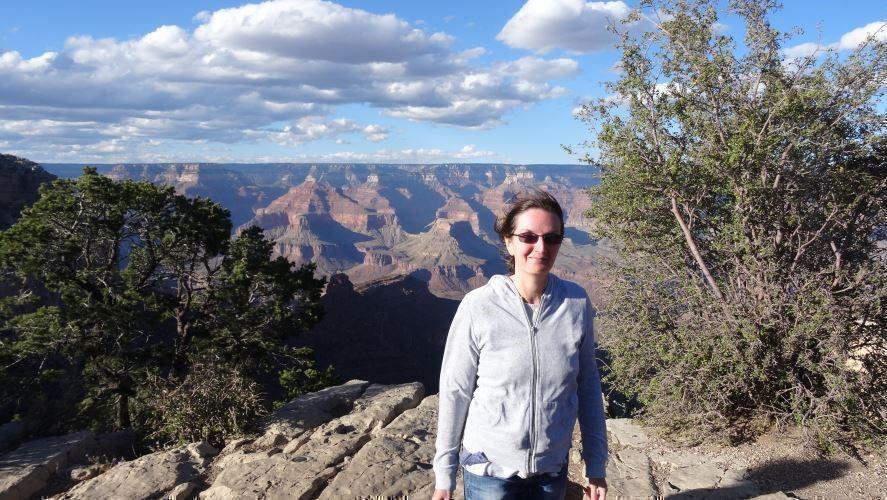 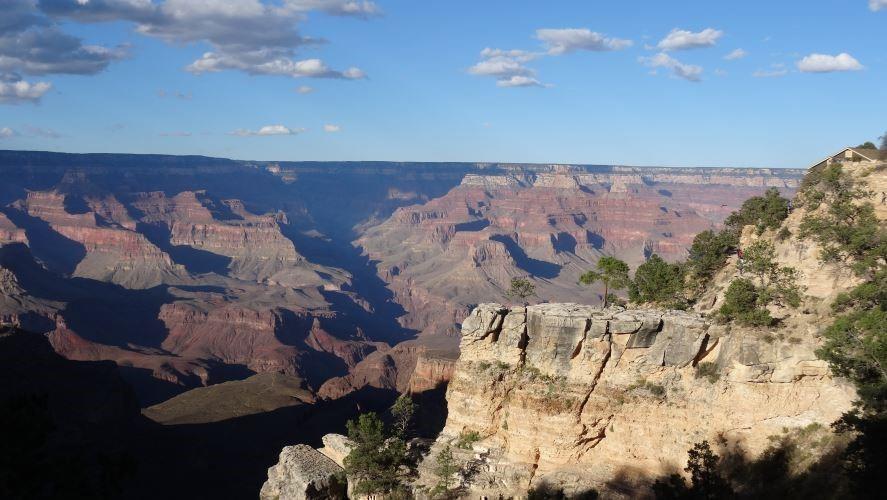 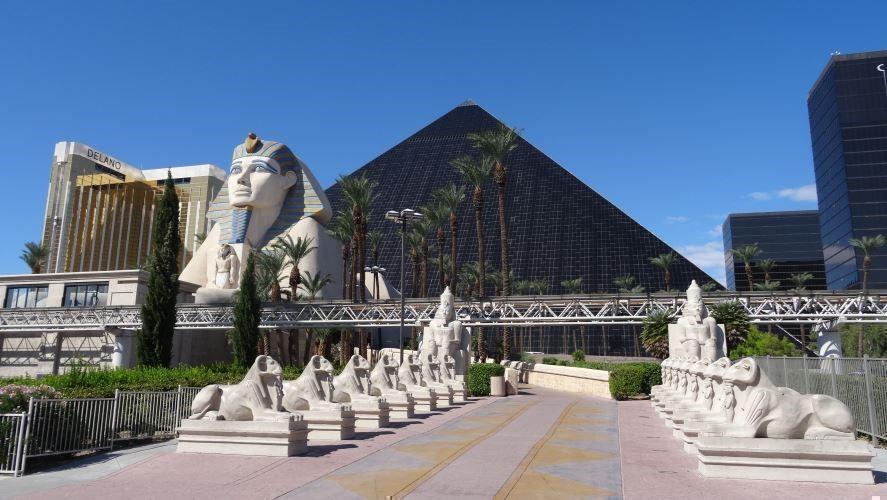 After our fantastic stay in Canada (see other blogs for details) we took a 2.5 hour flight from Calgary to Las Vegas, where we had a 6 nights stay at The Signature at MGM Grand, one night of which we spent at the Grand Canyon. Although we bought a couple of monorail passes during our time there, we still ended up doing a lot of walking. It’s a place where everything looks close, you can see the hotel you want to go to, but you walk for a while, and it hasn’t got any closer! We needed to walk though, to try and work off some of the huge portions they serve.

We looked at various hotels to look at their star attractions, such as the Eiffel Tower at The Paris hotel, the gondolas and canals at The Venetian, and the Statue of Liberty at the New York New York. Then there are the fountains to music, at the Bellagio and the Wynn. We had an evening meal at the Bellagio overlooking the fountains, which was great. They also have a conservatory in the hotel with great displays using flowers that they change throughout the year. Outside the Mirage hotel they have an erupting volcano, which goes off twice a night in the week, with an extra show on Friday and Saturday, so there are lots of things to see without having to pay a penny.

We saw a show at the MGM while we were there, which was Cirque du Soleil – Ka. This was the most amazing production, with speakers incorporated at ear level in every seat, providing surround sound music and effects. There is also a 360° rotating stage which alternates between being horizontal and vertical which ensures the show is out of the ordinary. With the incredible acrobatics, especially on the ‘Wheel of death’ it was quite a spectacle. There are so many shows to choose from and there are often famous singers on throughout the year, so it’s worth looking to see what’s on before you go.

As I mentioned at the beginning, we spent one night at the Grand Canyon (South Rim) during our stay, by picking up a car in Las Vegas and driving there. It took just under 7 hours, with a stop to look at Hoover Dam and then another stop for lunch, closer to the Canyon. It’s difficult to get to grips with the size of the Grand Canyon. It is 277 miles long, and at the South Rim it is said to be a vertical mile from the rim to the river, and 10 miles wide, although it is wider in other parts. You don’t really get that perspective seeing it up close, but it certainly looked vast and spectacular. There are free buses that take you to various viewing points along the Canyon, which we used to watch the sunset. We were up early the next day for the sunrise and it didn’t disappoint.

Then it was back to Vegas for a bit of a flutter. I didn’t win but it was worth a go!

Overall we had a fantastic time, with great experiences and lasting memories.

If you would like any more information about Las Vegas or the Grand Canyon, please don’t hesitate to get in touch.