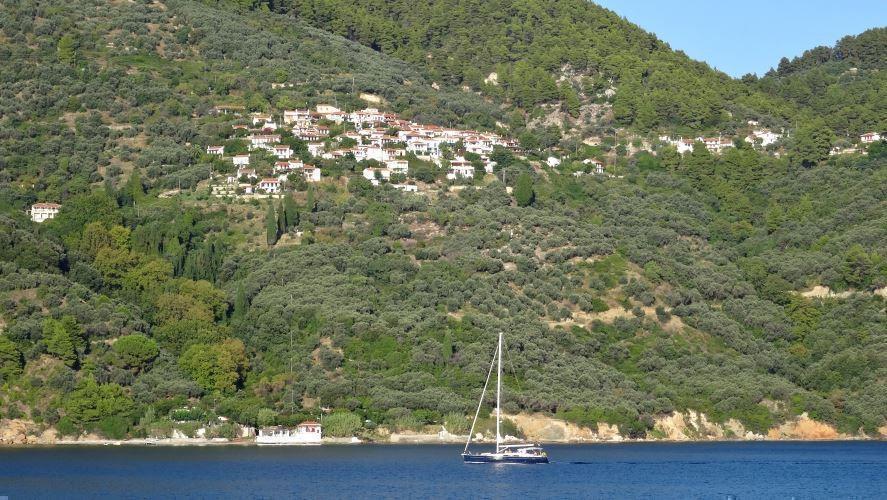 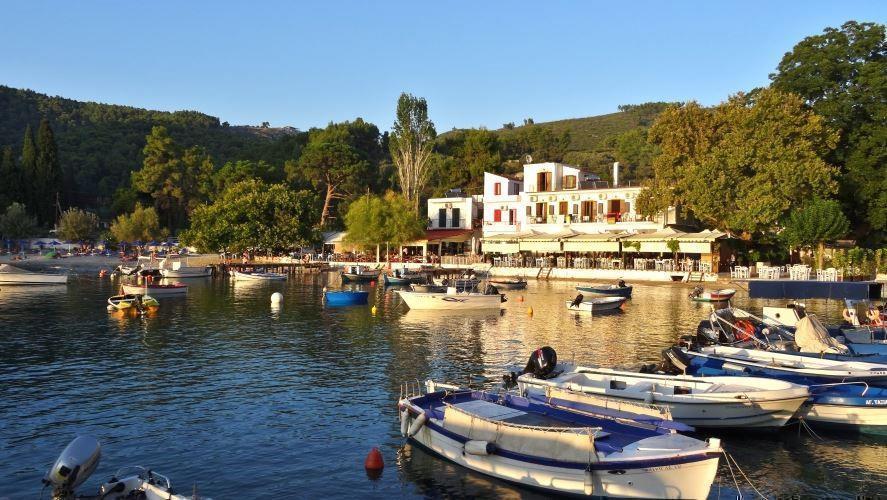 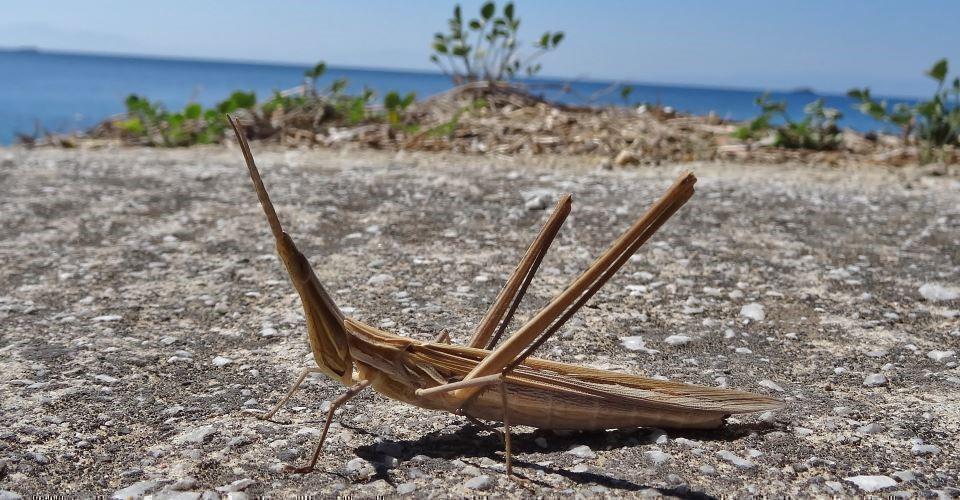 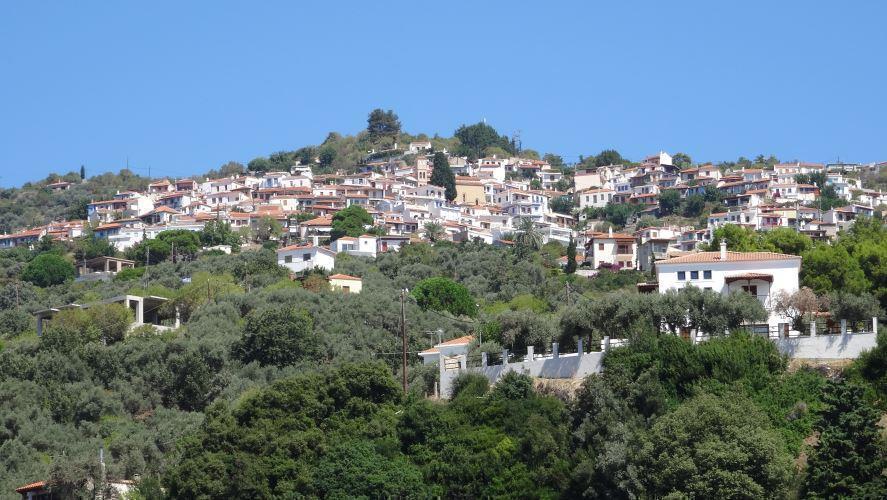 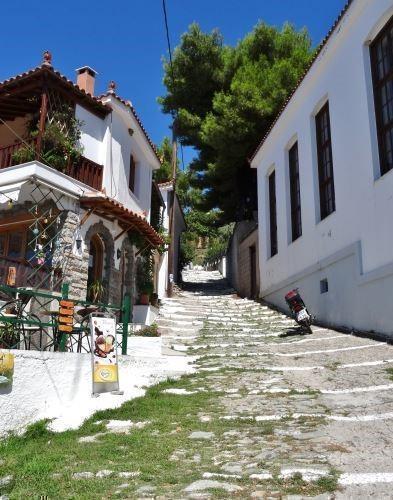 As a big fan of Greece and its quieter islands, I decided Skopelos was next on my list. I love trying new places and couldn’t wait to get there.

It doesn’t have its own airport, which was another draw, as it retains its charm and hasn’t been developed like some other islands. We flew into Skiathos, and from there caught a sixty minute ferry to Skopelos, where a rental car, that I had pre-booked, was waiting for us. There are two main ports on Skopelos - Loutraki and Skopelos Town, and it may depend on what time your flight arrives in as to which ferry from Skiathos you are booked on.

We stayed just outside Skopelos Town, which we went into most evenings to experience the wide choice of tavernas and their traditional Greek food. Nearly all had the delicious spiral shaped Skopelos cheese pie, which we found hard to resist as a starter, and the Greek staples of Kleftiko (slow roasted lamb, wrapped in parchment paper with potatoes, garlic and vegetables), Souvlaki (grilled pieces of meat on a skewer), and Greek Salad, to name but a few. Prices were reasonable, and on average, a meal for two, with one starter and two main courses, plus a drink each, was coming to around thirty Euros.

Skopelos Town is a great place to wander round, with its steep streets, meandering up the hillside from the harbour, and its waterfront promenade, where the majority of bars and restaurants are found. You can take various boat trips from here, including to Alonissos Island or Skiathos. There are a few souvenir shops, but more importantly lots of cake shops! Afternoon tea became a bit of a ritual, with orange cake being a firm favourite.

Glossa, inland and about a thirty minute drive from Skopelos Town, is even more authentic, with its whitewashed houses, even steeper slopes and a few tavernas. Agnondas is another place worth a visit. It is a pretty little port with three tavernas. I also couldn’t go to Skopelos, the island where most of Mamma Mia was filmed, without going to the Agios Ioannis chapel, where the wedding scene was shot. It’s a stunning location, built on a 100 metre promontory, with lots of steps to get to the top. I don’t know how the film crew managed to carry all their equipment up there! There are various trips you can take to other Mamma Mia set locations, if you are a big fan.

Accommodation varies from self catering to hotels, so something for everyone.

We had a lovely time and can recommend Skopelos, if you like somewhere a little off the beaten track, with a good choice of tavernas, and friendly locals.

If you would like more information, please don’t hesitate to get in touch.