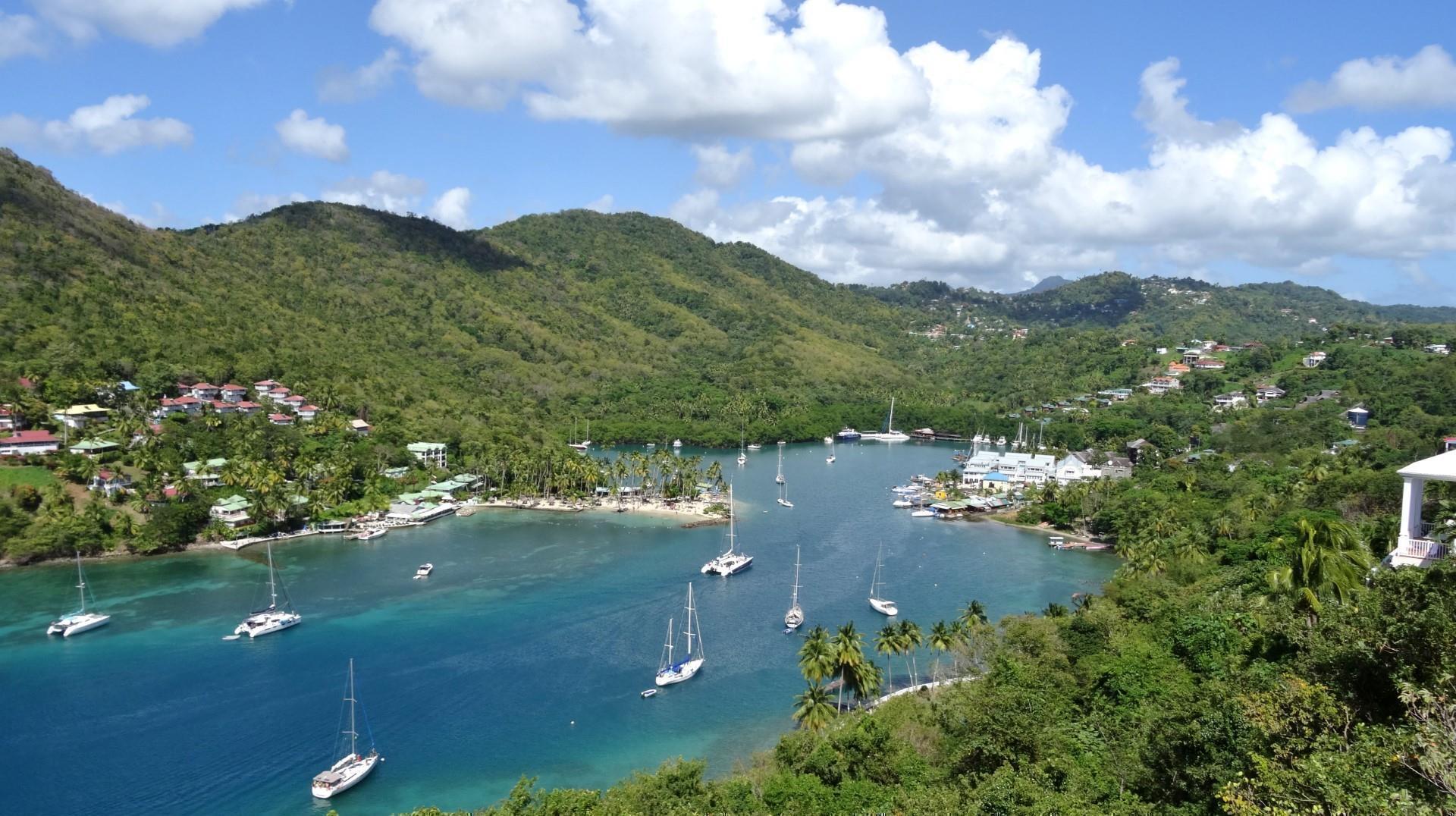 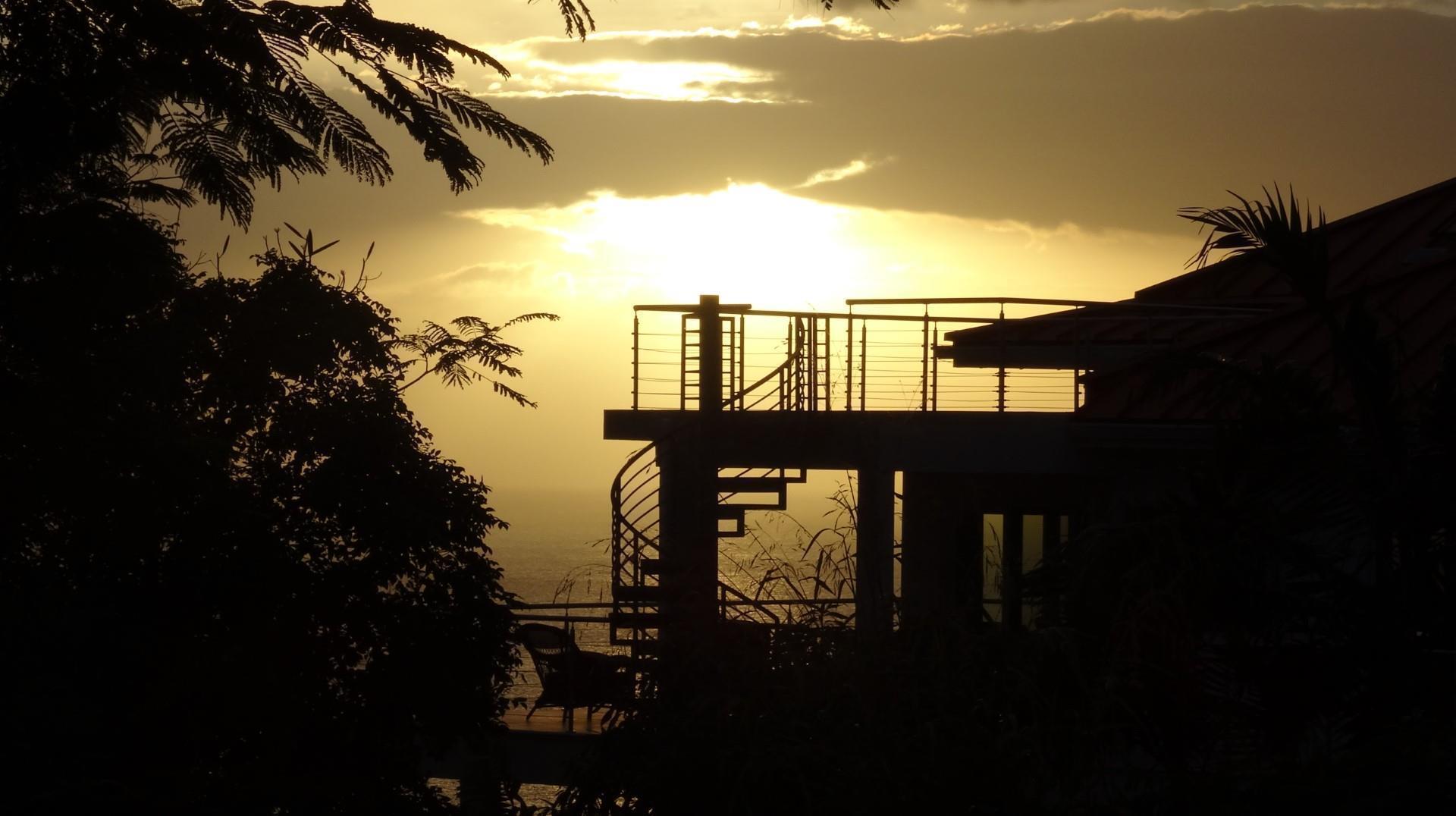 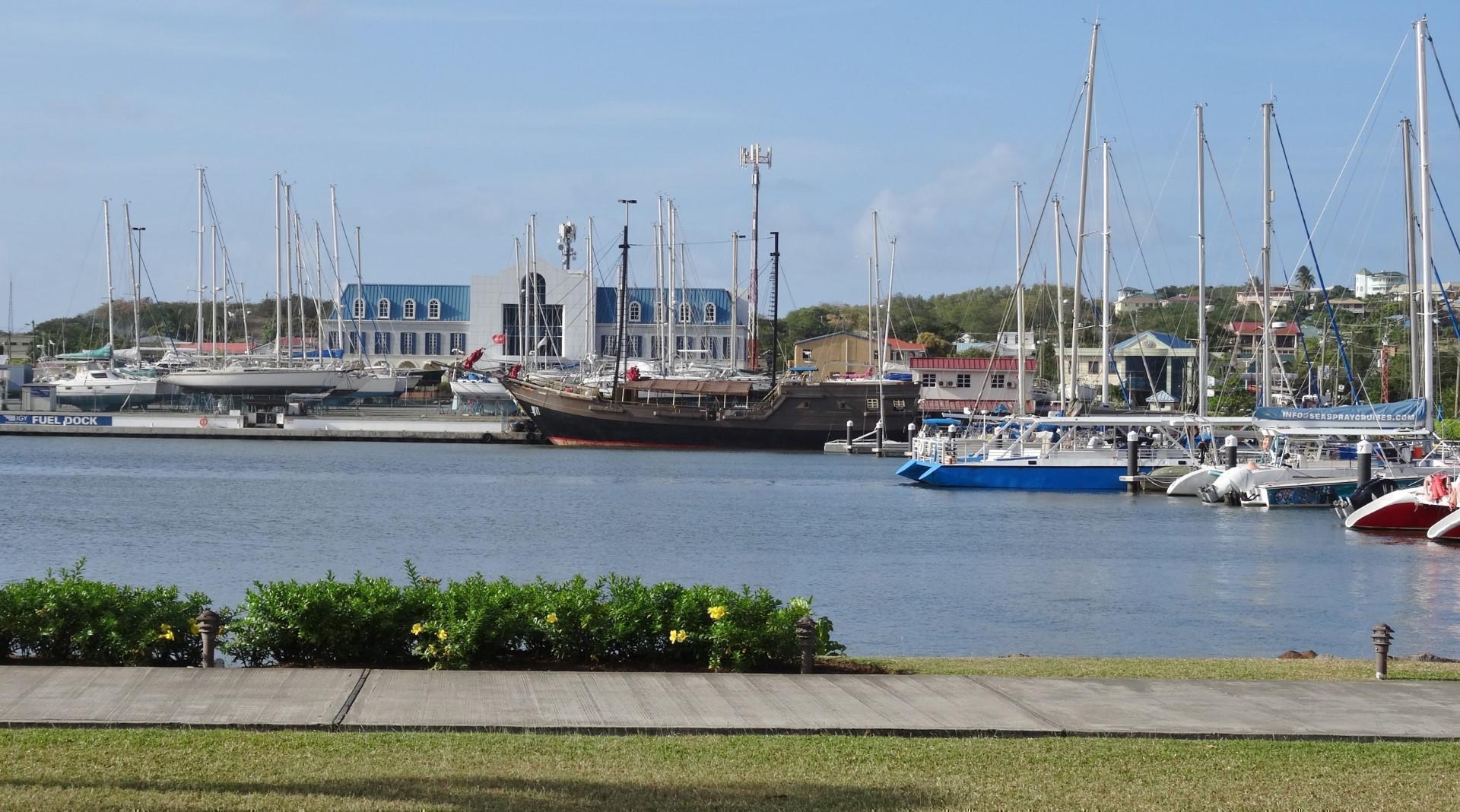 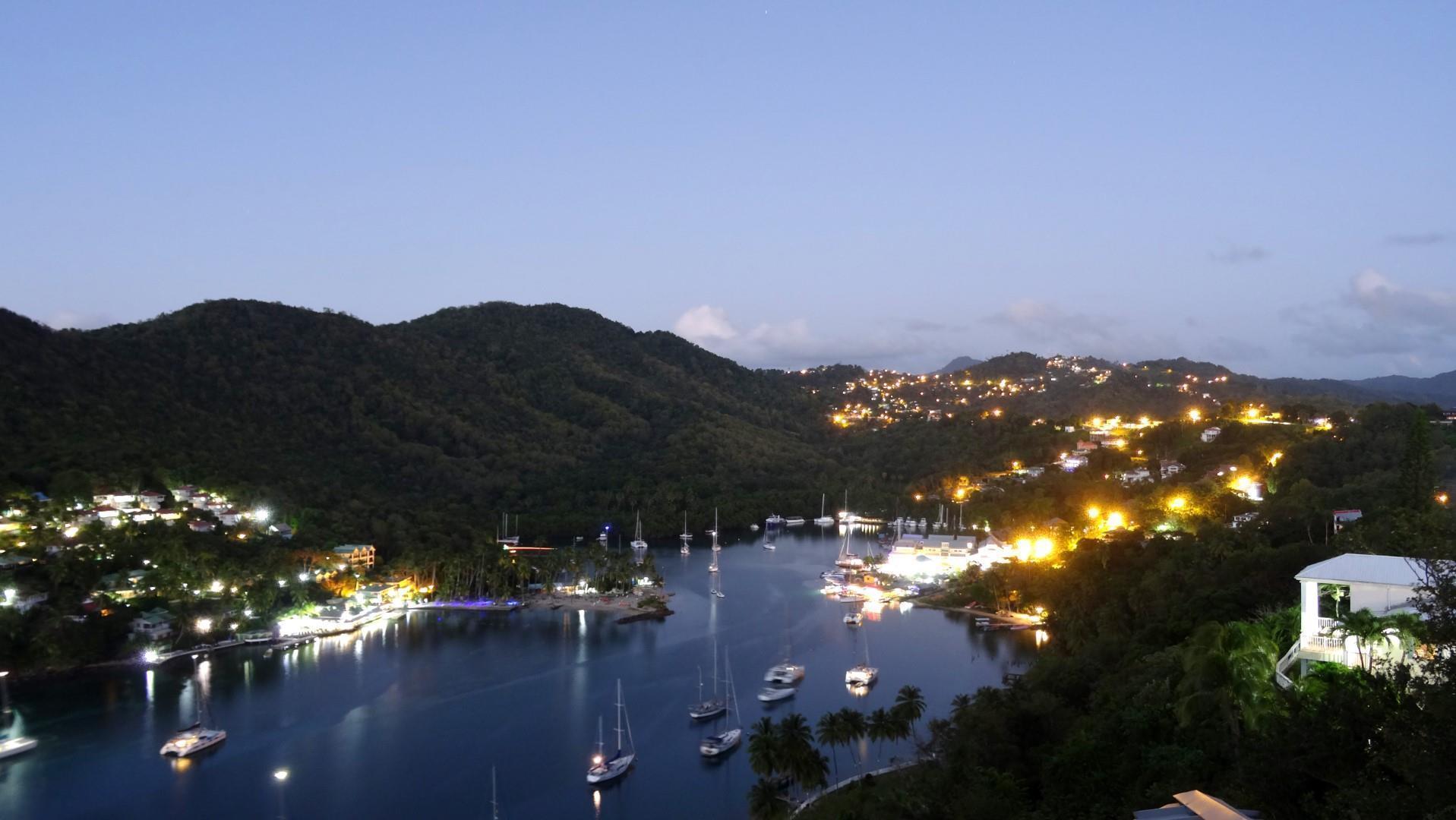 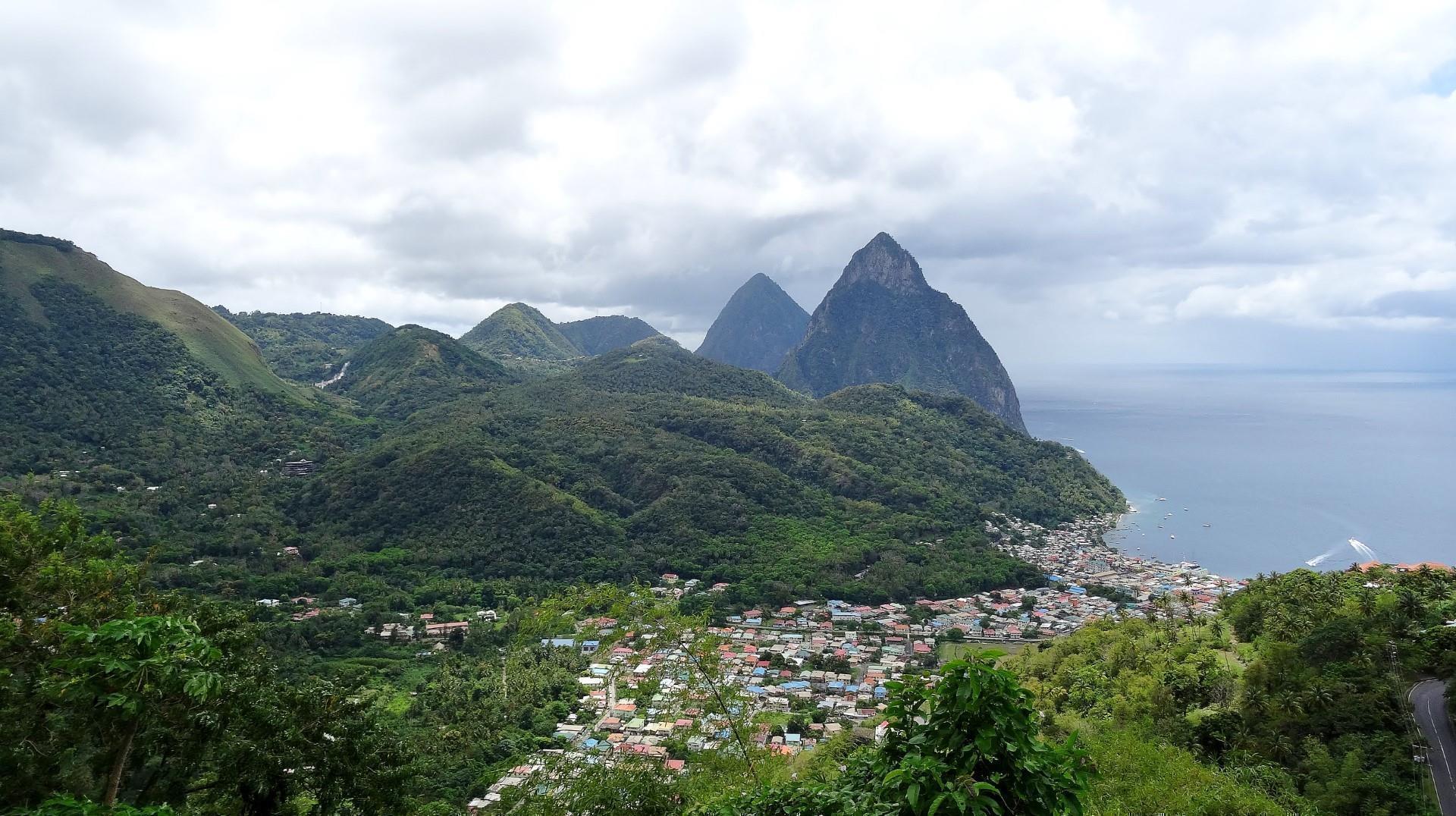 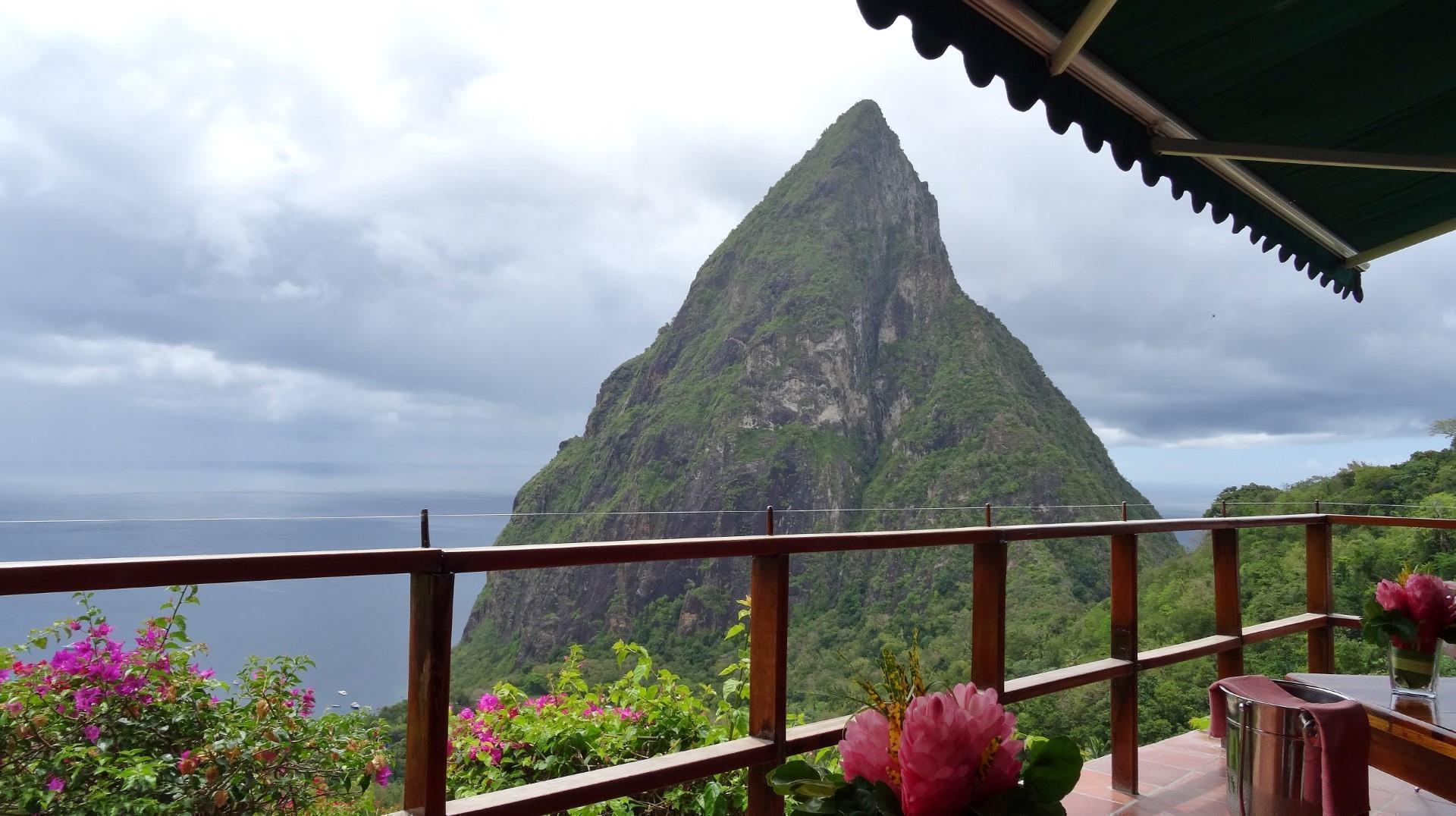 The Caribbean is one of our favourite parts of the world, and as we hadn’t been to St Lucia in 11 years, it was time to go back.

We flew with British Airways from Gatwick which took 8 hours 40 minutes, once they had de-iced the plane at Gatwick! What a contrast in temperature when we walked down the aircraft steps in St Lucia. Off with the coat and on with the sunglasses!

We had pre-booked a car and collected it at the airport, the drive taking just over an hour to Marigot Bay, which was where we stayed for the next two weeks.

It has a pretty bay with a laid-back feel, where people moor their yachts and catamarans, and is great for people watching. There are half a dozen restaurants, some of which you need to get a boat across the bay to, which is free as long as you use the restaurant, and all adds to the charm. A meal for two of us, consisting of a main course each, a glass of wine and a coke, would come to about £60 on average.

We took an enjoyable sunset cruise, as far as The Pitons, which are two green volcanic peaks that come out of the sea. On another day we drove to the Millet Bird sanctuary, but as we got lost on the way (took the scenic route you might say), we ended up being there close to midday when the birds were having a siesta! It was an enjoyable walk none the less, through the rainforest with a guide, and we did see a few birds, plus the guide showed the herbs that were growing there and talked about their medicinal uses. I would recommend if you do go, to either book a driver/taxi to take you there and pick you up again as they will know where they are going or ask the locals for directions sooner rather than later!

We also drove to Rodney Bay in the north of the island, which is where we stayed last time we went, as we wanted to go back to The Big Chef Steakhouse which was a favourite restaurant of ours. It was still just as good, luckily. There is a nice beach in the resort, and it has a good selection of restaurants and bars, including at the marina nearby.

The rest of our holiday was taken up with relaxing in the warm temperatures, as we toured the island extensively the first time we visited. It’s hard work but somebody has to do it.

On our last day we stopped for lunch at Dasheene restaurant at The Ladera Resort hotel, on our way to the airport. We remembered it from last time as it has stunning views of the Pitons from the restaurant, so if you want lunch with a view, I can definitely recommend it.

We treated ourselves to flying back in business class, as it was our wedding anniversary, and all that that entailed, including the champagne when you get on, the food being served on china plates, and most importantly the flat bed, were fabulous.

Overall, we had a great time in St Lucia, and I’m sure we will be back.

If you would like any information, please don’t hesitate to get in touch.