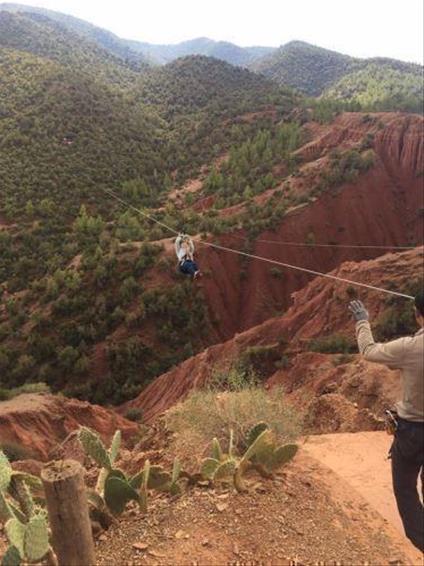 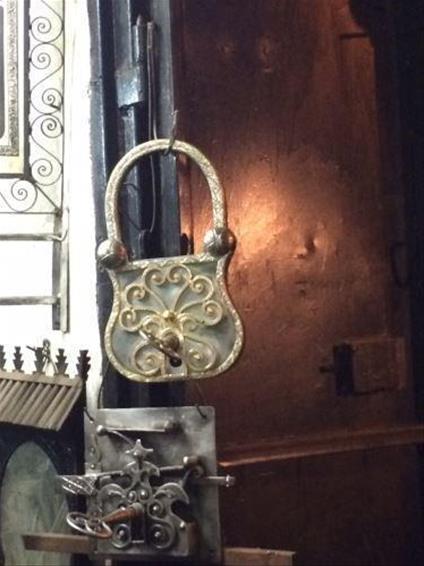 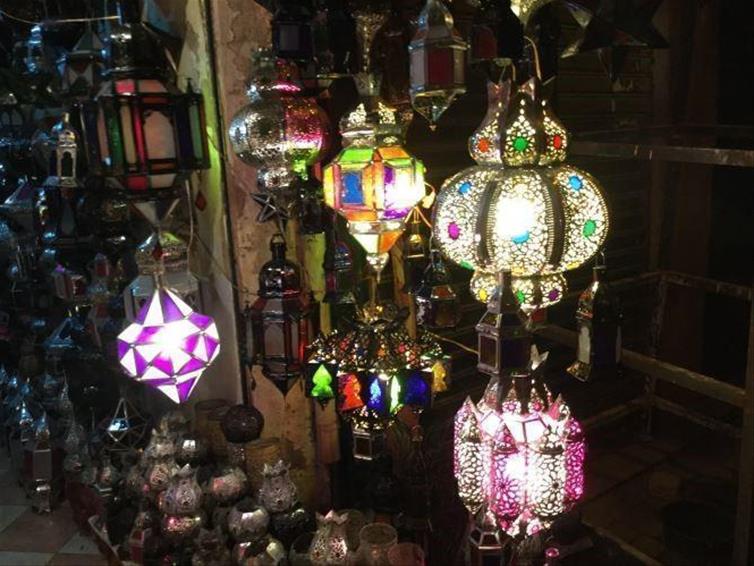 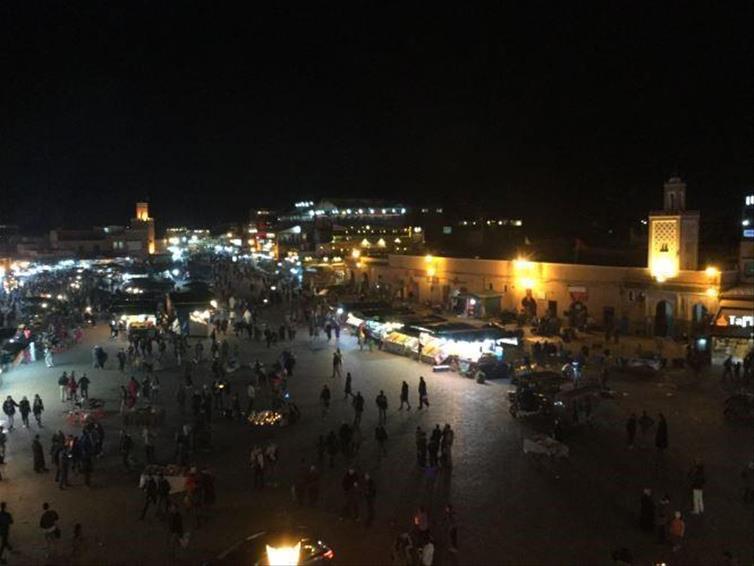 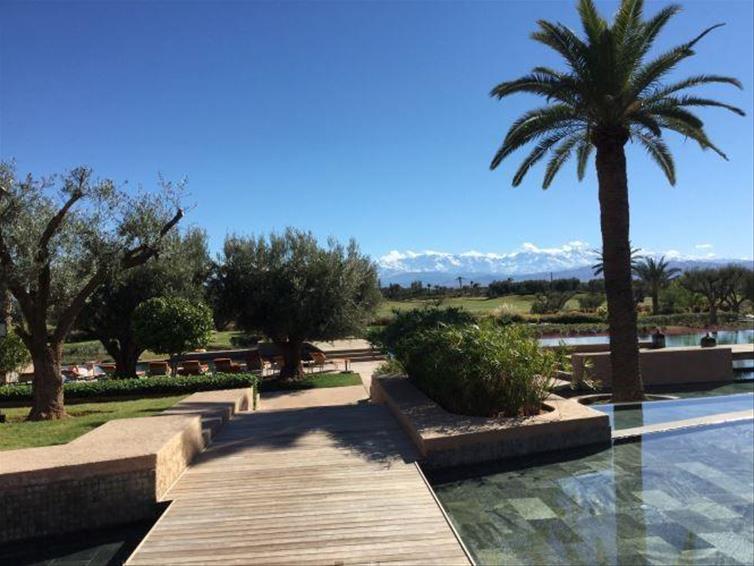 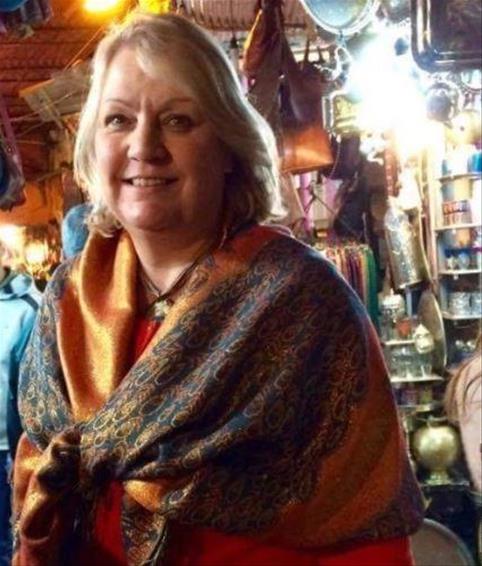 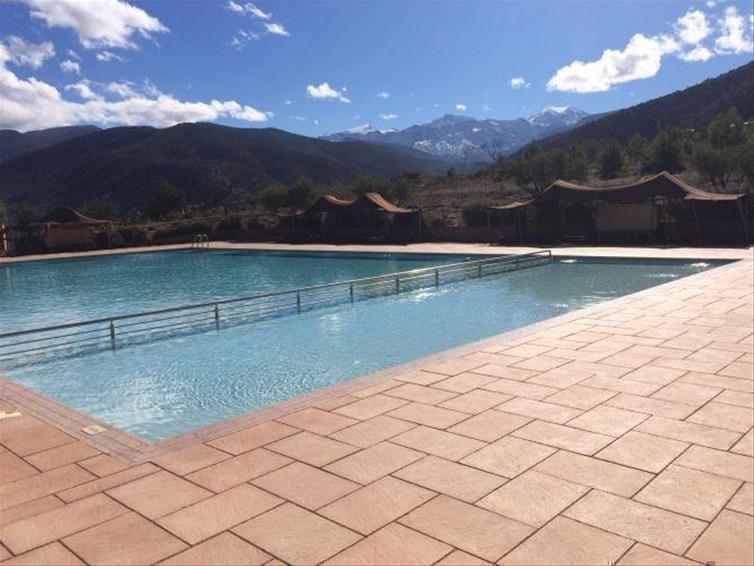 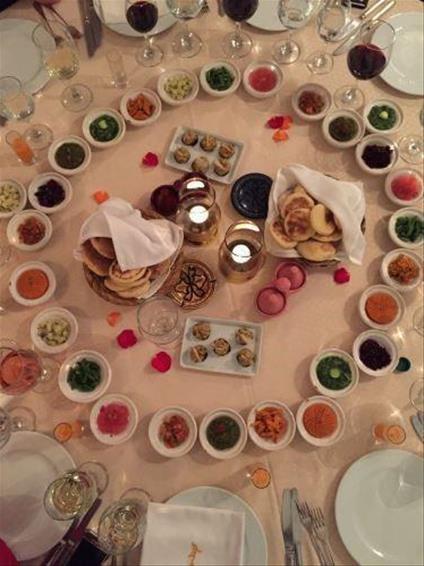 There is something very magical about Marrakech, from the moment you touch down all of your senses are stirred. The smell of cinnamon and rose water, the sounds of the calls to prayer from the Koutoubia Mosque, the vibrant clothing and colourful painted tiles and Tagines in the souks.

Marrakech is only a three hour flight from Gatwick and could easily be a weekend destination. I was lucky to be in a group of Travel Counsellors as guests of the Moroccan Tourist Board. My guide was the fabulous Majida from London. On arrival we met with our drivers and were taken to our hotel. The scenery on our drive out was a mixture of beautiful pink coloured stone buildings and very green lush gardens and trees. The hotels in Marrakech are varied with lots to choose from for every budget. The traditional Riads are also popular as they allow you to stay in smaller family style houses right in the towns so you can experience the culture up close.

On arrival we were served traditional sweet and delicately perfumed Moroccan tea in glasses followed by sweet pastries.

In the evening we were taken to see the famous Jemaa el-Fna square. It was dusk when we arrived and on our approach to the square the horses and carriages were waiting in line for the tourists to ride. The square itself is huge, with lots of music and open stalls. Each area of Morocco has its own style of music and people sit in small family groups playing their music and eating. It is a real family event with children playing with illuminated spinning tops and dancing.

Further into the square is the main souk. Our guide Jamal showed us around and for the next hour we walked for what seemed like miles and I was amazed that there were so many stalls selling everything from scarves to giant padlocks! I couldn’t resist bartering for some candles and lovely Moroccan tea glasses. One of the areas we visited was where all the artefacts are made, the craftsmen and women making the leather shoes and the metal ware. After our walk we went up to one of the main cafes overlooking the vibrant and bustling square and looked down over the balcony as we drank Moroccan tea.

Later that evening we were invited to the beautiful Riad Kniza for a traditional meal. The Riad was hidden down a labyrinth of streets in the main town. On arrival the musicians were playing and during our meal they entertained us with their dancing and swirling shashiya hats with tassels. The food was delicately spiced. I am a vegetarian and found lots I could eat in Morocco. The vegetables are cooked slowly in a tagine and flavoured with cinnamon or saffron and served with cous cous. Lamb tagine with apricots and figs slowly cooked was also served. One unusual item was filo pastry with duck inside and coated with icing sugar! They certainly have a sweet tooth.

At the end of my first day I felt like I had been there a week as I had experienced so much.

Day two was a visit to the Mamounia Hotel, and I saw the Winston Churchill suite. The carvings in the plasterwork in Morocco are carved by hand whilst the plaster is wet and some can take a 1000 craftsmen all working together. Lunch was at the Royal Palm Hotel, and the view as we drove into the grounds was one of the most spectacular ever. The Atlas Mountains were in the distance covered in snow. Lunch was a buffet served outside in the amazing grounds with decking and ponds in a rather Japanese style, with Palm trees and the same fabulous view of the mountains. After a tour of the hotel and seeing that all rooms had the views of the mountains, it was time to move on.

The next hotel I visited was the Savoy le Grand Hotel, right in the centre of Marrakech and next to the main shopping mall. This hotel had a family style interior with beautiful pool. Dinner that evening was at the Movenpick hotel, a new hotel with beautiful interior.

On day three we were off early to travel up into the Atlas Mountains. The drive up was steep and slowly we climbed up to the Tahannaout region. We visited the Terres D’Amanar estate. This is set out in a Berber tradition and has “glamping” style tents, with cosy electric heating. There are two fabulous outdoor swimming pools with amazing views of the snow-capped mountains. They have team building events, weddings, yoga retreats and sports training. I had a go at riding the electric mountain bikes, amazing fun to cycle around in such beautiful surroundings. There was also a selection of rope bridges and zip wires across a canyon. I was not brave enough for this one, but those that did came back with a glow of achievement.

Lunch was served under a tent with the spectacular views. The food was simple and wholesome.

As they do not have any Wi-Fi, it is very peaceful and a great venue for corporate team building events and anyone who wants to get away somewhere peaceful and very different.

Later that evening we were treated to dinner at Dar Mouha restaurant, which was a modern twist on traditional Moroccan food, all served in tiny coloured tagines in a large circle on the table. It was delicious.

The next day it was time to leave – I was sorry to go but glad I had had the chance to do so much and learn about the cuisine and local culture. I will be back – Marrakech is very Moorish.