Tales of the Unexpected 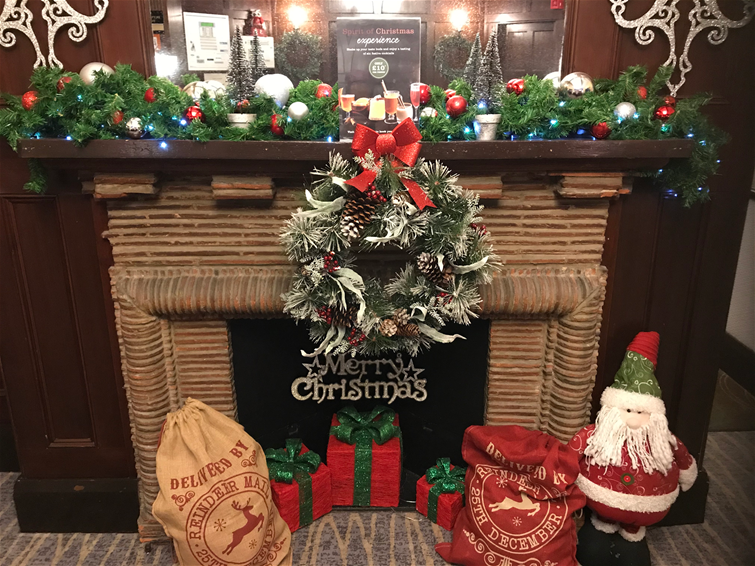 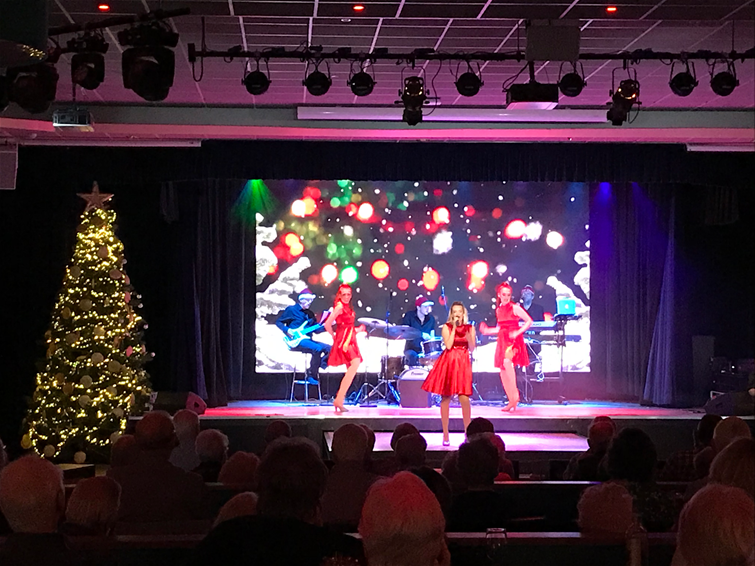 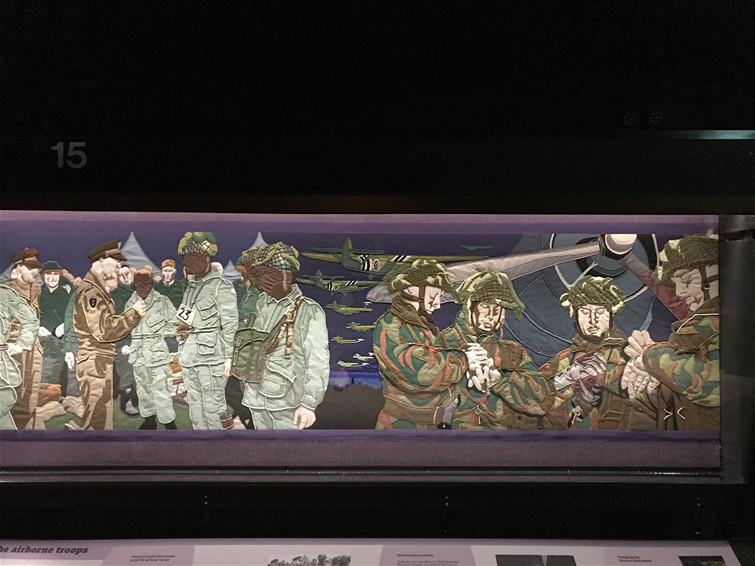 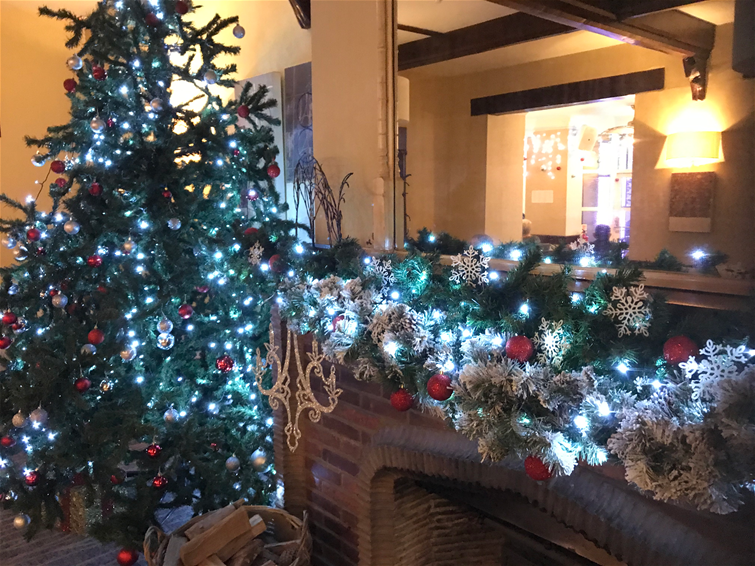 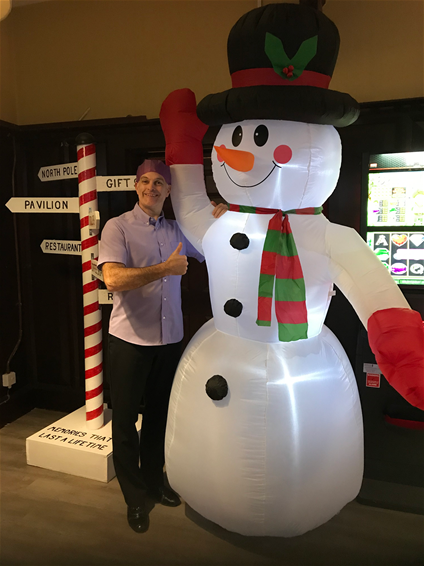 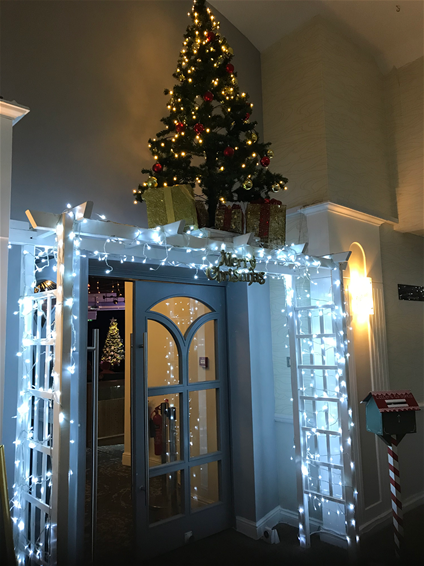 Ever wondered about a Warner’s Leisure break? Coach loads of retirees looking for a quiet location, lots of food, an afternoon tea dance with tunes from days gone by. Well that’s what I thought it would be anyway! My parents wanted to go to celebrate their 75th birthdays, so we booked a four-day trip to Hayling Island on the south coast near Portsmouth for one of their Turkey and Tinsel weekends, as Christmas was just around the corner.

What to pack? Not having a clue of what to expect I went for what I would take on a mini cruise, plus a few extra layers and swim wear as there was a heated pool and leisure complex.

The gods must have been on our side because as we left home the skies cleared from all the recent rains and blue sky appeared which we hadn’t seen for a few weeks. It was a little fresh, but it was the end of November! The drive through Surrey and Hampshire reminded me of how beautiful the British countryside is. The numerus brown signs on the roads also reminded me of how many places there are to visit that are just a stone’s throw from home.

Sinah Warren is situated on Hayling Island, an exclusive inlet reached by a causeway from the Hampshire coast. A large, elegant, modern hotel on a location that was originally a health farm in the 15th Century, it has many rooms overlooking Langstone Harbour, with balconies or garden patios.

There was much the same feeling when we arrived at the hotel as you get when you get to the docks for the cruise. The helpful assistant made sure we were on the list, asked if any accessibility needs required, directed us to the bag drop off and then directed us to reception, all familiar experiences, which put us at ease. The check-in was very efficient and the festive décor helped set the ambiance in the hotel, which was further enhanced with welcome mince pies and champagne, served by some of the entertainment team in festive outfits with a cheery smile. The rooms are well presented and spacious with good lighting and enough hanging space for your evening and day attire. The lay out still felt like a cruise ship with the long corridors and rooms off to the sides with bags by the doors waiting for their owners to arrive and unpack! To be honest we jokingly did discuss for the same money we could have had a cruise from Southampton to Bruges for the Christmas markets, which was echoed by the helpful assistant at the entrance to our first Warner weekend break!

Adding to the theme was the daily entertainment guide which we found in our rooms. So, after a quick gander, pun intended, the weekend ahead looked like it was going to be full of activities. Fitness walks, line dancing, Zumba®, quizzes, aqua fit, ballet fit, singing lessons, bell ringing, live music sessions, rifle and archery shooting on the ranges, outdoor bowls, snooker and pool. There was also live football and a cinema screening of some new releases, and our favourite, Ballroom and Latin dancing. Most of the activities were new to me but what came across over the whole weekend was a ‘have a go’ attitude. Everyone we spoke to whether they were seasoned Warner’s guests or new to the experience, had a positive outlook and were willing to try something new.

The hard work the staff put in for the guests was also noticeable, especially the entertainment team, as they seemed to be everywhere from morning til midnight. They were leading the morning mile walk around the site and still delivering a fub-u-lous show mid-afternoon and again another show in the evening. The recent investment into the hotel was high-lighted with a behind the scenes tour, again lead by some of the entertainment team. There has been a recent complete refurbishment of the theatre with a new stage, seating, lighting, sound and increased bar area.

One of the great things about this hotel is the location, whether you just want to sit and look out over the sea or immerse yourself in the history of the local area, the choice is yours. A coach trip was available to the Historic Dockyards in Portsmouth, which was hosting a Victorian Christmas weekend. But of course, you could also go out exploring on your own. Attractions nearby included Portchester Castle, Fort Nelson or the new D-Day Story Museum in Southsea, which we chose to visit. It was a short drive from the Hotel, ample parking and easy access. The museum tells of the D-Day landings and has personal stories about the beginning of the Liberation of Europe. One of the highlights of the museum is the "Overlord" Embroidery tapestry designed by Sandra Lawrence and made by the Royal School of Needlework to commemorate D-Day and the Normandy landings in 1944. Inspired by the Bayeux Tapestry, it traces the progress of Operation Overlord and the events preceding it. The tapestry is 272 feet long and took five years to produce. The scenes it depicts are based on wartime photographs held by the Imperial War Museum.

The weekend was a great surprise to me, my initial trepidation was turned into some good experiences along with getting to know new people, all with a ‘have a go attitude and make the most of today’. The facilities and entertainment were excellent - as well as the in-house team, the guest acts were also excellent. All in all, a very enjoyable few days.