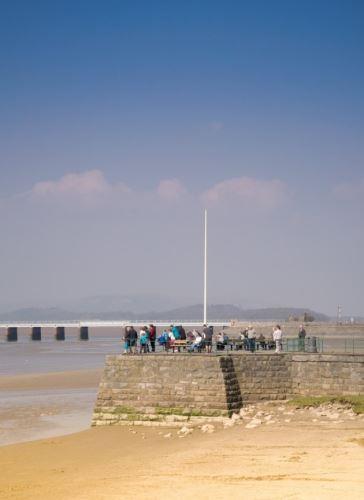 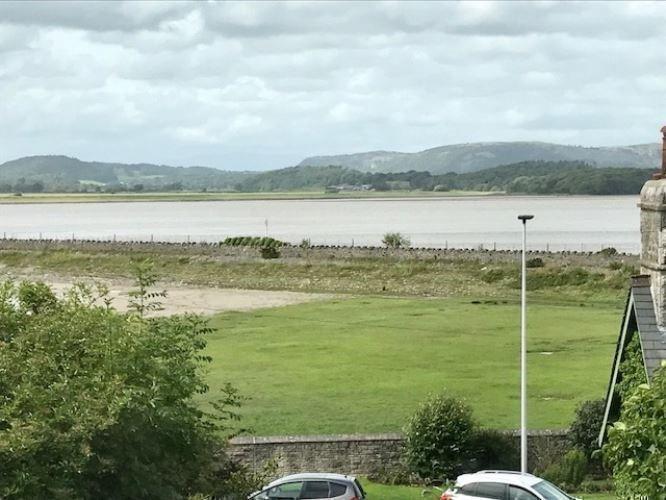 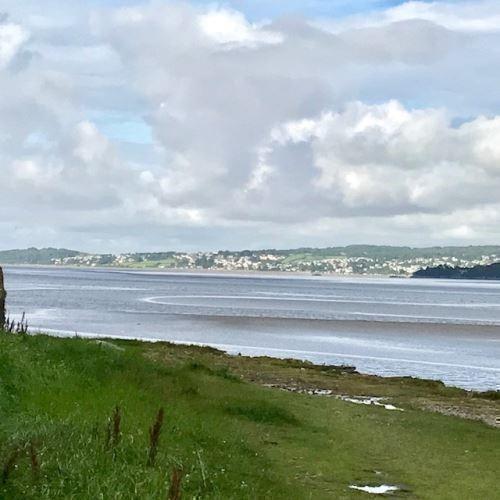 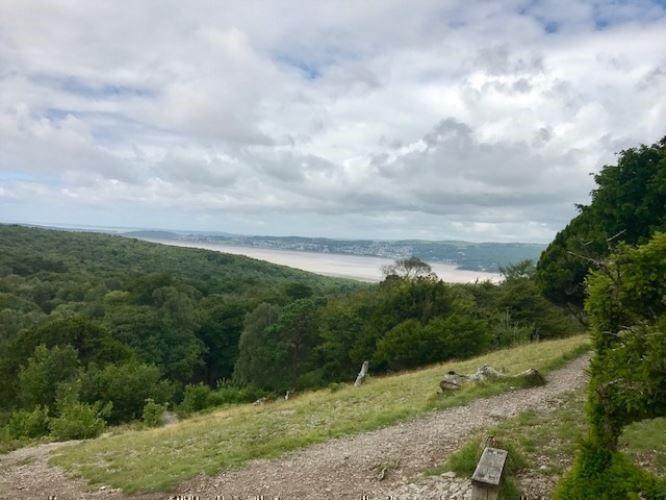 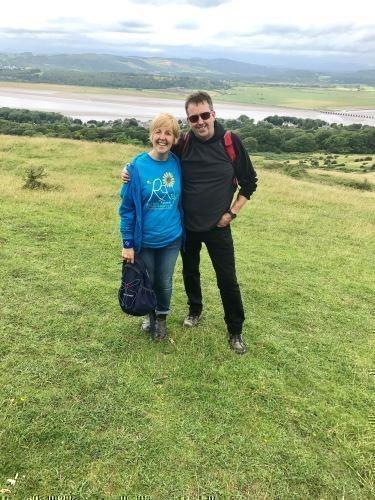 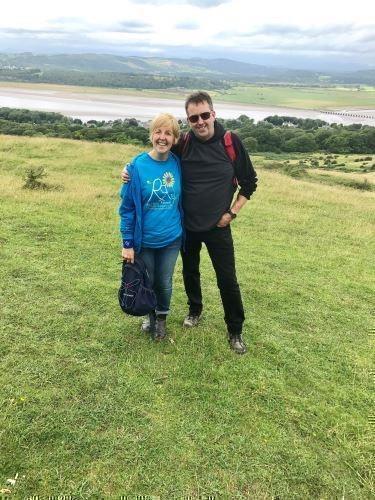 This was supposed to be our annual walk for Reuben’s Retreat across Morecambe Bay on Saturday 29th July but was cancelled the night before due to high water in the bay, even when the tide was out.

Our guide, Cedric, who is the official queen’s guide for Morecambe Bay only managed to get his tractor across, through deep water.

Obviously this meant that a lot of people had sponsored our walk with many of my colleagues from Travel Counsellors raising quite a lot of money to do it.

Therefore, the following morning, as we are a resilient bunch, we decided to walk inland around the area of Arnside, a pretty little coastal village in itself and up a steep hill called The Arnside Knott.

This route would be a comparable distance to the original Bay walk of 10 km, the bay being flat this walk was now heading to an elevation of 500 ft.

With a few dogs and children in the party, we all met at the promenade in Arnside at 09:15 hrs, ready for the challenge ahead.

The weather was overcast but dry overall, but we were dressed for rain, being the British summer we weren’t taking any chances!

As the walk progressed, people just laughed and chatted as we went along, wearing our Reuben’s Retreat tabards.

As we got to The Knott, we started a steady climb on reasonably easy going paths, and as the National Trust own this land, it is very well tended with a few benches sprinkled around at timely stops for a breather and to take in the magnificent views over the estuary to Grange over Sands in the distance.

Also on the walk, was the lovely actress, Julie Hesmondhalgh, of Coronation Street and Broadchurch fame, who is a patron of Reuben’s Retreat. At the top of The Knott, we all casually chatted and took the odd photograph with Julie, then we all set off again along with Julie’s daughter also along to accompany her, we all had a good craic as we continued our walk.

The walk downhill from the top of The Knott was a lot easier and at the bottom, back at the estuary we stopped for coffees, cake and some even had ice cream! (I may have been one of them).

After this we headed back to Arnside WI where we had a post walk catch up and a fabulous buffet and drinks to look forward to! All this was laid on by some fantastic Travel Counsellor colleagues of mine and with some extra food kindly given by a local café, which was a very kind gesture.

Up to now, we are so proud to have raised over £7k, with a lot of off-line donations still to come in! Well done to every single walker and their sponsors for this brilliant effort!