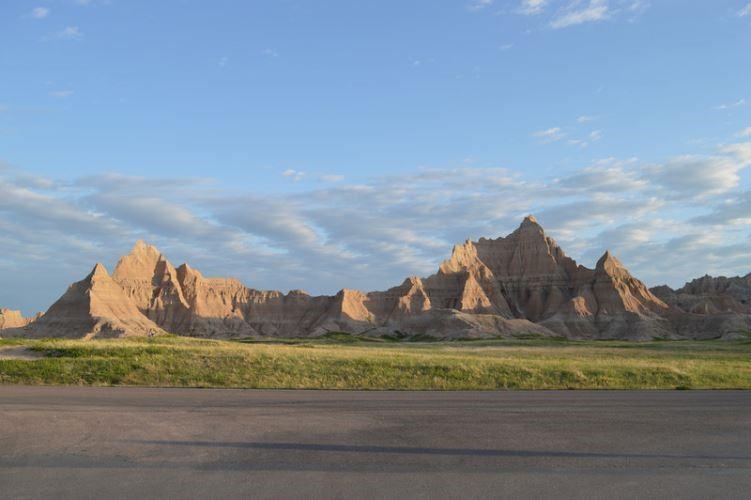 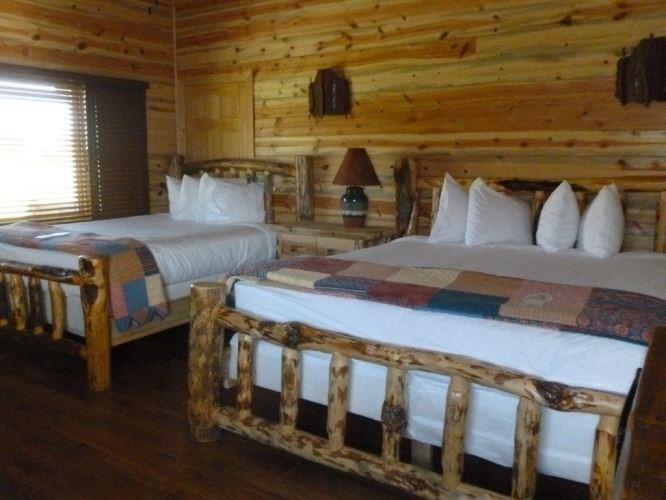 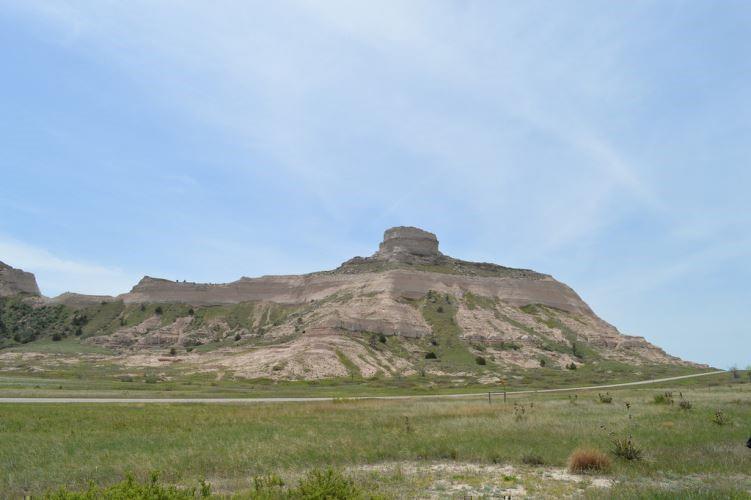 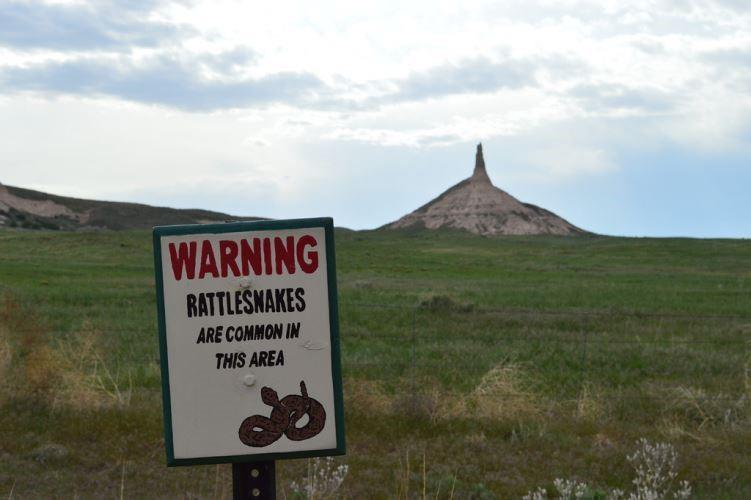 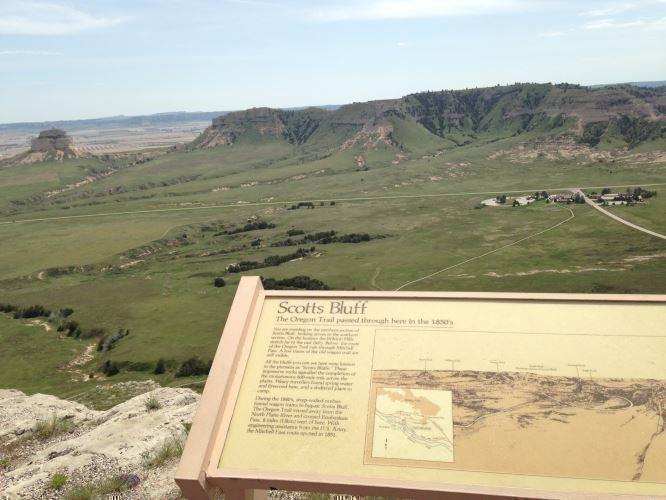 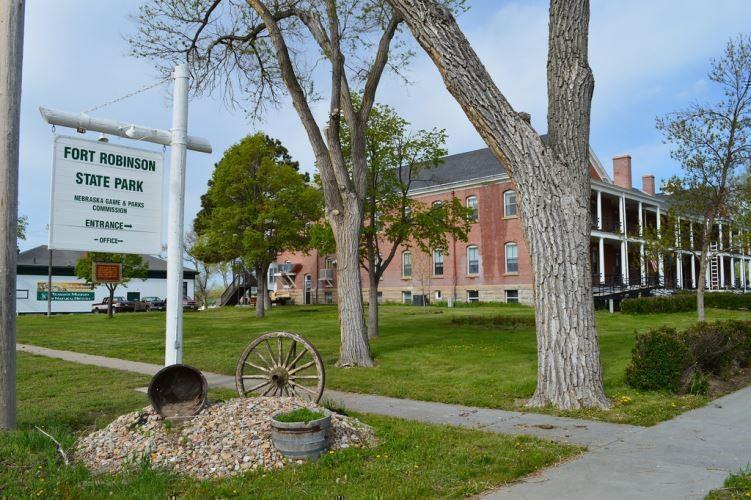 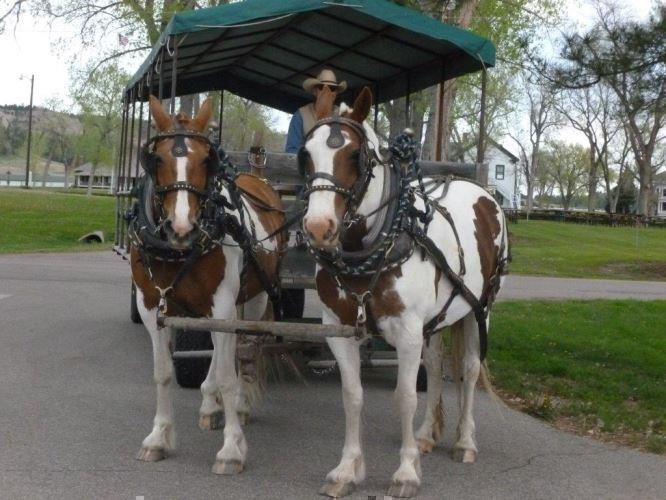 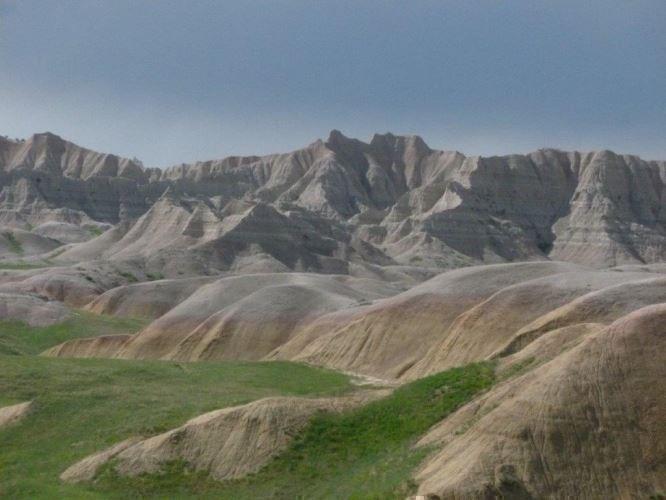 After breakfast in Loveland, Colorado, we set off for a new state – Nebraska!

We arrived in the Scottsbluff/Gering Area and picked up a fabulous packed lunch at the friendly Emporium Coffeehouse & Café in Scottsbluff before heading to Scotts Bluff National Monument.

Scottsbluff is a truly majestic landmark used by Americans Indians, fur trappers, pioneers and modern travellers, when making their way along the famous Oregon Trail - original wagon train ruts are still visible! The guide told us that a lot of people had perished along the trail and had just been buried alongside it.

It was fascinating to hear about the thousands of people that WALKED the 2000 miles from Central America to Oregon in the mid 1800's, taking them 6 months to walk, while carrying all their worldly possessions in a rickety old wagon. America may be a relatively young country but the history is vast!

I found the museum and visitor site enthralling. We travelled by coach through tunnels in Scottsbluff itself, followed by a relatively easy walk to the summit. There is a spectacular view over the North Platte Valley from here, a great photo opportunity. I had my lovely packed lunch here taking in these wonderful views.

After leaving Scottsbluff we headed for the Wildcat Hills Nature Center, which is in a lovely, picturesque setting. There were on display some of the most unique flora and fauna exhibits of the Wildcat Hills area, in this interactive nature centre. It was a great chance to have a walk around and relax, to be able to see some indigenous plants and animals of this region

We then set off for Chimney Rock, which is a National Historic Site. This is a spectacular sight, rising 300ft into the air, it is the most recognised landmark along the Oregon Trail. Today an interpretive centre pays tribute to those who travelled the trails and features original maps from Captain John C. Fremont’s exploration of the Oregon Trail in 1842-43.

Later, we headed for dinner in Scottsbluff at Rosita’s, which is one of many Mexican restaurants in the area that prepare the most delicious authentic homemade Mexican dishes, prepared from scratch. Try their famous Panchos: homemade chips topped with frijoles, melted cheese, guacamole and jalapeños. They’re one-of-a-kind!

That night we stayed in Monument Inn and Suites in Gering which had free Wifi - an opportunity for me to catch up with family at home!

The next morning we left Scottsbluff/Gering picking up my Gering Breakfast Box on the way. It had fresh fruit, delicious homemade breakfast burritos from Sandy’s Burritos, and tasty doughnuts from the Gering Bakery.

Our first stop was the fantastic Fort Robinson and State Park. My granddad used to tell me about places like this US Army fort on a Saturday afternoon whilst watching his cowboy films. I thought of him a lot on this trip and how much he would have loved it. This is the place where Crazy Horse, the Sioux chief surrendered and where the ‘Buffalo Soldiers’ were stationed

The Fort Robinson museum houses some very impressive exhibits too. It was absolutely amazing to see Bison, namely Buffalo, roaming alongside Bighorn sheep, Elk and Antelope on 22,000 acres. It would be amazing to be here when they hold the little big horn festival here, in the state park to recreate historical events.

We then picked up a yummy lunch at Bean Broker Coffee House in Chadron. I thoroughly recommend the tuna salad made with artichokes & sweet red pepper, & romaine lettuce on whole grain bread!

In the afternoon we headed across the border into South Dakota for a tour of Badlands National Park and I have to say I was mesmerised! The scale of this place is just mind blowing, with amazing rock shapes that have formed over millions of years and with vibrant colours too! I could rave on forever about this fabulous experience!

My bed for the night was in the fabulous Cedar Park Lodge, where I stayed in a luxury log cabin! The lovely Oglala Lakota people came along to show us some traditional Native American singing and dancing, as well as teaching us some of their traditions. A cowboy sang some classic western songs while we enjoyed a gorgeous meal of buffalo, elk, pheasant and game. We met a young Rodeo family who told us all about their amazing lives of bull riding. Still pinching myself!