Your Travel Counsellor is: Martin Ross 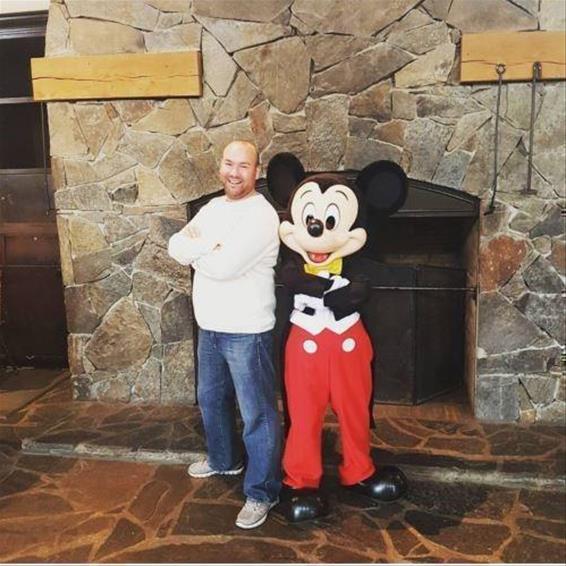 You've spent all year saving and waiting for those magical few days at Disney so don't let a few simple things ruin your holiday. I spent 3 and half years working and living next to Disneyland Paris and here's the top five things that I've found could ruin your holiday and how to avoid them.

1. The weather Disney is pretty much in the countryside and, unknown to most tourists, it's actually on top of a hill. This means the wind can sweep in with not much getting in its way. Many people don't check the weather before going. The climate in Paris is similar to London. It can change overnight. One day it's sunny and the next it's pouring with rain.

Even in the summer, plan for rain and cold weather, just like the UK. Pack spare socks and waterproofs. In the winter, there's a chance it'll snow or at least be near freezing. When I worked there, a few times the waterfalls even froze (nothing to do with Elsa).

Remember, when checking the weather, Disneyland isn't actually in Paris and is around 30km away. Check out the Met Office weather for Disneyland Paris for a more accurate report.

Martin's Top Disney Tip: Check the weather the day before you go and make sure you've packed for all types of weather.

2. Underestimating the crowds With over 14 million visitors a year, Disneyland Paris is Europe's number one tourist destination. This means on busy days, you'll have to queue for pretty much all the attractions. Weekends will always be busy regardless of the time of year.

Plan out your day and use your Disney Fastpass wisely. If your visit falls over both a weekend and a weekday outside of school holidays, consider watching the shows and meeting characters on the weekend and spend the weekdays exploring the attractions.

October half term (Halloween) is one of the busiest times of the year to go. Disney has spent years building up its Halloween offering and it's now the second most popular time of the year to visit.

The two weeks over Christmas are the busiest of the entire year. Christmas day is usually not too busy, but any other day will be. Top French companies hire the park in the evening after closing for their employees.

Martin's Top Disney Tip: If you can visit in school term time during the week, do it! Remember, school holidays across the rest of Europe can be different to the UK's.

3. Expecting to see characters everywhere People often ask why Mickey isn't just wandering around the park. Can you imagine thousands of people all rushing to have their photo taken with the main mouse?

Each main character has their own meet and greet areas which makes for better quality experience and photos. Instead of having your photo taken with Mickey next to a fence, you can meet him in his own theatre where you'll be able to spend quality time meeting him. Plus, with Disney's Photopass, you can have your pictures taken by a professional. his makes for a much better experience than just wandering around. You will find some characters roaming around both parks, but if you're looking to see any of the top ones, they'll have their own meet and greet areas.

Martin's Top Disney Tip: Make sure you pick up a map and a schedule. This will tell you where and when you can meet your favourite Disney characters. Also, download the Disneyland Paris official app too for live times and queue lengths.

4. Airline, Eurostar and ferry cancellations Following the recent problems with Ryanair and Monarch, it's understandable to be worried about travelling to Disneyland Paris. Before you book, find out what protection you have if anything goes wrong. Also, check the procedures too. Do they expect you to pay out for new flights etc and reclaim the money back or will they sort this for you?

On the whole, Eurostar is very reliable, rarely late and suffers from less problems than airlines and ferries. If there are problems, they're usually very good at handling them. Ferries generally are ok in the summer, but cancellations and delays are more likely in the winter months.

At Travel Counsellors, your holiday is completely protected by our unique financial protection trust. Set up in 2004, it sits alongside our ATOL cover and financially protects every part of every trip, whether it be the whole holiday, a flight, hotel stay and car hire. It’s completely robust meaning no matter what happens, your money is safe.

Martin's Top Disney Tip: Always make sure your holiday is fully protected against cancellations and delays. Is it worth saving a few pounds booking everything yourself?

5. People smoking and queue jumping The UK has one of the lowest rates of smokers in Europe. Even those Brits that do smoke have over 200 less per year than our French cousins. This means that there are more smokers all smoking more in Disneyland compared to the UK. In general, smokers in the UK are used to smoking bans and other measures to stop them smoking in public. Europeans on the other hand are more used to smoking in public places. This doesn't make them arrogant or disrespectful, it's normal in other cultures to smoke in public. People will smoke in areas such as waiting for the parade and Illuminations. Like in the UK, smoking is banned indoors.

Disney is trying to make the park smoke-free, except in designated smoking areas. It is very hard for Disney to police this. After all, no one likes to be told they can't do something. Cast members will try where possible, but realistically they won't be able to speak to everyone. Remember, it's only illegal to smoke indoors and it's just a rule that Disney is trying to implement. They do have a similar ban in the American parks, but they've had these rules in place for years, their guests are usually regular visitors plus most people speak English so it's easier to communicate the no smoking ban.

Likewise, British people like their personal space and privacy. European's generally stand closer to each other which some people find uncomfortable.

Martin's Top Disney Tip: If someone is bothering you, try and ask them politely to move or at least blow the smoke away.