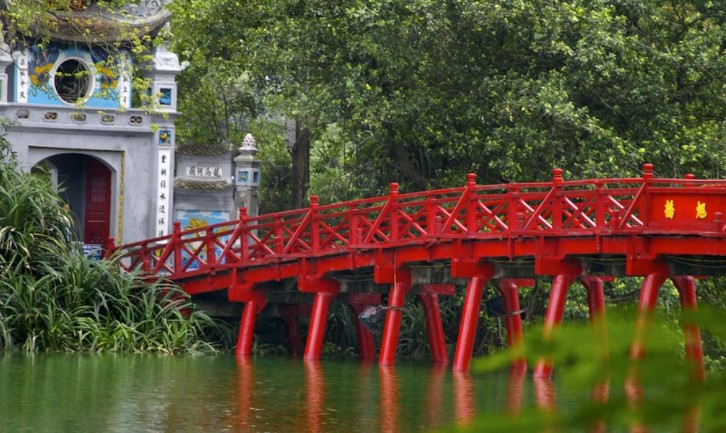 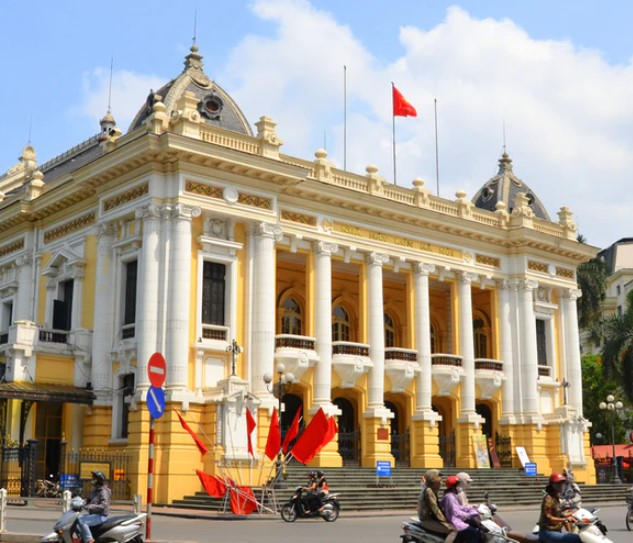 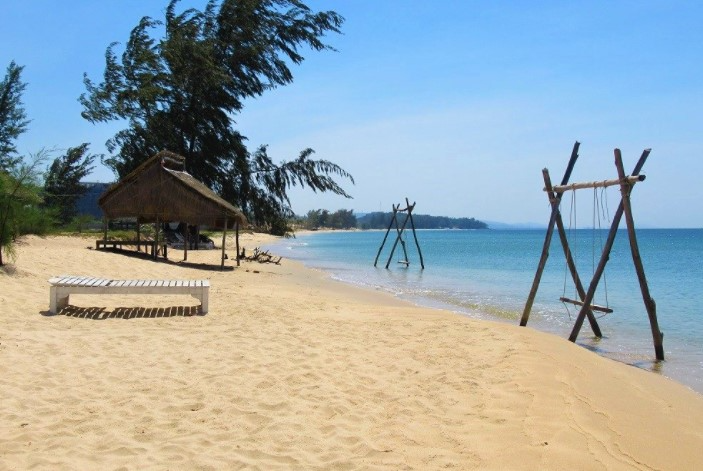 A couple of years ago, I ticked off one of my bucket-list destinations with a trip travelling in Vietnam and to say it surpassed my expectations is an understatement.

We flew from our local airport in Newcastle with Emirates Airline which not only was convenient with no long journey at the beginning and end of our holiday, the connection times in Dubai are so well organised to connect with flights coming in from the UK, that within just a couple of hours, we were en-route to our first stop in Vietnam, capital city Hanoi. Hanoi, on the banks of the Red River delivers a sensory overload (but in the best way in my opinion). It is bustling and full of life with mopeds weaving in and out of the tiny streets carrying HUGE cargoes in addition to whole families in some instances, fruit sellers selling their wares from baskets or the back of a bicycle, my advice is find a café with a view, order a delicious Vietnamese coffee (or a cold beer) and just watch it happen around you. Hanoi is perfect to explore on foot. It is a French colonial city but with Chinese and Russian influences too and there is no end of choice when it comes to delicious food (try Bahn-Mi, a traditional Vietnamese sandwich or the translucent Vietnamese spring rolls filled with the most colourful vegetables, herbs and seafood – delicious!) My preference is always to stay at smaller, boutique hotels, however there are hotels to cater to every taste and budget. We stayed in the Old Quarter in an area called Hoan Kiem where you can easily walk to Hoan Kiem Lake and even take in a water puppet show! From Hanoi, the next stage of the journey was to Halong Bay where took a two-day, one-night cruise. If you do nothing else in Vietnam, do this. Just magical. Halong Bay is a UNESCO world heritage site where you will be awestruck by the limestone karsts and crystal clear waters as well as enjoying a visit to Titop Island which is regarded as one of the most picturesque islands in the bay. We also chose to kayak into the Luon Caves. Back onboard the boat we enjoyed the most spectacular sunset and at sunrise (equally amazing I add) there was the opportunity to join a Tai-Chi class which was bordering on spiritual.

After Halong Bay, the next stop was Hoi-An. A short flight from Hanoi to Da Nang, Hoi An was a short transfer ride away. Another heritage site, Hoi-An is really pretty; yellow buildings line the canals, but my opinion is that when the sun sets Hoi An becomes more magical with an array of colourful lanterns hanging from buildings and in the markets that transforms it. Stand on the bridges and watch as paper boats with tea lights are set a sail down the river, buy one and make a wish as you let it go. One afternoon, we hired bamboo bikes (yes bamboo) and cycled to the beach just outside the town.

There is so much to see in Vietnam, I would advise you factor in a couple of days for rest and relaxation. That is just what we needed so from Hoi-An, the next stop on our journey was taking a flight to Phu Quoc. This little island is closer to Cambodia than Vietnam, but is home to white-sand beaches and resorts, most of which are along the palm-lined southwest coast. More than half of the island is part of Phú Qu?c National Park, where you can enjoy the mountains, dense tropical jungle, hiking trails and wildlife.

After 3 nights in Phu Quoc, the final stop on our Vietnamese adventure was to the south of the country for time in Ho Chi Minh City. Commonly referred to by its previous name, Saigon, it is the largest and most populous city in Vietnam. With a population of over 8.9 million. With multiple contemporary hotels, modern restaurants and shops, Ho Chi Minh City still retains character, with French-colonial architecture, flourishing markets and peaceful temples. It is possible to visit the hidden network of Cu Chi tunnels dug by the Viet Cong during the French-Indochina wars. You can go down enlarged sections of tunnel and see first-hand what life was like for the soldiers, but if you suffer any form of claustrophobia, this may not be the excursion for you, instead maybe go the opposite route and find a rooftop bar and enjoy a cool drink with some of the best views of the city.

Truly a magical and diverse place, if Vietnam sounds like something you would enjoy, get in touch and we can create the perfect, bespoke trip for you to look forward to. 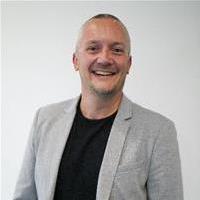