Your Travel Counsellor is: Rebecca Beecham 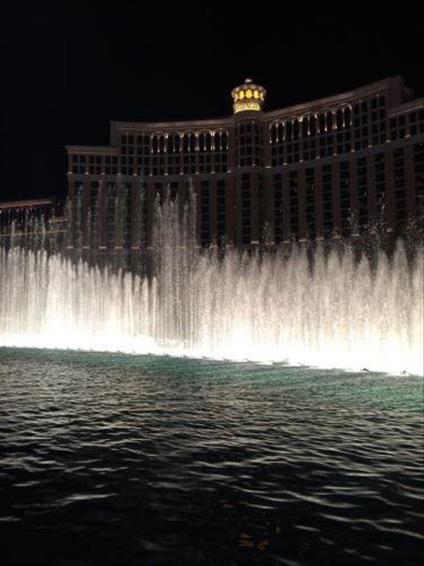 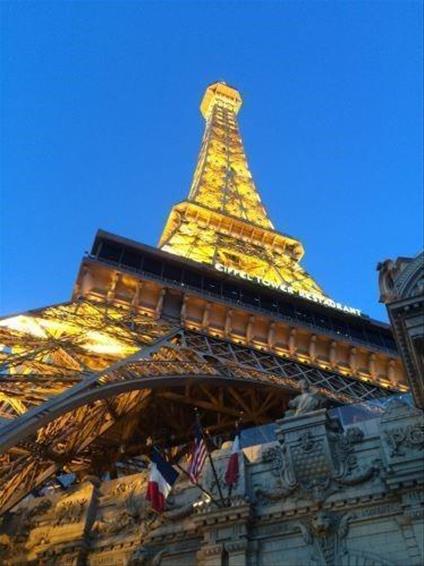 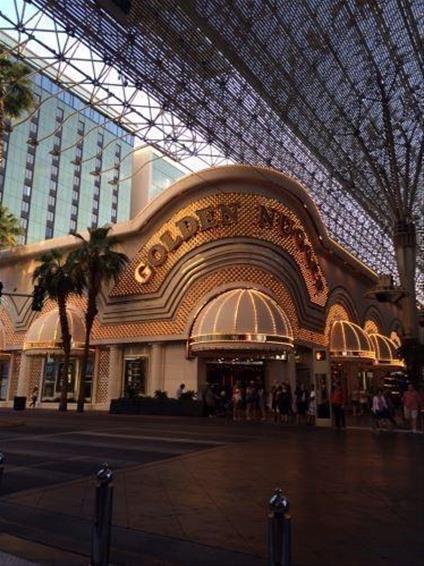 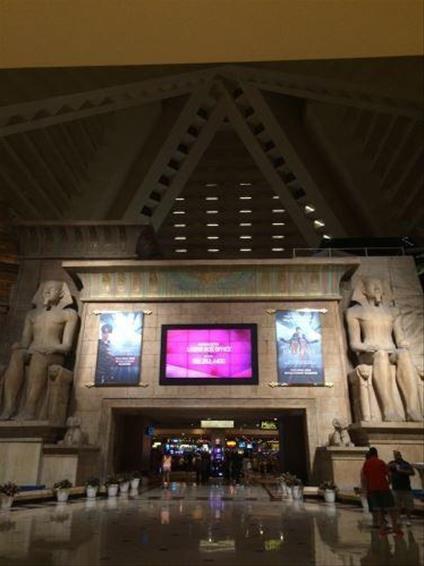 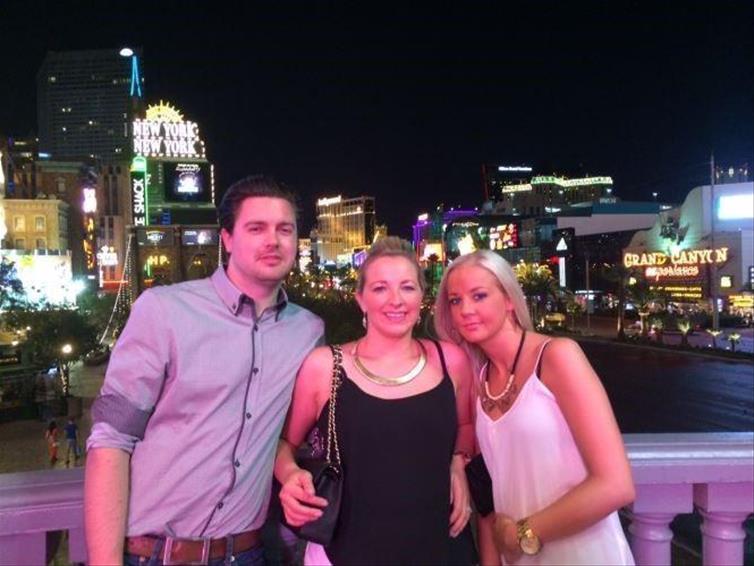 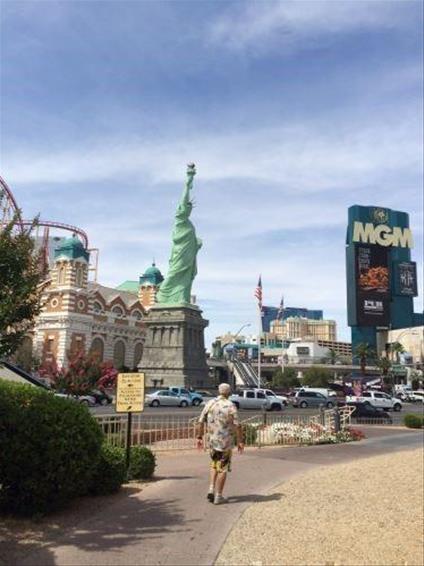 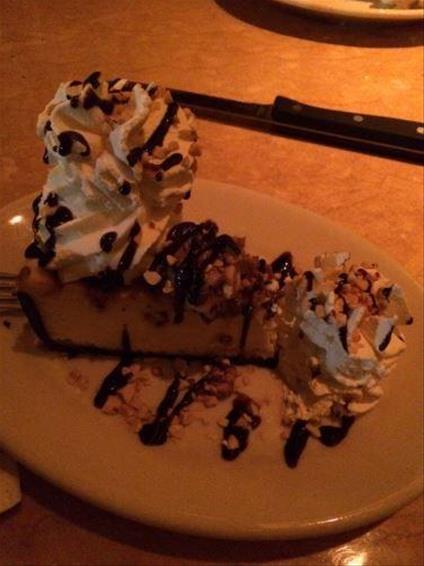 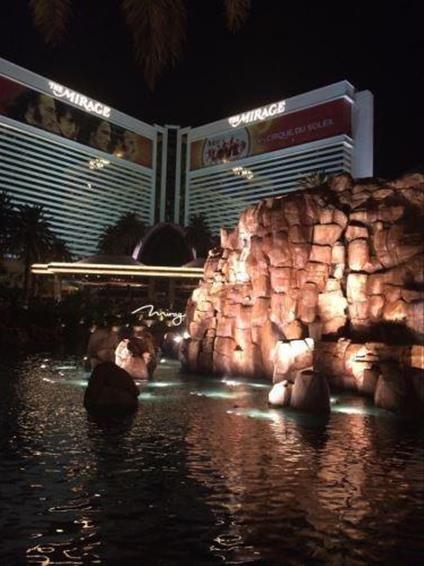 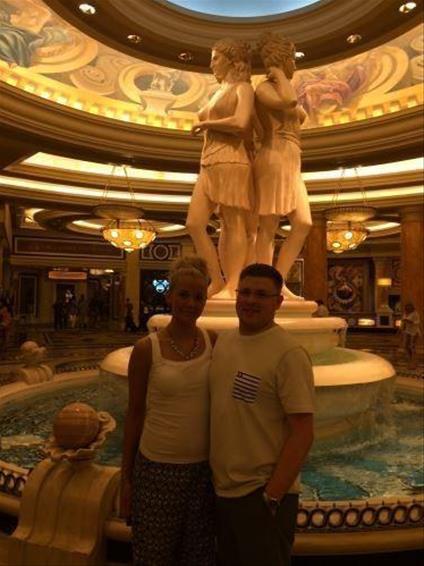 Celebrating my sister-in-law’s 30th birthday, me, my husband Gary, my brother Stephen and his wife Keely flew from London Gatwick to Las Vegas with Virgin Atlantic, in the upper cabin of the plane. As always, the food, drink and in-flight entertainment were excellent.

Upon leaving Las Vegas airport, we took a taxi to our hotel on the strip which is just a mile away. I don’t think that you can ever really explain to anyone just how big the hotels on the strip are and it is during this journey from the airport that you begin to be amazed by the sheer size of the hotels and the strip itself.

We were staying at the Egypt themed Luxor hotel for 7 nights and had deluxe pyramid rooms close to each other overlooking the pool.

Our favourite restaurant in Las Vegas is the Cheesecake Factory and so this is where we headed to on our first night. We walked from Luxor to Caesars Palace as the restaurant is located in the Forum Shops at Caesars and had a really fantastic meal, although we had no room for cheesecake but I wasn’t worried as I knew we would be back before the week was over.

Our days were mostly spent sunbathing by the pool with a couple of exceptions….

On another occasion, Gary and Stephen went to the Bodies Exhibition inside our hotel. They said that it was well worth doing and displays every inch of real life human bodies in detail.

A couple of nights we took the monorail and bus to the premium outlets to do some shopping, stopping on the way at Freemont Street and the Mob Museum. The Mob Museum is an interactive museum detailing the history of organised crime and law enforcement of downtown Las Vegas. After all that sightseeing and shopping we were ready to eat and lucky for us, they have a Cheesecake Factory at the Premium Outlets. So we had two more great meals there followed by cheesecake, my favourite being Snickers Bar Cheesecake.

We also went to a couple of shows. We saw the Cirque Du Soleil Michael Jackson show “One” at Mandalay Bay, which is worth every penny. It is by far the best Cirque Du Soleil show I have seen. The acrobatics, dance and performances are set to Michael’s back catalogue of hits with an amazing treat towards the end, which I won’t spoil for you.

We also saw the famous West End and Broadway show, Jersey Boys at Paris, which is also excellent.

Another really nice meal we had was at an Italian restaurant called Buca Di Beppo in Excalibur. The food is served in proper Italian family style, for sharing. If you’re a cheese lover like me, I can highly recommend the baked Ziti main dish with the cheesy bread Florentine.

We had a night at Ominia nightclub in Caesars Palace (very expensive night)! In true Vegas style, it is not just your average nightclub. The main room features multiple layers, a huge dance floor, antique mirrors, and posh leather seats. But the main attraction is the gigantic LED chandelier that ascends, descends, morphs and transforms over the dancefloor, it is incredible!

The rest of our evenings were spent on the strip, visiting as many of the hotels, attractions and shopping that we could squeeze in. We went to The Venetian to see the gondolas on the Grand Canal, The Mirage to watch the Volcano show, The Bellagio to see the famous fountains, Paris to the Eiffel Tower replica, we rode the rollercoaster at New York New York, we went to the Miracle Mile shops at Planet Hollywood, MGM Grand, Excalibur and Caesars Palace. By the end of the week our feet were aching! The best tip I can give anyone travelling to Las Vegas is to take a comfy pair of shoes. The strip is over 4 miles long and everywhere is always further than it looks!

As always, we had a fantastic time in Las Vegas and I have no doubt that we will be back for more of the same.