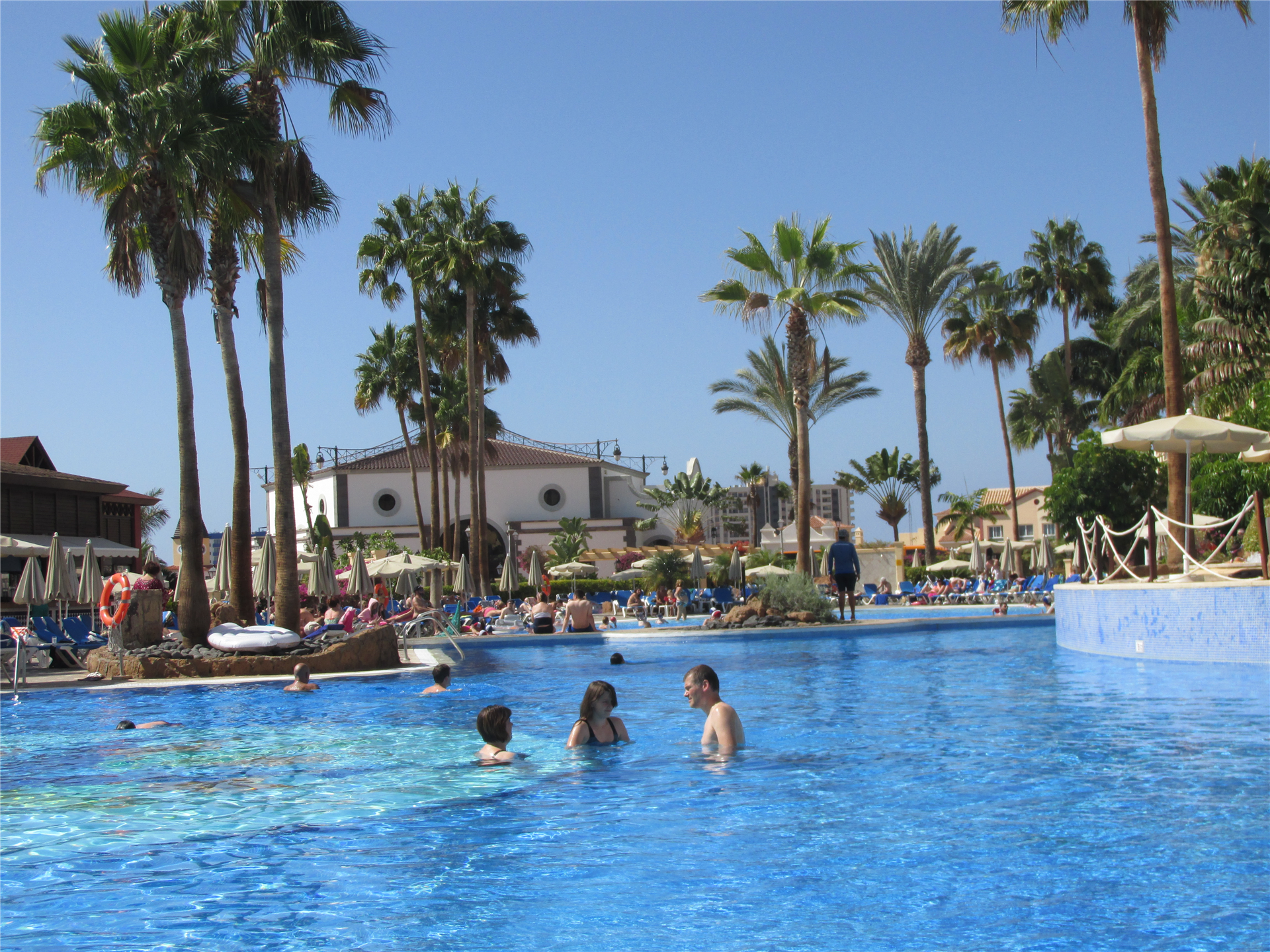 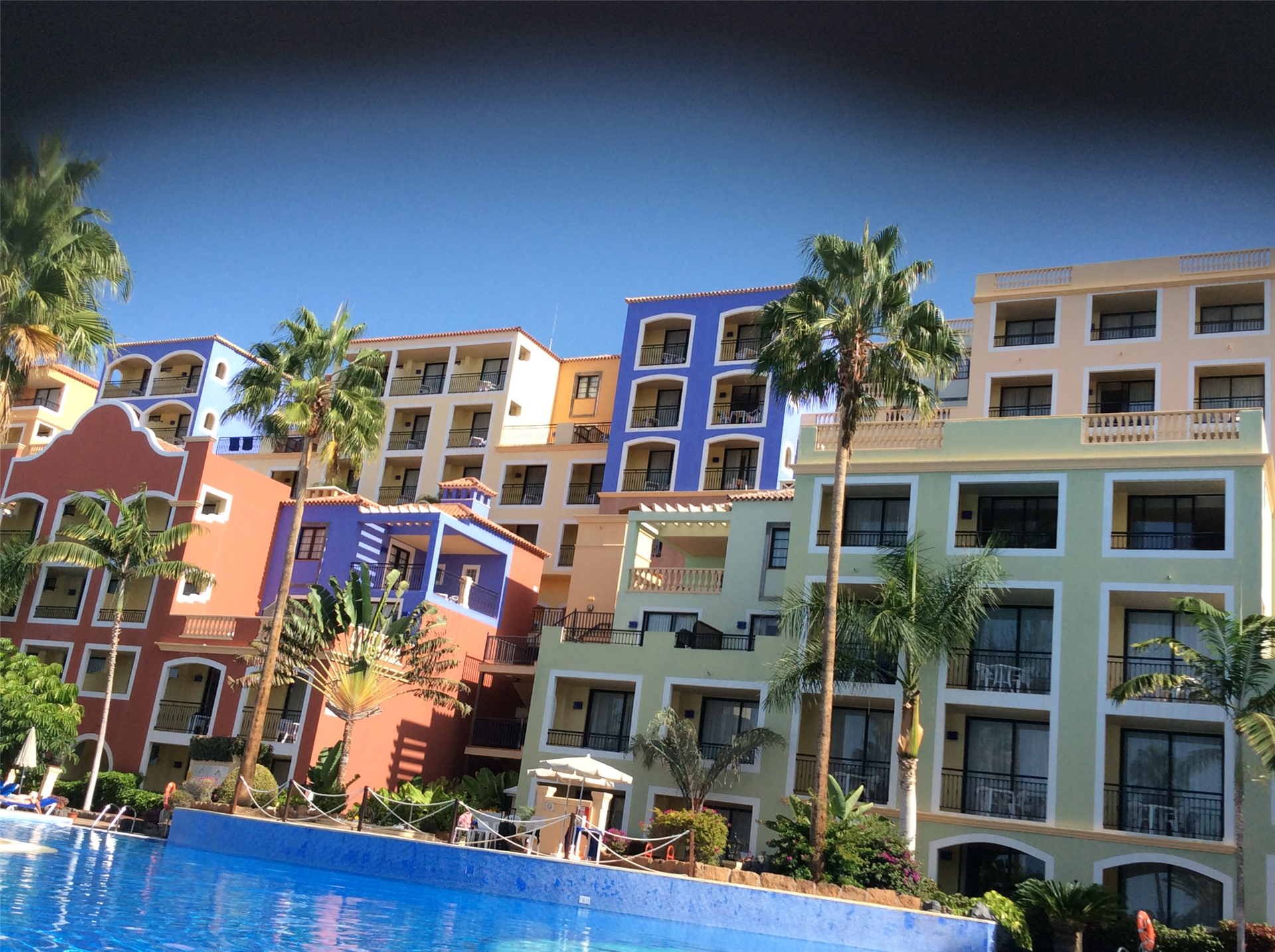 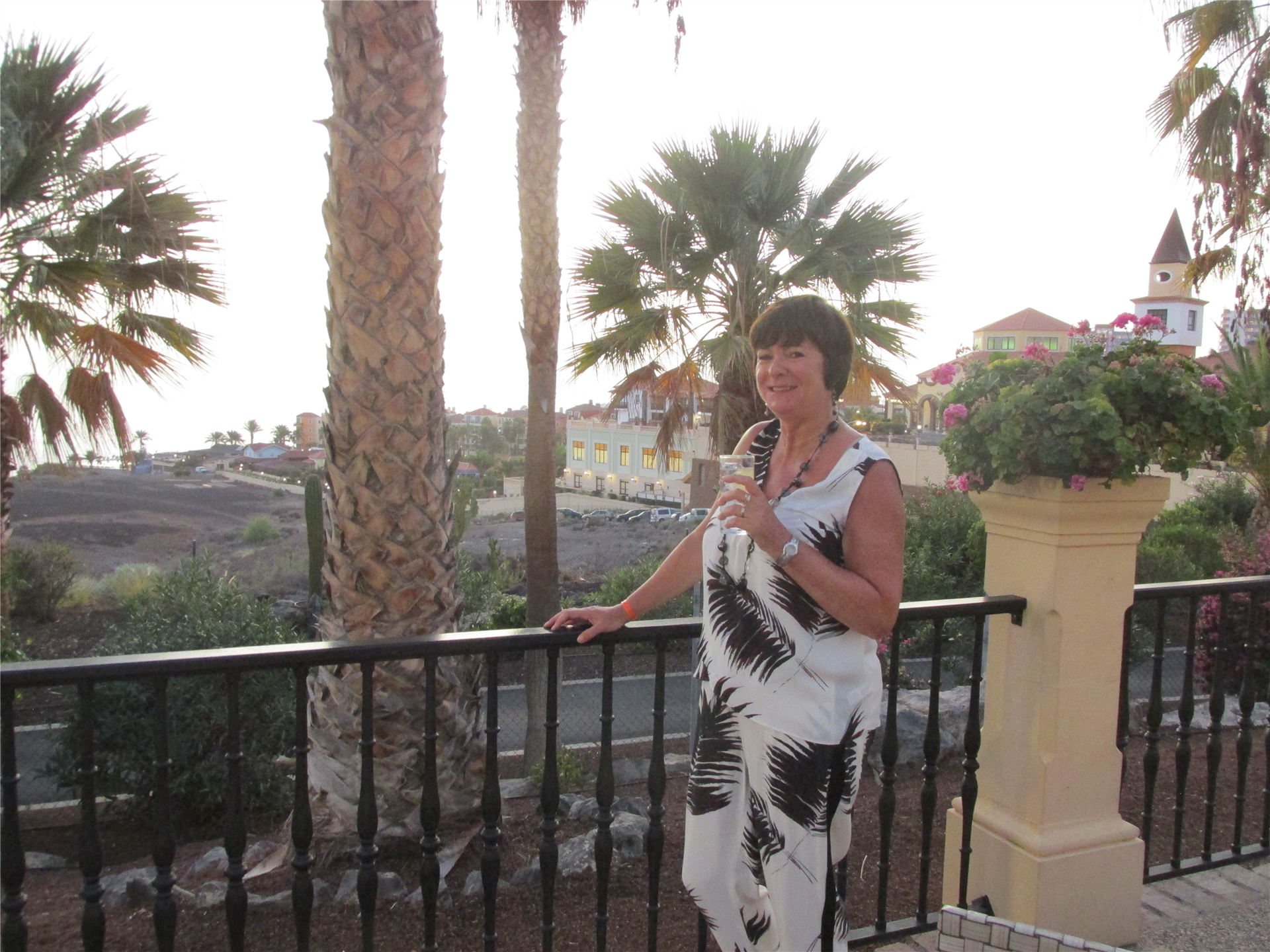 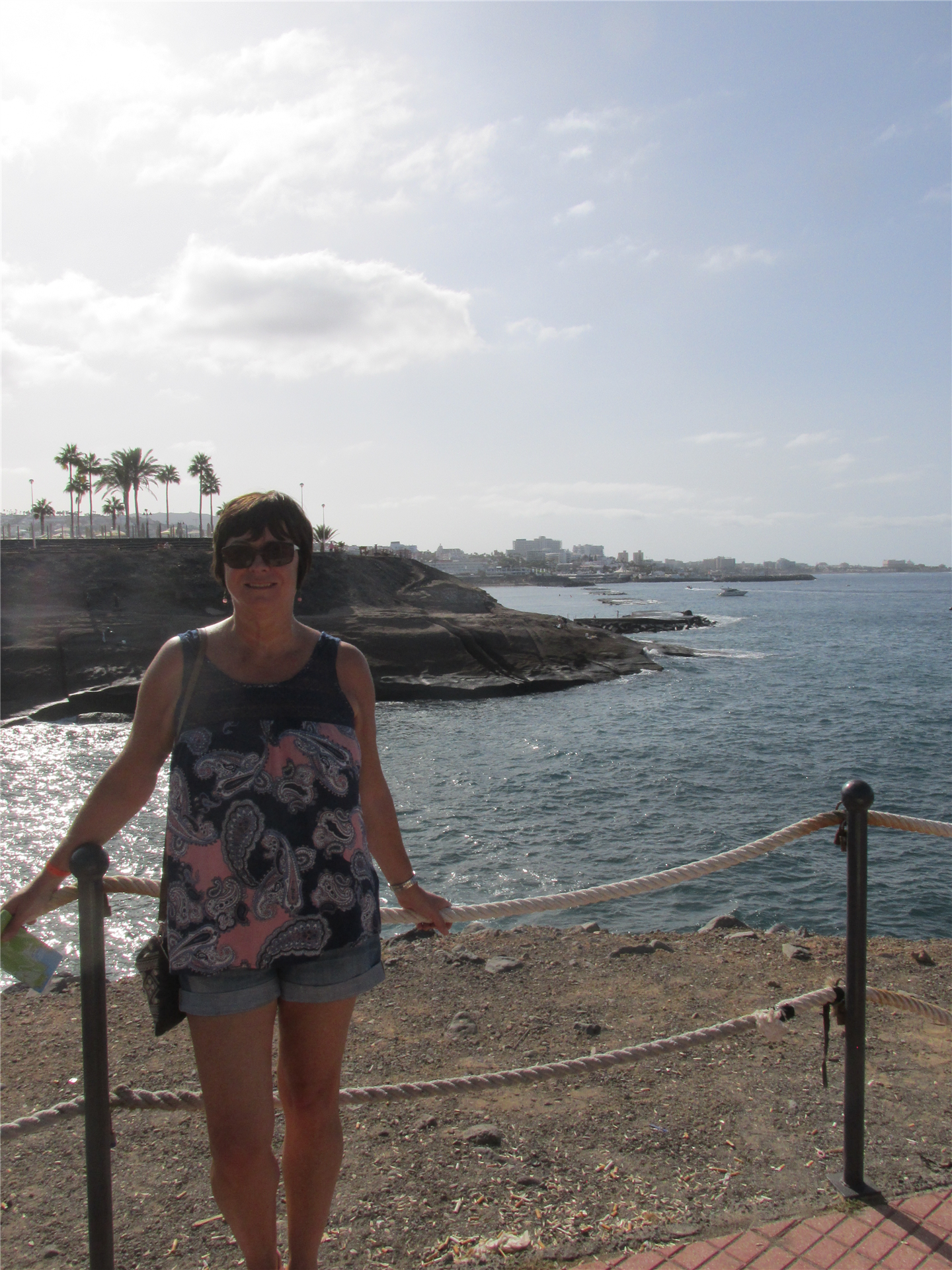 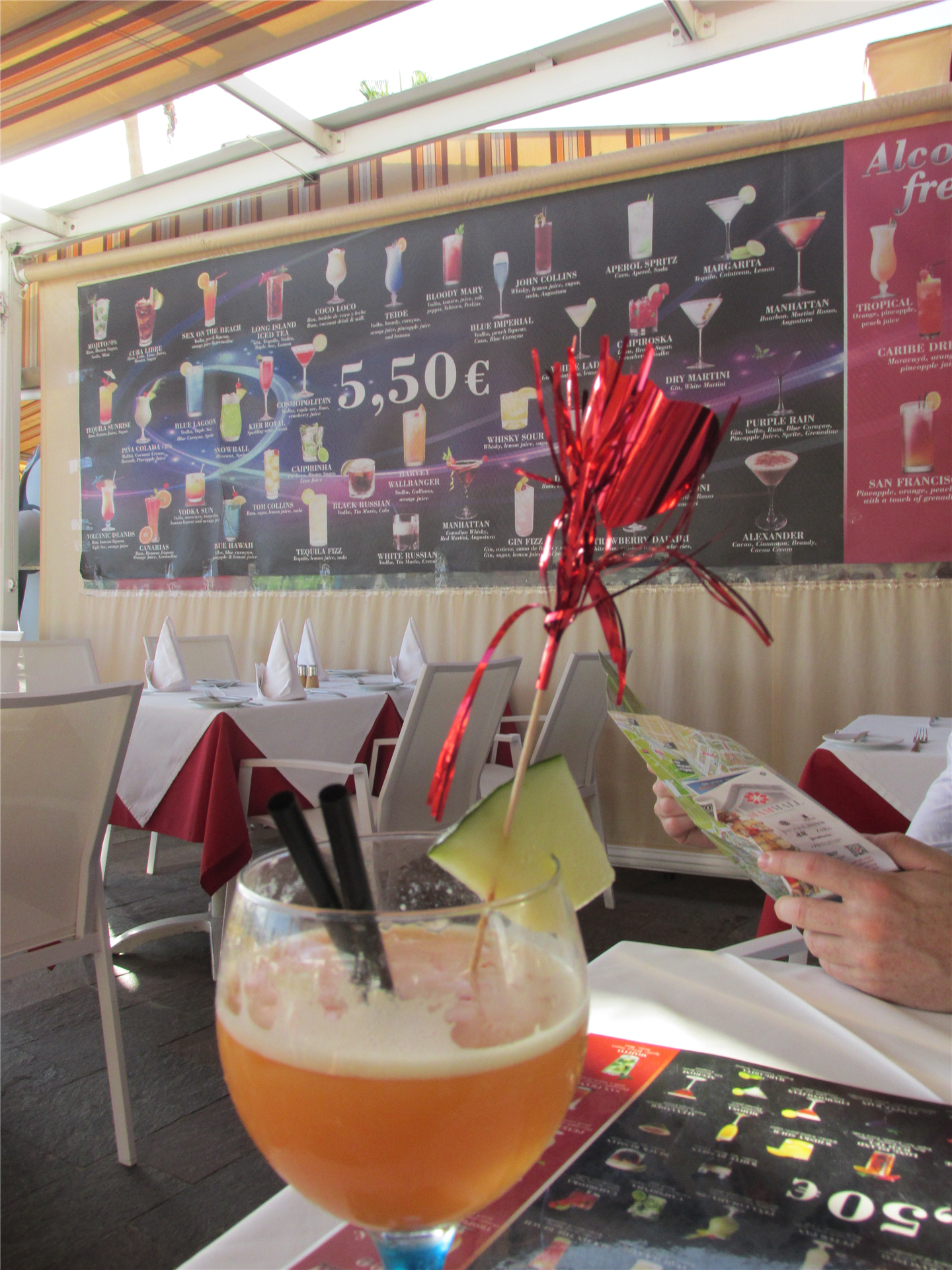 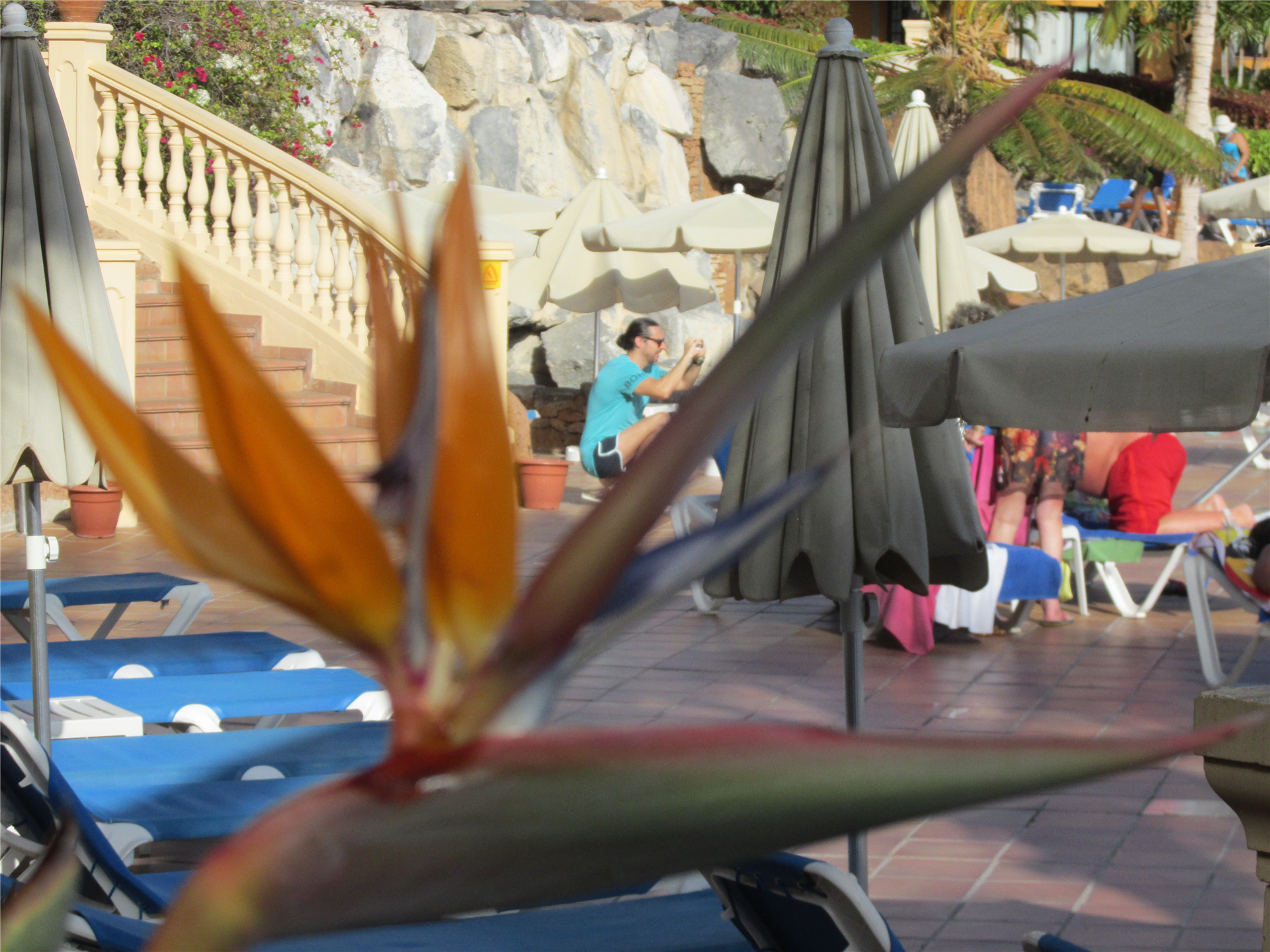 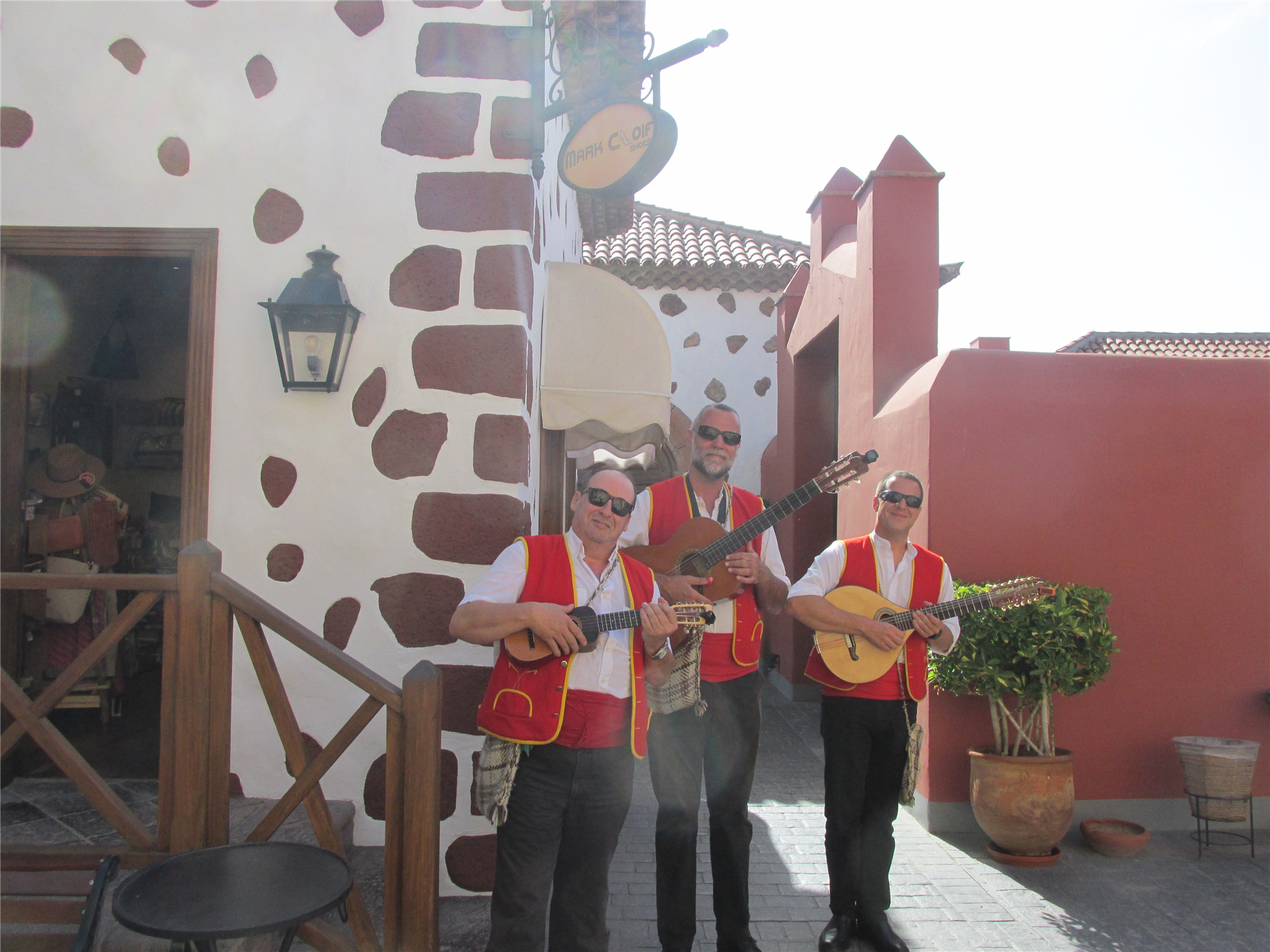 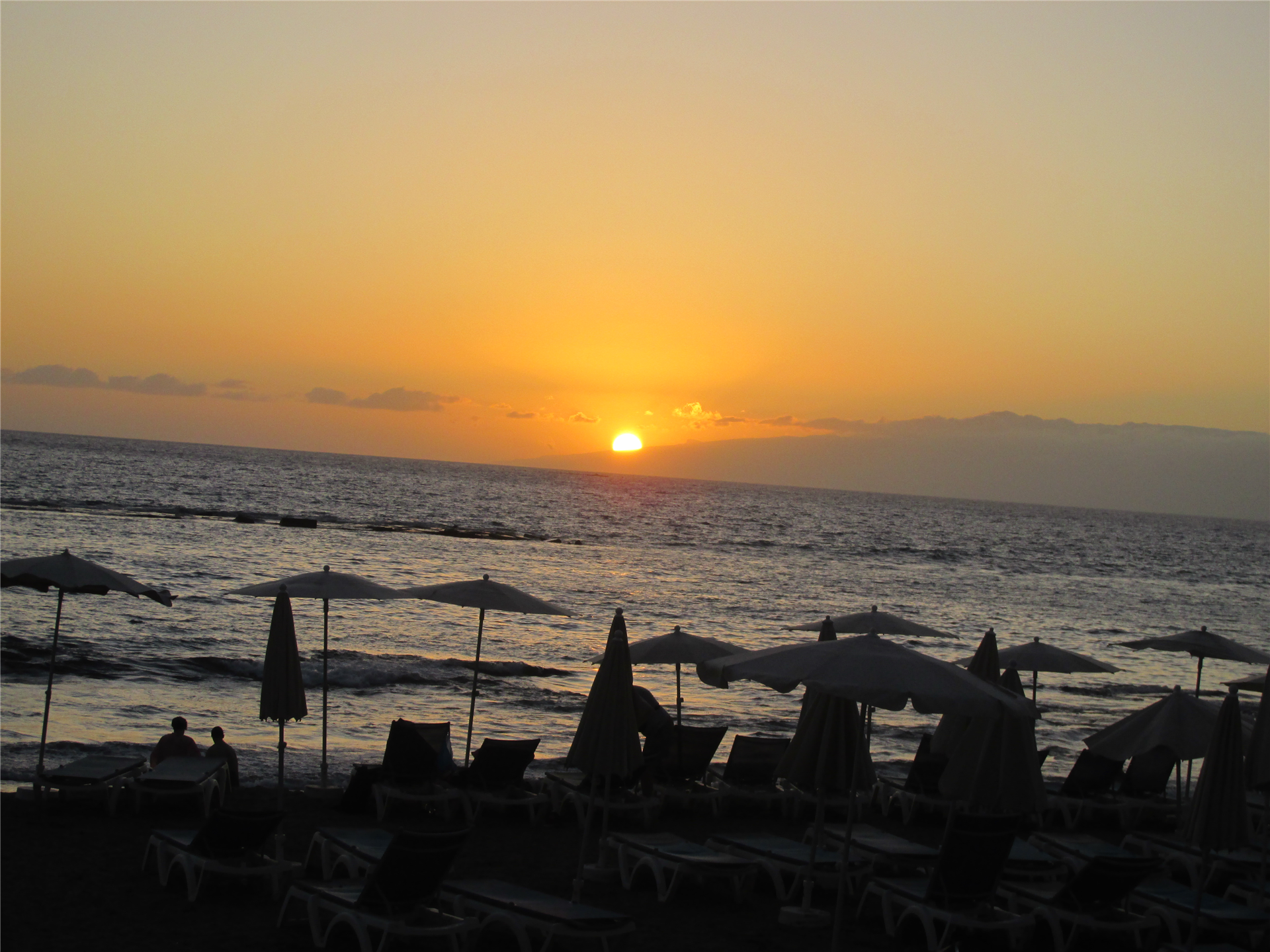 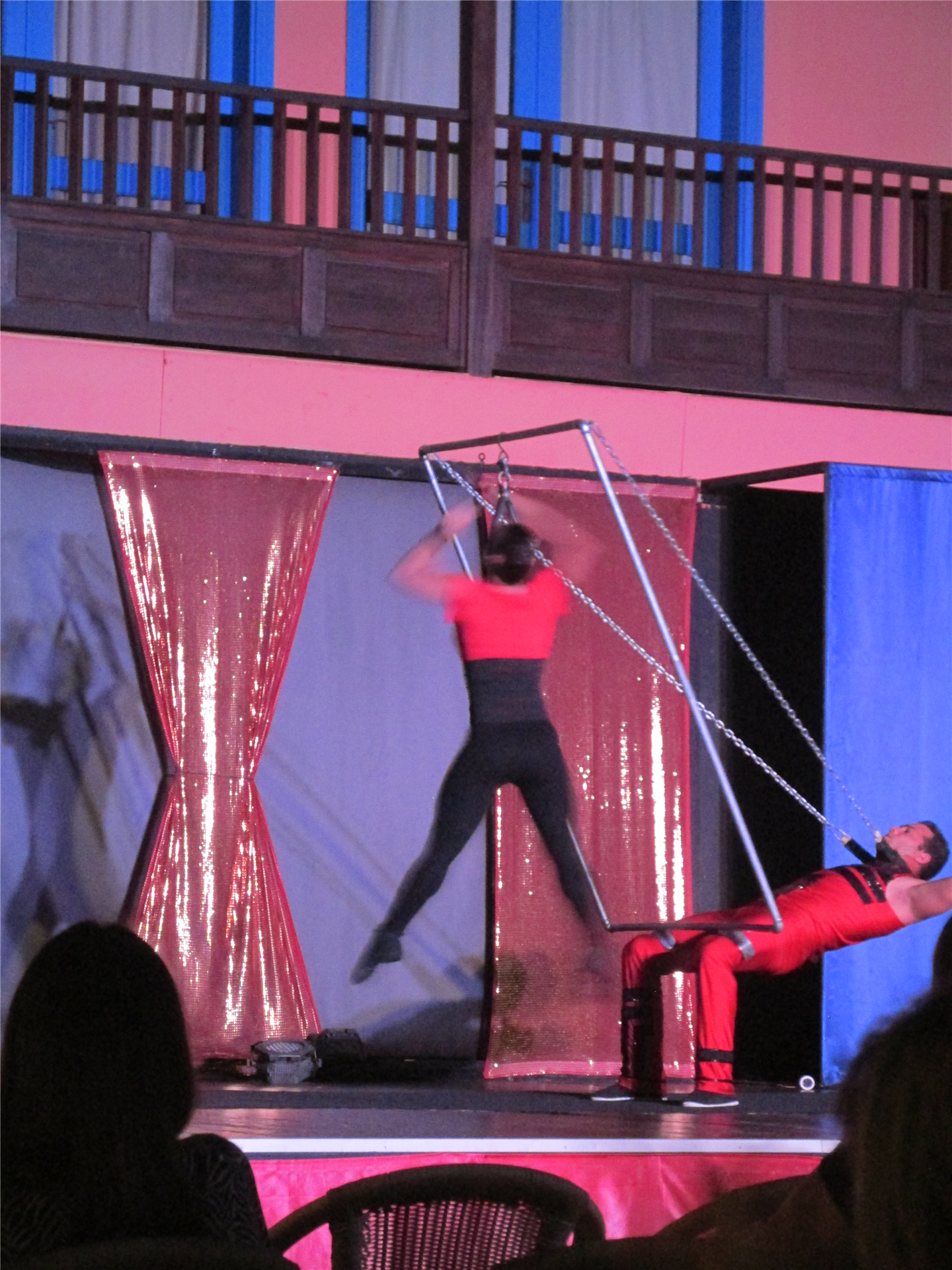 I worked in Tenerife back in the mid 80's as a rep. I haven't returned since as, to be honest, I didn't have the best of memories. What I remember is a busy place full of building work, high rise buildings and time share sharks around every corner. It felt strange coming back even at the carousel picking up my luggage remembering the chaos the other side - which is why I booked a private taxi unable to face the coach park. I wasnt expecting the calm and organisation.

In the taxi it was interesting recognising the skyline of Playa De Las Americas passing the new areas of Torviscos and Fanabe onto Costa Adeje where our hotel was located; the Bahia Principe Tenerife. This is located on the hillside overlooking the sea.

This hotel is in Playa Paraiso but set away from the main road on its own so quite tranquil. The hotel is quite pretty resembling a village with bright colours and beautiful large pools. There are 2 hotels next to each other, the smaller of the two was the Bahia Principe Tenerife and next door the larger (and longer) Bahia Principe Costa Adeje which extends down towards the sea. There isn't a beach here but then Tenerife isn't famous for its beaches!

Our room was on the 4th floor, a junior suite facing the pool and the sea. There are plenty of lifts so not too much of a chore getting to the room. Although the room was a little dated the plus points are that it had plenty of storage space, with a huge balcony with wonderful views and a very large comfortable bed.

We were on all-inclusive which I guess was sensible as the hotel doesn't have any bars and restaurants within walking distance and they did it rather well. By the pool and in the lobby they had drink 'self service' stations where you had draft soft drinks, water, wine and sangria. Proper glasses for the wine and plastic for the soft drinks. There was a serviced bar which we used in the evenings for any spirits or cocktails - but never a queue.

It is a large hotel but it didn't seem big and never seemed crowded. There were always plenty of sun loungers and we always had a nice table in the restaurant. We had the opportunity to eat in the a la carte restaurant 3 times in a week. There was a Mexican, Brazilian, Italian and Asian to choose from. The buffet restaurant always had a good variety of food and had a nice ambience.

The staff here are wonderful. Nothing is too much trouble and they are very helpful. The entertainment was live music in the evening in both hotels near the main bars or if you wanted something more then there was the 'village' area which had a show on every night. This was an area between the 2 hotels with shops and an English pub (you pay for drinks).

There wasn't much around the hotel in the way of bars/shops. You can walk to Praia Paraiso which takes about 20 minutes if you take the short cut through the ravine. Or alternatively get a taxi/free bus/local bus to Playa de las Americas which is only 10 minutes away. Which we did as I wanted to see how much it had changed.

We got a cab to Los Cristianos which took about 10 minutes and then walked back on the promenade that lines the coast. It has been a long time. It had changed but I felt it looked a bit tired whereas Playa De las Americas looked like it had more investment. Man made beaches had popped up along the coast as we walked the coastline with offers of cheap beer and cocktails. The newer areas looked quite classy especially 'Fanabe' and 'la Duque'. It was there we ran out of path!

The South of Tenerife is not pretty as it is volcanic and has always been a place to come for sunshine in the winter. The weather was superb, easily 29 every day and not a cloud in the sky. There are things to do such as whale and dolphin watching, water parks, jeep safaris and visiting Mount Teide for star gazing.

We didn't do any excursions on this trip as the plan was to do nothing and recharge the batteries. I liked the mixture of nationalities in the hotel and the general ambience so much I have booked for next year.