Camping at Kruger then on to Jo'burg 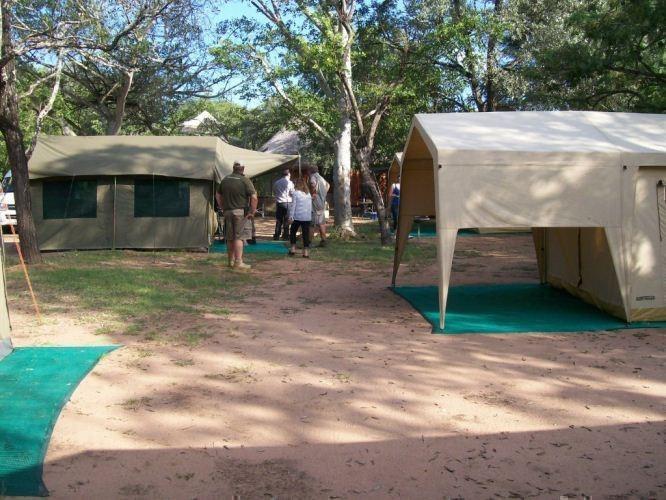 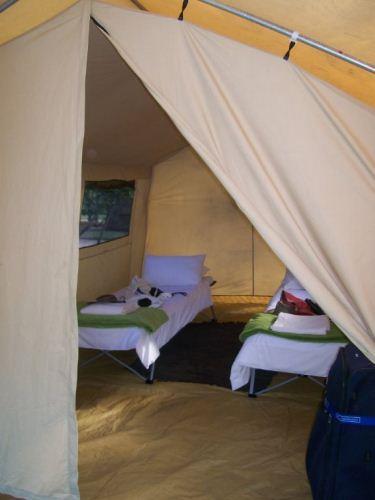 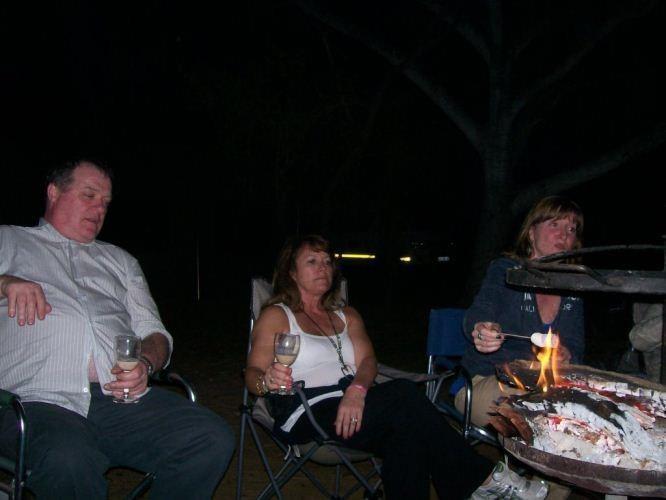 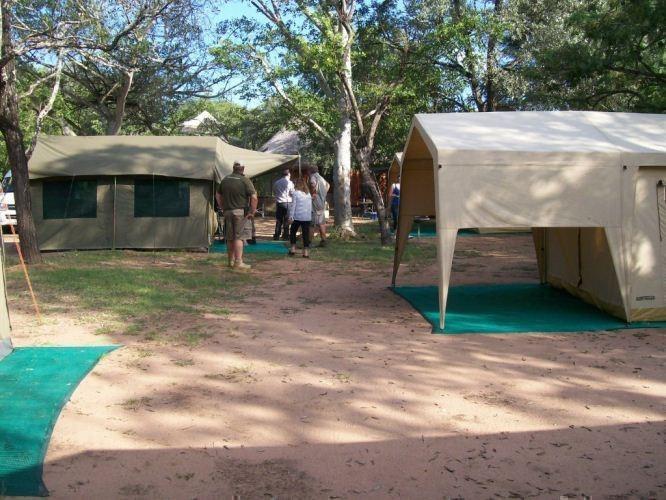 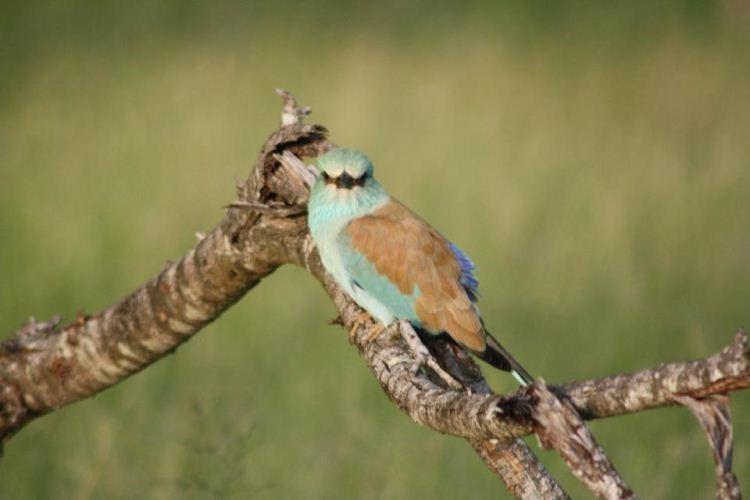 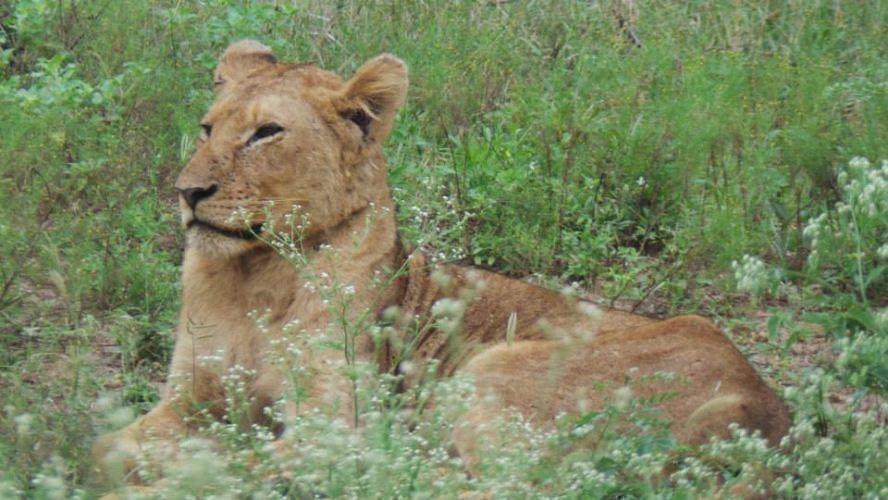 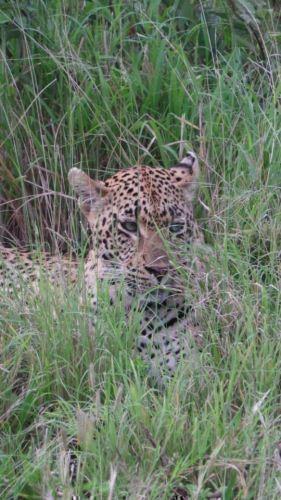 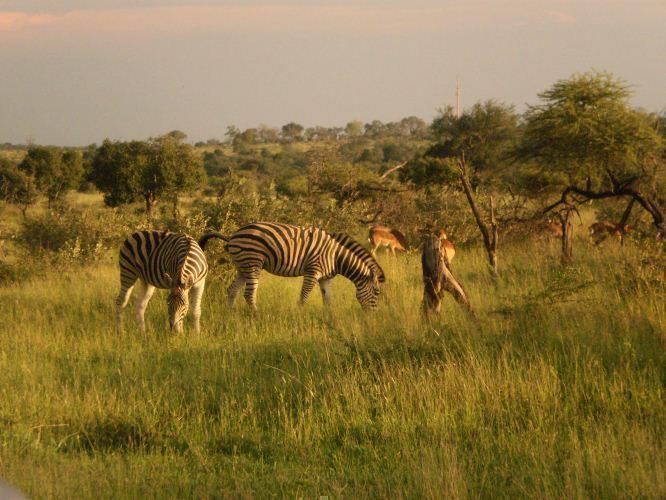 We left our beautiful Rattray's camp in all its splendour to head for our last 'surprise' night in South Africa. En route we did a site inspection at Lion Sands game reserve which was overlooking the Sabie River. They had been cut off the week before due to the extremely high rainfall. This is a beautiful resort which had five categories of lodges and we saw two types of room as the lodge was full to capacity.

River lodge was the basic room which was beautifully furnished and more contemporary than Mala Mala. The Ivory lodge is like a private villa and is stunning with lots of glass and light with its own pool. Of course, afternoon tea was provided.

I must add at this stage that we were starting to cut our intake of food as clothes were starting to feel a little bit on the tight size! Off we went to our secret location. What would it be? Glamping? A luxury tented camp? Not quite. It was basic camping in a two man tent.

I am a girl who likes her comforts so I looked at the tent in disbelief, with shower rooms a short walk away. The camp was located in Kruger at Pretoriuskop Rest Camp. We arrived just in time for a game drive with all eight of us this time in the vehicle. In Kruger you do not go off road so we didn’t have the luxury of viewing the animals closely as in Sabi Sands.

The guide wasn’t as knowledgeable and it was up to us to spot the animals. The difference was the two way traffic as people can come in with their own cars and we even saw a coach! This is the self-drive way of doing a safari so it’s not as exclusive. Spotting animals is down to luck and being in the right time at the right place. Also, at the time of year we were here the grass was very long so in May, for example, this would be gone and so it would be easier to spot animals. Plus they would be on the move searching for food so conditions would be different.

March was not great for game viewing but good for birdlife. Back in the camp it was dark so Jackie and I headed for the shower block. There were three showers and there was electricity and sinks. It was clean. However, as we had been living out of our suitcases all week, finding items was now becoming a problem.

We had a meal around the campfire and bought our own drinks. We had been up since 5.30am so were tired and ready for sleep. I slept well and didn’t hear any strange noises in the night, though I was told I was snoring so I probably frightened the animals away.

We then headed to Johannesburg, a five hour road trip. The scenery was actually really nice and the roads good. It put the UK to shame. We arrived at the gated community at the lovely oasis that was the African Rock Hotel in Johannesburg which was our day room to shower and tidy ourselves up (we had 90 minutes).

Johannesburg is very different to Cape Town with bungalow style houses but surrounded by barbed wire so it’s essential to stay somewhere secure. This is located at Kempton Park about 15 minutes’ drive from the airport and it was a luxury house converted into a hotel. It was lovely and peaceful. It had a lovely garden, pool and outside patio where afternoon tea was served. There are only nine rooms at this hotel and each room is named after a rock. The decoration is determined by what rock it is named after. The staff were very friendly and drove us to Johannesburg airport where we picked up our flight home - what an adventure!