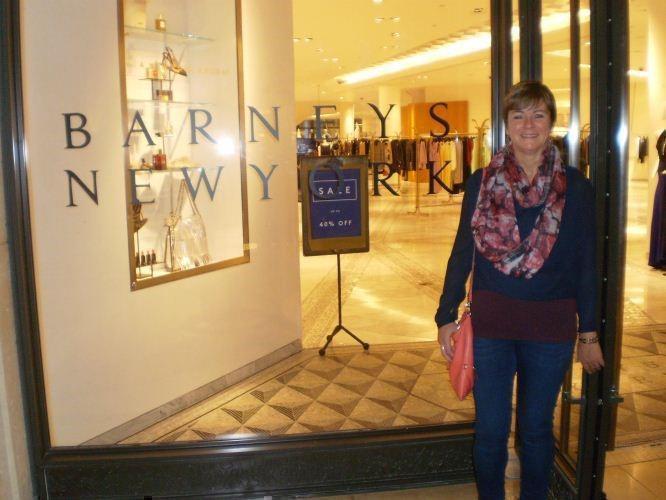 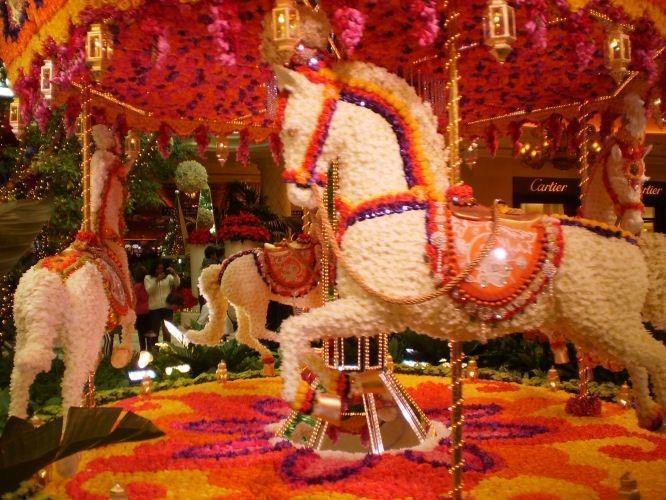 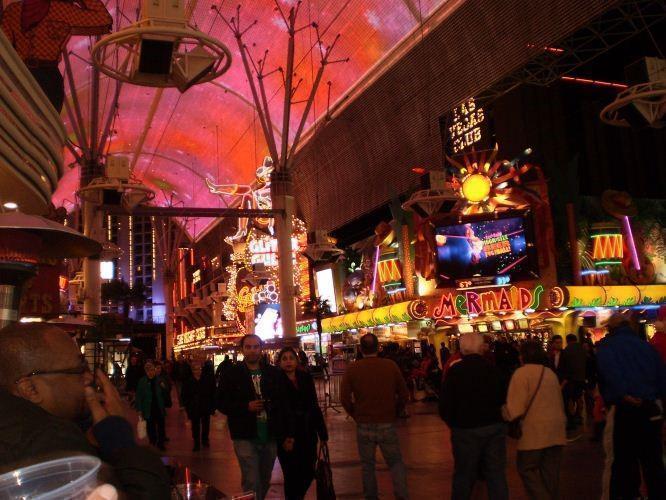 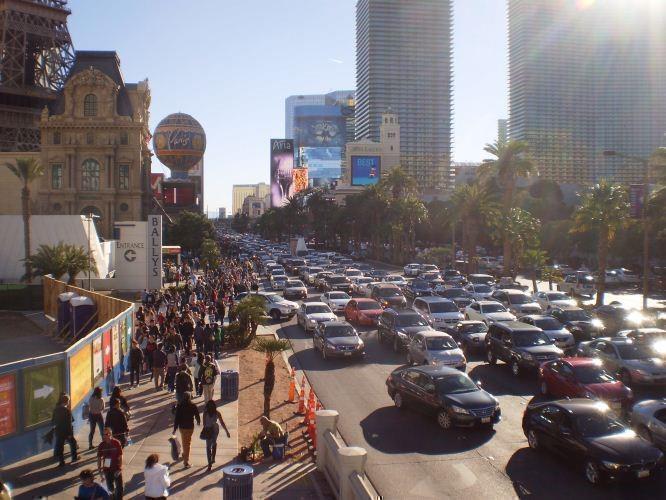 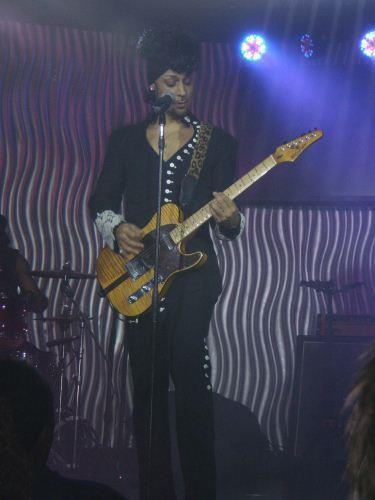 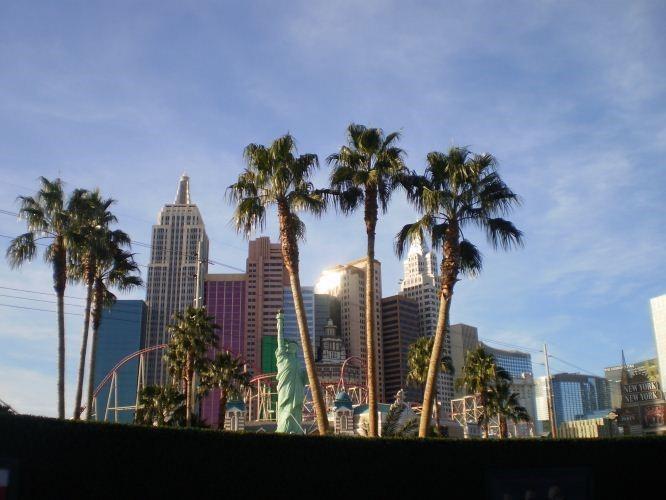 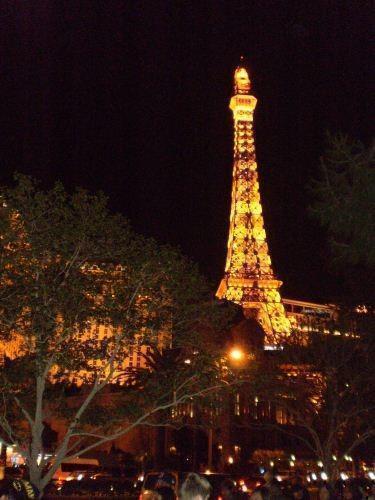 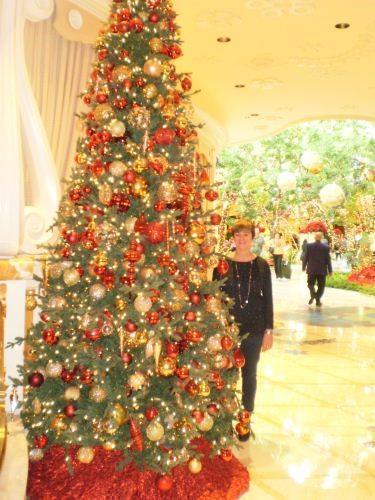 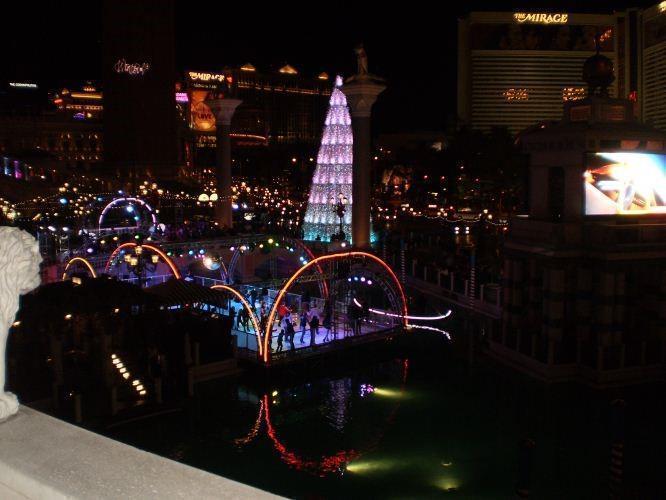 I haven't been away at Christmas since the millennium when we uprooted to Spain for a week. Vegas seemed far more exciting as an entertainment destination with casinos and fabulous nightlife. I had been before in 2001 in the heat of summer so this trip was going to be very different as the weather was going to be cool in comparison.

I packed jumpers, jeans and boots leaving the wet and windy UK behind. The weather was glorious, 70 degrees during the day with clear blue skies. Security at the airport was a breeze from when we landed to collecting out luggage. It only took about an hour which was pretty good going and the airport staff were pleasant. We stayed at The Mirage and the reception there is quite unique with a fish tank behind the main desk. The hotel is located in a little corner centre of the strip on the 23rd floor facing Caesars Palace with the Eiffel tower in the distance.

Once we had unpacked we went off exploring - first to the Venetian hotel opposite with its beautiful Christmas decorations, there was even an ice rink outside and a tree decorated with brightly coloured bulbs which changed colour and then on to Bellagio who were putting the final touches to the decorations all made of flowers.

The big difference from ten years ago was the shopping: it is everywhere - Fashion show mall, Venetian, Bellagio and also Caesar Palace, Macy's, Barney's (very upmarket incidentally), Sacs as well as Bulgari, Tiffany’s, high end couture and even a mile of shops at Planet Hollywood not forgetting the outlet mall on the outskirts! All with pre-Christmas sales! I managed to pick up a pair of nine west ankle boots for just £23 - bargain!

The dining as well has changed though we didn't sample the 'buffets' as the queues were just too long. There are lots of celebrity restaurants including a couple of Gordon Ramsay restaurants though we never got the chance to eat in them. On Christmas Eve we went to Freemont Street for the light show which had taken a Christmas theme. This is in the down town area of Vegas and is traffic free.

On Christmas day we opted for the Paris Casino and pre booked the restaurant at the Eiffel Tower for a late lunch. It was lovely, with great service from Sebastian our French waiter and we also had a window seat table opposite the Bellagio Fountains. After the meal we headed to see the 'Jersey Boys' show which was brilliant. I’d highly recommend this show and would easily see it again. We also got to see the Purple Reign prince tribute band which was in a small room so very close and personal at Planet Hollywood.

On the gambling side we did go on the slot machines but it is very much hit and miss although it’s fun and if you play it right, it can pay for your drinks all night! We finished the holiday seeing cirque du soleil Beatles Love show which was on at The Mirage. This was a beautiful, colourful show made even more special as it was only a small audience of about 400 people. We definitely fit a lot into our trip - we never stopped and shopped till we dropped and have now come home for a rest. Las Vegas is Disneyland for adults with no shortage of clubs, bars, restaurants, shows (Britney Spears, Bruno Mars, Fleetwood Mac and Maroon 5 were all there over the Christmas and New Year period plus other activities such as NFU world title fights). It is very busy and there are a lot of queues and traffic but so much to see and do it will keep you busy… just remember to take some comfy shoes!!