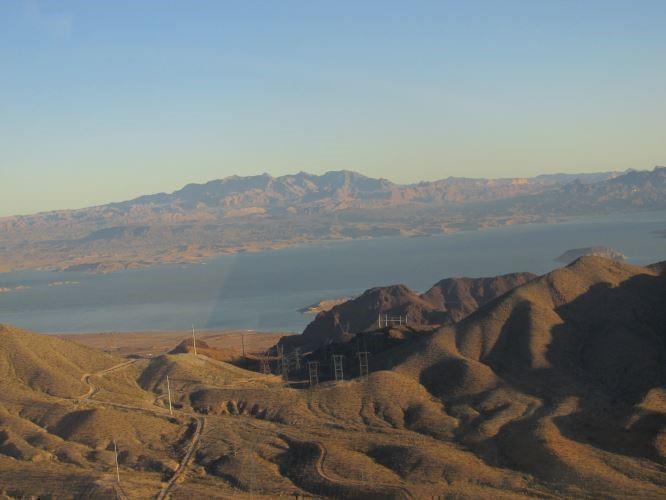 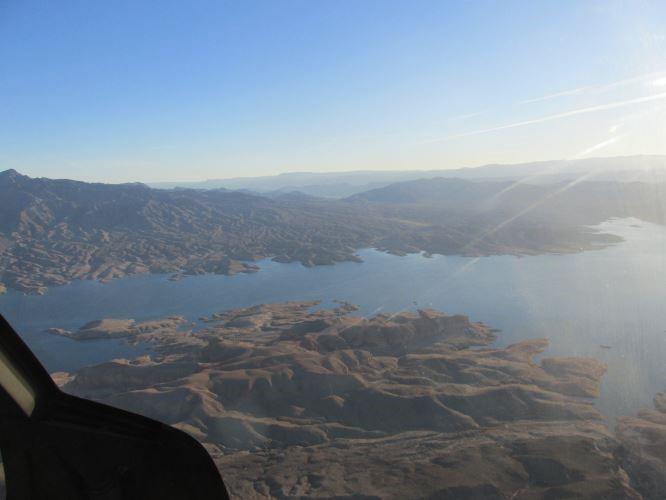 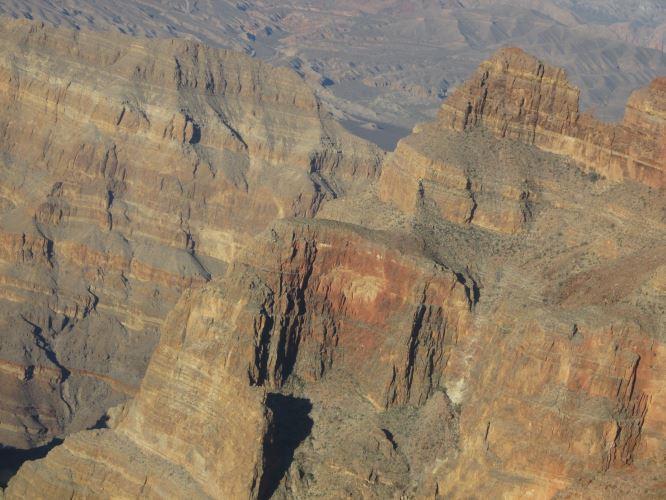 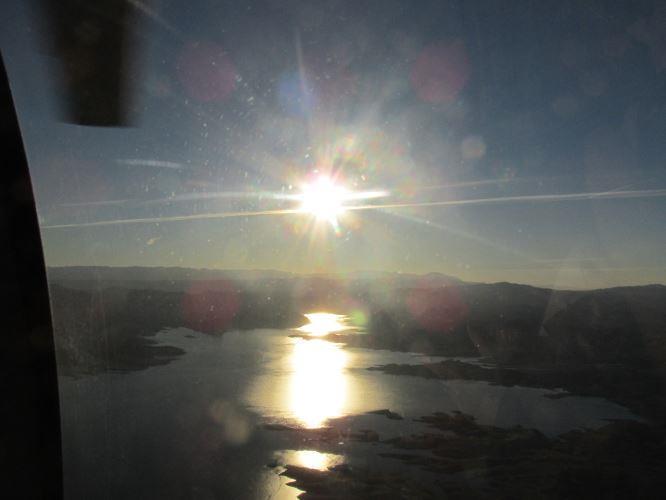 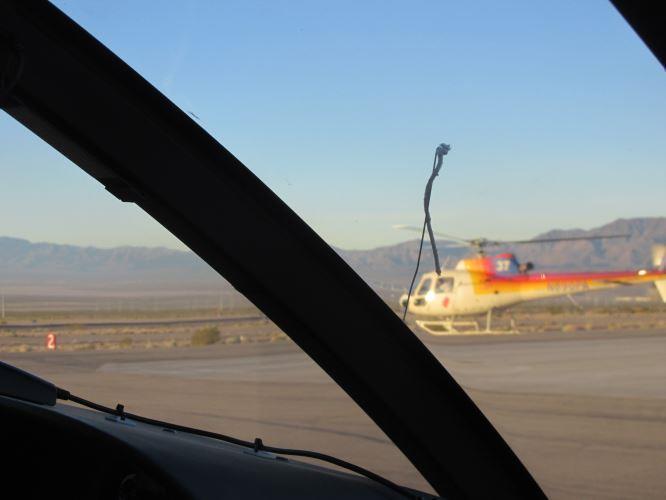 So after visiting 16 hotels in Vegas we had an opportunity to have some free time. We had walked an average of seven miles a day so wanted to try an alternative form of transport.

Our day started with a helicopter ride over the Hoover Dam, Lake Mead and then onto the Grand Canyon. We met up with Tony our pilot from Papillion helicopters at Boulder City airport about 25 minutes’ drive out of Vegas. We had been pre weighed and allocated seats to balance the helicopter. There were three seats at the back and front for passengers and the take-off was so smooth. We were in the air for an hour on a beautiful clear sunny morning and were able to see the wonderful rock formations and colours of the Canyon against the blue of the Colorado River. It was really stunning. We were up in the air for about an hour in total before returning back to the airport.

The rest of the day we had free time to do what we wanted so we all split up, some going to the North Outlet shopping centre. We decided to go to the miracle mile shopping at Planet Hollywood which was pretty hilarious as the most difficult part was exiting the hotel. If you haven't been to Vegas before, the hotels are huge.

So we crossed over to Treasure Island picking up the Tram to Mirage (which is free). From Mirage we crossed over to Harrahs and walked through to the Monorail. The monorail is a really good way to get about. They don't really promote it but it runs from SLS hotel (the old Saraha Hotel) as far as MGM Grand. We got off at Ballys and walked through to Paris. En route we were distracted and had a hydro massage in a machine that is similar to a sunbed for $10 – a bargain which promised to revitalize us (and yes it did)! We then admired the Paris casino (very picturesque), took a peak outside at the Bellagio fountains and then arrived at miracle mile and had a look around the shops and had a spot of lunch before returning back to the Wynn. We still walked about 8km!

The following day we went to the fashion mall. The shopping was amazing in Macys and I got some real bargains. It was well worth a visit and I was able to finish my Christmas shopping. I think maybe you don't need to go to the outlets as this shopping area is really good.

Then we got the local bus. There is an art to this! Have the right money ($8 for 24 hours) as they don't give change. It took a while to master the ticket machines which are close to the stops. There are two buses but the double decker is slower. The single decked bus is much quicker but with less stops. We were going to the Mob museum so had to get the slow bus. The mob museum I will mention on my next blog. The local buses were perfectly fine and an easy way to travel on the strip once you have your ticket. Though the traffic on the strip is pretty busy.