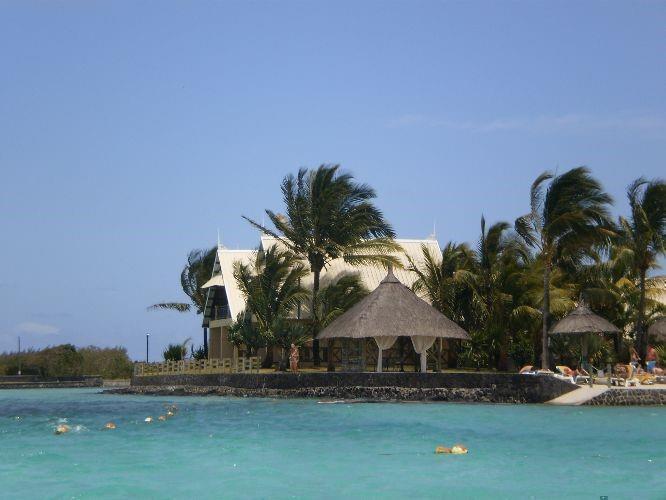 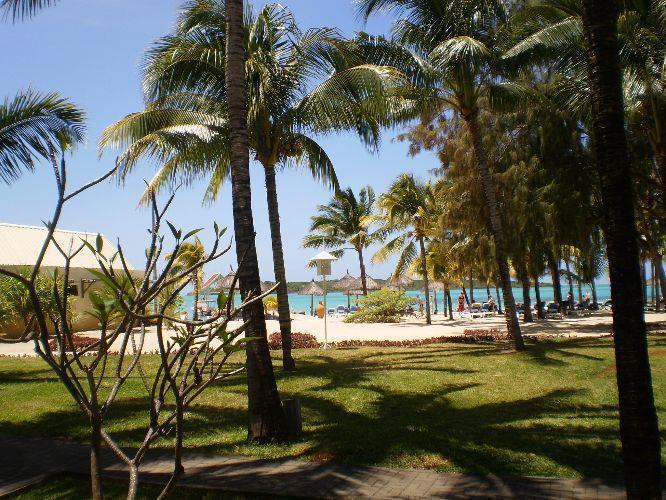 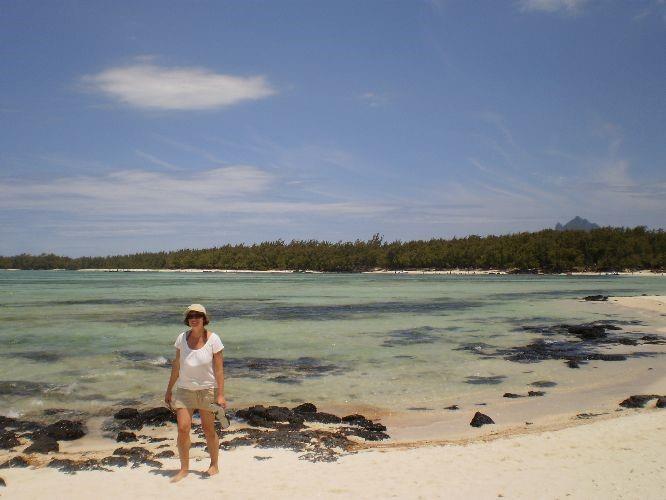 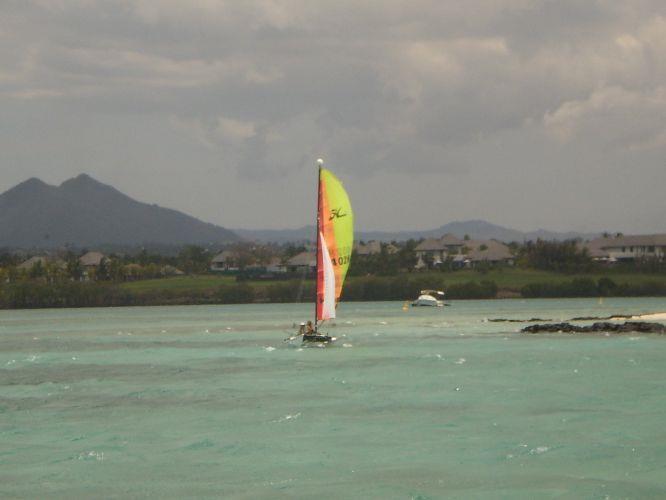 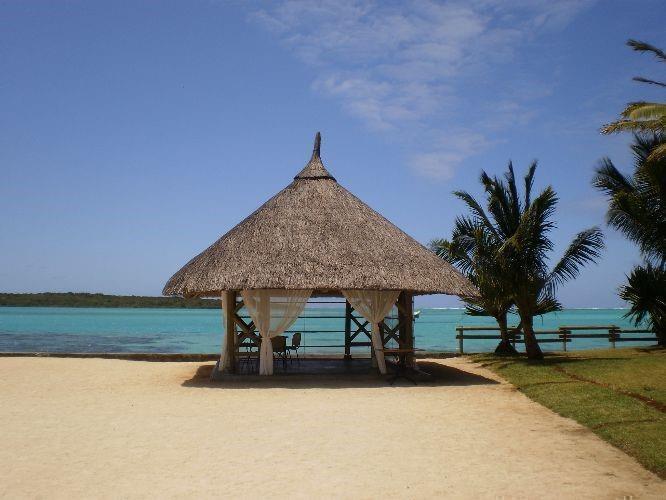 I got married in Mauritius in 2006 and we were so looking forward to returning as it is a very special island. We flew from Heathrow terminal 4 (a new one for us) and used the purple parking valet chauffeur service - why didn’t we use this before? It is so efficient from car to check in and on to the departure lounge took a mere twenty minutes. Terminal 4 wasn’t as busy as some of the other terminals in Heathrow so all in all, stress free!

On arrival after our 12 hour flight we were whisked away by taxi, which took about twenty minutes to the Preskil Beach. This is a three and a half star hotel on the south east coast near Mahebourg. Our room 181 was on the ground floor with a lovely view of the sea, beach and Ile aux Aigrettes. The room was quite simple it had a huge double bed, nice reliable hot shower, toiletries, hairdryer (take your own!), wide screen TV with movie channels and a terrace where we could enjoy the view and watch the birdlife in the gardens too.

We had upgraded to all inclusive because it gave us access to all 3 restaurants which we managed to get booked in to without any trouble every evening. I would recommend upgrading not just for the drinks but also for more of a variety of eating places. Half board is restricted to the buffet restaurant and there wasn’t a great deal of variety or choice in that restaurant.

We like to have waiter service on holiday so chose to eat at the à la carte restaurants we had read that the Charka restaurant was very good and the steaks did not disappoint though the portions were very big! The tapas bar was beautiful in the evening on the beach and served Mediterranean fusion and the portions were again on the large side but the service was better.

Entertainment was the usual 'dance' shows but quite low key generally so not for people that like to party.

The beach is coarse sand at Le Preskil and the water is very shallow so you can walk out quite a way and still touch the bottom - not great for swimming. It was a beautiful aqua blue and crystal clear; if you wanted to snorkel you could pay for equipment from the watersports hut. There were pedalos, canoes and sailboats free of charge and the hotel also had its own glass bottom boat which operated up to a Ile aux Aigrettes which overlooks the hotel which is a nature reserve fabled home of the Do Do.

Bicycle hire is available as well as it was relatively flat (though we didn’t try this) taxis are parked outside the hotel if you wanted to get out and about or take a walk! We did walk back from Mahebourg which was the nearest town, which didn’t take us too long and wasn’t hazardous. The weather was very mixed – we had an anticyclone- this meant it was windy, cloudy and occasionally wet. The good and bad days alternated though you did need a jacket in the evening.

We managed to go out on the hotels own catamaran based at the hotel and had a lovely day snorkelling at blue bay and visiting Ile aux Cerfs which was stunning. We visited the hotel spa a couple of times and had a nice relaxing aromatherapy massage and used the hamman (steam room), we played a lot of tennis as the temperature was perfect. Mauritius isn’t a humid island so you are able to do activities without feeling drained. We had done all the excursions on our previous visit except the Capital Port Louis. So we had a half day out with a taxi looking around the waterfront shops and local market. A wedding took place everyday at the gazebo so excellent for weddings (one a day).

My overall impression is although this hotel has its imperfections, this is a pretty hotel for people who want to see Mauritius in beautiful surroundings without breaking the bank. Another bonus is the proximity to Ile aux Cerfs, which was a highlight for me and also proximity to the airport was a bonus.