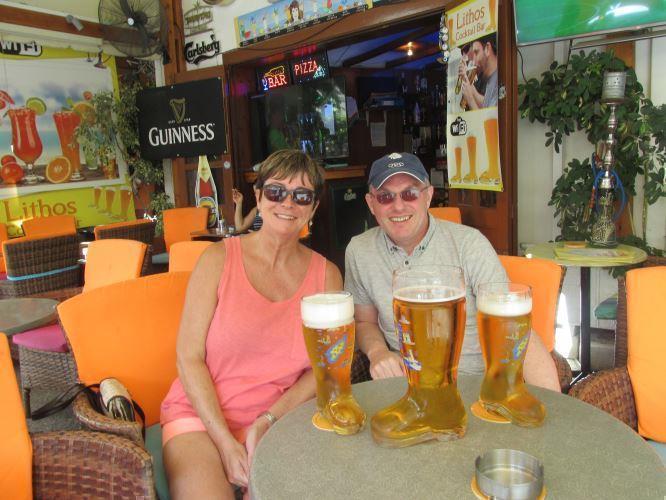 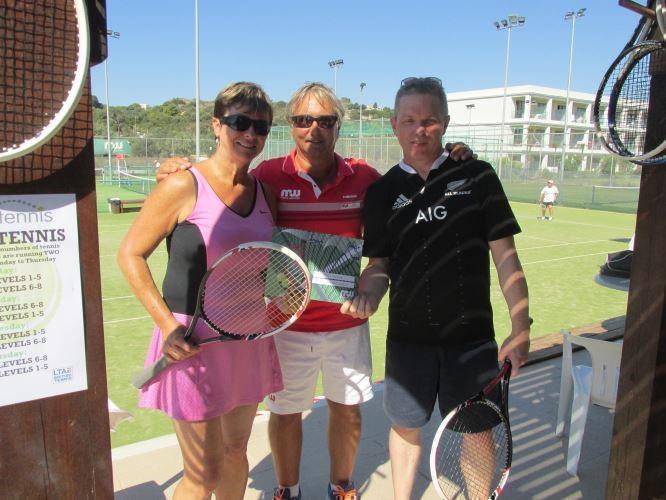 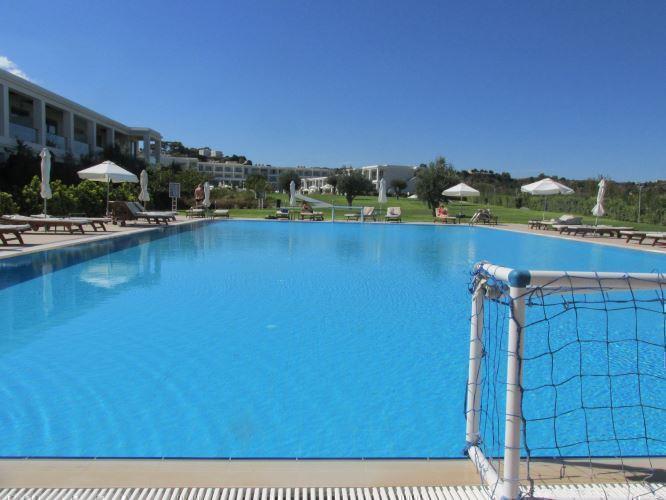 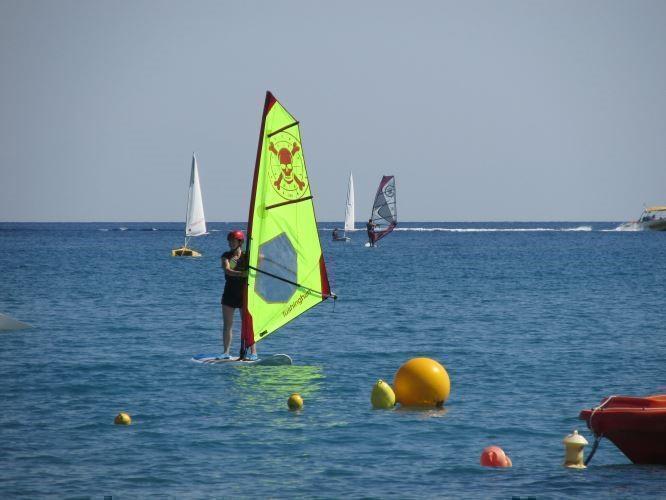 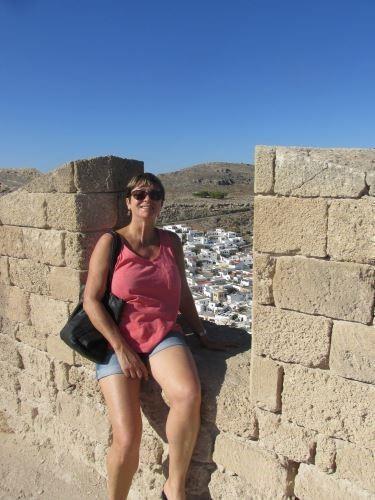 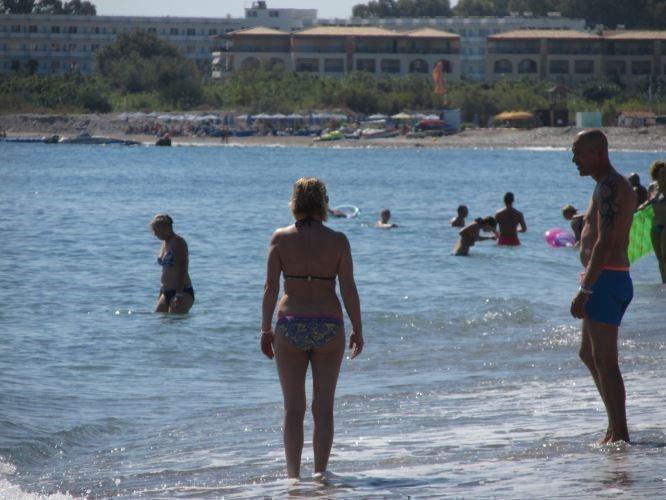 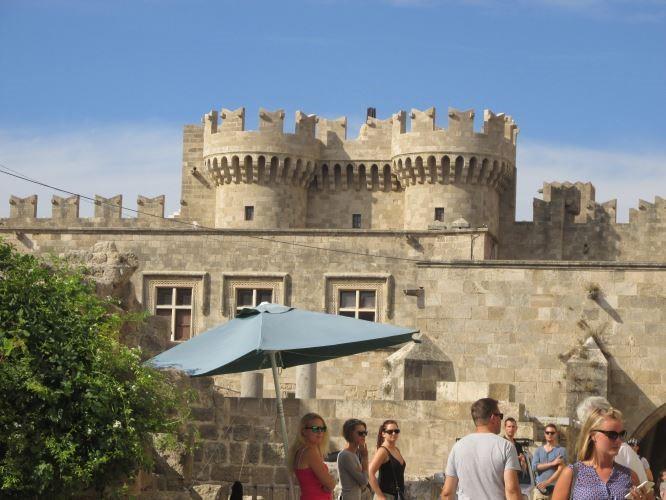 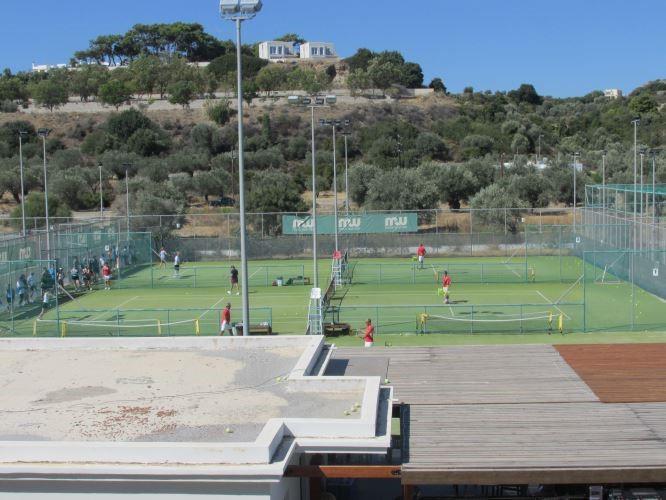 As an ex Greek holiday rep I know Greece pretty well. I speak the language and know lots about the culture and history of most of the islands.

I never worked on Rhodes but have been on holiday several times as it is great at low season as it keeps the weather longer than other parts of Greece as it is further south. The first time I visited was 1982 when Falaraki was just a beach and I was a party animal. My last visit was my brother’s wedding 12 years ago when I stayed in Pefkos.

This time I was in Kolombya which is about 30 minutes’ drive from Rhodes town by taxi. Normally if I go to Greece it is basic self-catering and I go out to tavernas and like to mix with the locals. This time I was on a different style of holiday. A Mark Warner 5* which was half board and more an activity style holiday. Those of you that have read my previous blogs may note that I do go on a lot of tennis based holidays and this one is no exception. I also do adult only holidays a lot. Mark Warner caters for families, mainly because it has excellent childcare so it was going to be a big change for us.

At the airport I was wondering if this was such a good idea with the children running around burning off their energy on the luggage carousels before getting on our bus. However once we were at the resort they seem to mysteriously disappear. The hotel is a little out on a limb and it takes 20 minutes to walk to the nearest resort so if you are looking for typical Greece you are not going to get it. The beach in front of the hotel is mostly stones so again not the prettiest beach but perfect for the sailors (as well as tennis Mark Warner does sailing courses). It also has lots of bicycles as well so if you wanted to you could go on an escorted bike ride, or out on your own. I would like to say that I did this but 'cycling' isn't really my thing Jim did try and persuade me and get me out of my comfort zone.

The hotel is actually really peaceful. The rooms are large and have lots of towels, air conditioning and even a bath and shower cubicle. Gone are the days of the shower curtain when the water went everywhere. The rooms are cleaned every day and the hotel is spotless. There are plenty of swimming pools - adults only, family, children pool, lively and even an indoor one. There is a spa, yoga, water aerobics, a gym and children’s clubs.so plenty to do.

The staff are so lovely. I can’t remember staying in a hotel where the staff have been so friendly. A special mention to Mika the restaurant manager who is amazing plus Phillipou and Kiki who worked in the restaurant who were just so lovely. There was plenty of variety in the restaurant for breakfast and dinner. Before I left the UK I read on Trip Advisor someone slated the food and said they were starving (how could this be?) The cuisine was international so always plenty of selection for even the fussiest of eaters.

Now on to the tennis. We signed up for the academy with the great team Jack, Rafa and George who never seemed to stop. We were put into groups of ability so that no one would hold the groups back and I thought the drills and lessons were excellent. There were social sessions and tournaments taking place at the end of the week and me and Jim managed to win the mixed doubles competition - I have the certificate to prove it! The courts are all floodlit, they provided racquets and balls and you could play early morning or late at night if you wanted. Plus you can pay for lessons locally if you didn't book the academy. One day 36 people turned up to play social.

As a Grecophile I needed to go out and explore so we took the local bus to Rhodes town which takes about an hour. I love Rhodes town - the old town is so quaint with shops, restaurants and bars within the walls of the castle of the knights of St John. I had a gyros (a pitta with Port and tzatziki and salad) and a boot of beer and watched the world go by. We also took a trip to Lindos which is one of the prettiest villages in Rhodes and walked up to the acropolis at the top which had amazing views.

It gets very busy there as it has an acropolis and castle up at the top with the beaches at the bottom. Our calf muscles were bulging by the end of the day. We did this by local bus as well which took about 45 minutes and about €4 each enough to do in half a day. So all in all a great holiday with great weather. This was a really active holiday where we went at our own pace as didn't have to worry about rushing back for meals at the hotel, it wasn't a late night holiday so if you like to party this hotel probably isn't for you. But if you like sports then it is perfect.