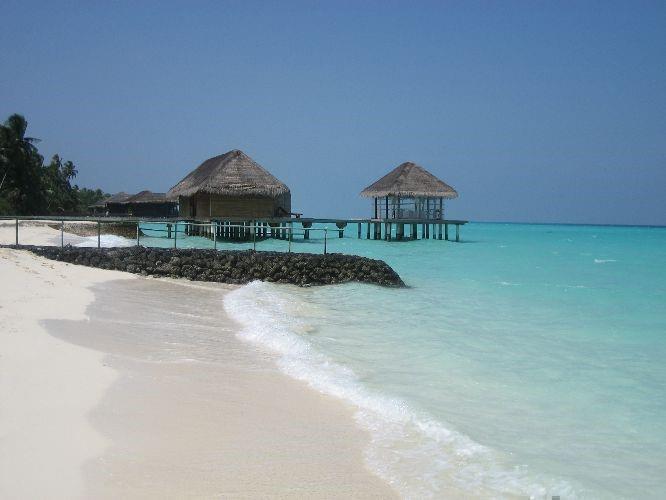 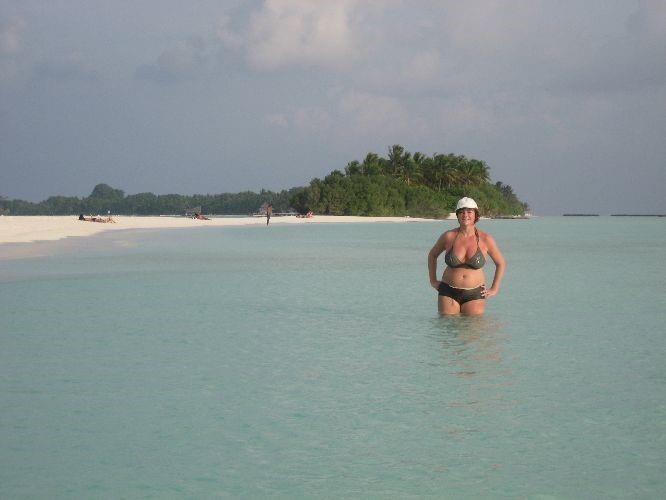 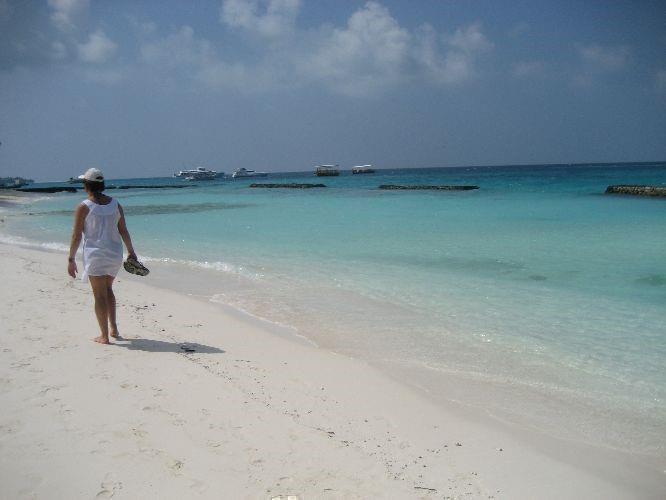 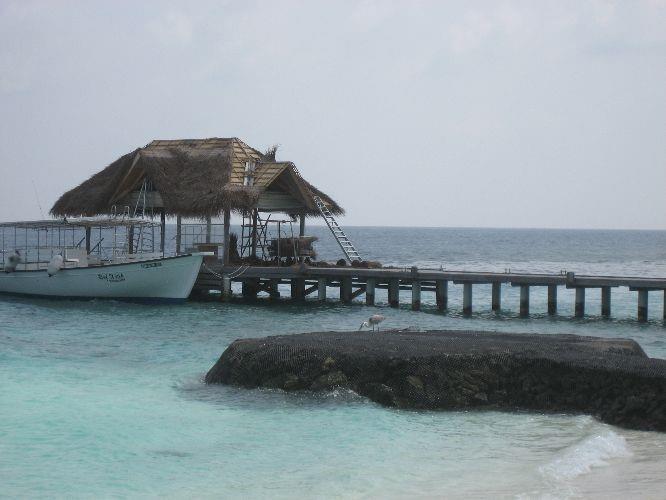 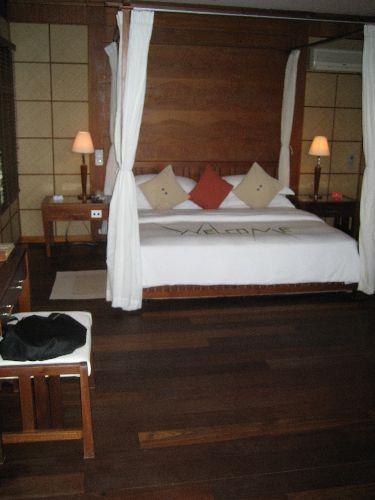 In November I was sending a special offers email out to my regular customers when I noticed one to the Maldives which was a fantastic deal so I followed my own advice and booked it. To be honest I didn't think it would be my cup of tea as I am quite an active person and thought I would go stir crazy stuck on a small island! I love going away just before Christmas because the prices are brilliant and also you miss all the rushing about and queueing in town centre car parks for Christmas shopping. So a week in the Maldives was just the tonic, plus it was my first wedding anniversary so I wanted to see if it lived up to its billing as a great place for romance.

We flew on a direct flight from Manchester and opted for the speedboat transfer. In hindsight I would have preferred to have taken the sea plane as the speedboat isn't quite what you imagine especially when you are on it for an hour. Kuramathi Island where we stayed is one of the larger islands which has 3 resort hotels we were staying at the all inclusive Kuramathi Village in a deluxe room. The rooms were located in the gardens but only steps away from the beach. I would say the circuit of the island was over a mile so you didn't feel too claustrophobic.

We got a fair bit of mileage in as we would spend the day at the Blue Lagoon Resort at the centre of the Island which had a spa, a pool and a tennis court.Then we would come back to the village for lunch and then back to Blue Lagoon for a game of tennis in the late part of the afternoon. I must admit tennis was difficult in the humidity but we managed to play everyday. .

The Blue Lagoon also had a spa. I was in dire need of pampering and the 45 minute trigger point massage took an hour and a half and was evil (no pain no gain). However I have had a pain free year this year so it has saved me a fortune in chiropractor fees. We had our massage at the end of the jetty in the open air bliss.

In the shallows you see plenty of fish. the catfish (miniature sharks) looking after their patch, and the beautiful coloured parrot fish and because the water is so shallow we walked out quite far from the sand bank so didn't need to snorkel as the fish were in abundance. One night we ate in the Laguna Grill restaurant and all the crabs came out to play on the beach, it was great entertainment!

As I mentioned before we were on all inclusive which meant we ate in the buffet restaurant or had a credit in the other restaurants in the resort.I don't like to be tied to one restaurant so to have a credit was great so we could try alternative restaurants and just pay the difference. The all inclusive bar had a great atmosphere and the entertainment was surprisingly good, especially the live band that played a good variety of music. The weather was excellent - it rained once or twice but we just headed to the haven of the bar. So did it live up to its romantic billing? Yes it did, and would we go back? Yes we would. It's not just a divers destination but a great place to chill out. I am so glad I have experienced the 'desert island' holiday.