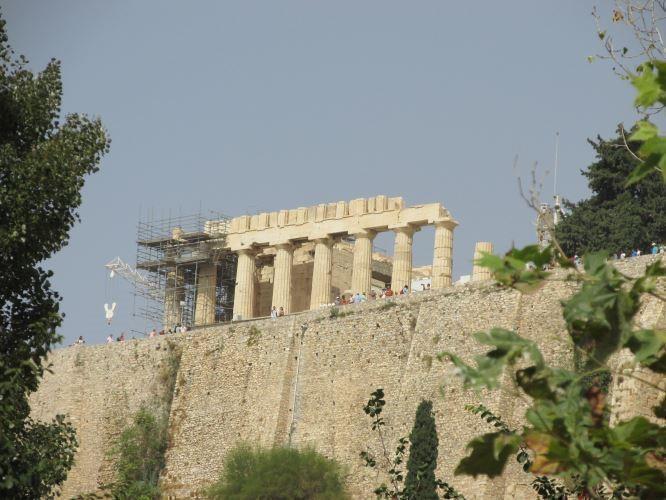 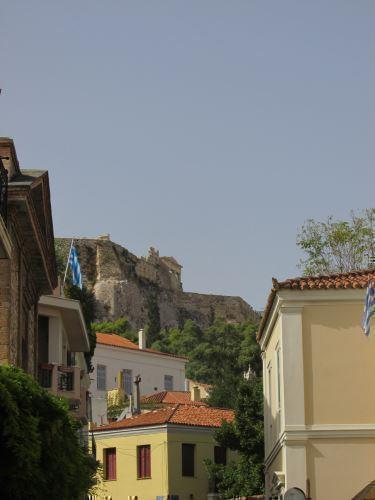 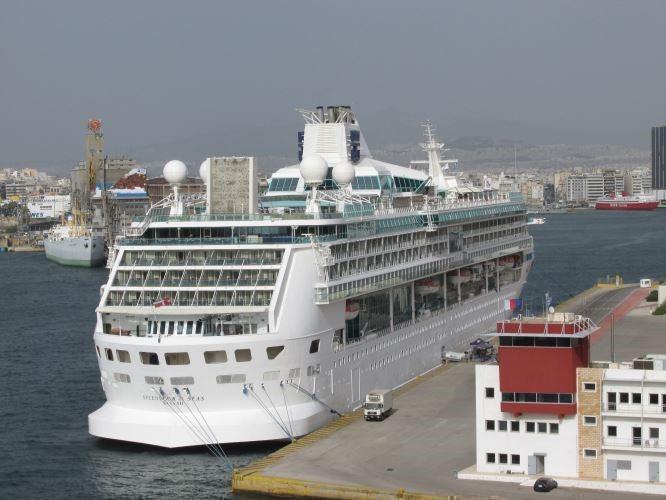 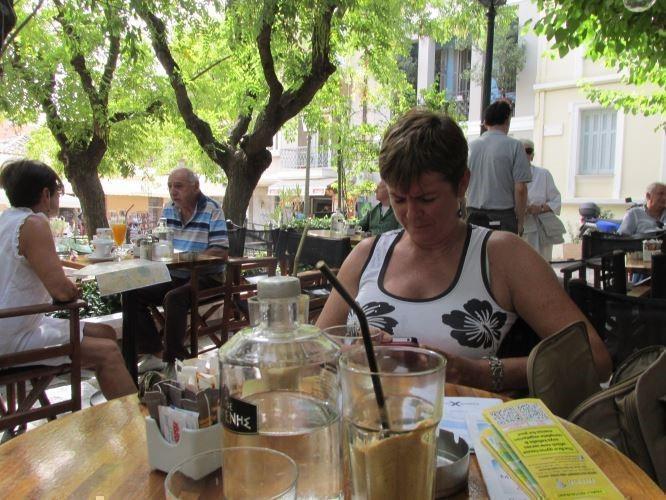 So onwards from Mykonos to Athens - we hadn't planned to do anything here at all. I had been several times before so had done the Acropolis and Parthenon.

I did think about jumping on a flying dolphin or ferry and hopping over to the islands of Poros or Aegina but you forget the vastness of Piraeus and the ferry boats seemed too far away from where we had docked.

So we got off and walked. A man with a mini train approached us to have a guided tour of Piraeus. We didn't fancy that so we carried on walking away from the ship and into Piraeus. Finally I hailed a cab I was able to use my Greek to negotiate a price to Plaka in the centre of Athens.

The city still had its congested roads despite the new infrastructure and we were able to pass various stadiums on route built for the Olympics. He took us to the centre of Athens to Plaka which took about 30 minutes. Plaka is lovely, a little pocket of Athens with shops, tavernas and a view of the Acropolis without having to do all the steps. We sat in a tavern with a cold frappe watching the world go by under a plane tree you can’t get more Greek than that. This kept us cool and on a day when it was 34 degrees, Plaka was perfect.

Its funny how trends change - 20 years ago it was all Greek vases painted with gold leaf and pottery now it is all t-shirts and jewellery and not a vase in sight. I bought a lovely Greek key bangle and some silver Greek key earrings as a souvenir. On the way back we did the metro this was introduced to Athens when they had the Olympics in 2004 - we found it by chance as we were looking for a taxi. It is a lot easier than London as there are only a couple of lines but a lot quicker than a taxi and no congestion taking us back into Piraeus.

Considering we were going to not bother with Athens I am glad we did as we had a lovely day.