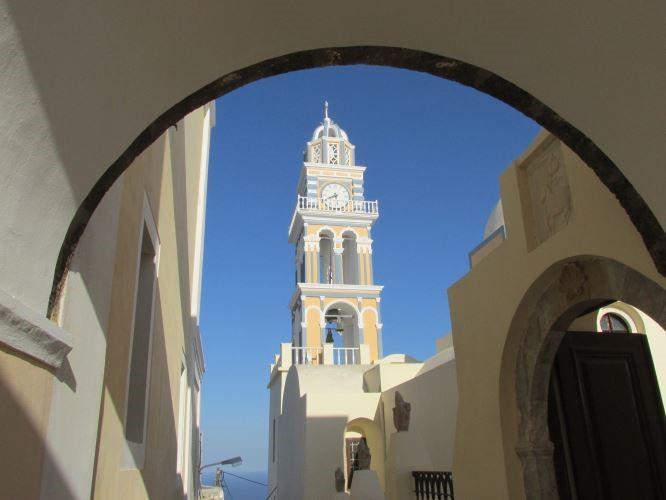 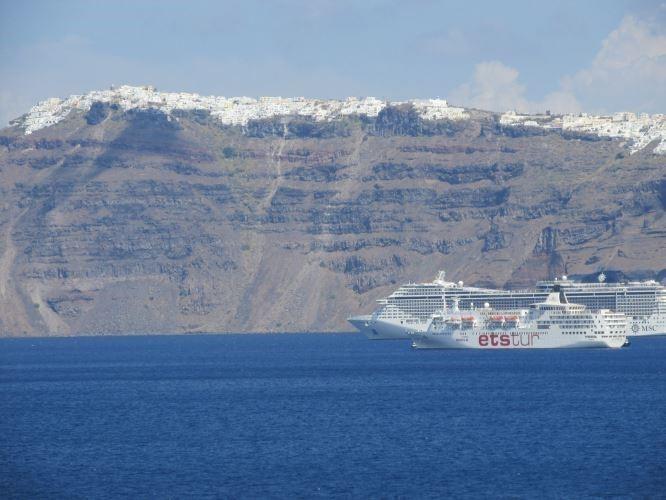 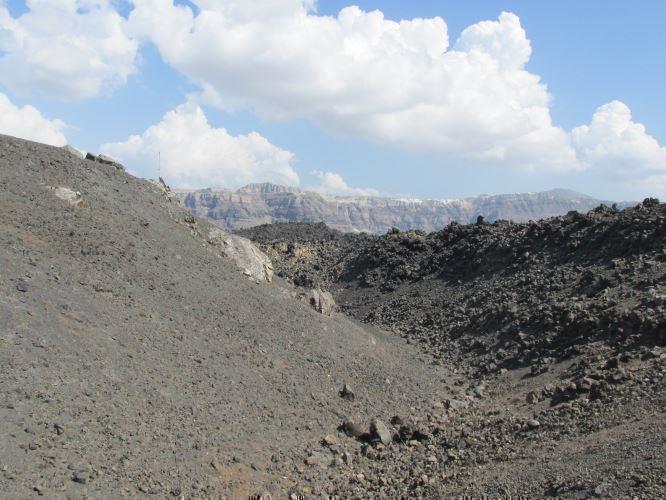 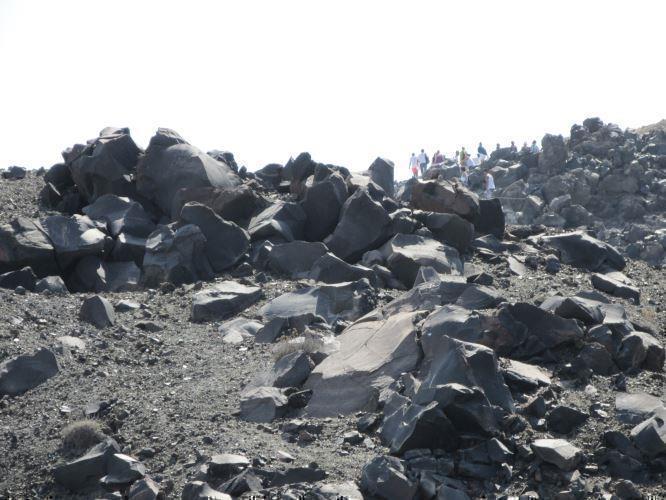 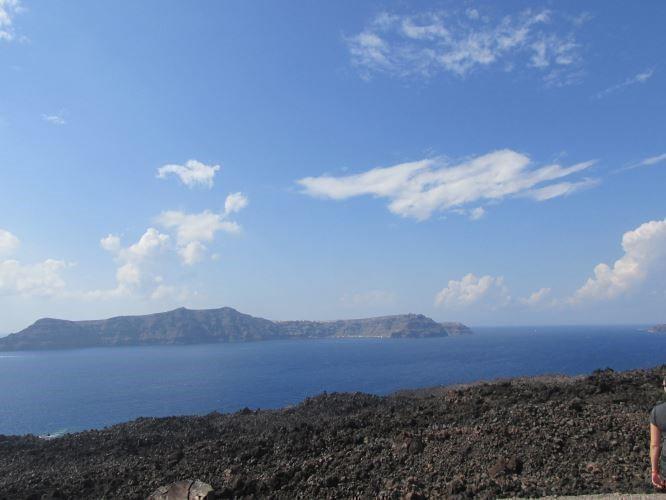 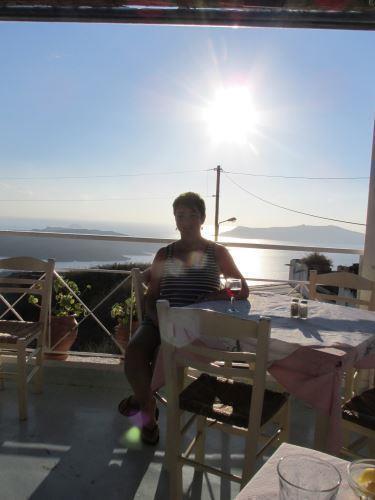 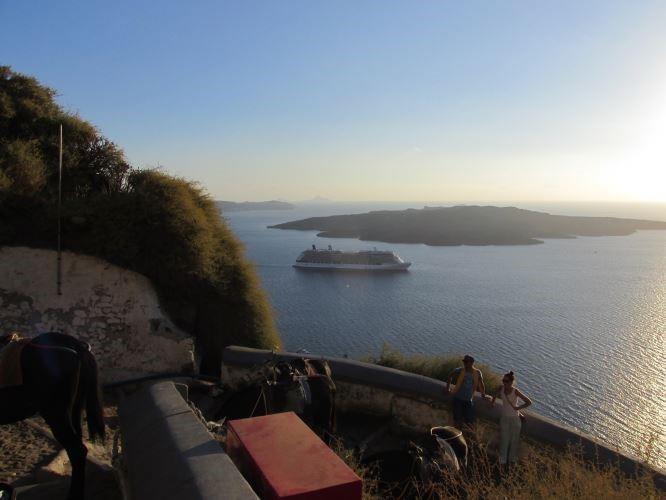 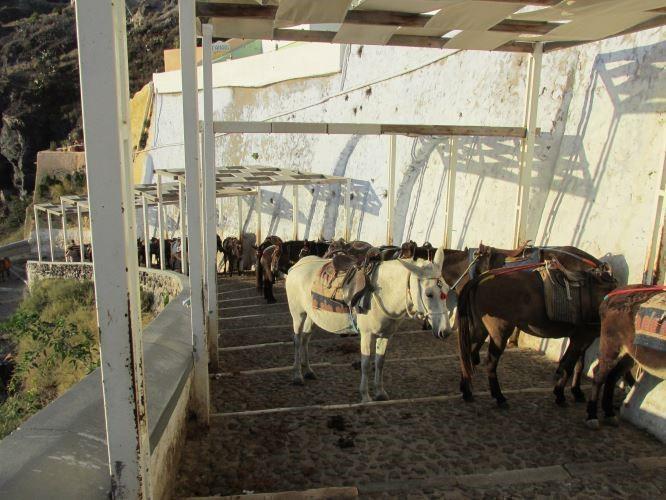 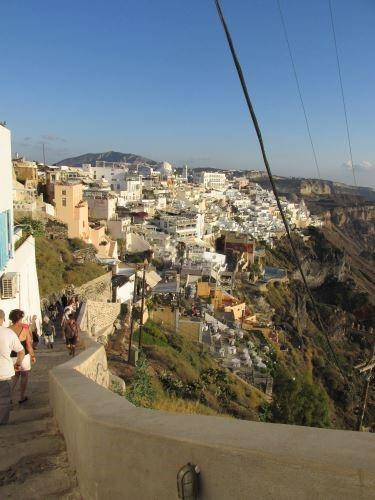 We had a day at sea before arriving at the beautiful island of Santorini. I have been here many times before as when I was a rep I worked on the nearby island of Naxos so I was constantly back and forth to the airport. I decided rather than go to the island and see Oia and Thira which are the major draws to the island with its beautiful Cycladic architecture. I decided I would climb the volcano instead!

So we went off to the caldera and learnt about the eruption that wiped out the island and the Minoan civilization. It was interesting seeing the pumice and rock formations and the view over to Santorini.

We had the opportunity to swim in the sulphur pools but I declined and stayed on the boat.

We had time to go and see Thira there were two options of getting to the town; donkey or cable car. We went up in the cable car and had a wander. It had changed a lot since I was last there. More shops and a little more commercial. We managed to find a lovely taverna and had tsatsiki, calamari and a glass of rose overlooking the Caldera before making our way back to the ship. The queue was long for the cable car so we did the donkey track at our peril. It was a lot longer than we anticipated!