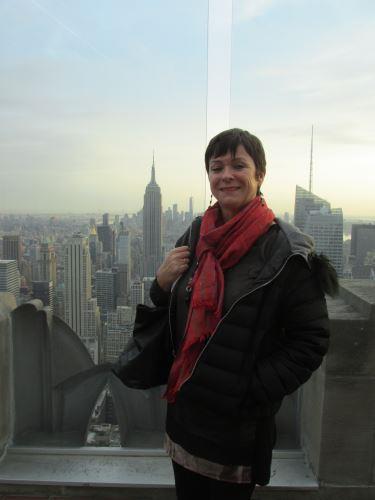 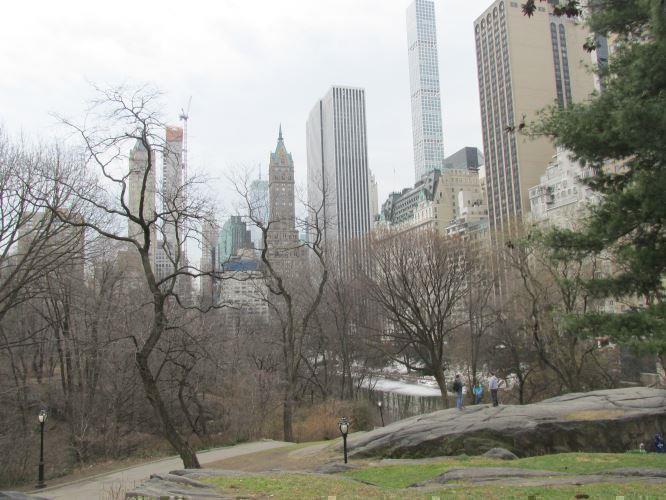 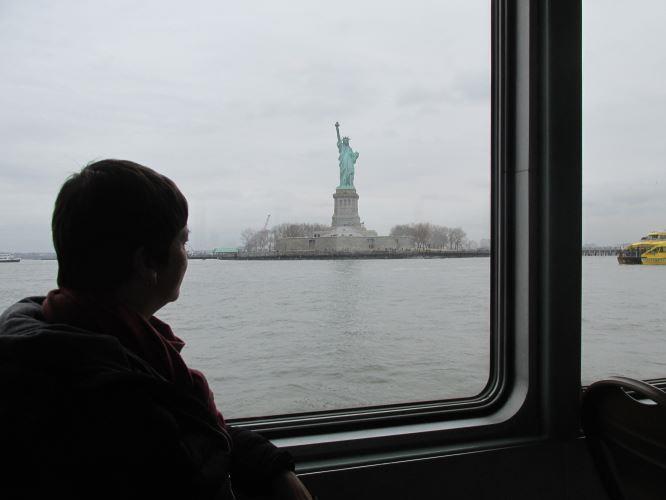 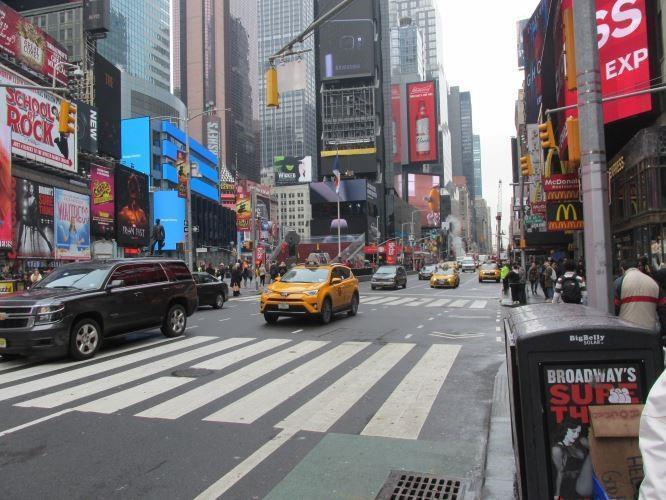 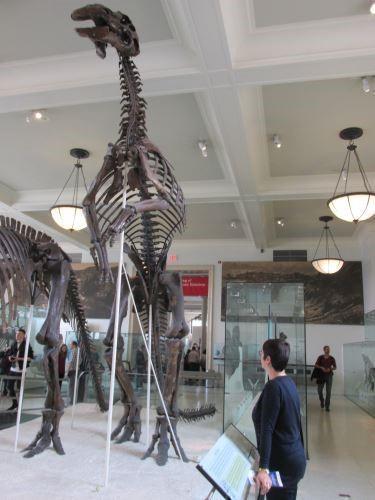 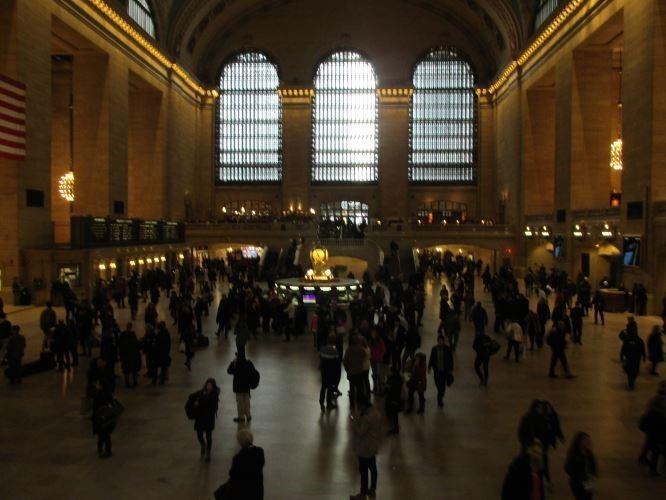 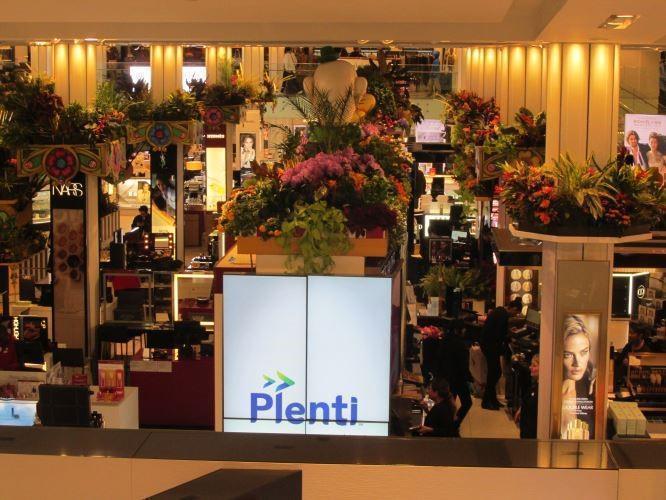 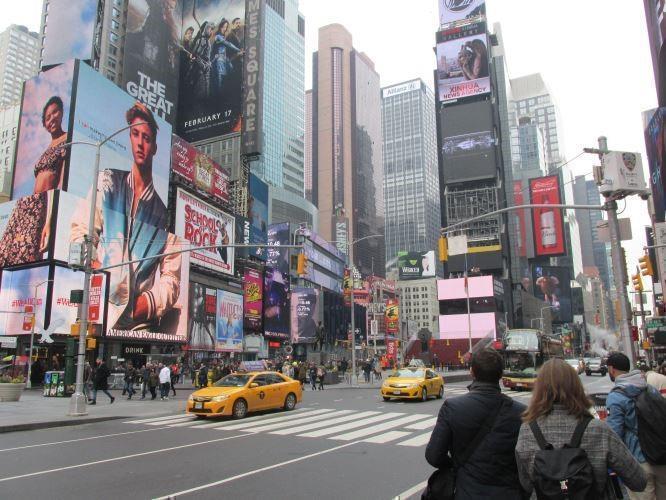 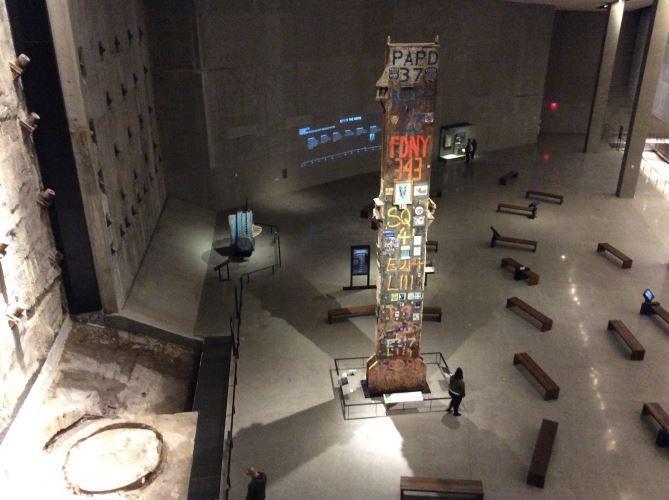 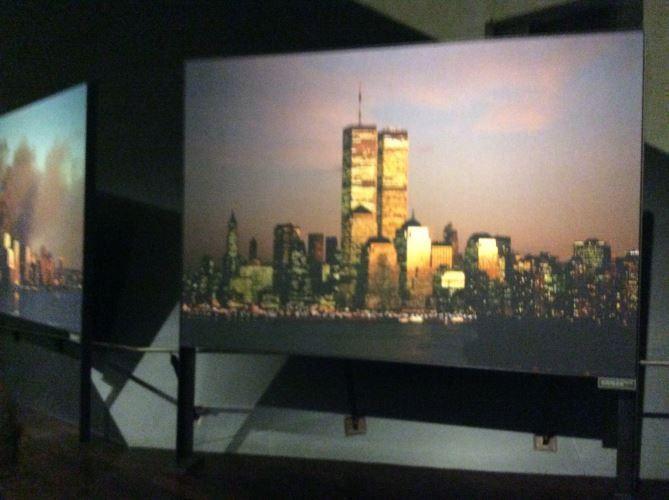 We were lucky that we hadn't flown the week before as there had been heavy snow and a week later it was still evident as we made our way from JFK airport! It's not a pretty journey to the city and the traffic gives you an indication of what is ahead... New York is bigger than you anticipate!

We were heading to mid town Manhattan, which is where I feel the majority of tourists stay. I have to say that I wasn't 'brave' enough to stay in a hip neighbourhood so we decided on the Barclay Intercontinental located down a side street on 48th street. We were close to Grand Central station & Park Avenue.

A big tip is to wear comfy shoes as there is a lot of pounding to be done on these mean streets. We had our New York City pass and we were going to use it!

Even though we were pretty central a lot of walking was done and we put in some mileage. Our first stop was the Rockefeller Centre for the view of New York. New York has a lot of skyscrapers and art deco style buildings the Chrysler Building is impressive.

Grand Central Station is a lovely building with the famous 'stairway shootout' from various films.

We went to see a musical on Broadway -'Get on your feet' the story of Gloria Estefan which was excellent. This wasn't included in the pass, we pre-booked the show in the UK. If you are prepared to queue there are places in Times Square to purchase discounted show tickets.

Our evening finished with hot dogs from a stand - $3 each, a bargain compared to some of the pricey restaurants around Times Square.

What I did notice, people never seem to stop in New York - everything is on the go! Breakfast was at a local deli which was cheap and cheerful. We visited Central Park and the Museum of Natural History. Central Park is quite vast and we passed the Dakota building the place that is famous for where John Lennon lived. There were a few vendors selling John Lennon pictures & a few buskers singing. The museum is very impressive with a fantastic dinosaur display! On day 3 we went to theNational September 11 Memorial & Museum and took the subway. The memorial was very sobering. I think most of us were affected by the event and can remember that day really well . The accounts and vehicles, items salvaged gives it an eerie quality, it is also big enough to absorb visitors so it doesn't feel busy or crowded. From there, we took the subway back to Grand Central Station then walked down to the pier (this is a very long walk) to pick up the circle cruise around the Statue of Liberty. This cruise takes about 2 hours and would be lovely on a sunny day but not on a freezing cold day in March! It was included with our city pass.

We went up the Empire State Building at night time but unfortunately didn't see much as the mist had descended, which was a shame as it would have been nice to see the skyline.

On our last day we experienced the rain of New York and it lashed down, flooding the pavements! We had a look around the shops, Macy's the largest department shop in the world and Bloomingdales with all its designer shops before departing for the airport.

JFK was a little bit like a small regional airport in that it didn't have much in the way of shops and facilities just the bare minimum so maybe a good tip is to not rely too much on the airport on the return for gifts, get them in the shops during your stay.

Gte in touch if you'd like to find out more about visting New York City!