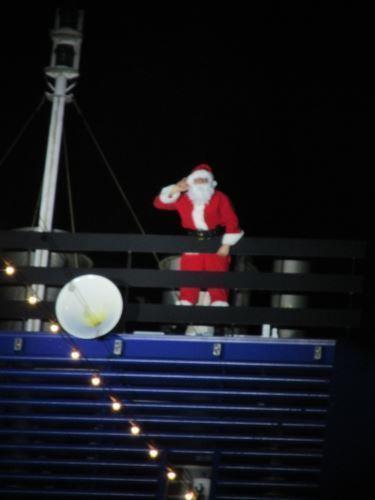 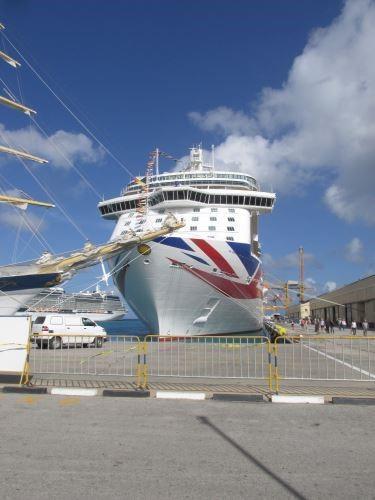 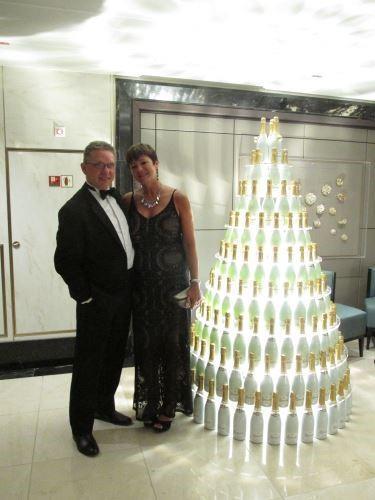 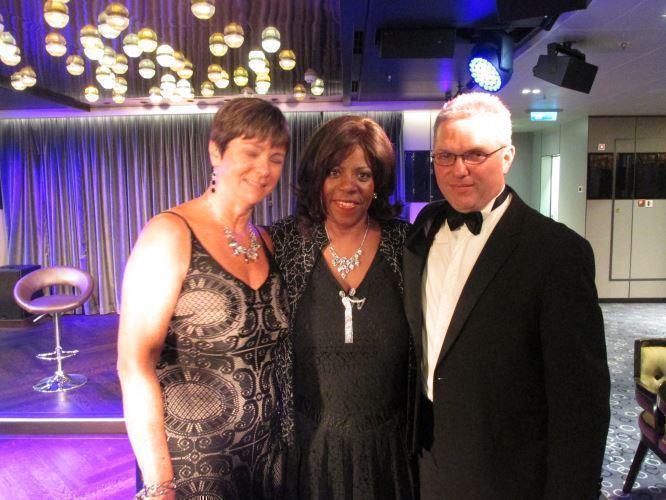 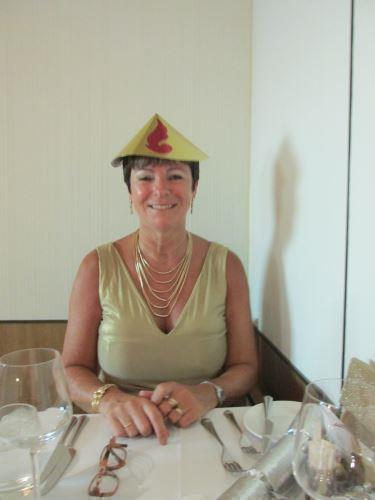 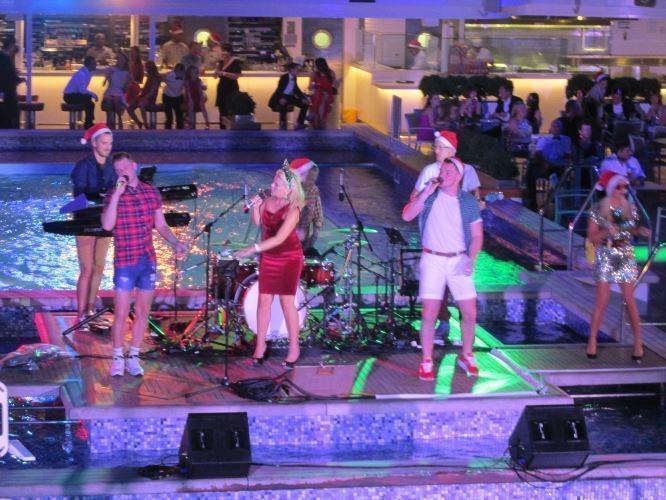 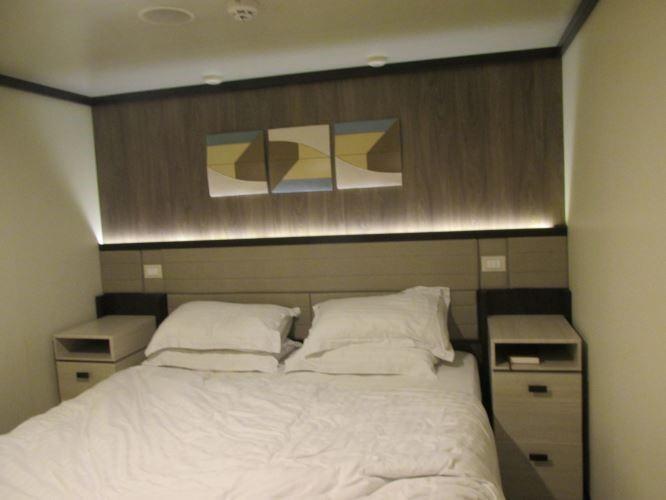 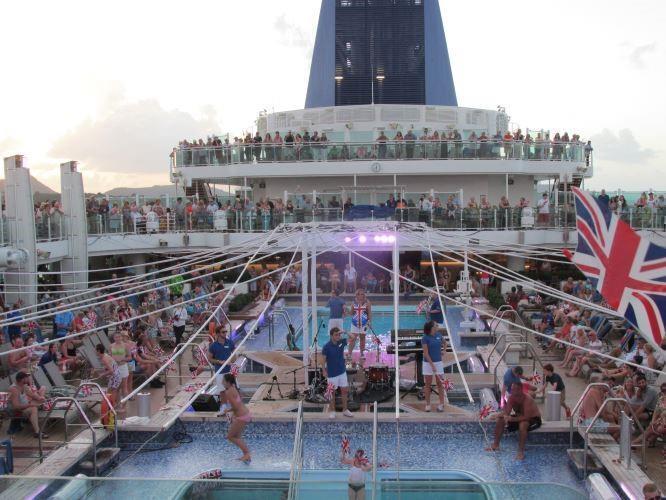 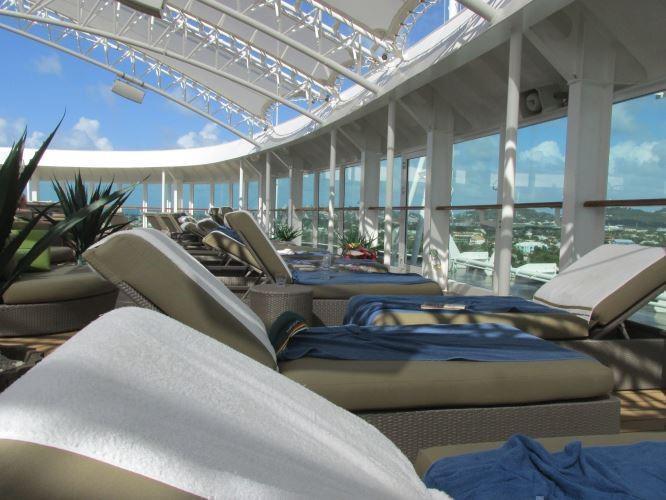 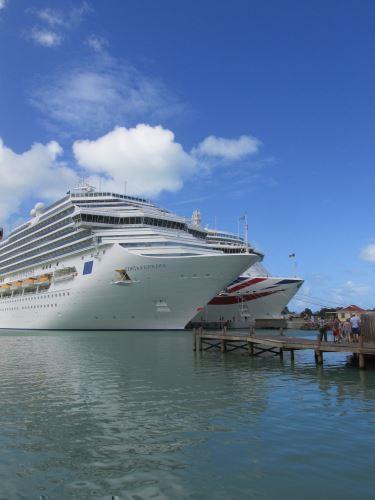 This cruise had been booked in January.We never usually booked early but this deal was just too good. 2 weeks covering the Caribbean and with the bonus of flying from Birmingham. It meant flying out direct to Barbados with the entire flight all cruise passengers which meant once we checked in we never saw our luggage again until we were in our cabin. When we landed no immigration queues we were put on coaches and whisked off to our cruise ship 'Britannia' - We checked in and told our cabin was ready so no waiting around and time to explore the ship. The luggage took a bit longer but we had prepared in advance and had something to slip into just in case. The ship was in Barbados overnight and had 2 days of arrivals with the newbies recognisable by the garlands that decorated them( given at check-in). We had an inside cabin this was on D deck ( 11) 208 we hadn't picked the cabin but had gone for a saver which meant the cruise line picked our cabin in the category we had booked and also allocated what time we ate in the restaurant. So we had freedom dining which suited us as then we chose what time we ate and also the size of the table. There was traditional dining as well which is fixed dining times and you eat with the same people every day.

Britannia is famous for having the cooking school so we enrolled to do an Indian cooking class whilst on board which was a laugh and after we prepared the meal we got to eat it afterwards and it was really niceThey gave us the recipe cards so we can try at home but they did measure the ingredients for us in advance.

Britannia is the largest P&O ship and the design is different to other grand cruise ships going for less glam and understatement. There is always lots going on. The Horizon newsletter which is put on your bed every evening tells you a bit about the port, and what is happening on each deck every hour and on what deck. Also any special offers - the spa seemed to have one everyday so maybe worth holding out until you get on board. I had a massage & facial which was on special £92 which was very good( they use Elemis products). She did a hot stone massage which took away my aches and pains.

The sunbeds on board are not padded unless you pay an extra £30 per person and go to the retreat. Which is an adult only area at the front of the ship? This is quite exclusive and only allows 70 people maximum and is available from 9 am -6 pm . There are water and coffee on tap plus you can have breakfast, lunch and afternoon tea up there too which was a nice touch and very comfy sunbeds.There are plenty of sunbeds on deck to choose from there is a Serenity area for adult only and then there is the main pool deck which was always very busy.

The ship was full 3600 passengers 500 of which were children as it was Christmas there were a lot of families spanning 3 generations, special birthdays I saw a few banners on doors for 50th,60th and 70th birthdays, wedding groups and also a mystery group of 100 travelling together. A cruise caters for all though I didn't anticipate so many children though they were no bother and the kid's clubs looked after them brilliantly.

Entertainment was held together by the excellent band Pulse who were worked hard in the live lounge.There were also tribute bands , comedians , singers and shows to keep us occupied. We paid extra to see Jackie Graham in the Limelight club who was excellent. We missed a couple of shows as we had pre-booked restaurants only to find they clashed as the entertainment programme is only released the day before. The casino on the ship is very small and the payouts also! There is a pub that did quiz's and karaoke if you spent enough time there, there would be a subject you specialised in. It also had football on live from the UK so the men were able to watch on boxing day

Food is very geared up to the British palette and also portion size. We ate in all the restaurants this ship is different as the dining areas are lighter and give an impression of a small dining area. There are a few restaurants where you pay a cover fee The Beach House is definitely worth a visit (£10pp surcharge) and the Epicurium the food is lovely (£40pp surcharge) though it didn't give the wow factor that I have had on other ships, The Sindhu (£20pp surcharge) also was just ok. The main restaurant I found the menu didn't change much the food was good and reminded me more of home cooking rather than a restaurant. There is also an afternoon tea which was well worth it. just for the fresh cream eclairs that were delicious

So Christmas - yes it was festive Christmas music on at every opportunity. Santa arrived on the funnel of the ship on Xmas eve, there were carols, pantomimes, Christmas films and shows Christmas themed, Turkey dinner on Christmas day with party hats and crackers and live music on the pool deck. The kids had a Santa's grotto as well on Christmas day. The ship was tastefully decorated with trees & decorations dotted about the ship. Our sitting was 5.30pm which meant we had to get ready early in our finery as it was a black tie night. A bonus with the ship being air conditioned is that unlike a Caribbean resort which can be quite humid the ship allowed you to wear what you want without fear of melting. So in summary, if you are looking for a great family trip at Christmas look no further as this caters for everyone.