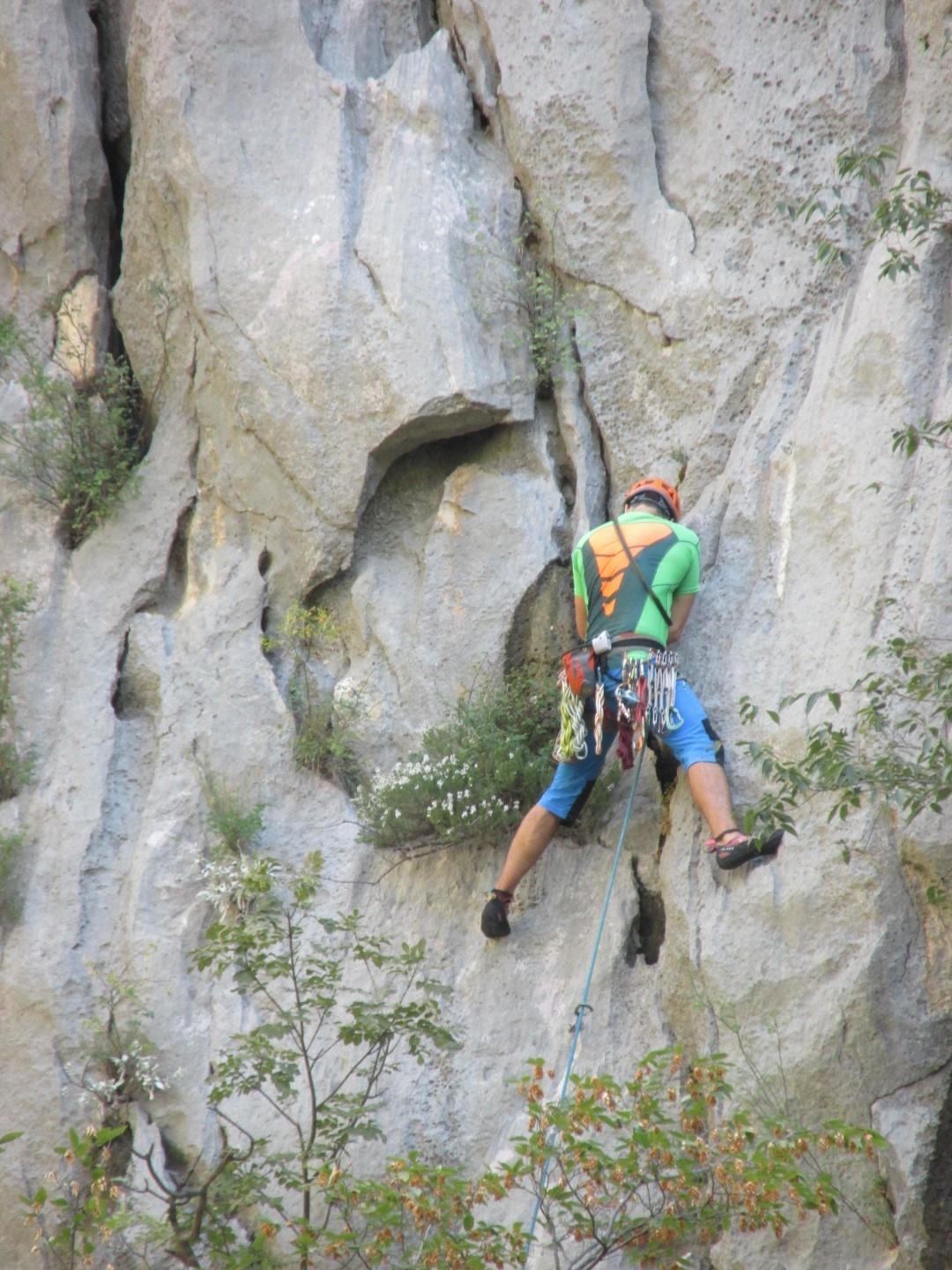 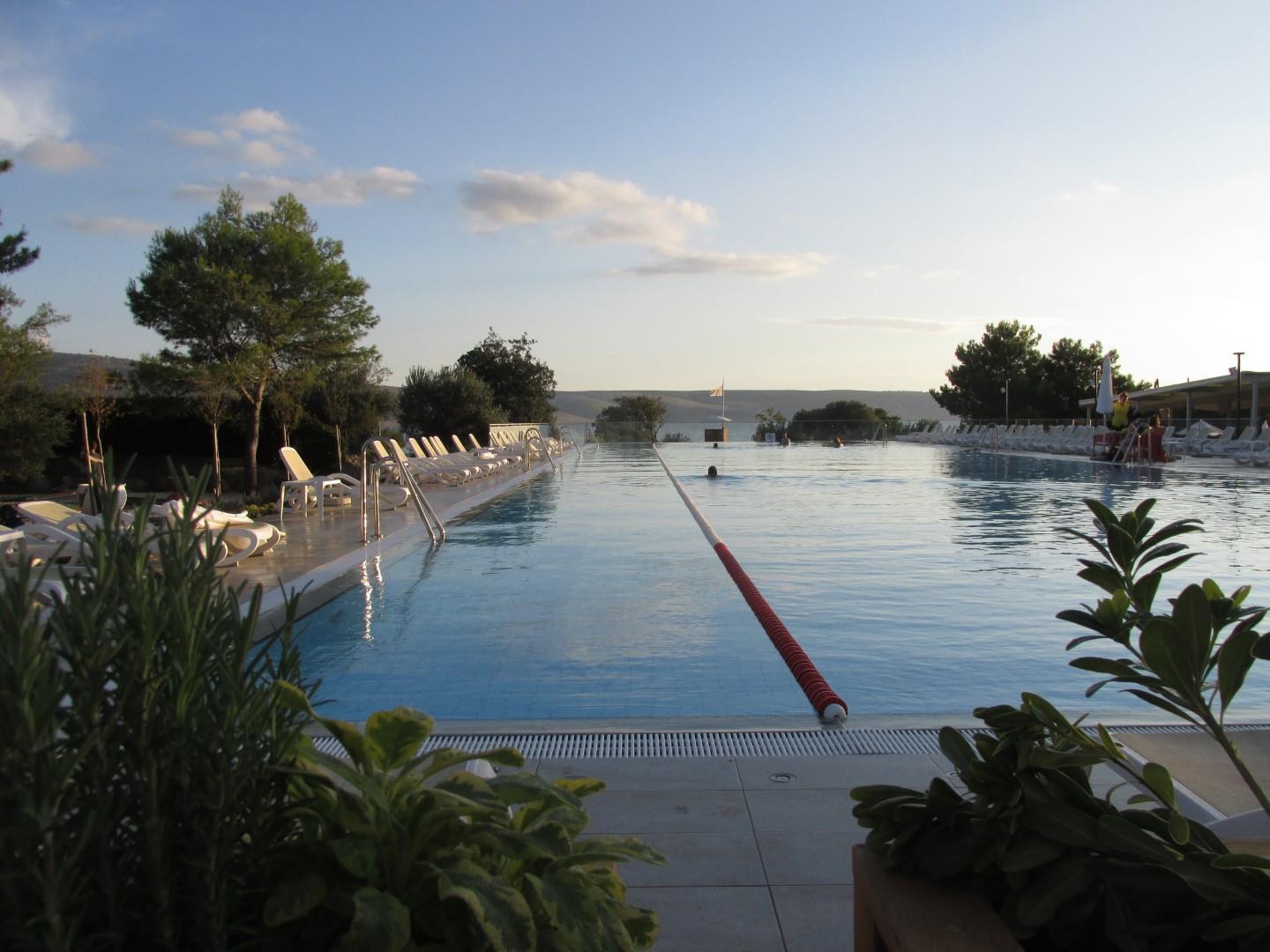 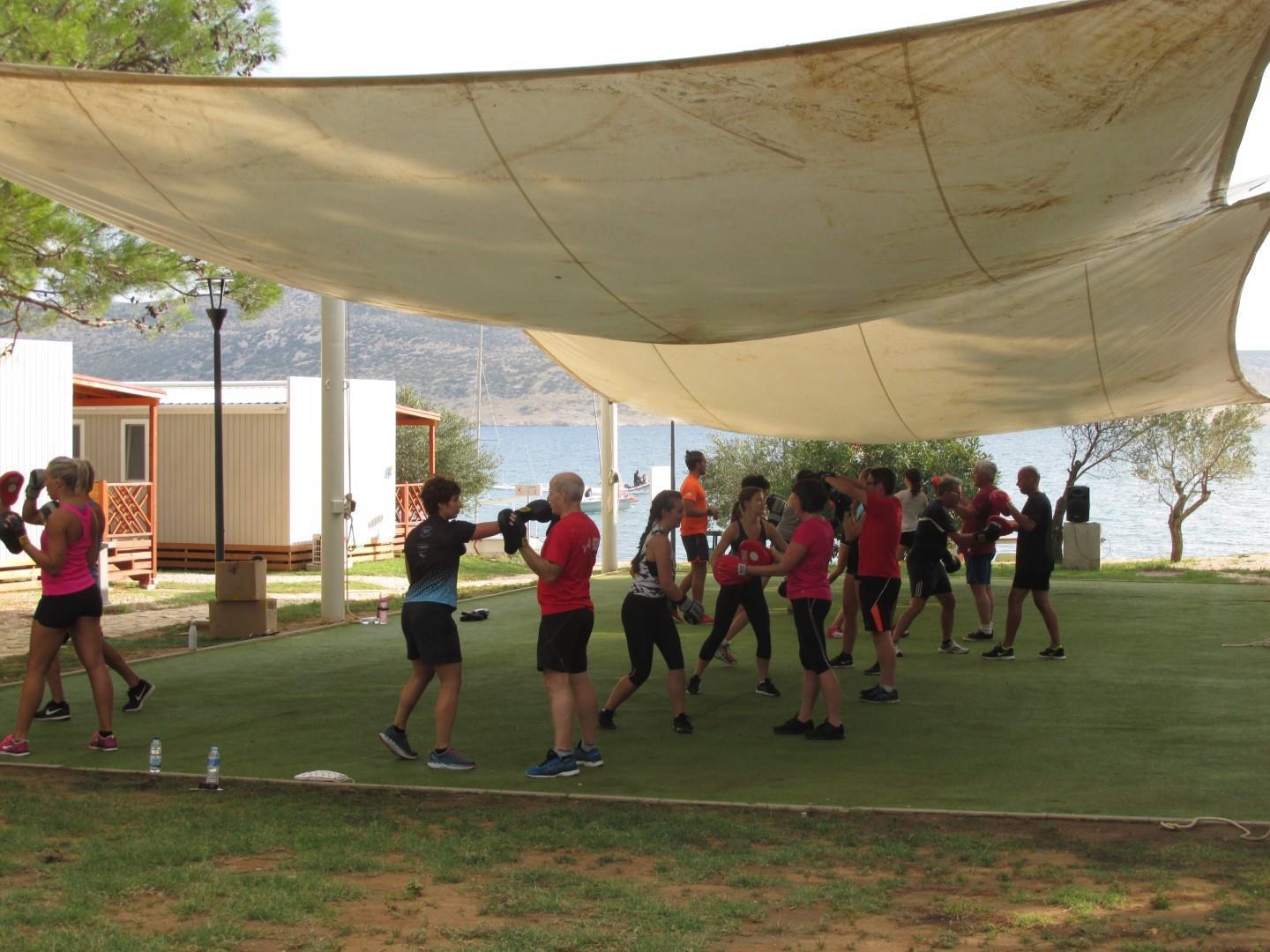 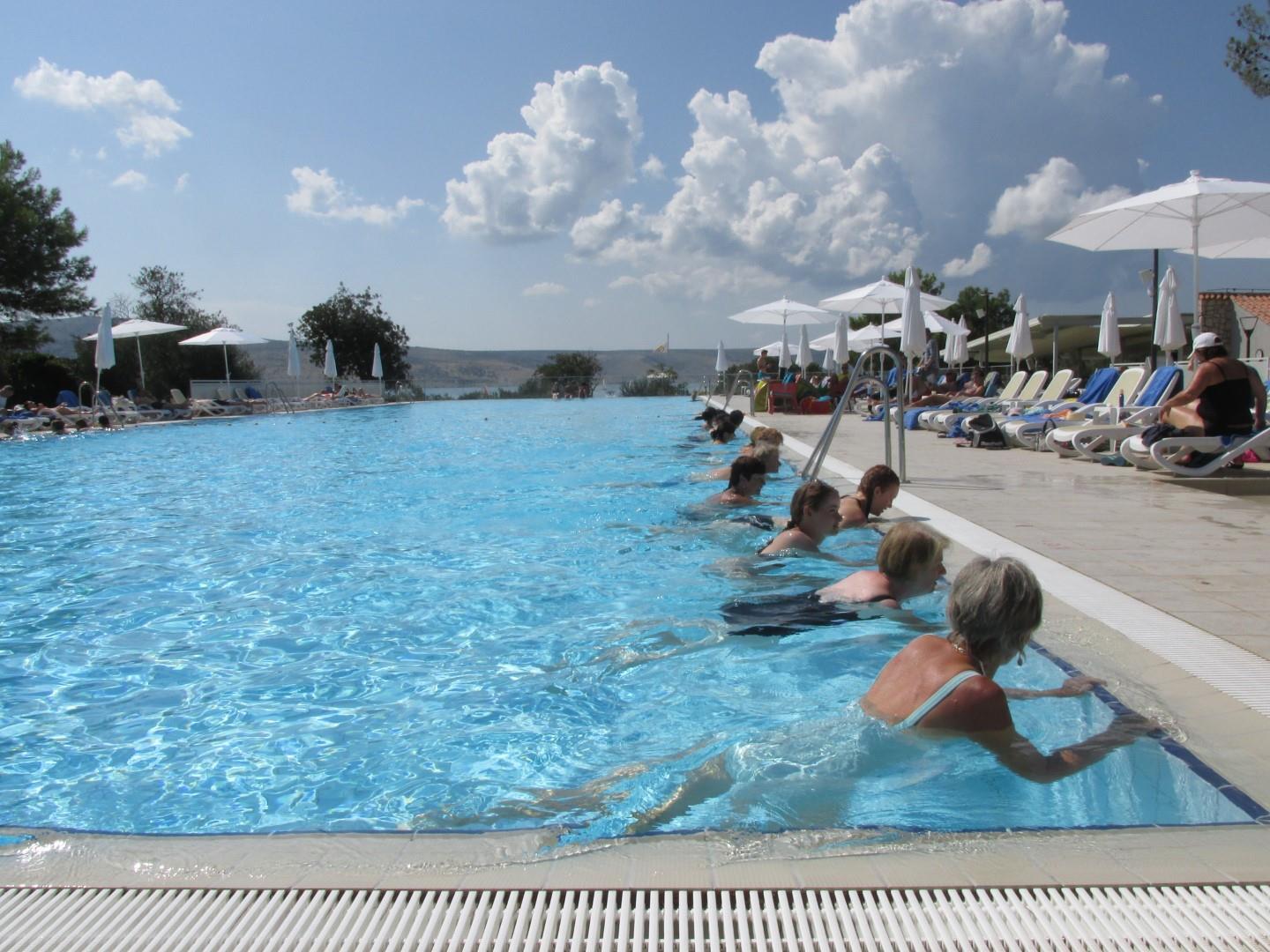 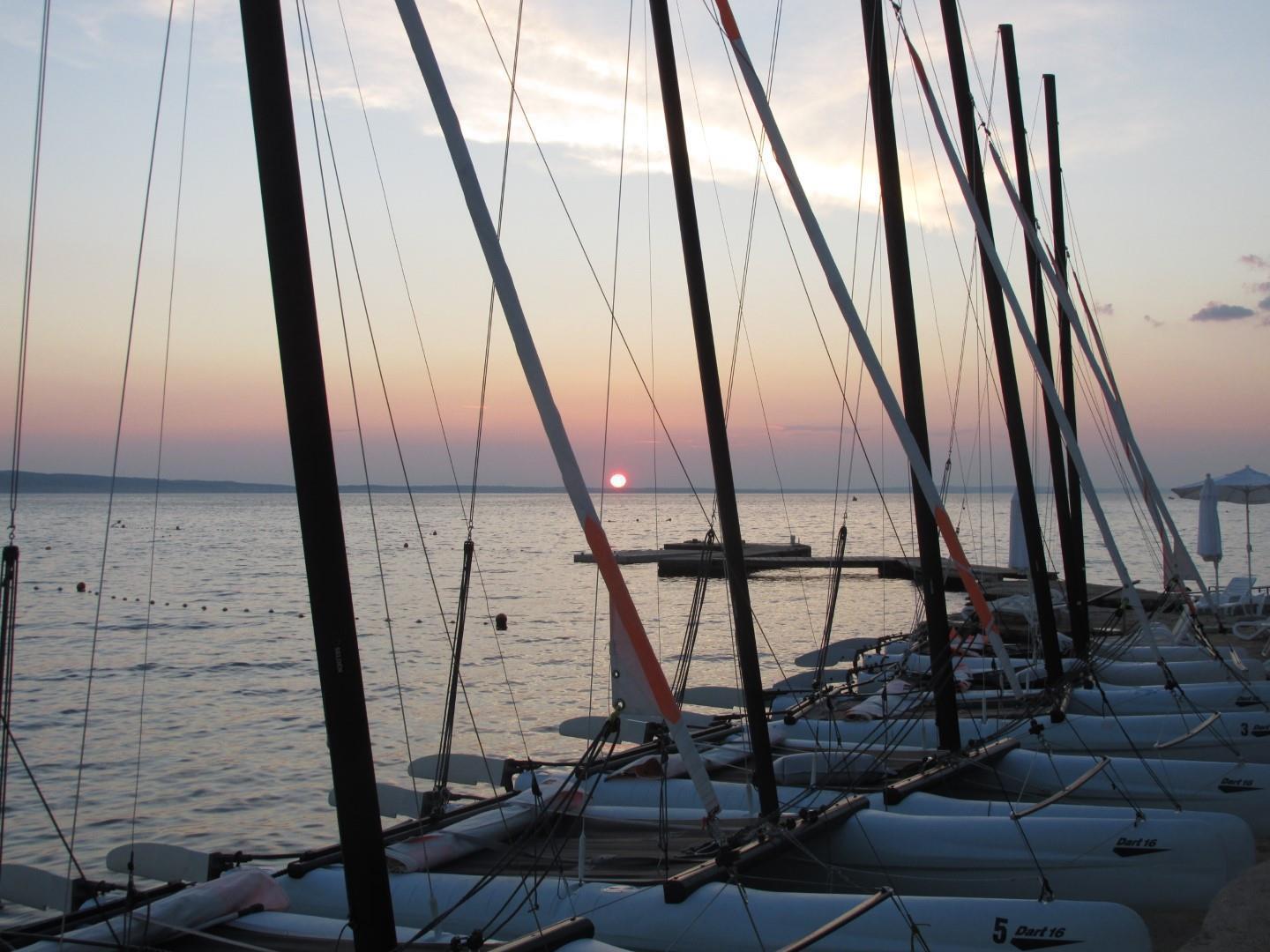 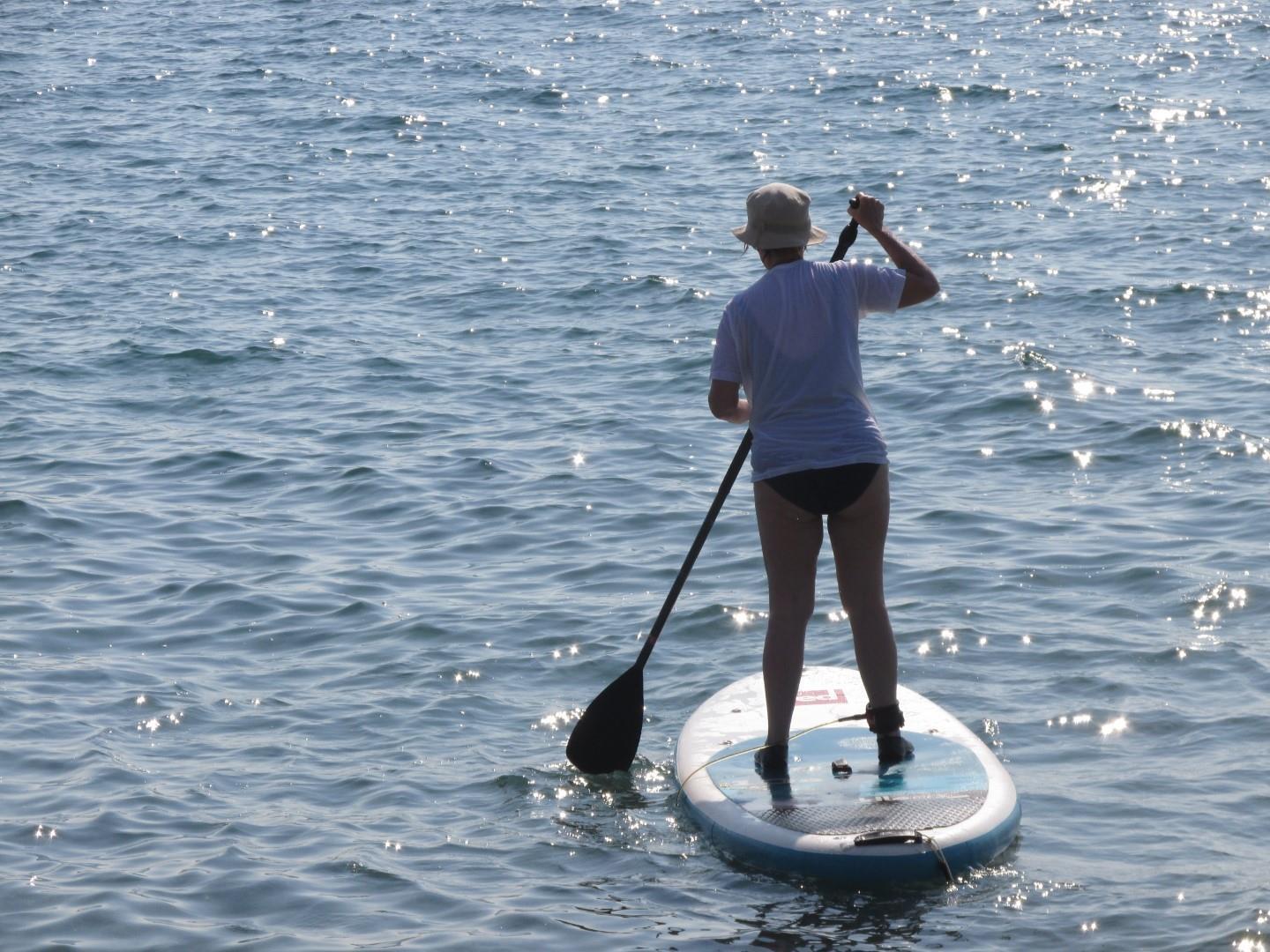 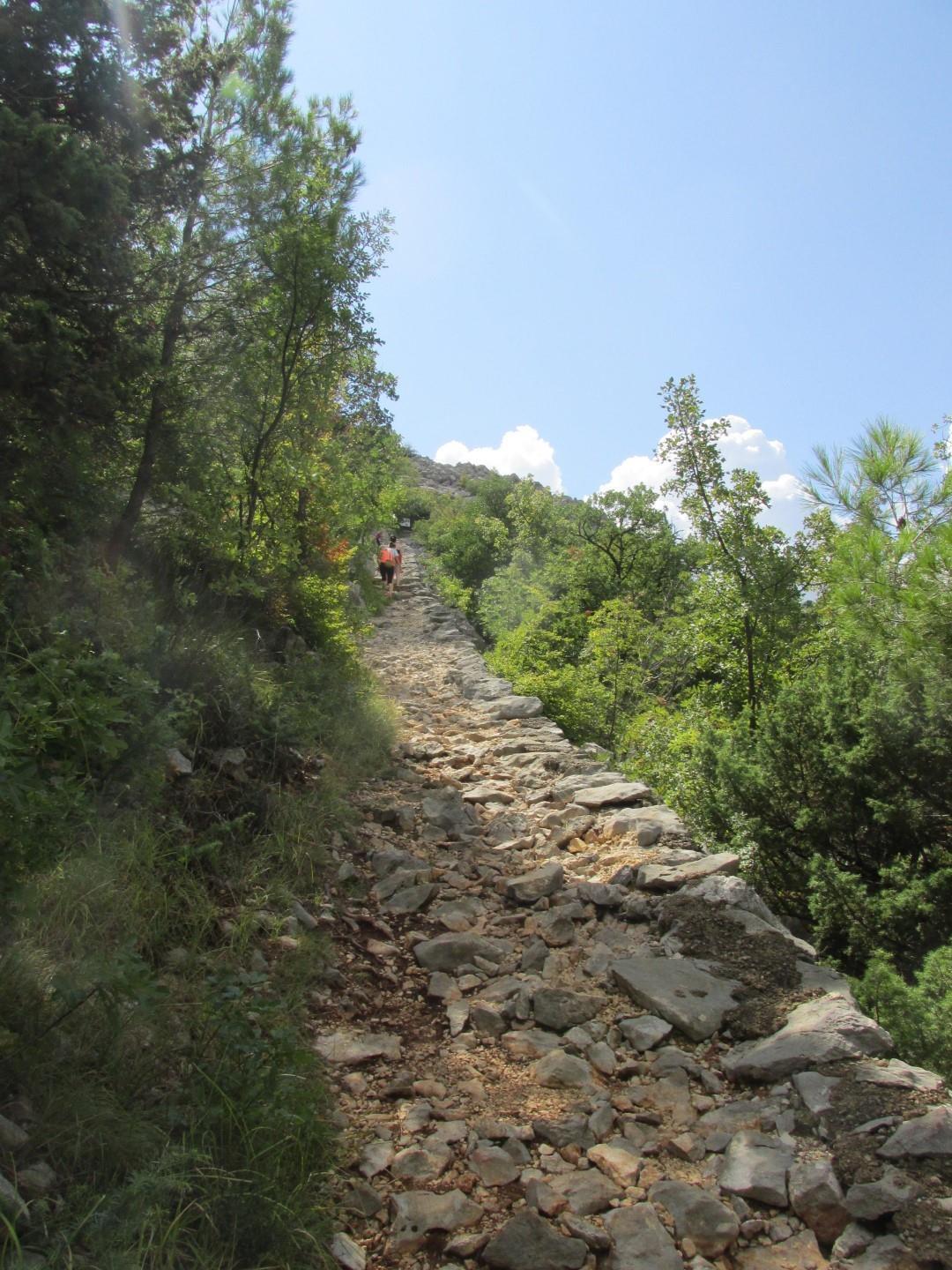 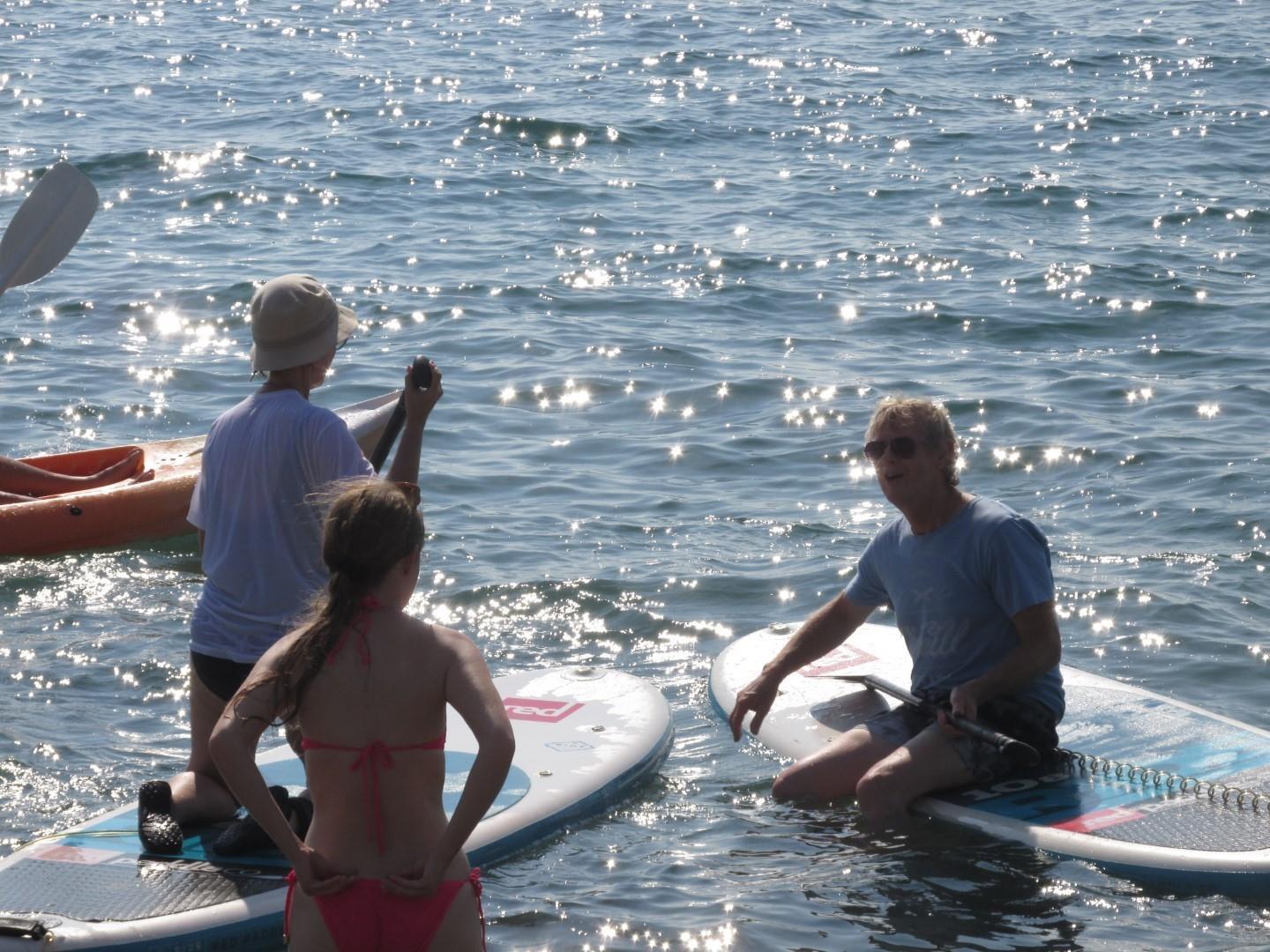 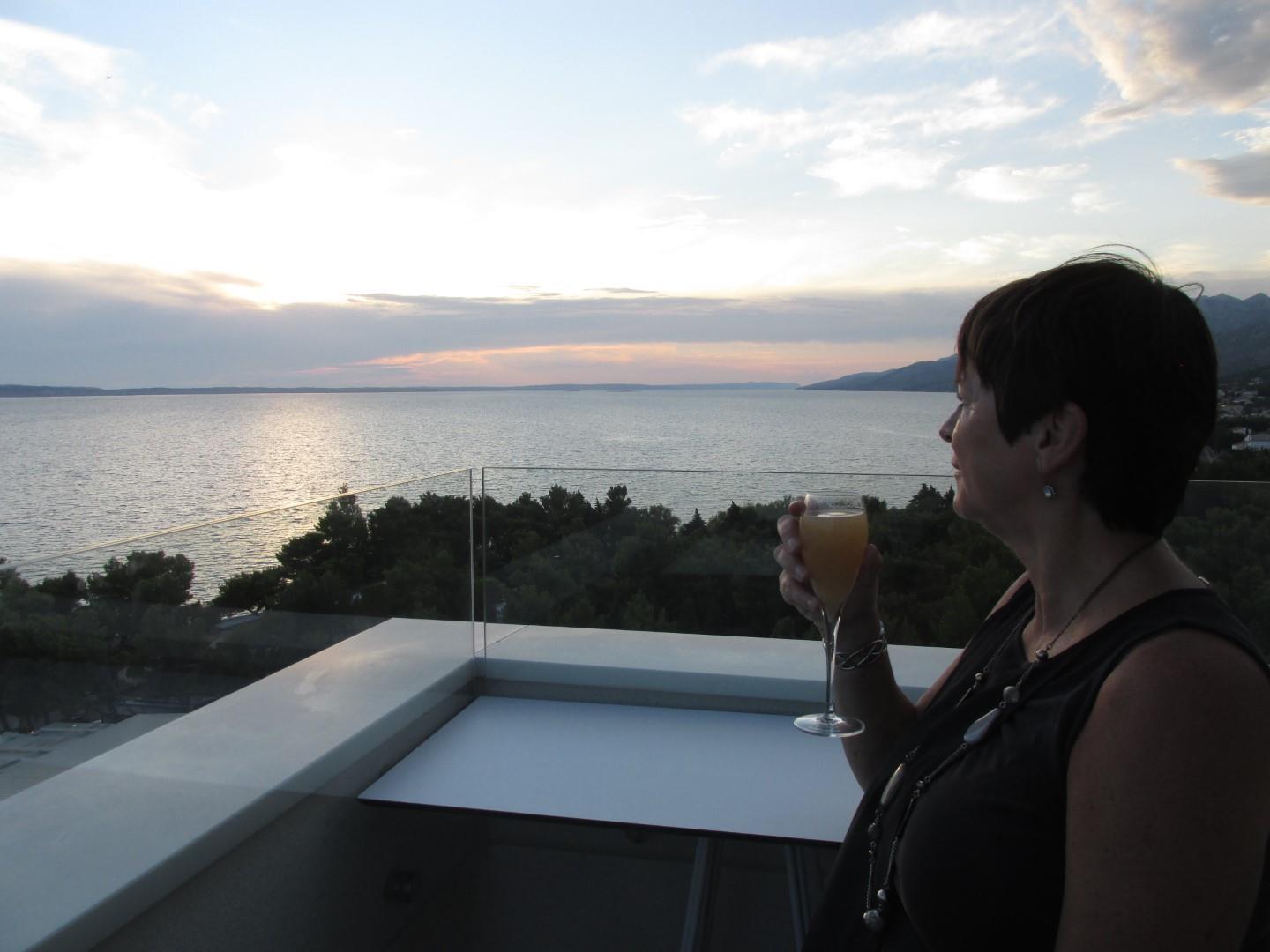 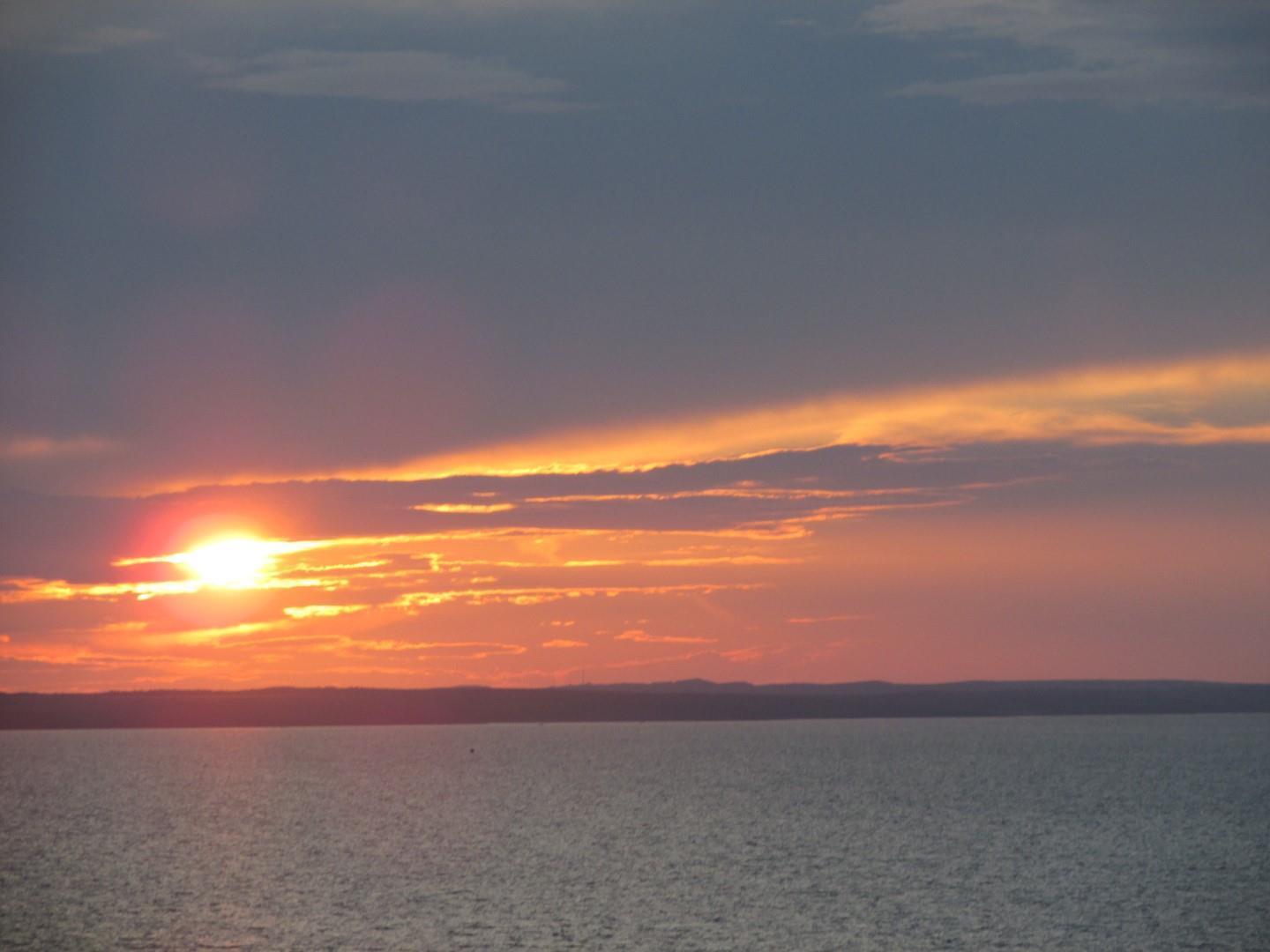 I thought this year after the very hot summer in the UK, hot wasn’t my highest priority. I wanted to do something different. So, when I came across this trip it ticked all the boxes: an active holiday in a National Park in Croatia. I know in September the weather can be cooler in this part of the world, so it would be ideal to do activities rather than just lazing by the pool. We were travelling with friends who had never done this style of holiday before with their 19-year-old daughter, so it would be interesting what their take would be.

Croatia is a place I have always wanted to visit. We were heading to the uncommercial part of the country in Dalmatia, near the Paklinica National Park. We flew to Zadar and headed along perfect, traffic free toll roads to Starigrad.

40 minutes later we arrived at the Alana Beachclub. It was raining and there was thunder and lightning but woke up to blue skies the following day which stayed with us for the entire week. The beaches here are pebble but the water is crystal clear (you can see fish in the water) and it is so peaceful as there is no other hotel (just campsites) and very little traffic.

It is a picture-perfect setting of mountains to the back and you can see the mainland from the sea, so you feel it is more of a lake side setting. The sea was generally like a millpond in the day time with the wind picking up for the sailors in the afternoon with the most beautiful sunsets (apparently Agatha Christie’s favourite place for them). The board arrangement was full board, but for three nights we could do our own thing and eat in local restaurants, so we weren’t cooped up in the hotel. This was brilliant as we were able to sample local cuisine and atmosphere, as well as helping the local economy. Eating out was reasonable and the local house wine was really good as well. Plus, there was lots to choose from within a short walking distance. The hotel has been recently refurbished and the rooms were lovely, very fresh and the shower was great. Plus, a better hairdryer than I had at home! The hotel was kept spotlessly clean and rooms and towels cleaned daily. Our friends were really happy as their room included a separate sleeping area for their daughter, so they were not on top of each other.

I really don’t know where to begin with the activities – they were brilliant, and they employ the most amazing staff. Everyone was well catered for be it a baby, toddler, teen or adult. You could dip your toe in any activity you wanted to - it was all included with the holiday and you could do as much or as little as you wanted. My friends surprised themselves trying different activities. If anything, I was the inactive one! Steve even commented 'where is my wife' as Anne constantly surprised us!

I have never been to a hotel where so many people attend the classes! I found the whole concept relaxing and the informal atmosphere a refreshing change. Our day would start with tennis. We split into four groups (there must have been 70+ people playing). There were lessons in the morning and social matches in the evening. There were always plenty of coaches on hand to assist. Lunchtime water aerobics that was great fun in the 50m Olympic sized pool (I have a video of this) with Alana and Sam who had boundless energy.

After lunch to cool down we attempted to stand on the water boards (I didn’t get to stand up) but the others did and then we went canoeing. We didn’t get around to water skiing, sailing, windsurfing or rock climbing as there were not enough hours in the day! Late afternoon we took a gentle cycle to the local village or tried out a fitness class - this was Anne and Amy’s forte – boxercise, Pilates, yoga and stretching to name a few.

The hotel had a spa, so I was able to have a full body massage and there was also use of the Thalassa pool, saunas, steam room and Jacuzzis. In the evening the entertainment was low key with quizzes, live music, and acoustics by the multi-talented Matt.

So how do we feel – we actually feel fantastic! My friends had a ball and are still buzzing from the whole experience. We have all had a tough year and this holiday was just what we needed. We have a great suntan, we are not burnt, we have so much energy and some amazing memories. I think this holiday was amazing for groups of friends like us as we can all do our own thing and then meet up later and have plenty to talk about.