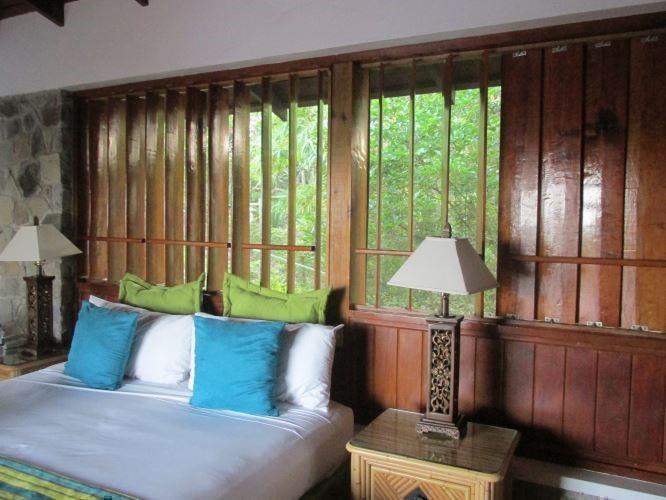 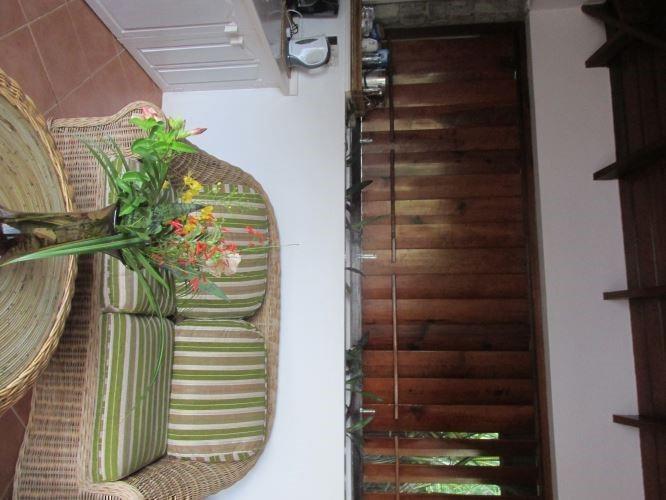 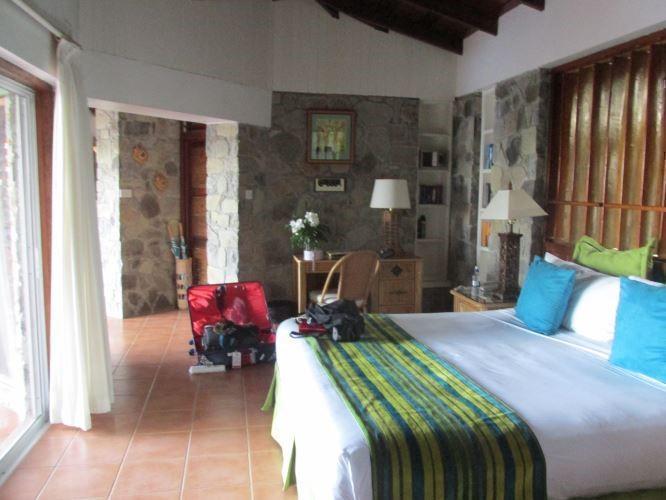 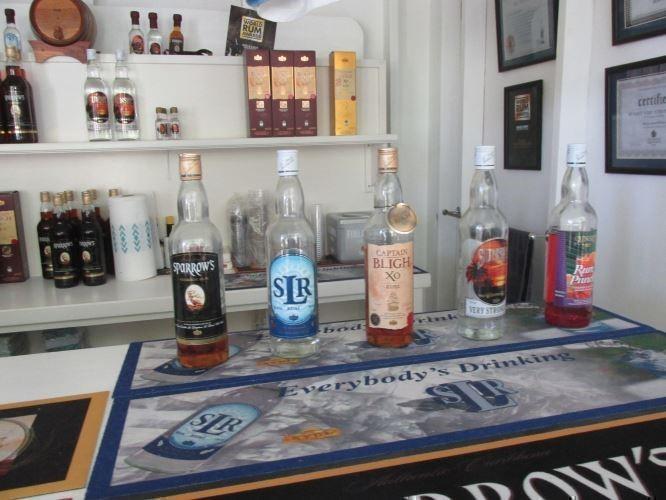 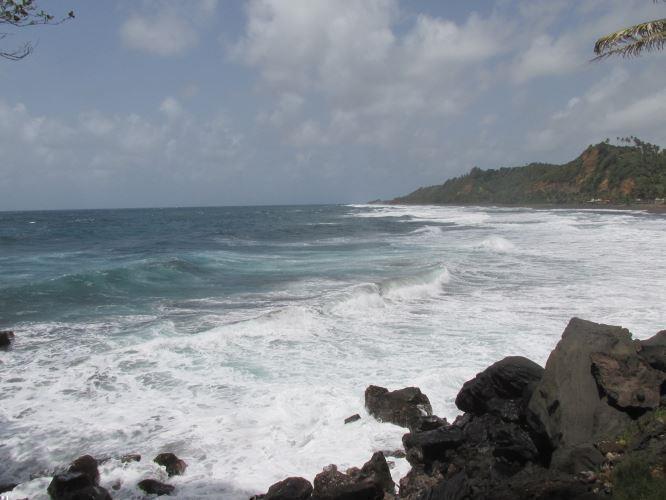 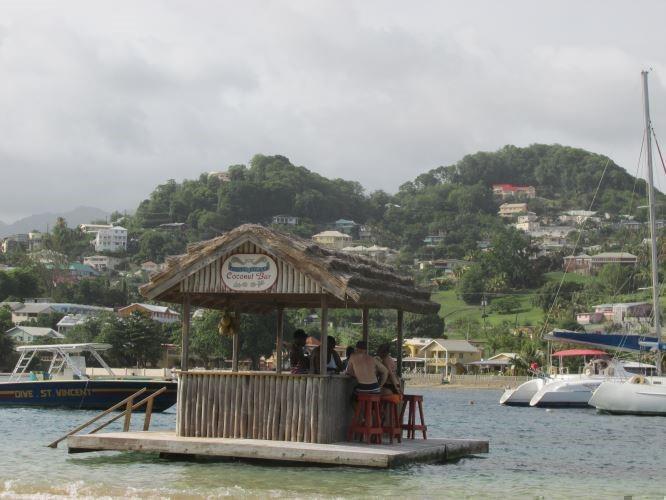 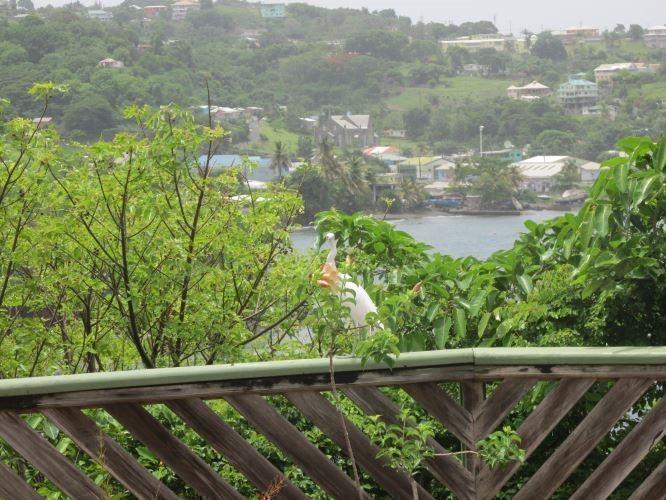 We got the ferry over from Bequia to Bridgetown in St Vincent. It took about an hour and although there was a little bit of 'rolling' as you got close to St Vincent it was a calm crossing.

It is a bit of a culture shock after the calmness of Bequia as St Vincent had shops, people and traffic jams. Well, it was rush hour when we arrived. We had a minibus waiting for us and were transported to a dock where we picked up the boat to Young Island. This boat runs 24 hours so we were over on the island within 30 minutes of leaving the main ferry.

Young Island isn't everyone’s cup of tea - you will either love it or hate it. It is very back to nature, very steep and it is very rustic.

My suite had 79 steps to get to it. It was a lovely room (room 28) with a plunge pool attached to it as well. There was a sitting area with tea and coffee making facilities, huge bed with overhead fan, a resident lizard (useful for eating any creepy crawlies), outside shower and plenty of cupboard space but no air conditioning. You have to rely on the shutters being open and the fan.

You are also in a bit of a jungle which becomes apparent at night as the tree frogs, birds, trees etc come to life. So when you are alone in a large suite with no TV or music, just the sounds of nature, it is very hard to sleep at night. There are lots of lamps but no central light switch so you have to turn them off individually. As I said at the start some people will love this. I can see the benefits if my husband was with me, both sitting by the plunge pool enjoying the view over to St Vincent.

The following morning we all came down to breakfast bleary eyed due to lack of sleep and air conditioning. We sampled the hotels special delicacy cinnamon bread which was delicious.

We then went on a tour of St Vincent - this is a beautiful island. We did the east coast which has a very dramatic coastline of black beaches and angry seas, palm forests and rum distilleries. The strongest rum in the Caribbean is made here - Sunset 80% proof. This cannot be taken off the island as it is flammable. Pity as it might have helped us sleep. I tried it neat and it burns your insides it is so strong!

We also had a hearty local meal in Bridgetown but as we had not long had breakfast we really struggled. Like all well brought up girls we ate what we could!

Our second night we decided a late night was needed to help us 'sleep' but as there wasn't any entertainment - we ended up having an early night in the jungle though the nightlife of the mainland was amplified to drown out the creatures of the night which helped us sleep a bit better.

As I said at the start, you will love or hate this hotel - Trip Advisor gives it great reviews. People we spoke to have been going there for years - just as long as you know what you are getting. I loved St Vincent as an island and would go back especially as they are building a new airport to make it more accessible.