What an amazing trip! 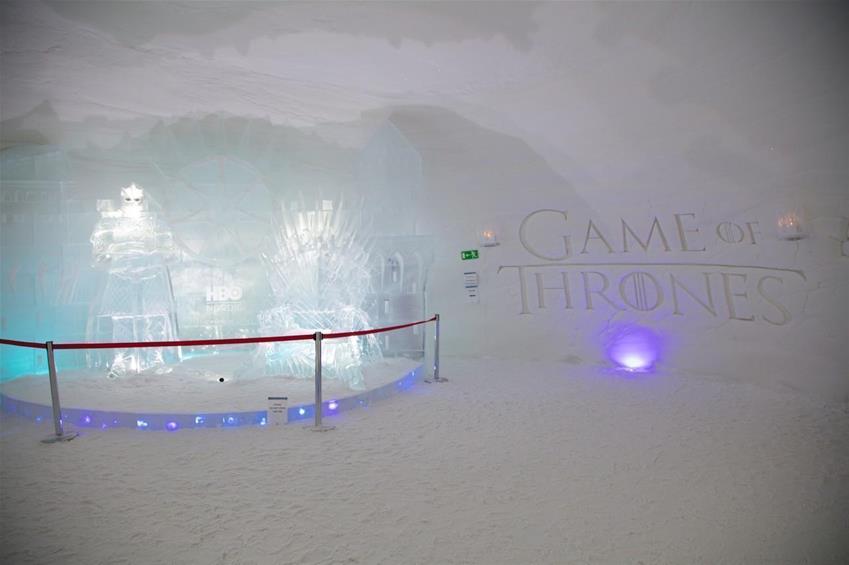 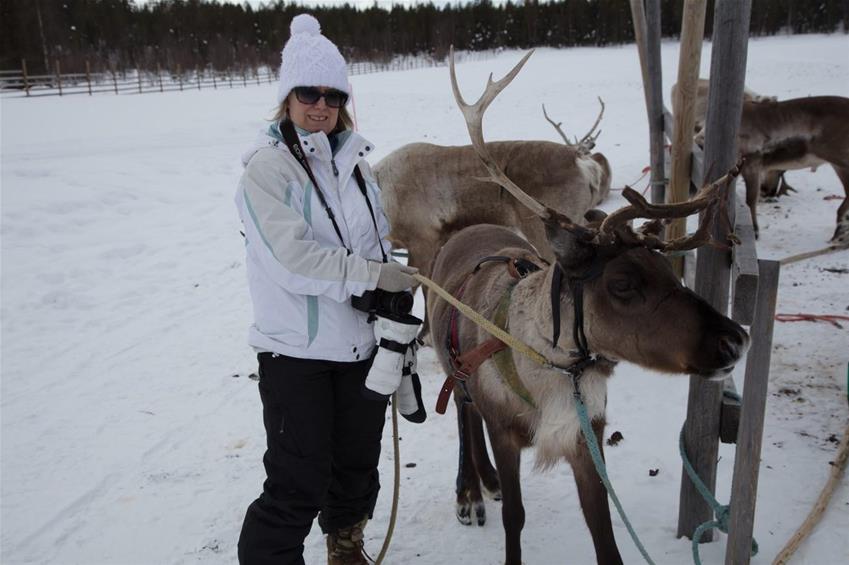 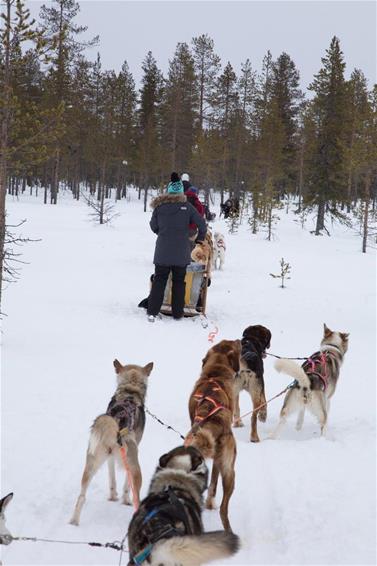 We departed from Gatwick on an Easyjet chartered flight. Because Caroline had booked our seats we sat together near the front. The flight took 3.5 hours and, following a 15-minute bus transfer from Kittila to Levi, we were quickly in our hotel. We arrived 170km north of the Arctic Circle in Levi, Lapland.

The hotel room was excellent. It was a family room with a second double bed on the mezzanine floor. To our delight the en-suite included our own sauna and the room had an enclosed balcony. All the food was buffet style and I managed to eat plenty of reindeer, moose and wild boar. We were warned by the rep about the Finnish practice of not eating hot food, so we got used to lukewarm food including soup.

On the Monday we walked around the town. We were surprised by the amount of skiing available as we hadn’t considered doing any skiing on this trip. Levi has 43 drag or chair lifts and the only two gondolas in Finland. Levi also has a World Cup piste. On this day we went up the gondola and visited the Samiland Museum. This was quite interesting especially the outside area. That night we went out to try and see the Northern Lights but no joy.

On the Tuesday we went on an 8km Husky safari and a tour of their kennels. The surprise was, having signed our lives away, we took it in turns to drive the sled! We met Jack the stroppy husky who lay in his kennel and ignored everyone. We ensured we did as we were told and left him to it. That evening we stayed in a glass igloo about 20 minutes from the hotel; the igloo was great and the food from the restaurant was some of the best I had ever eaten.

On Wednesday we decided to do a bit of skiing and went on a cross country ski taster. After my wife fell more times in an hour than she does when we go downhill skiing for a week and I fell and jarred my neck, we didn’t finish the lesson. We did however see the Northern Lights that night.

On Thursday we went on a reindeer safari where we were looked after, and driven, by some locals in traditional dress. We were then shown round the farm where she explained that the reindeer are half wild as they spend winter on the farm but are then let loose in the summer to be rounded up in October. The sight of reindeer racing pulling a man on skis was incredible as the competitiveness of the reindeer was surprising. On Friday we decided to go into the spa across the road which included two jacuzzi pools outside surrounded by snow. Then that evening we spent the night in a room at the Snow Village. Everything is made of ice and, this year, the theme is Game of Thrones. The carvings were just incredible. There is even an ice chapel where people (90% of who were British) get married. That night we got our best view of the Northern Lights.

We had a lazy day on Saturday before returning home on Sunday with our reindeer crisps and cloudberry liquor!