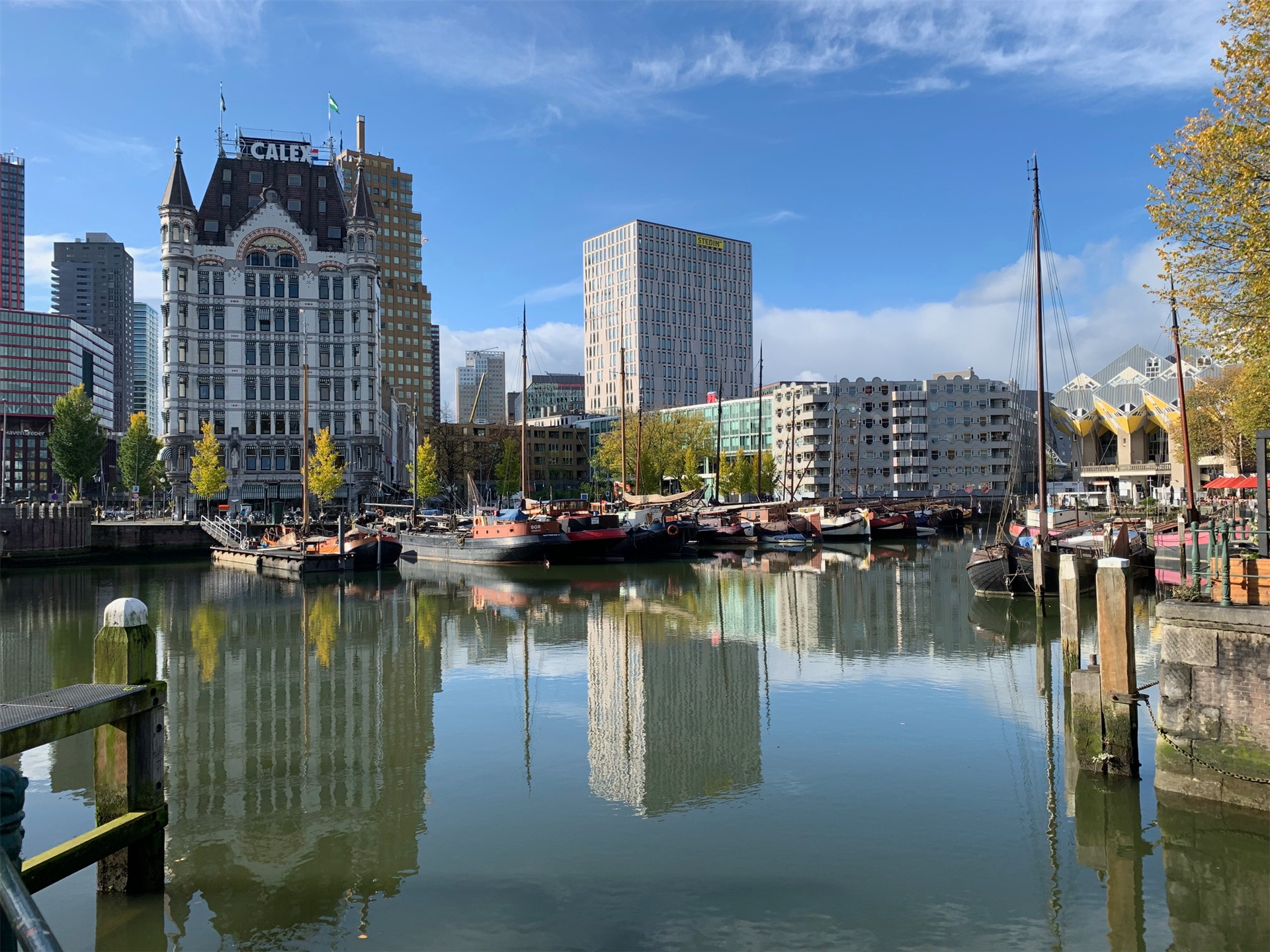 A great advantage of river cruising is the ability to dock in the centre of the city. I watched the whole process from my cabin, and looked on at the backdrop of Rotterdam, wakening to a sunny autumn morning.

It was then time to embark on an adventure round the city. I collected my ‘whisperer’ tour device – a useful gadget that keeps you in radio contact with the guide, and gives some interesting information, but gives you the freedom to stop and admire your surroundings or take advantage of photographic opportunities.

Rotterdam is vulnerable to flooding because 90% of it is below sea level, but this didn’t concern our guide as he assured us that the Dutch are world leaders in water level management - in his words – ‘pump or swim’. The Netherlands has river dikes to prevent water flooding into the country, and a system of ditches, canals, and pumping stations (that replaced the historical windmills) to keep low areas dry. The city has a comprehensive plan that includes areas for water to collect during heavy rain, roof gardens, water absorbing roofs and even buildings that can float. Our guide is so confident in the Dutch ability to manage water levels and swamps that he believed it possible to reclaim and inhabit the North Sea – although he doubted that it would be politically acceptable. The canals provide fantastic opportunities for reflection photography, which I made the most of.

First impressions; clean and modern with lots of carefully designed attractive buildings. The architectural style is ‘steel and glass’ with an absence of any ornate or overly decorated structures. There are few historical buildings, due to significant war damage in the centre of town.

There is, of course, the usual abundance of Dutch bikes. Interestingly, there was not a helmet in sight. Apparently, the Dutch find helmets restrict their sense of freedom, although motorcyclists are obliged to wear them. Our guide says – it’s your choice if you want to think about safety…

Rotterdam is the second biggest city in the Netherlands, and is of huge economic importance because it has the biggest port in Europe. The economic emphasis can be seen in the cityscape, which is not of a classical style but a modern and ambitious centre for business. Rotterdam’s economy is almost completely based on shipping. Our guide’s belief was that: in Amsterdam people ‘live to live’, and in Rotterdam they ‘live to work’. During our exploration of the city we were guided to the startling yellow ‘Cube Houses’, an example of architectural innovation where architect Piet Blom wanted to design high density housing with lots of space on the ground level. One of the houses opens its doors to interested visitors daily. An intriguing concept that doesn’t look particularly comfortable or practical and requires bespoke furniture.

From the cube houses we could also see one of the few remaining older buildings in Rotterdam (and a National Heritage Site), the Witte Huis (White House) in the Old Harbour area. It was constructed in 1898 in the Art Nouveau style. It is 43 meters tall and has eleven floors and was referred to as Europe’s first skyscraper.

In Rotterdam, according to our guide, football is hugely important (and is the most popular form of art) with the highest number of professional football clubs in the Netherlands: Feyenoord, Sparta and Excelsior – our guide, however, was a fan of the Ghent team.

The market hall (Markthal) was the first indoor market in the Netherlands. Interestingly, it incorporated apartments and offices in the curved structure with the stalls in an open area underneath. Food offerings include an abundance of Dutch cheese wrapped in a wide range of coloured wax skins, waffles and doughnuts. There was also a tempting array of chocolates (which needed to be sampled). We wandered round taking in the sights and sounds, and then sat with a coffee and watched the world go by.

I would recommend a guided tour of the city to hear the stories, appreciate the architecture and gain an insight into Rotterdam life. 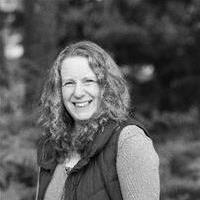