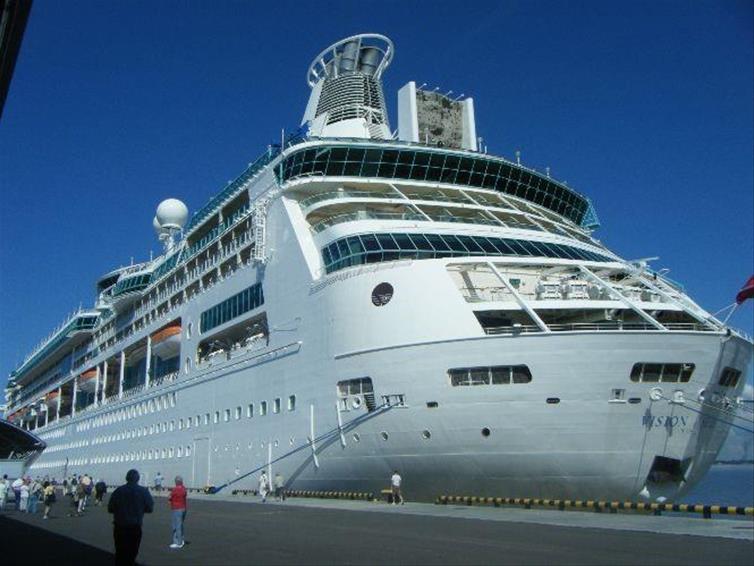 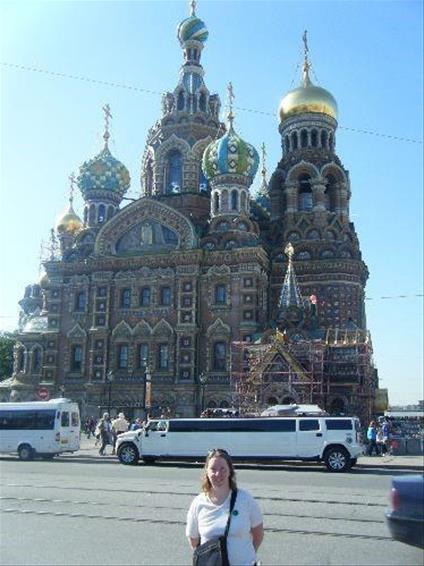 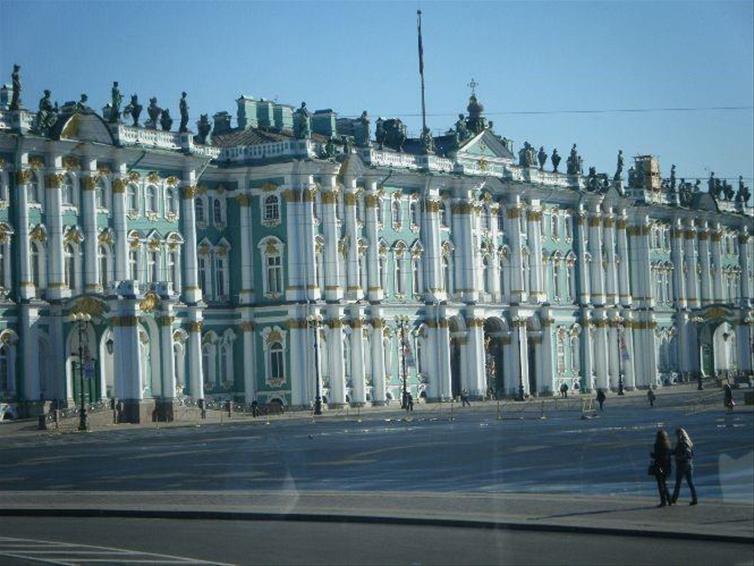 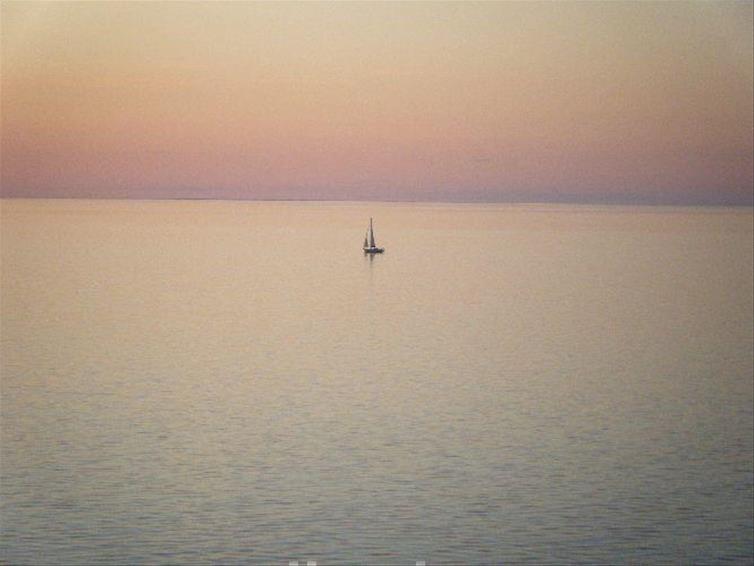 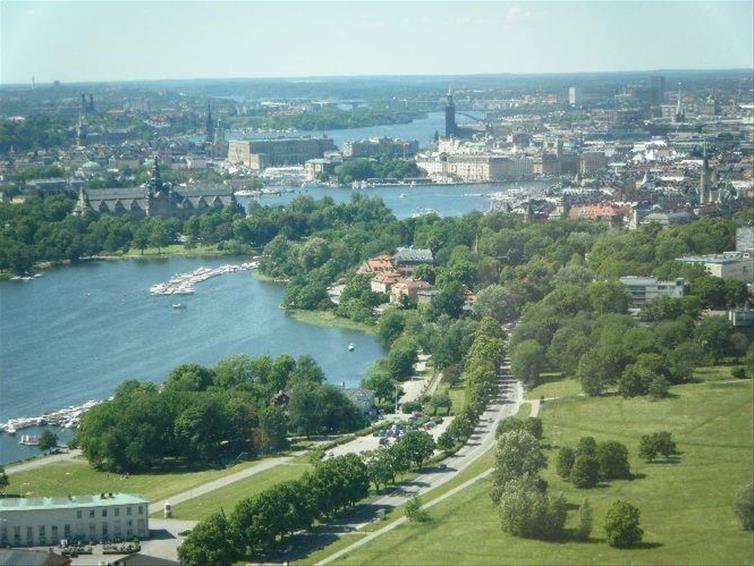 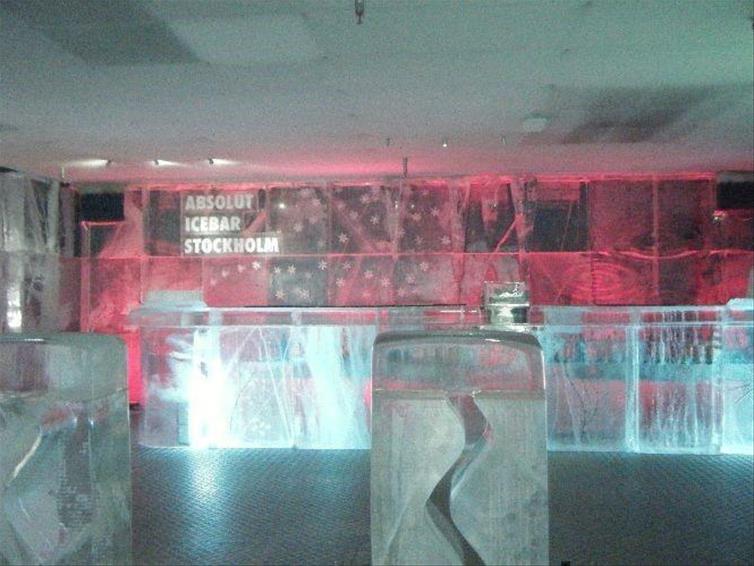 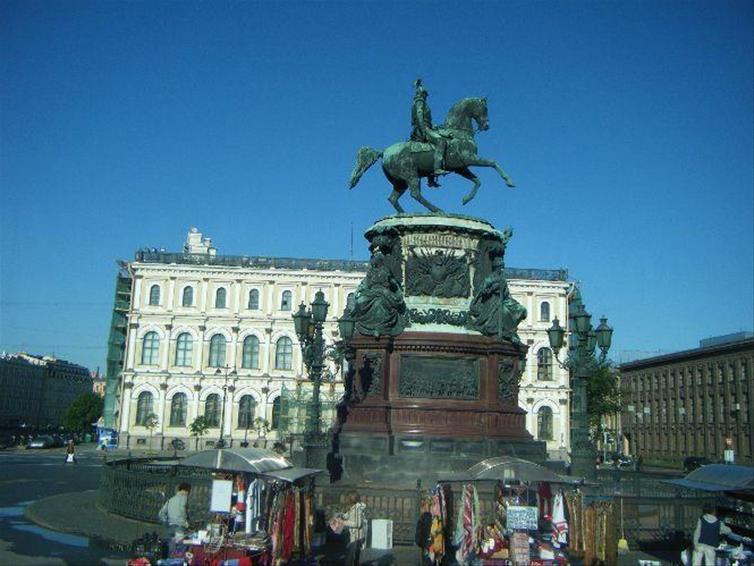 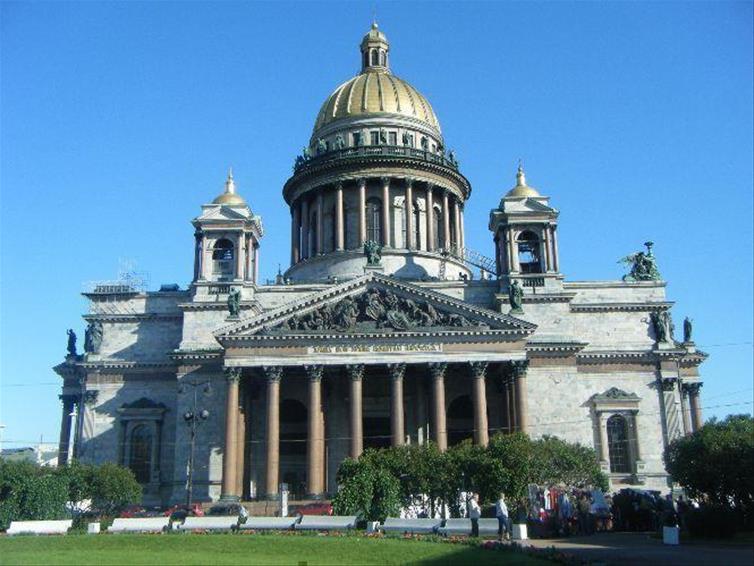 We boarded Royal Caribbean’s Vision of the Seas in Stockholm after flying from London Heathrow with British Airways and than transferred to the Ship by RCCL's ground transport.

The view of this 2435 passenger capacity cruise ship, docked in Stockholm’s port on the outskirts of town was a stunning sight and after checking in and dropping of our bags for the porters to take to our cabin, we made our way up the gangway being greeted by crew, had our photo taken for when we disembark and embark the ship at the different ports of call and were then escorted to our cabin.

Prior to our departure at 5pm, we took part in the compulsory muster drill, where every passenger onboard puts on their life jacket and makes their way to their designated lifeboat area. Even this was made fun by the ship’s crew. Then at 5pm, the captain sounded the ships horn and we departed Stockholm for our four night adventure around the Baltic Sea to St Petersburg, Russia and Tallin, Estonia.

The first full day onboard, was spent at sea. The ships facilities include two pools, a day spa, a fully equipped gym, a casino, several shops, numerous bars, an art gallery and the casual dining Windjammer Restaurant. The Ship’s entertainment crew played games and ran dance classes which you could choose to join in with or not. We chose to relax by the pool and attend the seminar that was run by the ship’s onboard port and shopping guide in the onboard theatre, who gave top tips about where to shop and where to eat whilst in our ports of call. This evening was the ships formal night which gave us a chance to dress up, meet the captain and have some professional photos taken before proceeding to the Aquarius Restarant for dinner. Entertainment provided was a choice of live music in various places around the ship or an amazing illusionist in the theatre.

The next morning, we arrived in St Petersburg’s new cruise terminal. Due to Russia's strict visa rules, we decided to book one of the Ship’s excursions - Panoramic St Petersburg, which took us by coach around the cities highlights including the Winter Palace and Hermitage Museum, St Isaacs Church and the Cruiser Aurora on the River Neva, with a stop at a local market to pick up some Russian souvenirs. The tour was very well organised and the local guide was very informative with good local and national knowledge.

Back onboard, entertainment tonight was a Beatles tribute band and we had dinner in the Windjammer Buffet Restaurant, where the atmosphere is relaxed and the food excellent with loads of choice and a stunning view right at the front of the ship.

The next day we arrived in Tallin, where the cruise terminal is only a 10 minute walk from the old town. We decided to do our own thing here as there were no visa requirements and the main sights were all within walking distance. To disembark the ship, all we had to do was show the ships security at the gangway our Sea Pass, which they swiped and then we were free to explore. People were at hand with local maps which lead us to all the highlights which were great. We spent the day walking around the cobbled street and visited the old town hall, Alexander Nevsky Cathedral, Toompea Hill and St Olav's Church. We found a local bar in the square to have lunch and watch people go by with a glass of Saku in hand. Back on board with tired feet, the entertainment was "Boogie Wonderland". With it being our last night onboard, we dared a game of blackjack and hit the jackpot on the 1C slot machine in the Casino.

The next morning we arrived in sunny Stockholm, where we disembarked and picked up the Hop on - Hop off sightseeing bus. This operates two routes - Yellow and Blue. We took the blue route as we didn't have much time before our flight home. We hopped off at the TV tower where we had lunch looking over the city from a great height and also visited the famous Ice Bar before taking the Arlanda Express to the Airport.

Overall, the ship was not too big with plenty to do, great food and great crew with interesting ports of call, with Stockholm definitely on my list to go back to on another visit.