A Transatlantic cruise on the QM2, beautiful Leviathan of the seas! 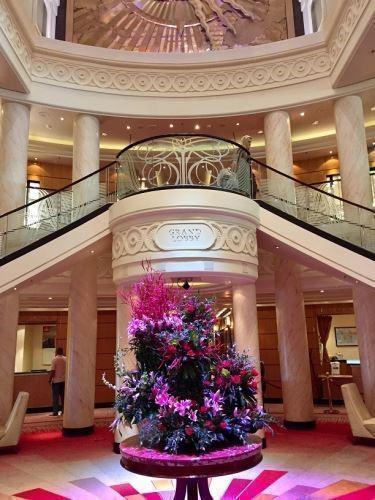 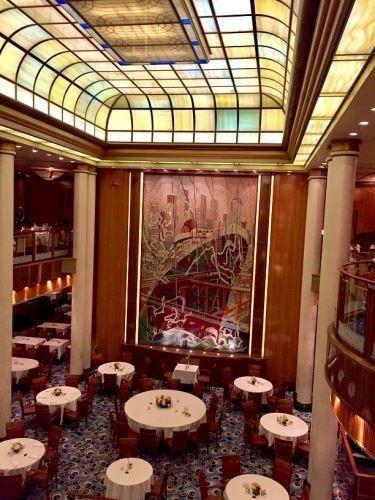 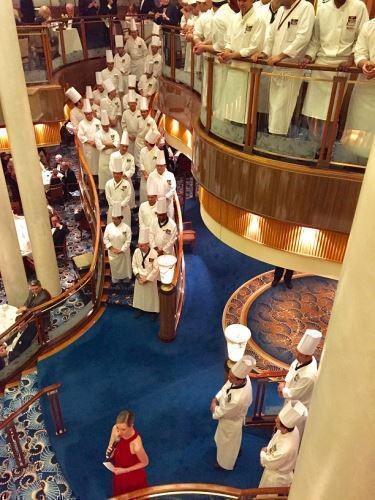 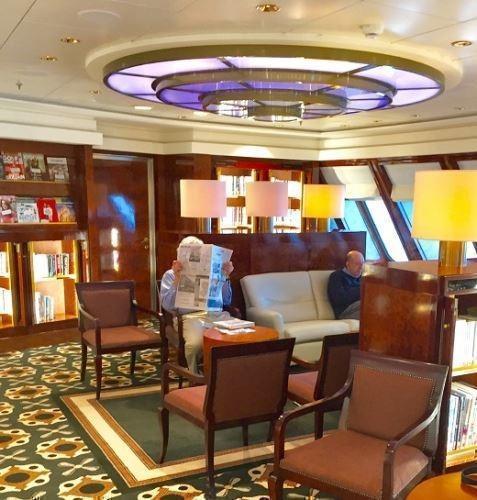 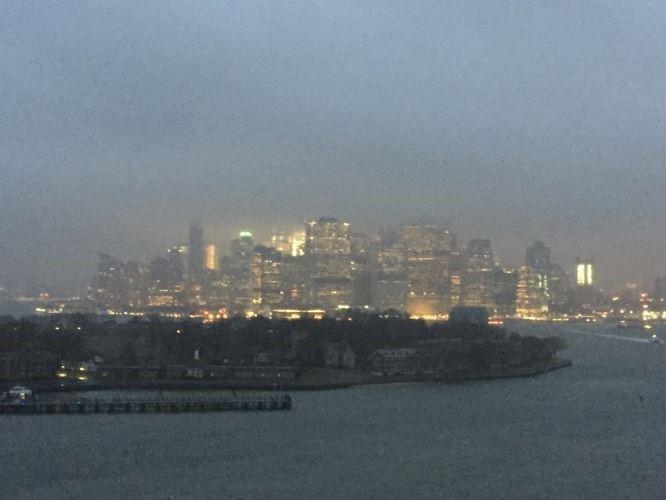 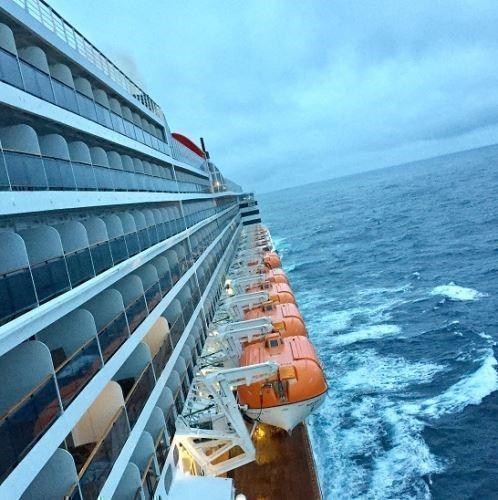 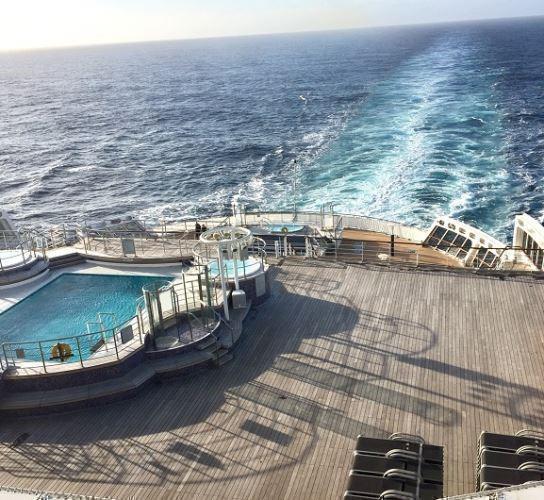 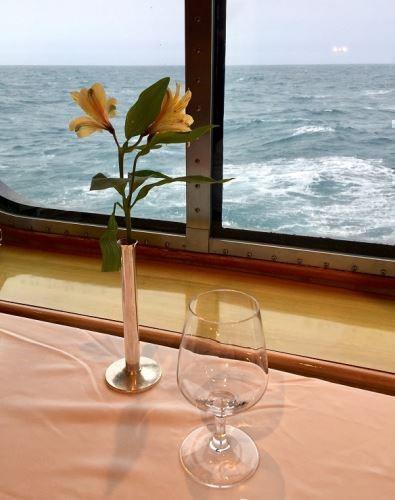 Following on from our few days in New York we embarked seamlessly onto QM2 at 12:30 on 3rd January.

Our luggage was picked up at the dock and mysteriously reappeared outside our cabin on deck 12 - just amazing.We had an inside cabin for the 7 day crossing and I have to say, as it was dark and the ship would gently rock as we slept, it was the best night’s sleep we had for ages!

It had been a rainy few days in New York but today was dry albeit a bit misty. This meant that as we drew closer to embarkation at 16:30 the Manhattan skyline and the statue of Liberty were shrouded in mist making some of our photographs not as good as we had liked. That being said it was an amazing experience to stand on deck at the ‘Sail away party’ with a glass of champagne in hand and watch as we sailed down the Hudson River and out into the Atlantic, never to see land again for 7 days, which was a strange thought, the ships horn blasting as we left.

The QM2 is a fabulous ship and has recently had a major overhaul, with some of the regular ‘Cunarders’ commenting that she was now resplendent in Art Deco magnificence. If you are a lover of Art Deco you will adore this ship!

As we were on the flagship Cunard ship you could see that everything was catered for, down to the minute detail, including cheery staff looking magnificent in their flamboyant red outfits with white gloves. If you someone who loves to be pampered and to feel extra special, this is the cruise for you.

The food was of very high quality and with fantastic choices in buffet style Kings Court and in The Britannia Restaurant where we were allocated a table to share with two other couples, which was great to meet other people, was divine. With an amazing choice of food that you would normally find in a Michelin starred restaurant, all part of your fare.

During the night there was a Daily Programme posted at our cabin to inform us of all the activities that would be available for you to think about the next day and I have to say, you would never be bored. But, if you wanted to swim in the many pools or visit the Canyon Spa for a massage or just relax in one of the many lounges, you are spoilt for choice.

In the evening there were two formal dress nights where Colin wore his Tux and I wore my best evening dress. What a fabulous excuse to dress up an dine - everybody looked amazing. The other nights were informal nights where gents can wear an open shirt and jacket with smart trousers and I wore smart casual evening wear.

My husband, Colin, loved the talks in Illuminations Theatre, as there were some great presenters on, from The New York Times. One chap, Phil Shenon, talked about the JFK assassination, 9/11 theories and the Trump effect, during different days on the trip. Illuminations is also the home of the Planetarium which lowers from the ceiling giving the viewers a 360 degree view of the fantastic twice daily shows of our universe, literally out of this world!

I tried my hand at line dancing lessons in the Queens Room Ballroom and loved every minute! (Colin would nip away at this point to the golf simulator)

The daily announcements were short and sweet, would let you know our location in the Atlantic and informed us all of the exact time we would sail over co-ordinates 41o43'35" N, 49o56'54" W, which is the location of The Titanic disaster.

Many people stood on deck in silence as a mark of respect, with heads bowed. This was a very emotional feeling as we remembered those who had perished that dreadful night.

We bought a soft drinks package for the trip as the prices at the bar can add up on your cabin card, which doubles as your cabin key and your debit card, where drinks are added to your final bill. Credit or debit card details are taken when you embark for these bills to be charged to. Our Soft drinks package was £100 for the 7 days for the two of us, but considering it was nearly £3 a drink it was well worth it.

I needed to work for some time while I was on board and for this reason, I bought a WiFi package of 135 minutes for approx. £40. I suppose if you want to get away from it all, you wouldn’t need Wifi but as January is my busiest time, I had to check in now and again.

The trip was quite choppy at times, but this fine lady managed to soften out the bumps with ease and the sensation of travelling was akin to a flight, I thought anyway.

We arrived in Southampton at 06:30 on 10th January and as we left her majesty, we said goodbye to her and to many of the friends we had made en route.

I have to say, I am a certainly a cruiser now after sampling this amazing experience, on this superb and stylish lady of the seas, Cunard’s QM2.