It's Nice To Meet You

Hello, my name is Nicola Donaldson and I am a personal Travel Counsellor based in Windsor, Berkshire.

I have more than 12 years experience working in the travel industry and have spent seven years living abroad, most recently in Stockholm, Sweden and prior to that, six years in Abu Dhabi, United Arab Emirates.

Of course I love to travel, but what I love more is to share that feeling with others, and see everyone experience and enjoy their adventures, wherever they are in the world. That's the major bonus of being a Travel Counsellor as you are helping people make their travel dreams become a reality.

Over the years, I've been lucky enough to travel to many destinations including the Caribbean, the USA, Canada, The Far East (Thailand, Vietnam, China, Singapore), India, Sri Lanka, Australia, South Africa, North Africa and Kenya and much of Europe and its glorious historical cities as well as the beautiful beaches of Spain, Portugal, Italy, Greece and France, to name a few. I've even done a four day road trip from Sweden to England traveling with a cat and dog in the back of the car!

So where else is on my bucket list? I would really like to explore South America. Argentina and Costa Rica spring to mind. We've been lucky enough recently to visit the likes of Cuba, the Rockies in Canada, Jamaica and Iceland to really create some special family memories.

I'm a natural born organiser and have completed many bespoke itineraries to satisfy the tick-lists of myself and my customers, be they complex or more straightforward; luxury or shoestring budget; business or pleasure. It's another reason why I chose to become a Travel Counsellor. Having the knowledge and bespoke personal service that I can provide along with the back-up and support of the Travel Counsellors' team is a unique success formula leading to a lifetime of stress-free travel planning and making wonderful new memories.

Please, don't hesitate to contact me with your requirements for your next trip whether it's business or leisure, UK or abroad. I am available daytime and evenings to discuss your travel needs.
I look forward to hearing from you.

Whatever your holiday needs I'm here to help you, so simply give me a call or send me an email with your contact details on and I can get things started for you:

Find me on social

I absolutely live and breathe travel and I love to write about my experiences! Please take a look through my posts - you might find your own holiday inspiration.

Dazzling Dubai: An Insider's Guide to the Perfect Girl's Weekend Away

Let the hotel take the strain of going to a concert at the O2, London

Nicola was fantastic and found us the perfect holiday at the right price and answered loads of supplementary questions too. This is the second time we have used her and won’t be the last

Nicola was very helpful in booking our cruise and went out of her way to get us the best available state room, would highly recommend her.

The ease with which I can tell you my requirements and leave it with you to come up with ideas & suggestions, is what makes the difference for me. Your knowledge of the travel market is remarkable, and all the hints and tips of what to and not do are priceless.

Thank you for the lovely, friendly service.

Sent by A Downs

I would thoroughly recommend Nicola. Great service. Flexible, fast and totally gets our corporate needs. Thanks Nicola.

Nicola is brilliant, calm, organised and patient. She was very focussed on our needs and gave us a welcome choice of options. She saved us lots of time and hassle getting this holiday sorted for us.

Professional and personal service from Nicola Donaldson. Quick and efficient too!

Nicola went above and beyond what I expected to help my sort out my flights and was a wonderful Ambassador for Travel Counsellors. I have told all my friends and clients about her. She's an absolute star. Thank you Nicola

'most likely' isnt good enough....absolutely will definitely recommend and already have. The most fantastic stress free booking of a holiday ever. What a joy it was to receive the holidays and then my girls and I sat down to decide our favourite place. I knew this service existed but didnt realise that is was a free service and it was only through networking that I discovered the real value of Nicola's job. The best kept secret that shouldnt be a secret!!

Nicola was amazing, understood what we wanted straight away helped with advice and suggestions and took all the arranging and planning on board. Best service and would definitely recommend.

Words can't describe how happy I am with Nicola's service. At short notice she found me EXACTLY the holiday I was looking for, She went above and beyond the call of duty and spent hours searching and suggesting possibilities which were all within my budget and met my criteria. She has saved me from the annual trawl through the internet and has literally taken care of everything. Thank you so much.

Nicola was very pleasant to speak to and was very efficient.

Nothing is too much trouble for Nicola. She is not pushy and researches anything I ask before discussing and advising me.

Nicola was superb. With my busy lifestyle I often messaged her late at night and she always was quick to respond outside of 'normal' working hours! Would highly recommend.

It is so good to be able to experience bespoke trips tailor made to my needs and wishes.

Nicola is very knowledgeable about her holiday offerings. - she was timely with her responses and above all patient as we tried to decide on our holiday choices.

Booking our trip via Nicola was so easy. We gave her a brief and she came back to us on that same day with a range of options - with a personalised blurb about each. Once we decided to go ahead she was a delight to deal with over the phone. I have not used a travel agent for years but I wouldn't think twice about using Nicola again.

It was great having Nicola help us with our family travel plans. I consider myself a complicated demanding customer as I like adventurous travel but need to consider small children. I am very specific in what I don't want but cant always express what I do want. Nicola listened, she responded rapidly and provided customized recommendations for our family vacation. Nicola has arranged our travel very quickly offering very competitive rates and discounts. She has provided me and the family with a very organized travel plan well ahead of our travels and provided us with a peace of mind that all is considered.

Nicola offered a superb service, listened to my requirements and tailored her search for my holiday perfectly! I was delighted to book and will certainly be using Nicola's service again, as well as recommending her to my friends and family!

Exceptional A1 service. Nicola was very helpful. I am a very demanding client and she has helped my sister and I with outmost patience and respect to all our demands with all her expert help and advice. Thank you Nicola. I will definitely recommend Travel Counsellors to all my family and friends. Thank you Nicola

Fantastic service would absolutely recommend Nicola to all my friends and family. Brilliant personal service where going the extra mile was absolutely no trouble at all. Thank you. 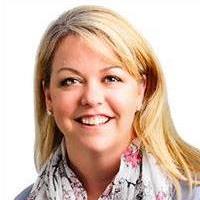 A London Theatre Weekend Seeing ‘Wicked’
Europe
Explore more offers
We use cookies to improve your experience on our website.
Learn more