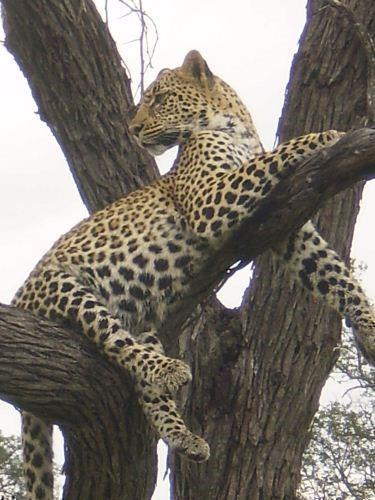 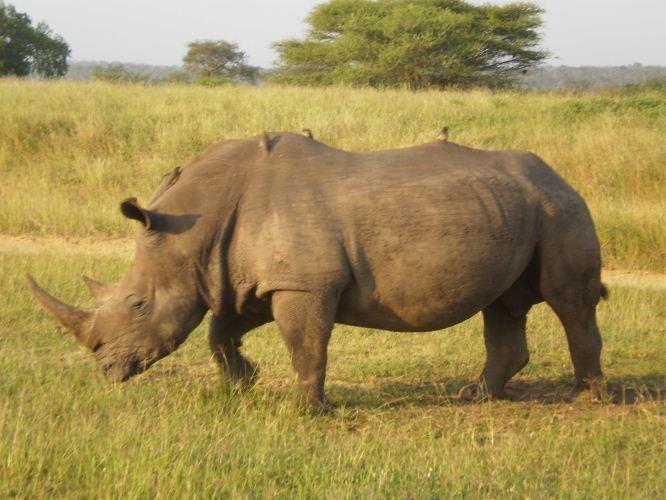 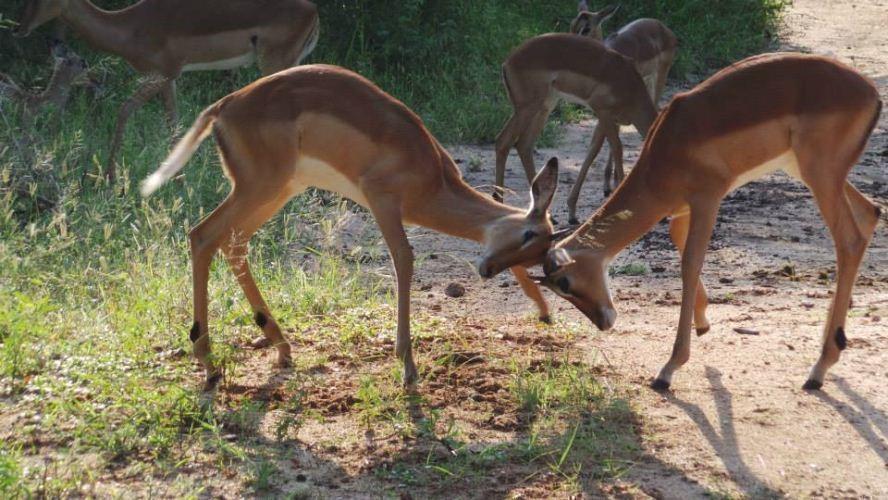 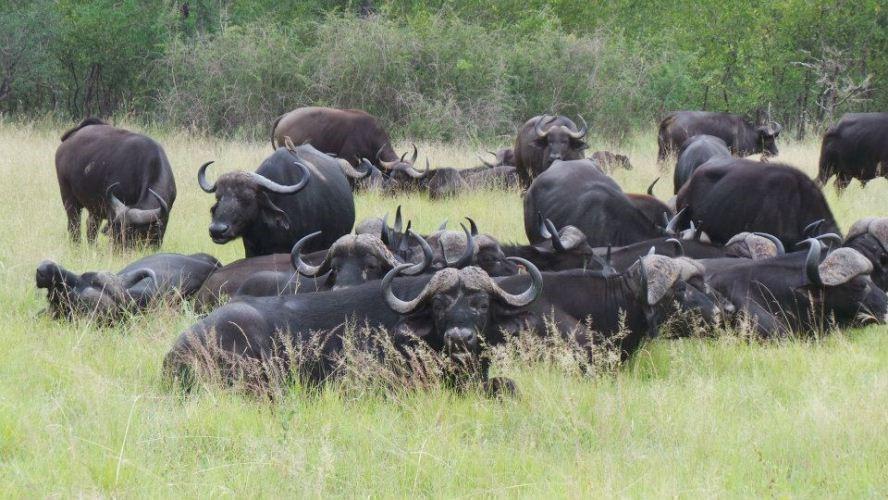 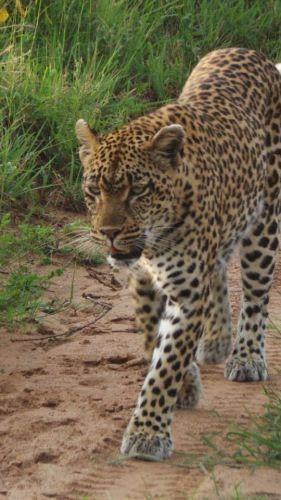 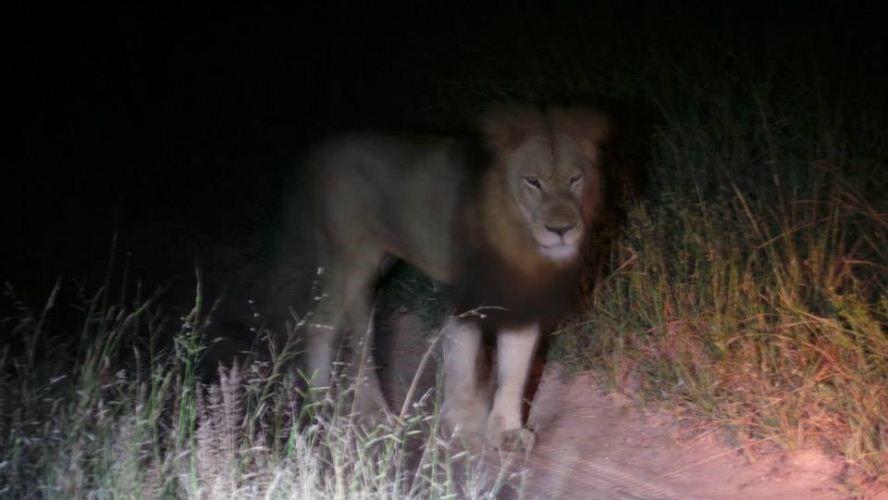 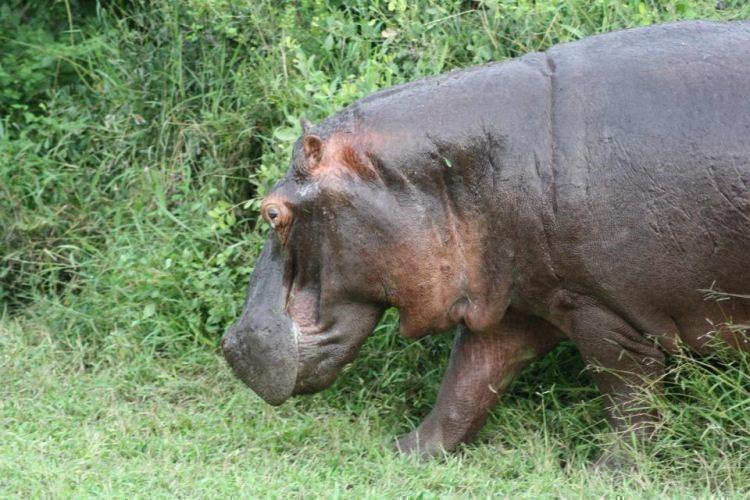 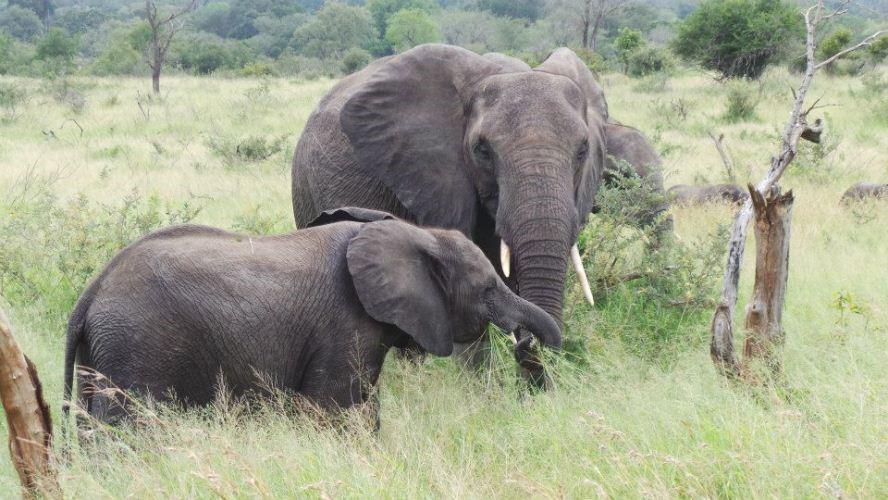 We caught a morning flight from Cape Town to Nelspruit airport. Then headed to the Mala Mala. This is located in the Sabi Sands off Kruger Park. Sabi Sands is a private reserve so there are boundaries as to where you can go which each lodge adheres to. There is also the threat of poachers so there is security at the entrance to the park.

There had been a lot of rain the week before we arrived so conditions were difficult as even though we had Range Rovers there was always the threat of getting stuck if we went off road.

The terrain is very different to the Mara in Kenya as there are a lot more trees and grass so the animals are well fed and there is a lot more birdlife. However there aren’t the huge plains that you have in Kenya where you see huge herds of animals so it’s a different safari experience.

The accommodation at Mala Mala is outstanding. We stayed at Sable Camp. The room was amazing with views over the sand river which was flowing due to the recent rainfall! The rooms had two bathrooms and had huge ceilings. The rooms are decorated in an African style with huge tapestries mounted on the wall and a big double bed. There are luxury bathrooms with Molton Brown products.

The game drives are first thing in the morning and then again in the afternoon. You go out with four passengers in open Land Rover vehicles which are comfortable plus with no obstructions.

The game drives last for about three hours in all. It’s not just about the animals it's about the flora, fauna, insects and birdlife as well. We did get to see the big five, especially leopard that are very rare to spot!

On our second day we moved to Rattrays which was amazing. The rooms were huge and had a huge decked terrace and their own plunge pool. After the game drives then it’s a full breakfast and a bit of relaxation - I had a spa treatment which was reasonable for a massage at £25. The rangers were very knowledgeable and good fun and they looked after us in the evenings as well as serving drinks from the bar.