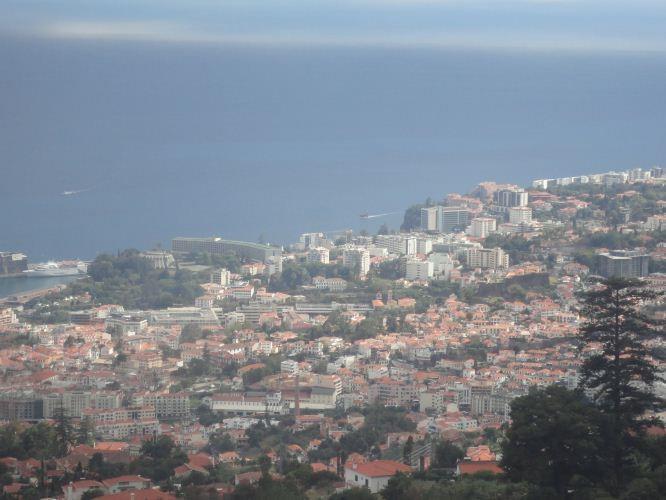 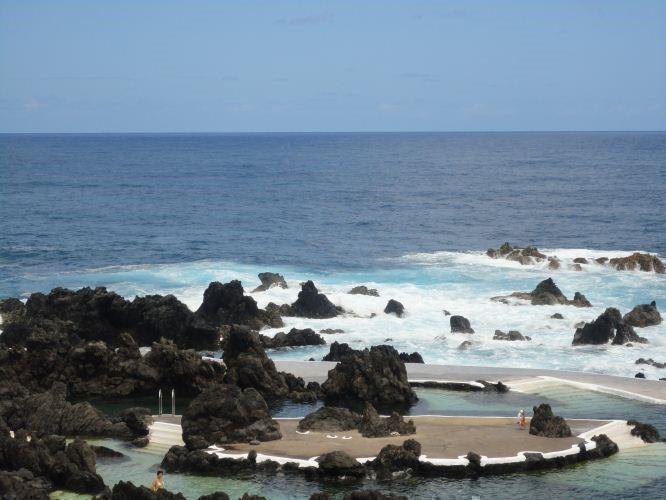 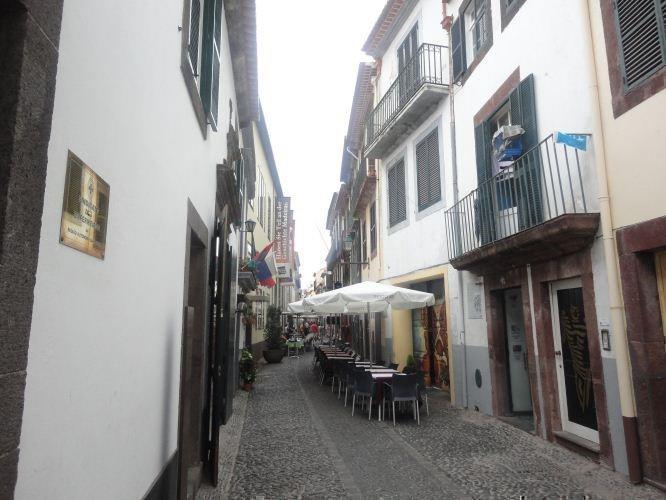 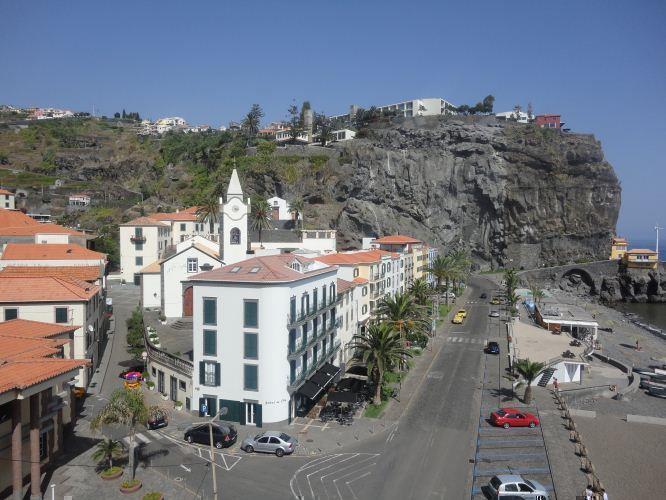 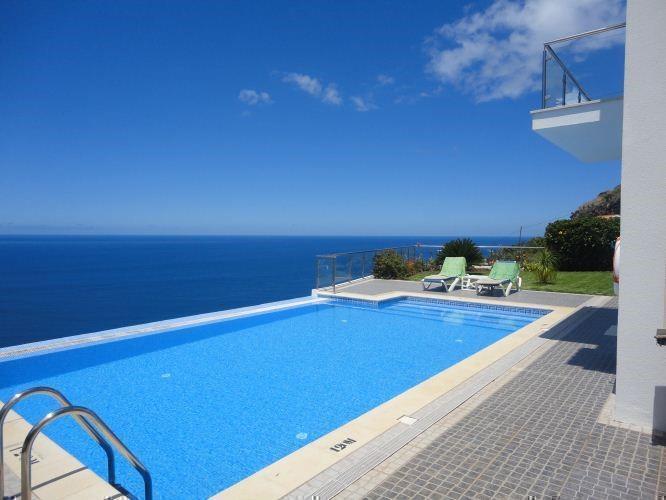 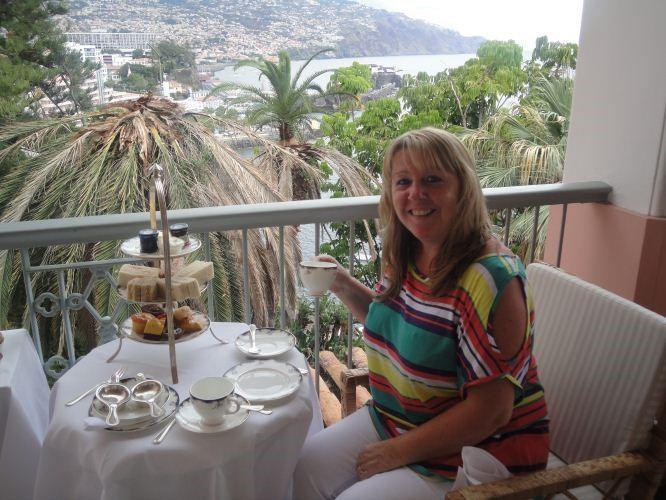 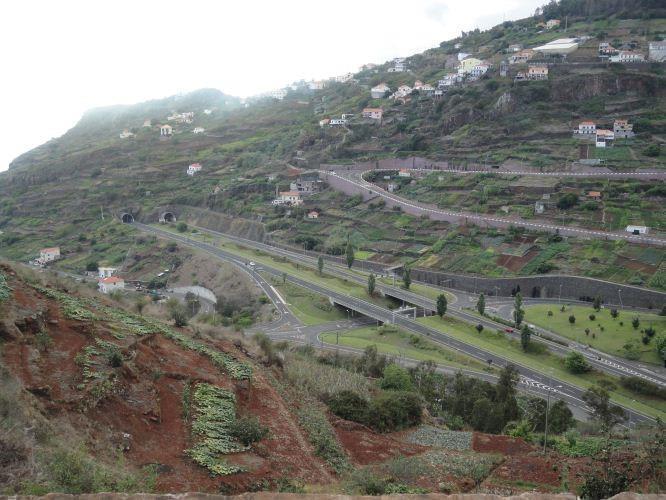 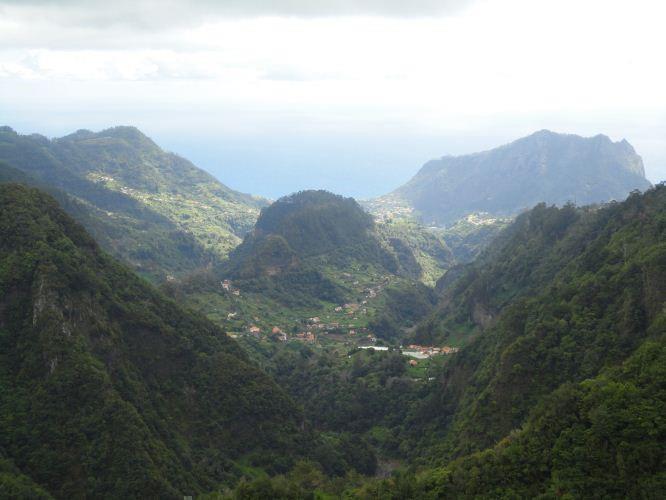 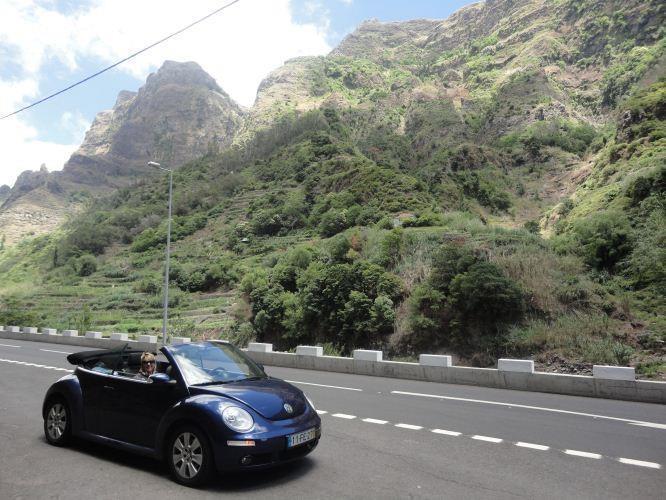 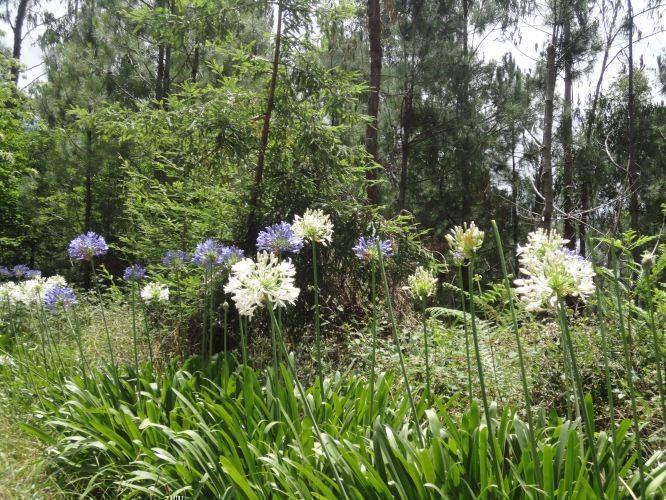 The first thing to say about Madeira is that the airport is cut into the side of a hill and the approach to it is quite interesting! That dramatic approach set the tone for the entire stay and the hilly terrain was actually the highlight of the trip.

We picked up our hire car for the week and set off to our villa in the West of the Island. The journey there is made much easier now that the tunnels go virtually all the way along the south coast. Our Villa was beautiful with uninterrupted views of the Atlantic Ocean and a 5 minute drive from the beach and marina at Calheta.

We decided to split the Island into manageable chunks to make sure we saw as much as possible. We started off visiting Funchal, the Capitol city of Madeira. The city is built into a valley but fortunately there is a cable car all the way from the picturesque Old Town to Monte (at the top). Here you have the choice of a return trip on the cable car or take the toboggans down to Livramento (about ½ way!). We chose the cable car as we had an appointment for afternoon tea at Reids Palace – the grand old dame of Madeira. If you get chance this is a must, and even better if you can stay here. It really is a stunning hotel full of old world charm. It's also not too far from the delicious Madeiran wine company of Blandy's. We spent a happy couple of hours here seeing how the product is made and, of course, tasting the products!! Our favourite was the Malmsey, a beautifully sweet aperitif!

Having “done” the city we headed up into the central area, known as Paul de Serra. This is the flattest part of the Island and reminds you of British moorland. From this plateau we dropped back into the rugged terrain and enjoyed the views from Boca da Encumeada, virtually the middle of the Island. We then went to the North coast via Sao Vicente and headed west along the infamous ER101. It used to be possible to leave the new road and follow the precarious old road right around the cliffs, (un)fortunately these have now been closed but the route is still a bit hairy in places, especially around the pretty town of Seixal. From there it is a short drive to Porto Moniz and it's rock pools! Great if you want to experience the Atlantic swell in the safety of a swimming pool as they are formed out of rock pools and regularly get waves coming over the walls.

We hadn't heard about the Madeiran levadas until we got there, but quickly decided that we needed to go and do a “Levada walk” at some point. These irrigation channels offer a variety of walks all across the Island and range from vertigo inducing to quite genteel, so be careful which one you pick. We chose to follow a levada from Ribeiro Frio to Balcoes and were rewarded with fantastic views of the rugged terrain at the end! There's also a cafe half way in case you need it. From here you're not far from the Pico Ruivo, Madeira's highest point if you need some more exercise, or the picturesque (and driveable) “Nuns Valley”.

Our final trip took us through the spectacular Ribeira Brava gorge which almost cuts the Island in half. We had to keep stopping to enjoy the views of the towering hills on either side of the road! We then stopped and had dinner near the beach at the town of Ribeira Brava itself.

We were also surprised at the varying climates across the Island. We could be sunny and warm in the west, but by the time you got to Funchal it could be cloudy. We would certainly recommend getting out and about, not only to see the fantastic scenery, but it's usually possible to avoid any cloudy conditions somewhere on the Island.

Overall we loved Madeira, and were blown away by the scenery and dramatic landscapes at virtually every turn. Add to this the wild flowers that are everywhere on the Island and you really do have a photogenic little gem in the Atlantic. Don't be put off by it's somewhat staid image, get out there and explore it and like us, you'll be wanting to come back again! After all, it's only 3 ½ hours from the UK!