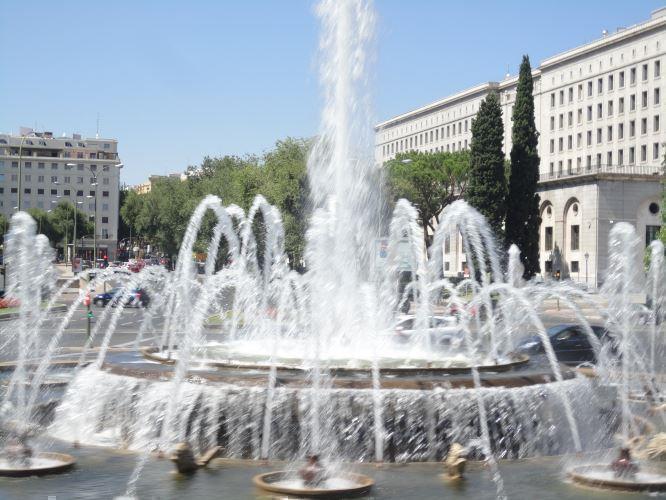 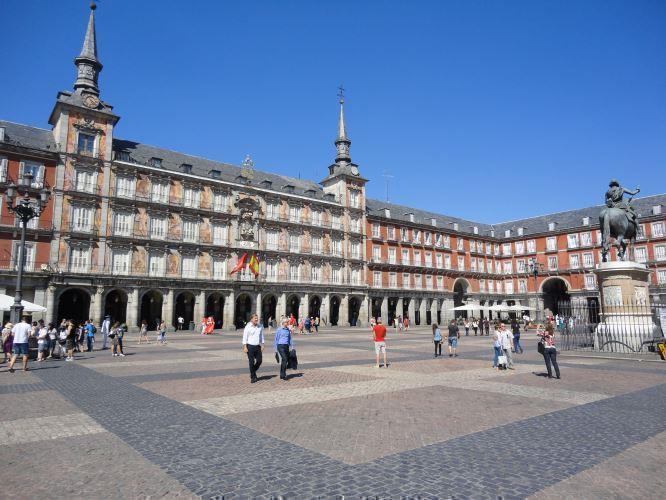 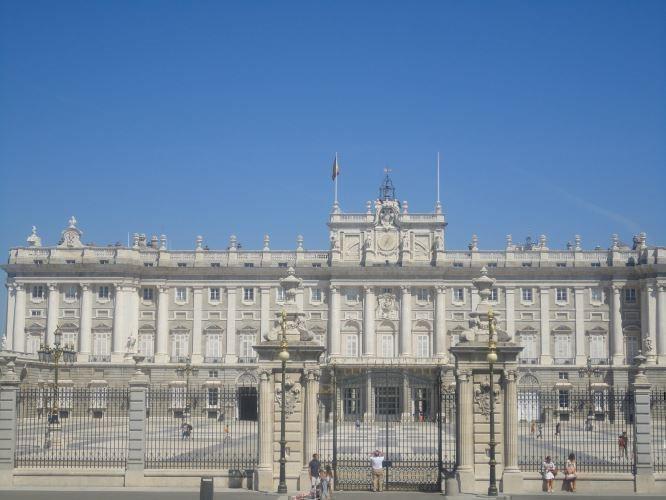 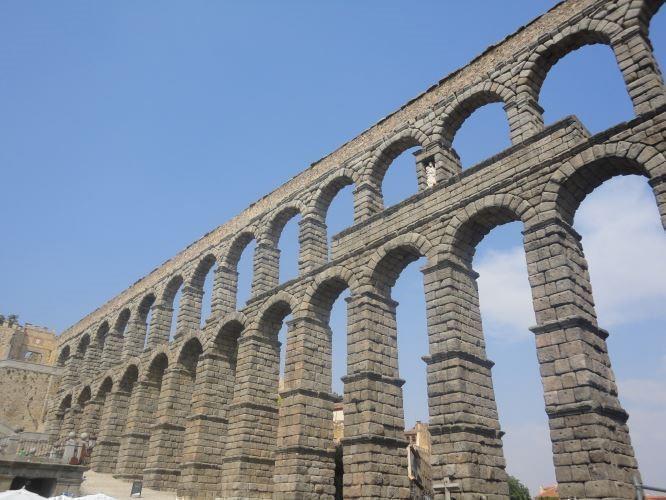 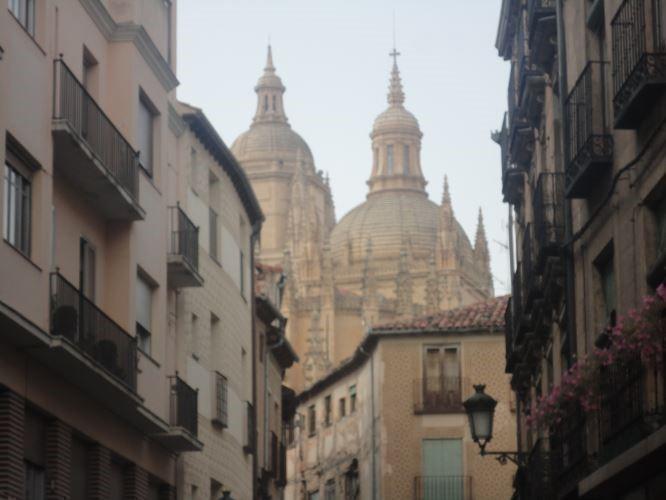 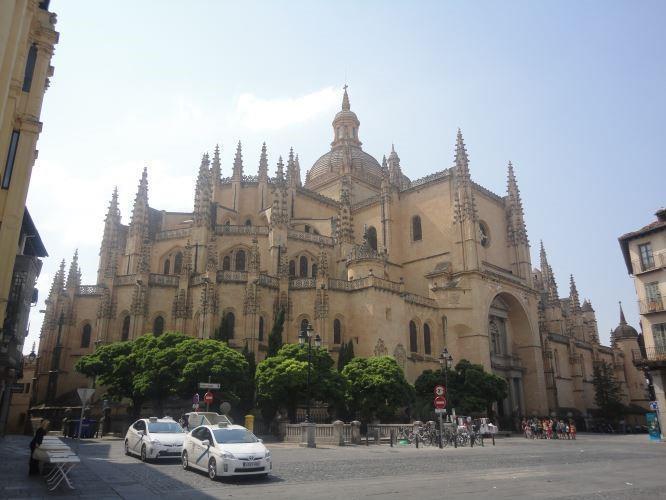 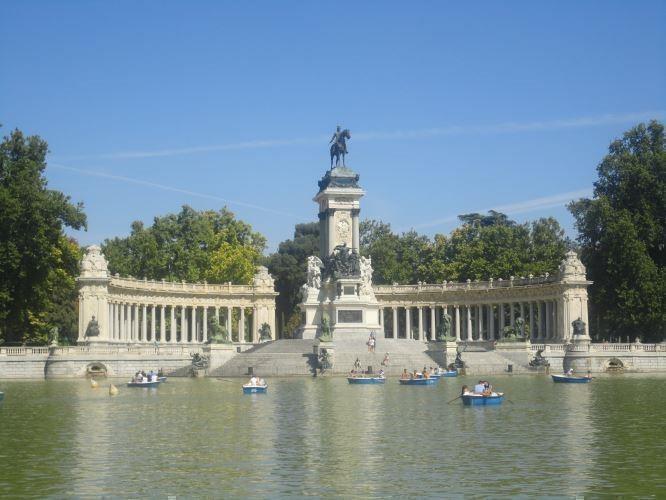 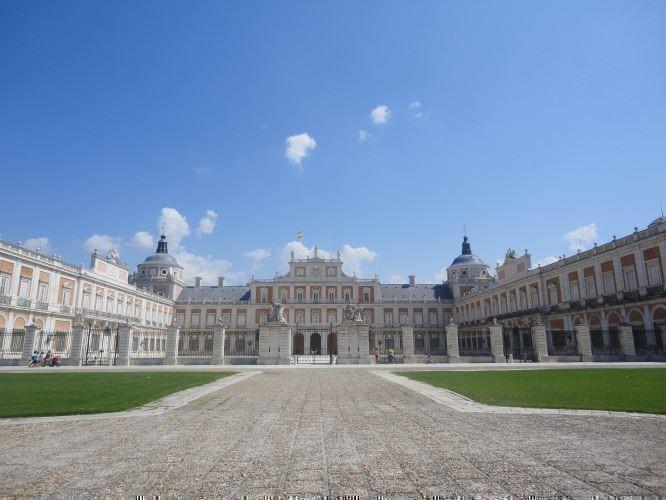 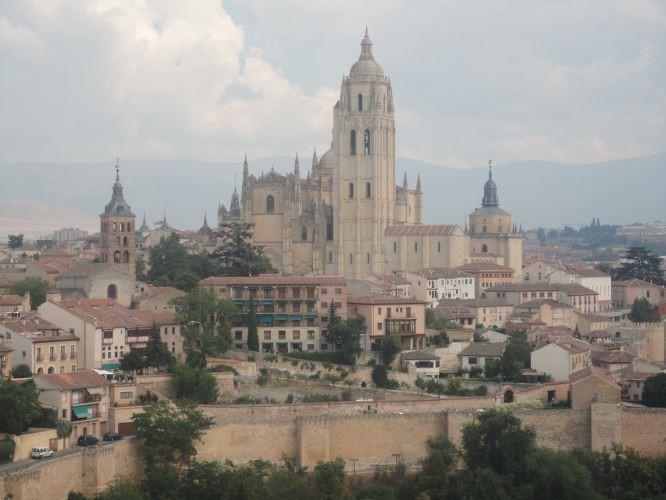 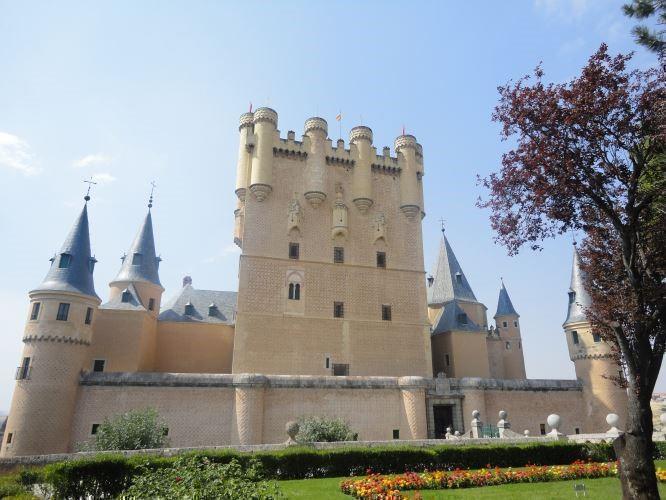 We based ourselves in the beautiful city of Madrid, because of its central location and high altitude, the climate of Madrid has warm dry summers and cool winters.

Madrid is the capital of Spain but tourists seem to regard it as the little brother of Barcelona. I'm not sure why as Madrid has a lively night life, the largest museum, even more cosy squares and is a well-known shopping city. Madrid is also a fascinating city, with stately boulevards, beautiful squares, beautiful and imposing buildings, working-class neighbourhoods with winding streets full of traditional taverns and typical shops, open-air markets and of course the Prado.

One of the best ways to see the city is aboard the open-top double-decker bus tours. There are two tours covering all of the city's highlights, from historical sites and monuments to the modern Madrid of skyscrapers and cosmopolitan architecture, and of course it's 2 famous football stadia, the Bernabeau of Real Madrid and the Vicente Calderon of Atletico.

Back in the centre of the City, the stately Plaza Mayor was one of my favourite places to chill and have a drink or two. If people watching isn't enough, have a look at the plaza’s epic history which is told in pictures, through the carvings on the circular seats beneath the lamp posts. It's also well worth visiting the Palace and do make sure you have a coffee or lunch in Plaza Oriente.

Gran Vía is the large shopping street and the major road in the centre of the city and is one of the most popular shopping areas. It is a very busy street, so keep this in mind as you select a hotel. We stayed near the Plaza del Sol and found this to be an ideal location, especially as our hotel had its own tapas bar! Ideal after a hard days sightseeing.

After spending a few days in Madrid we went off to visit 3 other lovely cities. We collected our car in downtown Madrid and headed south east to Toledo, stopping off in Aranjuez on the way. Aranjuez is home to an 18th century palace of the Spanish Royal Family and is a lovely place for a visit. We actually played Rodrigo's Concerto d'Aranjuez on the way there and found that really created the exact mood for our visit.

About half an hour further on we arrived into Toledo. This old walled city is located on a mountaintop with a 150 degree view, surrounded on three sides by a bend in the Tagus River and contains many historical sites, including the Alcazar, the cathedral and the Zocodover, a central market place. We stayed just outside the city but this gave us great views of the walls and magnificent buildings once they were all lit up at night. The Cathedral here is stunning and surrounded by small alleyways, full of atmospheric bars and restaurants. We found a great cafe at the top of town, just next to the Alcazar with fantastic views, well worth the walk! Our final stop was in the ancient city of Segovia – about an hour's drive to the North East of Madrid. Segovia is Spain and Castile at its best, with twisting alleyways, the highest concentration of Romanesque churches in all of Europe, pedestrian streets where no cars are allowed, the aroma of roast suckling pig around every corner - all surrounded by the city's medieval wall which itself is bordered by two rivers and an extensive green-belt park with miles of shaded walks.

The first thing you see when entering Segovia is the impressive Roman aqueduct, with its 118 arches arranged in two tiers, which looks like it was built 20 years ago, not 2000! To make it easier to look up at it there are plenty of cafe's near here to sit down and enjoy the view over your coffee cup! The Cathedral here is also on a grand scale and reminded me of a wedding cake for some reason. Finally, the Alcazar which looks like something out of a Walt Disney film, has some beautifully decorated rooms and a small museum to look at before attempting the 152 steps up to the top of the Tower! We made it and were rewarded with fantastic views over the surrounding countryside.

We love Spain for its culture, climate and laid back attitude – visiting these beautiful places also adds a sense of the fantastic history and wealth of the country for good measure. A very photogenic trip!