Volos and the Pelion - Greece 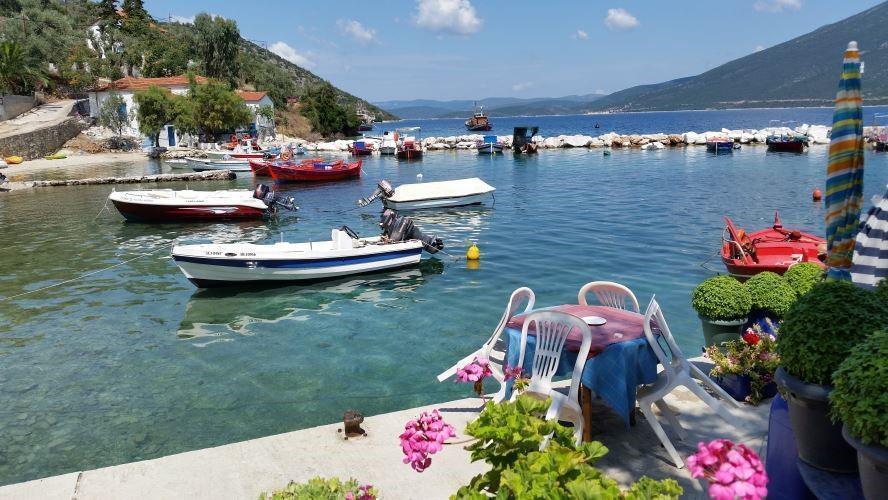 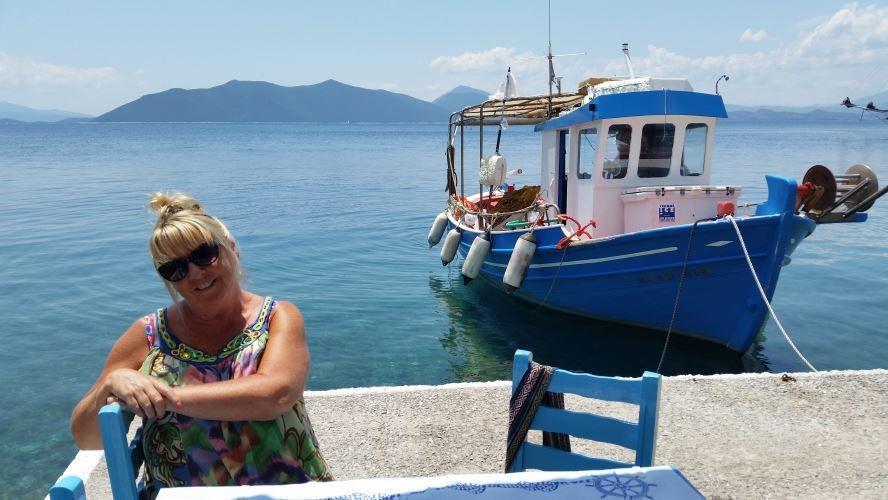 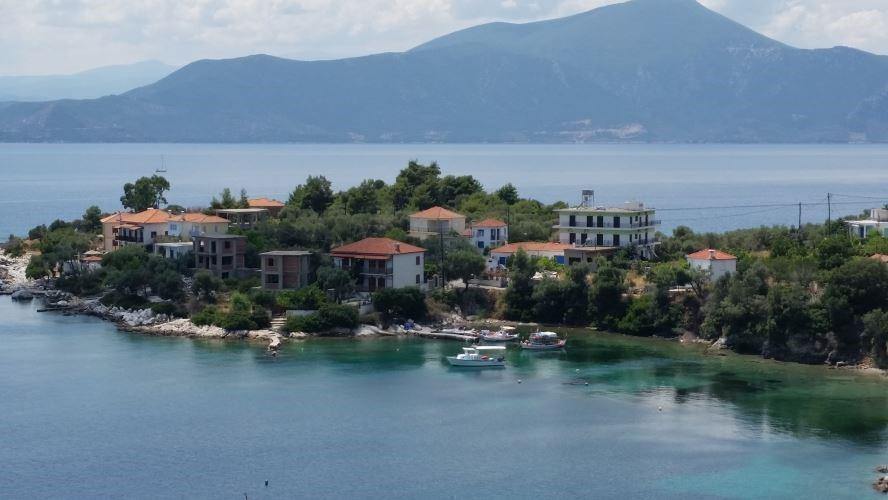 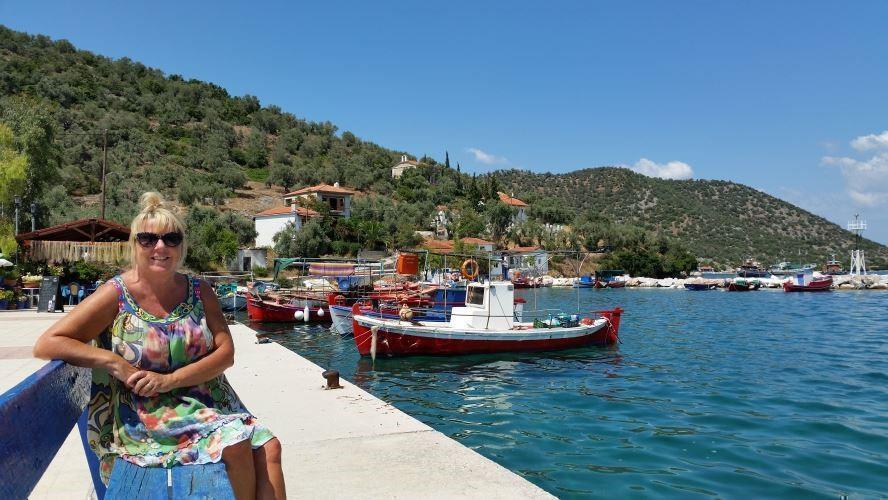 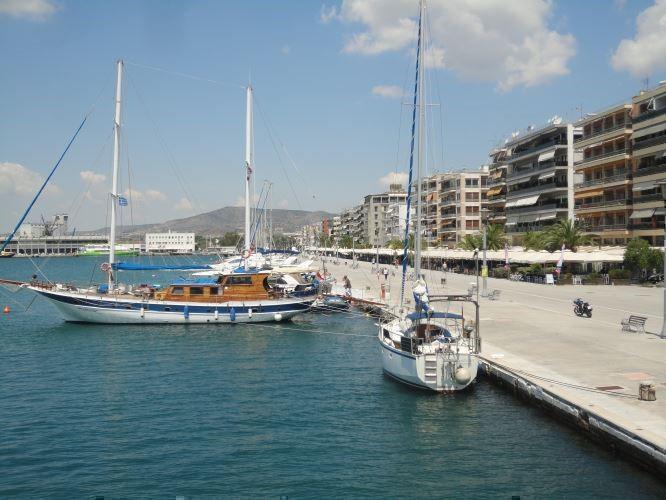 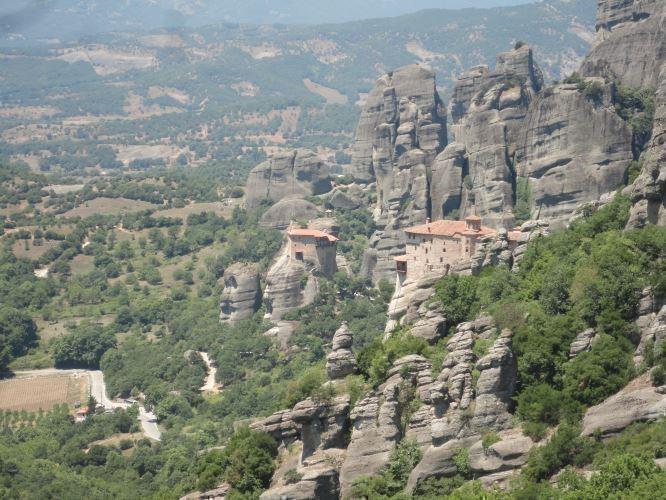 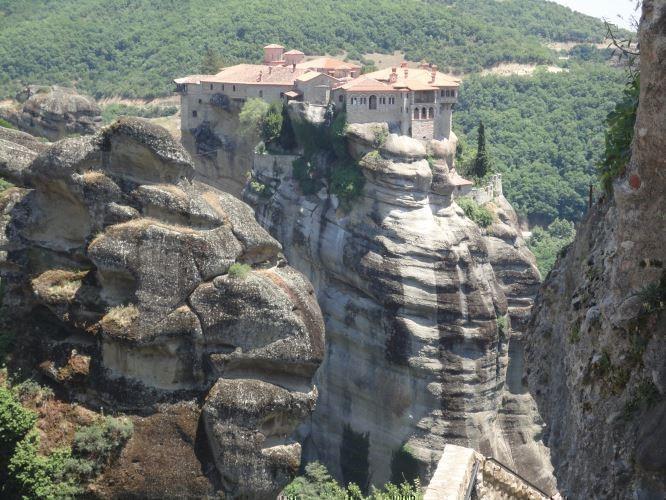 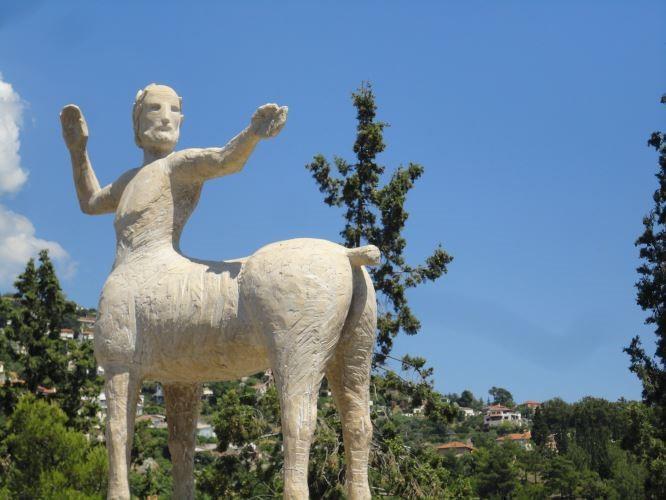 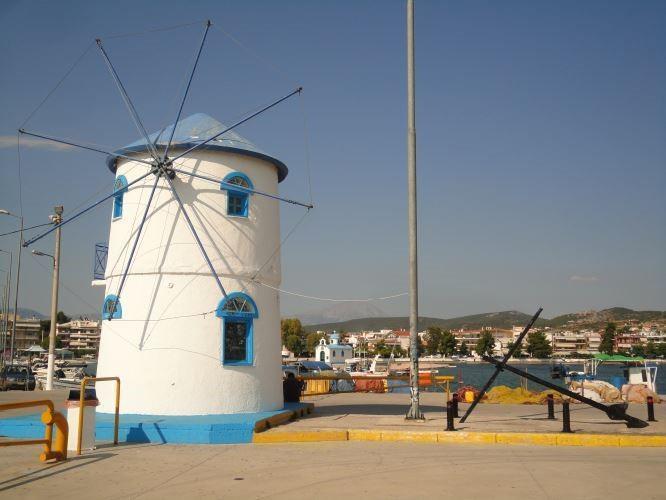 We arrived at Athens airport and collected our car for the 3 hour journey to Volos and the start of our Argonautical journey.

About 90 minutes into the journey we pulled off the motorway and called into the small resort of Kamena Vourla for a light lunch.

We arrived at Volos and took our first stroll down along the seafront with its numerous cafes and bars where we had dinner of fresh sardines and watched the yachts bobbing up and down. We identified Ermou Street as the main shopping strip so headed off in that direction. Many shops later we found that Ermou Street ended up near to the City beach, so stopped in what became our favourite bar, Mon Café, for a frappe. We then continued the walk past the beach to the small church buried in the hillside at the end of town.

Walking back we detoured into Mon Café again and spent a lazy few hours drinking cool beer and enjoying the complimentary tapas on offer!

Next day we decided to see the World Heritage site of Meteora and its precarious monasteries perched high on the top of the rocks. It took almost two hours to get there, but was well worth the trip. The views were stunning, even if the paintings and the collection of skulls in the main church were a bit gruesome! We followed up with lunch right at the base of the massive stone pillars in Kastraki village.

We made a slight detour on the way back and drove close by Mount Olympus – and were rewarded with clear views of the summit!

We also visited some of the more local Pelion villages. En route we passed a statue of a Centaur, which is in reference to this area being their ancient home. The first village was Portaria, which had several fine examples of typical Pelion mansions which are reminiscent of Swiss mountain homes!

We then moved onto our favourite little village of Makrinitsa. This was full of quaint little shops selling local produce and a fantastic little church shaded under massive trees. From here you had spectacular views down towards Volos and the Pagasitikos Gulf.

From Volos we headed to our second stop of the trip, a villa in Milies further down the Pelion peninsula. On the way we called into Kala Nera for a midday coffee. Kala Nera has a number of beachfront tavernas and bars as well as numerous smaller accommodation options. We headed inland to our villa, and having settled in, went for a wander around the village. It is best known for the regular mountain train that comes into the village from the coast. Once you get there you have a choice of restaurants and bars to relax in as well as some cute shops! Our favourites were the “Panorama” Taverna and the rooftop bar near the town square!

From the villa we did a couple of trips down and across the peninsula. We found that we really liked the south of the Pelion, and found some fantastic little fishing harbours with waterfront tavernas. We particularly liked Aghios Kiriaki and Kottes, both being especially picturesque. On the way south we also called into Milina which has a lovely beach, numerous seafront tavernas and a particularly good boutique!

If you want a more dramatic scene, head north east to the other side of Mount Pelion. Here you will find deep valleys and winding roads down to secluded beaches, as well as some hair raising mountain roads clinging to the sides of the mountain.

The third part of our trip meant us heading off on a four hour journey to the island of Evia. We stopped off at one of Kamena Vourla’s seafront cafes for a coffee after about two hours. Once we reached Chalkida we crossed over the new bridge and onto our new accommodation in Nea Artaki. We had rented a small apartment right opposite the harbour, in easy reach of bars and restaurants and right opposite the local beach. That afternoon we had lunch at the nearest taverna and then later on walked round to Vista bar for a sunset beer. Once the sun went down we walked around to the other side of the harbour and had shrimp saganaki in a fish taverna!

Breakfast was enjoyed overlooking the harbour in a small cafe before we headed out to explore the beaches further up the Evian coastline. We eventually decided on stopping at Politika’s long shingly beach, about 25 minutes north of Nea Artaki. We took two sunbeds near to a taverna and almost straight away were treated to a swim past by some dolphins! Fantastic!

The next day we went to Zefiros beach. Like a lot of the beach clubs, the sunbeds are free as long as you buy drinks. We spent a nice few hours here in the sun and had a few frappes to keep the bar owner happy.

VOLOS is a great city – ideal for a few nights before heading off to a beach.

THE PELION – a beautiful peninsular with some amazing scenery – ideal for anyone wanting off the beaten track Greece.

EVIA is a very big island but not very well known to British Tourists, many of the menus have no English translations, so you need to know what you want to order – I wouldn't suggest Evia to first time visitors to Greece.

This is our third Greek Road trip, if you need help deciding where to go in Greece that is different get in touch I would be delighted to discuss options.