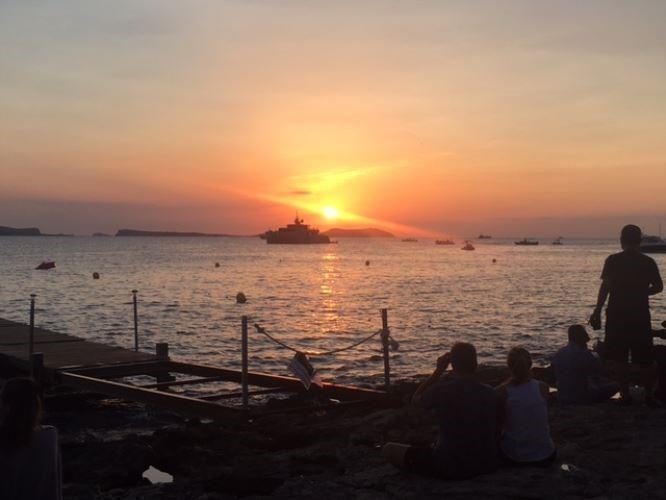 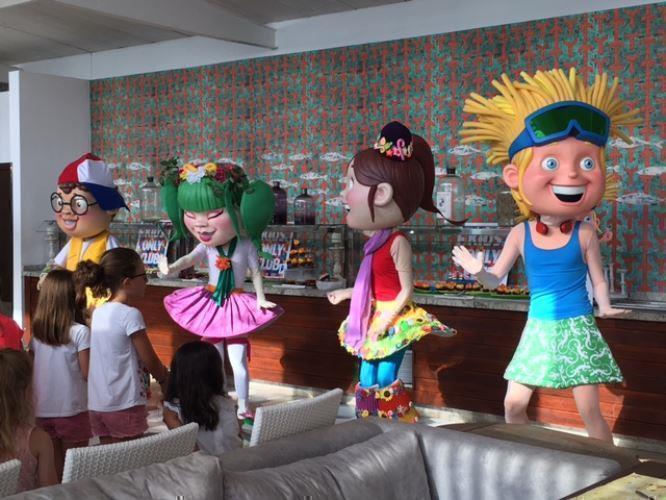 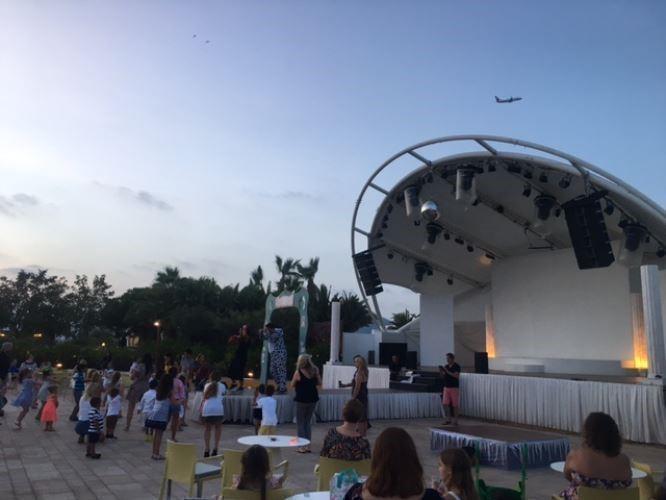 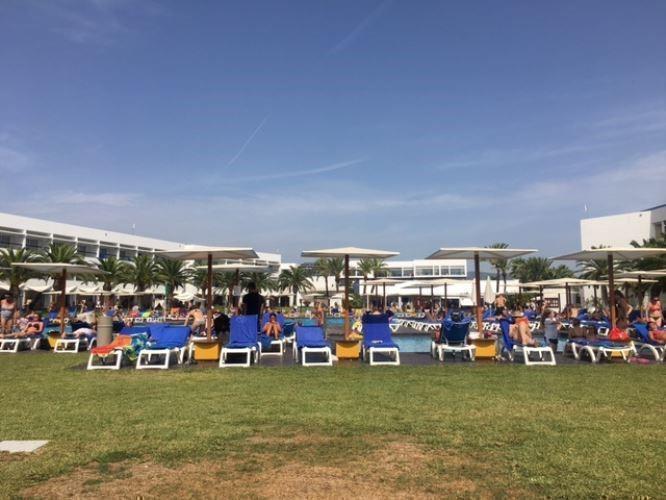 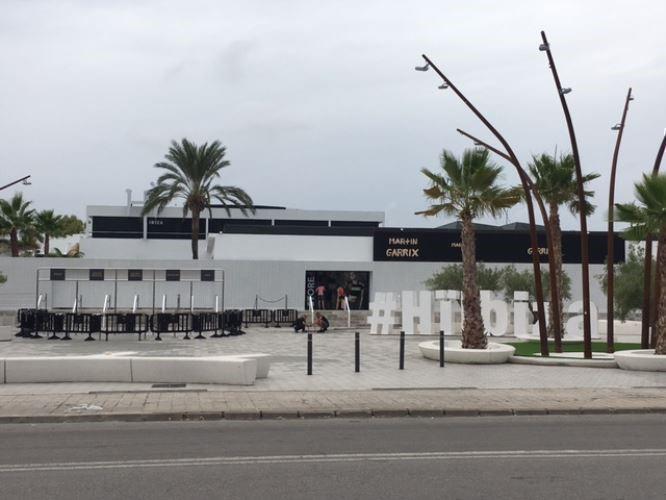 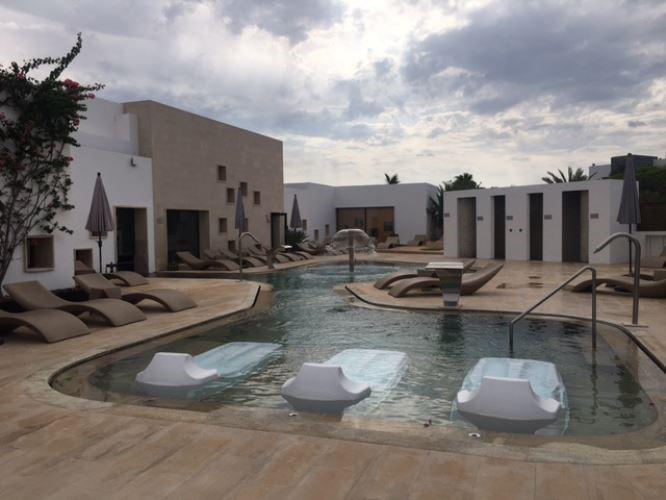 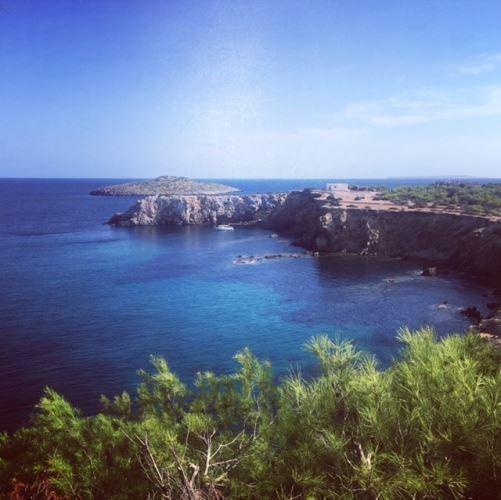 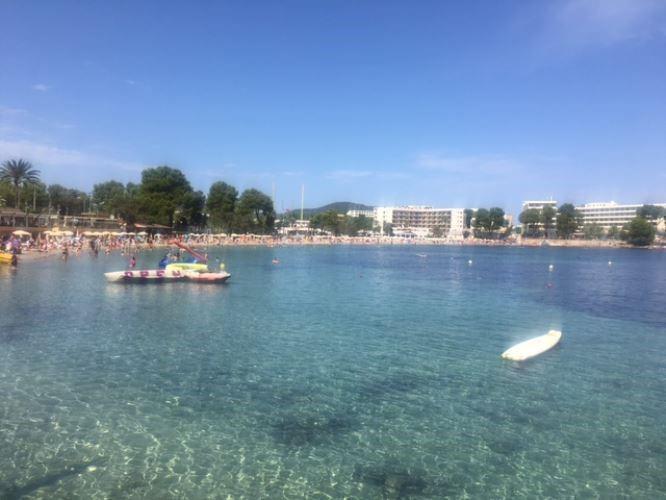 We booked our holiday to Grand Palladium Palace around 10 months ahead. I had just joined Travel Counsellors and needed an incentive to work hard! Holidays for families of five who like 5-star all-inclusive in school holidays don't come cheap!

We flew with Thomson, about to become Tui, which was nice after easyJet and Ryanair the last few years. Ibiza is a nice quick flight and we landed with no bother, and were very quickly on the transfer bus. Even happier when it only took 10 mins to drop us off, the holiday was off to a great start.

Grand Palladium Palace is located at the far end of Playa D'en Bossa beach, next to a nature reserve with a lake, which means mosquitos can be a problem to some. You don't expect mozzies in Ibiza. If you take repellent and maybe a plug in in case you are located next to the nature reserve, you'll be fine!

It's next to its sister property, the White Island, and guests of both sides can use all facilities. This means you are not short of eating and drinking options and you have a choice of four large pool areas. It's nice to have choices.

We loved the style and setting of the hotel, but Playa D'en Bossa itself does not paint a true picture of Ibiza. The beach is long and wide and perfect for sunbathing, sand castle building and wave jumping! But it certainly isn't the prettiest beach on the island. If you want magical beaches and sunsets, and Instagrammable scenes you need to get out and check out the island.

It is fun though to walk up the beach and hear the music coming out of the beach clubs and places like Hard Rock and Ushuaia. Even with the kids we spent an afternoon sat outside Bora Bora and while they played we could listen to the music and have the best of both worlds, the kids’ heads were bobbing along and its great people watching.

Before having our children, I came to Ibiza four years in a row and stayed in San Antonio. I thought going back to it now it might seem like a run-down 18-30s town... but not at all! We were so impressed with it. It looked clean and sparkly and watching the sunset from the rocks in front of Cafe Del Mar was our holiday highlight, and the kids too! Obviously, the town gets a little wild after dark and we had an interesting walk back through the West End for our taxi but it's all part of the fun!

Another amazing day out was to Es Cana for the Hippy Market which happens every Wednesday. We had friends staying there so we met up for market shopping followed by an evening on the beach. We got takeaway pizza, prosecco and beers and the sea was so warm and calm the kids played in it till after 9pm when it was dark. That is a place I can't wait to go back to!

Back to the Grand Palladium there is a foam party in the pool every Tuesday which was so much fun for everyone from babies to grandparents! A sensory overload for little ones and again pumping music for us adults who miss partying!

The food is fabulous but as with all all-inclusive there is some repetition if eating in the same buffet everyday so do bother to get up and make your reservations for the a la carte restaurants to break it up. You need to book at 9am for the following evening, but that bit of effort pays off. We especially loved the Mexican.

The Spa – wow. I have been to lots of spas but I can 100% say that Jimena gave me the most dreamy massage I've ever had. I was so dazed for the whole day and the relaxation stayed with me for a lot longer.

The evening shows were so good, the entertainers are really talented and work so hard.

The rooms are quite small if you're a family but perfect size for a couple. We upgraded to a Superior with a terrace opening out to the pool which was well worth it for when someone needed a nap while the rest played.

The sports bar was 24 hour which was handy for my husband who wanted to watch the McGregor/Mayweather fight halfway through the holiday! There were always cold mojitos, nachos and popcorn available any time of day or night.

In summary we had a fantastic time at Grand Palladium Palace. We met couples who were on their seventh and third visit and would keep going back. For us, we will be going back to Ibiza but we would like to try a smaller town and go out and try the local restaurants, as Ibiza is a foodie paradise!

But I would recommend the Grand Palladium 100% for couples and families who like everything included, with lots of space and choice. 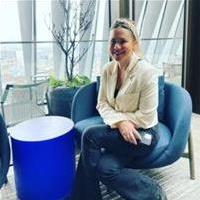