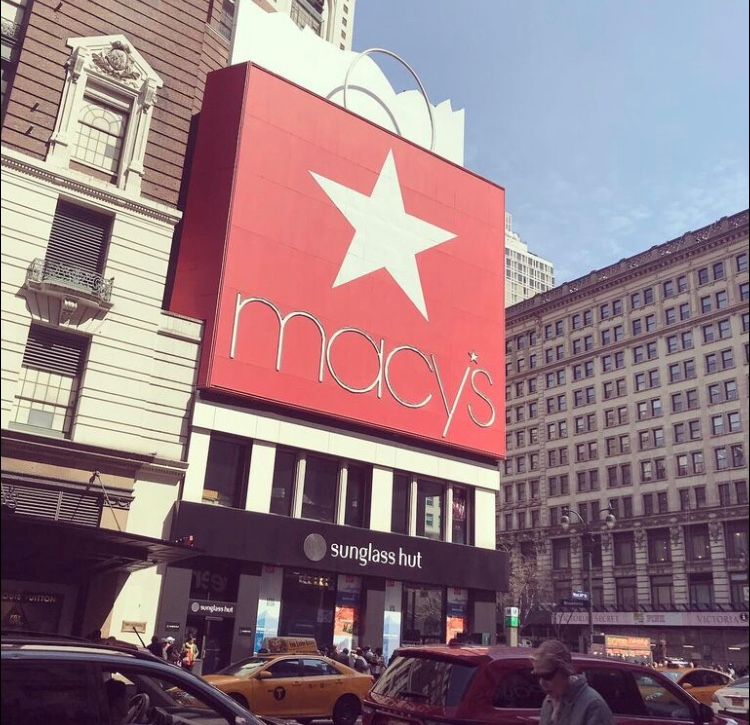 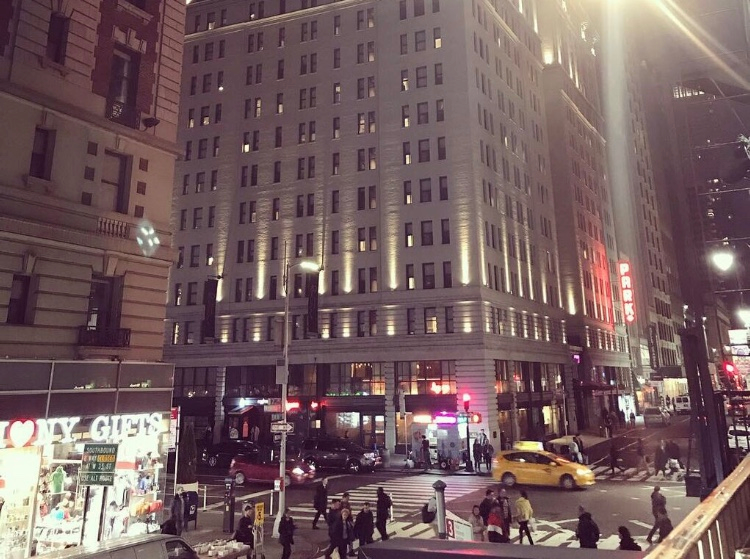 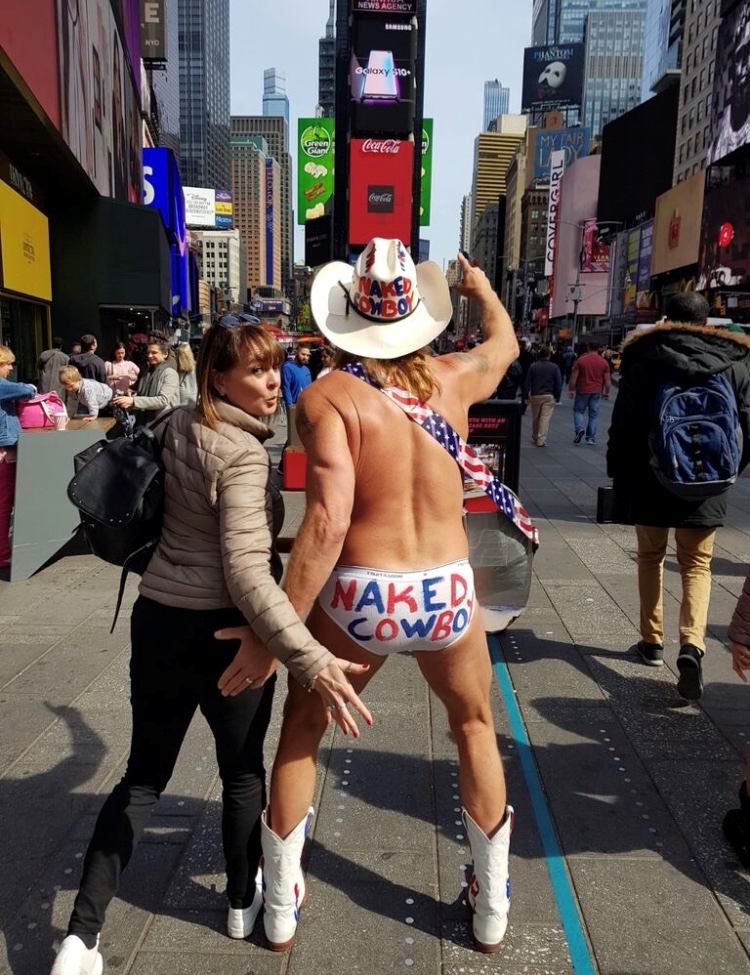 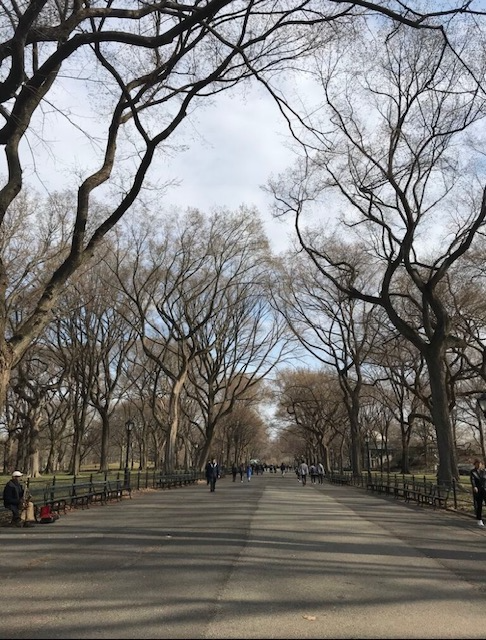 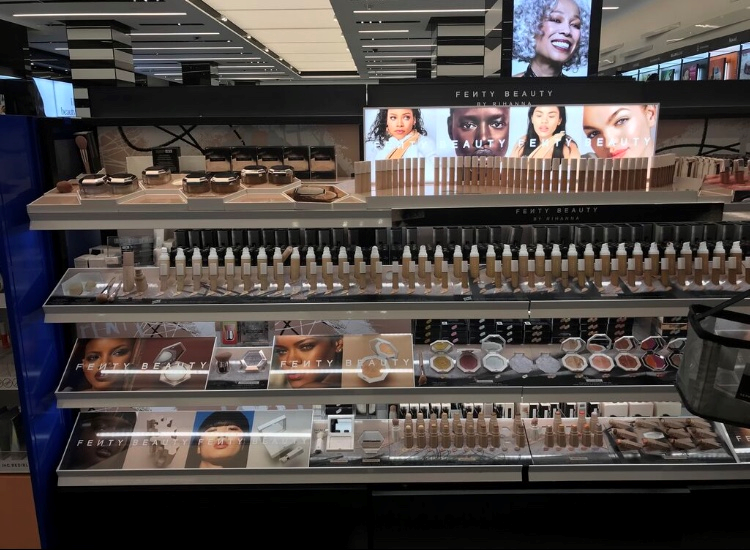 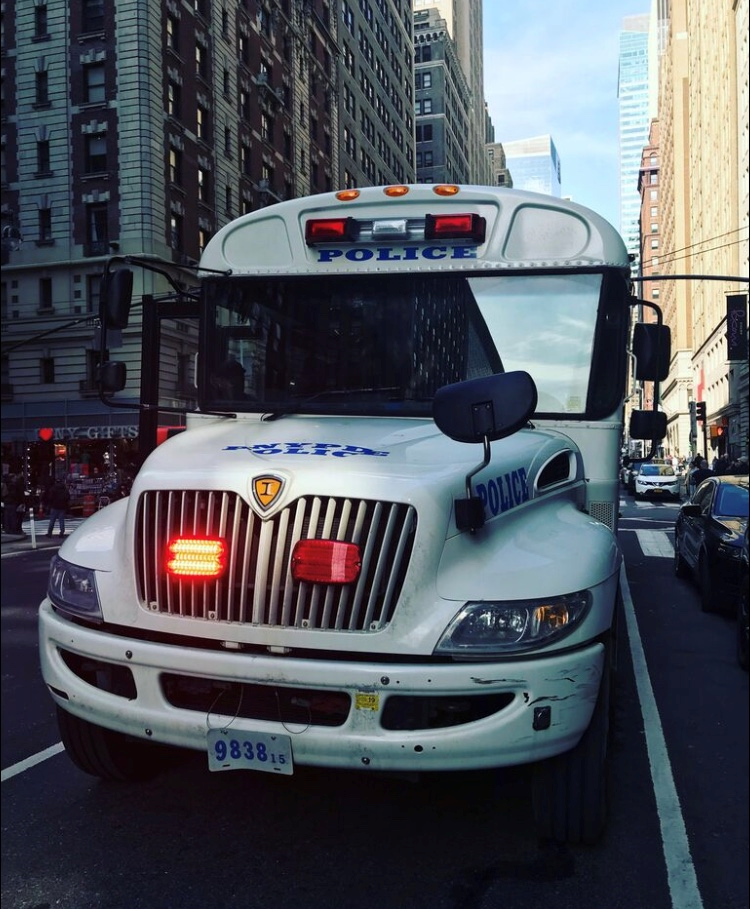 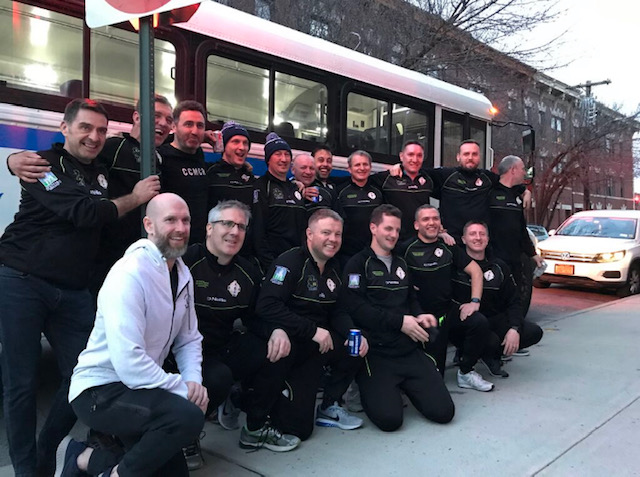 In March, I got the chance to visit New York. My husband's Gaelic football team was playing the NYPD in the Bronx, so some of their wives and girlfriends decided to join the trip. In the end, there were 26 of us. Being the organiser, I felt a big responsibility to choose a hotel that was well located and comfortable for everyone’s taste, while sticking to a strict budget.

The Moxy Times Square delivered in every way! It’s on 7th Avenue, a 7-minute walk from Times Square, 2 blocks from Fifth Avenue shopping. The rooftop bar called The Magic Hour is the largest in NYC and once up on the 18th floor you are surrounded by buildings such as the Empire State and other skyscrapers. It’s very cool.

Being on holiday with an Irish football team, we were soon in the Pig & Whistle, and Irish bar a 1-minute walk away, and this became our base. The default bar to start or end the night in. The first night we all ate Sicilian style with big sharing platters of meatballs at Carmines. A bit of a tourist trap as it turned out, but it was a good feed and easy to walk to.

Following dinner, we walked around Times Square area and soaked up the atmosphere. I felt like I was in the movies. We went into a karaoke bar. Full of New Yorkers with amazing voices, strong drinks, loved it.

The next day, I woke up with FOMO thinking 'what am I missing?'. We got a coffee in the bakery downstairs and jumped in a yellow taxi (I imagined I was Carrie Bradshaw) up to Central Park. A gorgeous walk through the park led us to the Boathouse where some of our friends were having breakfast. You could spot movie locations from films such as Maid in Manhattan, and Stepmom. We walked back and took a little visit into Tiffany at the top of 5th Avenue. It was nice to pretend. Trump Tower was fully loaded on security guards and cars so we wondered if Trump was in? We wandered down Fifth Avenue, so many shops, so many photo opportunities.

I met up with my friend Denise and she took me for my first experience at Sephora. Omg, the make up! Never seen a shop like it. I sat down and had a makeover. The lady was representing Fenty by Rihanna. She did a great job on me and I purchased the lot, but the make up lasted all night and was still on the morning after!

The match between London Masters and NYPD was the reason for the trip but also the highlight. We were picked up in an old police van which caused a lot of attention in the street! So fun, the match was exciting and London won, which was the icing on the cake. The NYPD put on great hospitality afterwards in another excellent Irish bar. On the Sunday, all intentions of sightseeing went out of the window when we woke up to pouring rain. There was a bar around the corner called the Long Hall. The all-Ireland match was on and some of our group were already there. So that was great - a few hours in another Irish Bar drinking Guinness, sure why not?!

Around 3pm, the rain was still lashing down but we decided we must see some sights. We got a taxi to Ground Zero, and that was sobering. We walked around the museum, which was so interesting, and harrowing at times. We paid our respects, and headed to the Meatpacking District. I'd been recommended to visit the Top of the Standard. This is a very cool hotel, with what I think must be the most stunning bar in the world, on its top floor. We got a table with a view, I could see the Statue of Liberty from here! No need to brave the rain again. Lol. This is a bar to see and be seen in. Not so easy to get into as the evening goes on.... so 70’s glam.

I was left with many unticked boxes such as walking the Highline, visiting Soho and Greenwich, and going out in Brooklyn, but we were out of time. The whole weekend was a 10/10 dream and I’m dying to get back to see the rest ASAP!