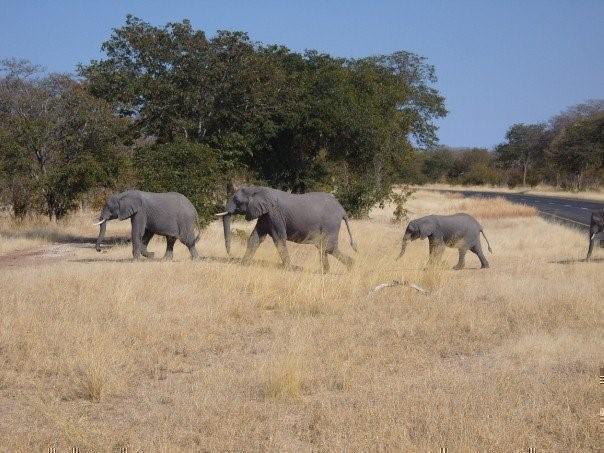 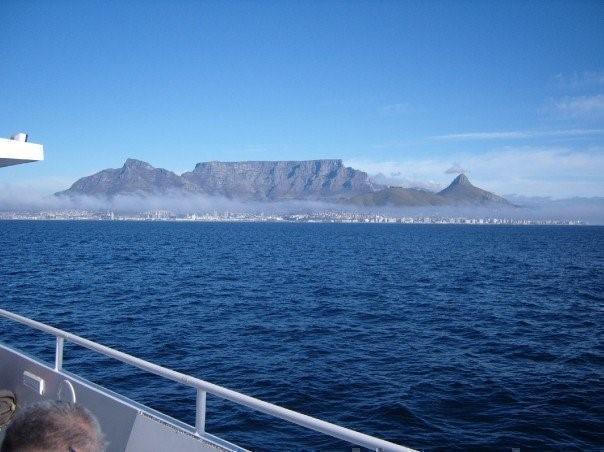 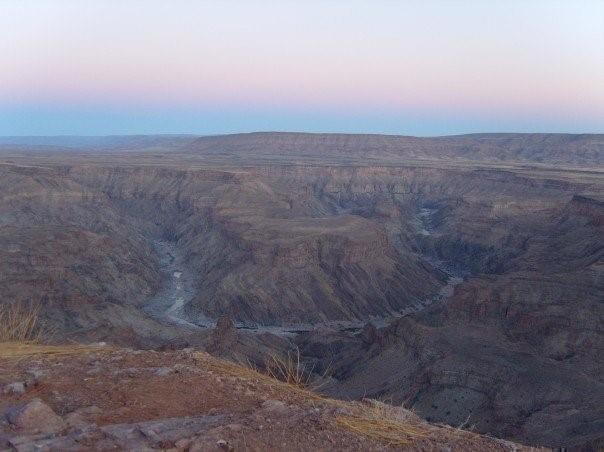 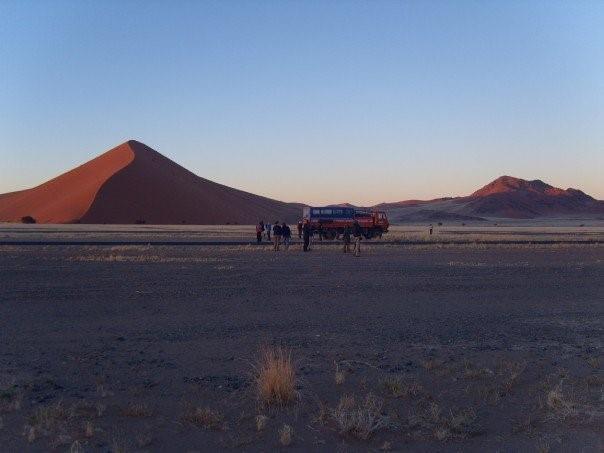 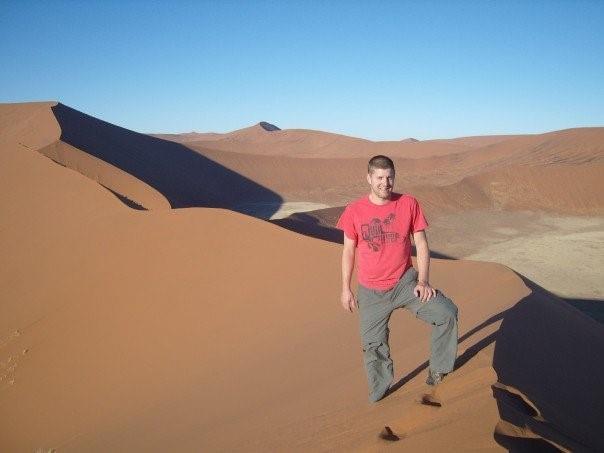 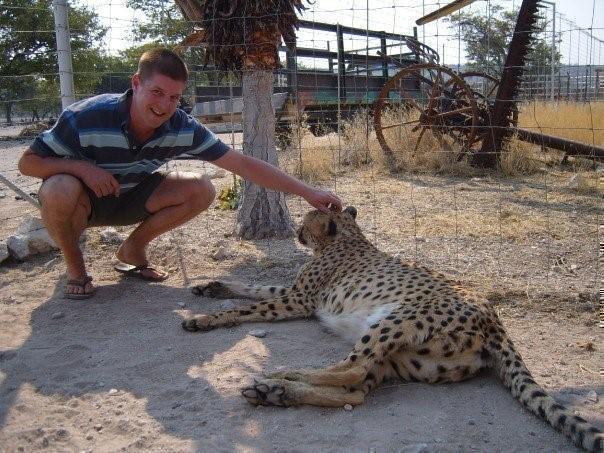 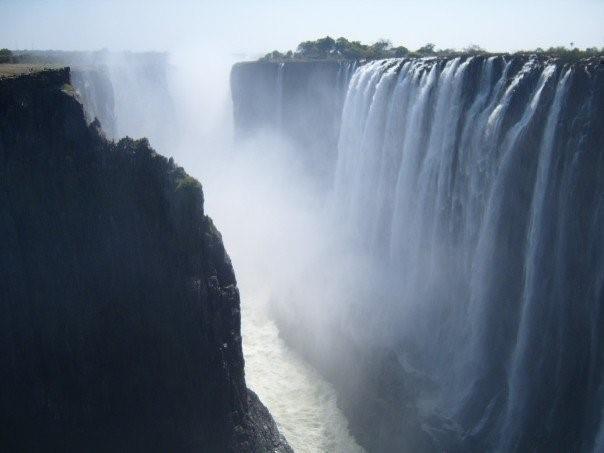 I knew I wanted to be away for more than a year, and (as I’m sure you all know) the maximum validity of an airline ticket is one year. One way around that is to buy a one-way ticket down under, and a return ticket when you’re ready to come home. But at the ripe old age of 38, the Aussies wouldn’t look too favourably on me entering their lovely country without an onward ticket or a visa. Option two involved a trip to Africa (and back), before the main round-the-world ticket began. I had a plan. There are many ways of seeing Africa, but for extended journeys, especially if on something of a budget, an overland trip is the way to go. There are lots of different levels – anything from a comfortable, air-conditioned vehicle with a support team and decent lodges and homestays every night, to an unsupported camping trip, where you do everything for yourself. I went for the latter, partly for cost reasons, and partly to get as close to Africa as possible. Each to their own, but it worked for me. It was a hands-on trip where we did everything from shopping, cooking, and washing-up through to cleaning the truck and making sure the beers were kept cold! There’s no better way to meet locals than being dropped off in a small local market, with $50 from the kitty and instructions to buy 4 days’ worth of food for 22 people, with very limited cold storage facilities.

We started in Cape Town, the jewel of South Africa. It’s a beautiful city, Table Mountain provides a stunning backdrop (if you’re not feeling energetic, the cable-car makes for a pretty easy route to the top), the V&A waterfront provides all the entertainment you need, and Cape Point Reserve is spectacular! From there we headed north (largely skipping the wine regions, don’t repeat my mistake) to the diverse country of Namibia. Fish River Canyon is the largest in Africa, and for visual impact rivals the more famous Grand Canyon. In the heart of the Namib desert is Sossusvlei, home to the highest sand dunes on earth. View them at sunrise, hike them, sand-board down them, or simply enjoy their grandeur. And from there to Swakopmund, on the coast, the party capital of Namibia. It’s the home to adventure sports and fun nights out, enough said.

The further north you travel, the greener Namibia becomes. Passing through Damaraland (home of the rare desert elephant and black rhino), eventually we reached the wonderful Etosha National Park. Home to four of the big five (elephant, lion, leopard and rhino, no buffalo), it’s all about the game drives, the lush scenery making a pleasant change from the desert further south.

Next was Botswana, home of a vast network of waterways, scrubland and animals galore. The Okavango Delta (as featured on Top Gear) is awesome, as is Chobe National Park. And so to Victoria Falls, another great spot for taking a break from travelling, and just enjoying everything on offer. The Falls themselves need no introduction (oh go on then – 108m high, 600m litres of water per minute, and known locally as Mosi oa-Tunya – the smoke that thunders), and again activities reign supreme here. White-water rafting on the Zambezi should not be missed – just avoid the hippos where possible. There are also more relaxed options - boat trips, nature tours, zip-lines, snake parks, cultural visits etc.

The second half of this leg of the trip started in Zambia, worthy of a holiday all on its own, but time is short. Malawi is home to the friendliest people I met in Africa, despite being one of the poorest (and at the time I visited, with one of the highest HIV rates amongst adults, now vastly improved). I’ll never forget their smiles. Lake Malawi (as you probably know, the ninth biggest in the world, with the largest variety of fish) is suitably impressive. We also got off the beaten track, visiting villages where anyone under 10 had never seen a white face. More smiles!

We whizzed across Tanzania, heading for the delights of Zanzibar. Known as the Spice Island, it’s home to luxurious resorts and beautiful beaches, and is an excellent value alternative to the other islands of the Indian Ocean. A spice tour is well worth it, as is exploring Stone Town, a World Heritage site. Back on mainland Africa, we drove via Lake Manyara to the spectacular Ngorongoro Crater. One of my favourite places in Africa, it was formed over 2 million years ago when a volcano collapsed in on itself. About 20 miles across, it’s a haven for an incredibly dense concentration of wildlife. The highlight was a pride of lionesses (not a male lion to be seen!) trapping a herd of zebra by a lake, then panicking them into stampeding past other lions waiting hidden in the bush. Truly epic game viewing!

We hopped over into Kenya (another interminable border crossing, with toilets that had to be seen to be believed), and next was a quick tour through the vast open plains of the Serengeti followed by a visit to a Masai village. After showing us around the village, and having met his two wives, our Masai Warrior took us to the local school to meet the headmistress. While she chatted away, he leant his spear up against a computer, and logged in to Facebook. The world is changing! Finally, 8 weeks after we set off from Cape Town, we arrived in our final destination, Nairobi.

I was thinner, browner, and with a far greater understanding of African life than when we set out. It’s an amazing continent, this wasn’t my first visit, and I’ve been back since. If you’ve yet to be tempted, I hope this helps. You won’t be disappointed. 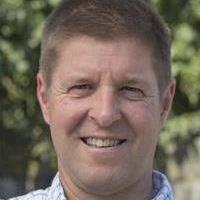