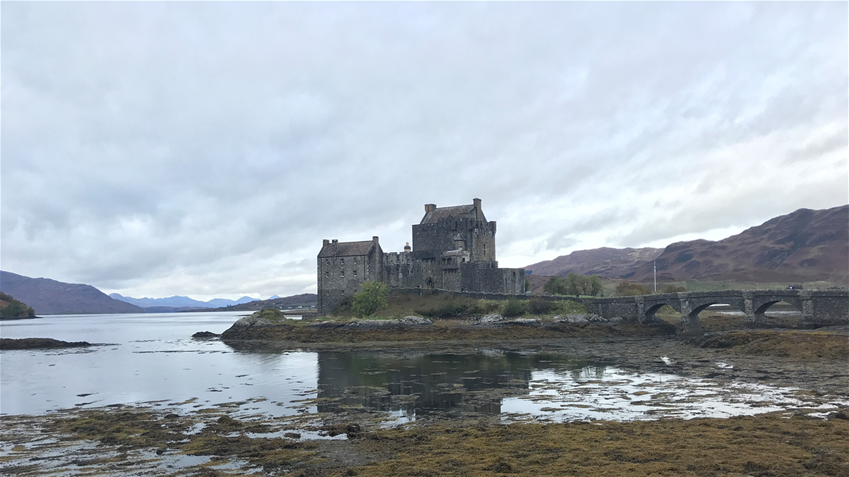 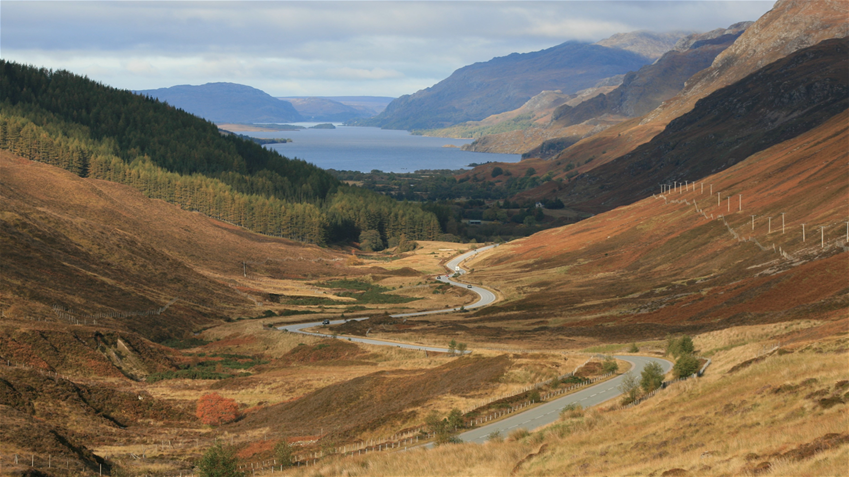 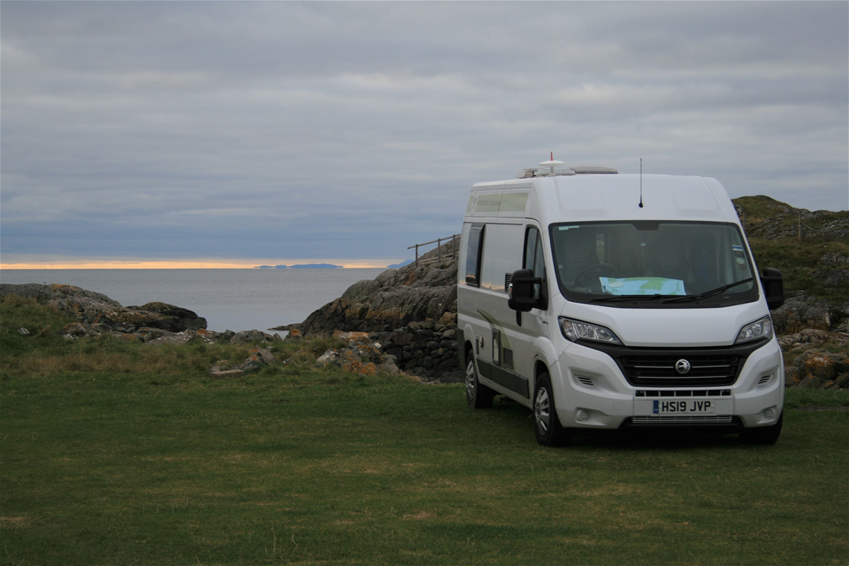 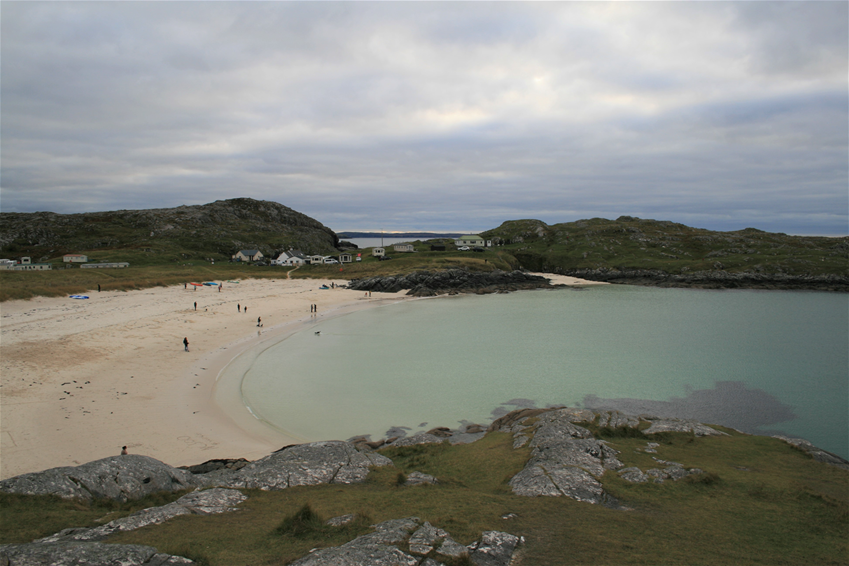 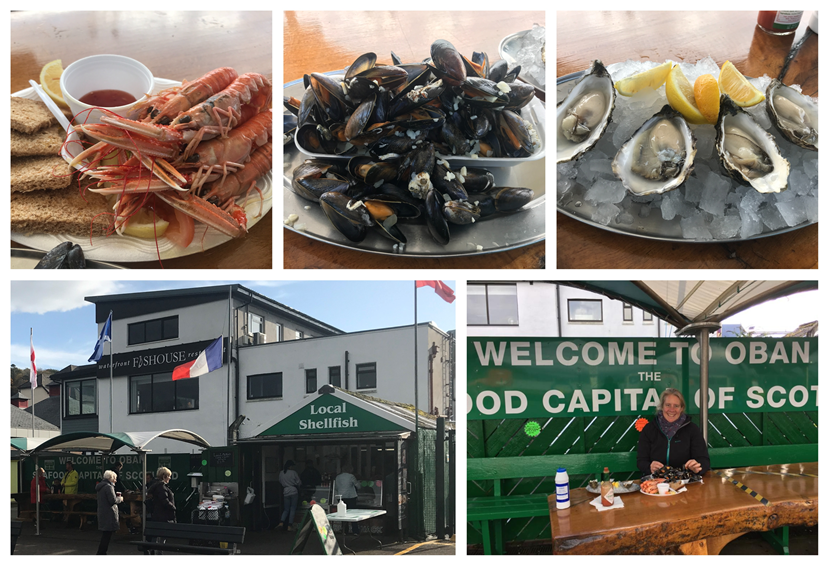 With 2020 ‘the year of the staycation’ we decided to embrace a Scottish autumnal roadtrip and hiring a small campervan, headed north!

Arriving to the Cairngorms we navigated the 90 mile ‘Snow Roads’ traversing the 2 highest roads in the UK, the Cairnwell and Lecht Passes, and with (responsible) wild camping accepted in Scotland, spent our first night outside Balmoral Castle. Autumn in The Highlands is magical, with the deep valleys vibrantly clad in reds and browns, crystal clear thundering rivers and charming highland villages, such as Ballater where shops proudly display their Royally Appointed plaques.

Home to over 50 whisky distilleries, the neighbouring Spey Valley has a distinctive aroma in parts and whilst many distilleries were sadly closed, we were able to pop into the Glenlivet distillery for a ‘sniff test’ (covid rules banned alcohol consumption onsite) and recommendation to visit the nearby Abelour Larder, where we stocked up on delicious local produce.

Following a night camped on the shores of Loch Ness, we struck north to the ‘North Coast 500’, the 516 mile route from Inverness around Scotland’s north and west coasts to the infamous Bealach na Bà. I would recommend driving the route anticlockwise, as whilst the east coast offers interesting sights, such as Dunrobin Castle, Whaligoe Steps and of course, John O’Groats, I felt the most impressive scenery was from Dunnet Bay onwards. Also, do not be afraid to stray from the official route, for example we very much enjoyed watching the Atlantic salmon jumping upstream at the Falls of Shin.

Twisting along the north coast, the road reveals never-ending fabulous beaches including Bettyhill, known as one of the best surfing spots in the UK and Ceannabeinne where some entrepreneurial locals have set up a fabulous zip line across the bay. There are also many delightful hamlets, which if looking for accommodation, I would suggest to stay rather than the larger towns. We particularly liked Dunnet Bay and Tongue, under the watchful eye of Castle Varrich.

Smoo Cave at Durness is fun, accessing via steep paths carved into the hillside and revealing an exciting thundering waterfall inside. Nearby is the slightly hidden John Lennon memorial garden, paying tribute to the song ‘In My Life’ following his childhood holidays in this remote corner.

As the road turns to head down the west coast, be prepared for epic Scottish spectacularness! Weaving around stunning lochs and magnificent coastline, the route passes through pine clad valleys and remote lunar landscape, dominated by steep hills and Munros. Primarily twisting single track road, there is no rushing and a good job, as the scenery is simply breathtaking.

Camping overnight at Blairmore we were in prime position for the 9 mile round walk to Sandwood Bay. Often named one of the best beaches in the UK, Sandwood is only accessible by foot and having set out at first light, we had this incredible beach completely to ourselves for our bacon sarnies and thermos tea – glorious!

A split second decision to turn down the narrow B869 around the Assynt peninsular made for one of the best 24 hours of our trip. Through stunning wild country, the single track darts in and out of the coast, over steep climbs, through gaps in rock narrow enough to make you breath in and dotted with lone crofts and tiny settlements, it is a remarkable drive. Overnighting at the stunning Achmelvich Bay, we enjoyed a stroll along the golden sand and around the headland to admire the crystal azure water, before a fine feast of fish and chips watching the sun set over the Outer Hebrides. The following morning we called into the nearby Lochinver Larder and can confirm their pies are worth the awards!

Whilst only the UK’s third highest road, the Bealach na Bà is billed as the scariest to drive. Single lane for most part, the road winds steeply to the summit, offering fabulous views across Rassay and Skye. Descending the other side reveals hairpin bends with exciting drop offs and we were pleased to be tackling the pass early, before it got busy.

One of Scotland’s largest islands and accessible by bridge, Skye has an interesting landscape, with the Cuillin Ridge said to offer some of the finest mountaineering in the UK. The jagged mountains are spectacular backdrop to the mighty sea cliffs spouting waterfalls. We enjoyed the southwest of the island most, slightly off the beaten tourist trail and home to the Talisker distillery, tucked away on Loch Harport.

Described by a well known guidebook ‘Scotland’s most famous glen is also one of its grandest and – in bad weather – its grimmest’ we unfortunately arrived to Glen Coe in torrential rain and whilst calling it ‘grim’ might be a little unfair, I don’t think we saw it at its best! We decided hiking to the Lost Valley (or Hidden Valley, depending who you speak to) would sadly have to wait until another visit, but did enjoy many fabulous waterfalls.

Whilst we were primarily visiting Scotland for the natural beauty and wilderness, we were pleasantly surprised by some of the smaller towns, particularly Ullapool and Oban. Both based around pretty harbours and offering fabulous seafood shacks, we feasted on some of the best seafood ever! Ullapool’s West Coast Delicatessen is also worth a visit, particularly for their highland cheese selection. Oban interestingly houses one of Scotland’s smallest distilleries, hemmed in by water, rock and town, but still offering a large range of whisky and following a brief tour, we were given wee drams straight from the barrel!

We loved the freedom of exploring by camper and the amazing ‘off grid’ wilderness. Our van was 6m and I would recommend the smallest vehicle you are comfortable in, as whilst possible to bypass the narrower roads, these were the parts we enjoyed most and would not have been keen tackling some areas in anything much larger.

If camping is not your thing, there are many fabulous hotels and B&B’s, from cosy crofts to Scottish castles and we did treat ourselves to a night at the Stonefield Castle Hotel, set in beautiful woodland gardens on the banks of Loch Fyne. We also indulged in lunch at The Torridon, featured in the BBC series ‘Amazing Hotels’, offering relaxed luxury with fabulous hotel grounds leading down to Loch Torridon, a resident herd of adorable highland cattle and outstanding locally sourced food.

A fabulous trip and I am already planning our next highland adventure, to include the Outer Hebrides.