Land based cruising in the Galapagos 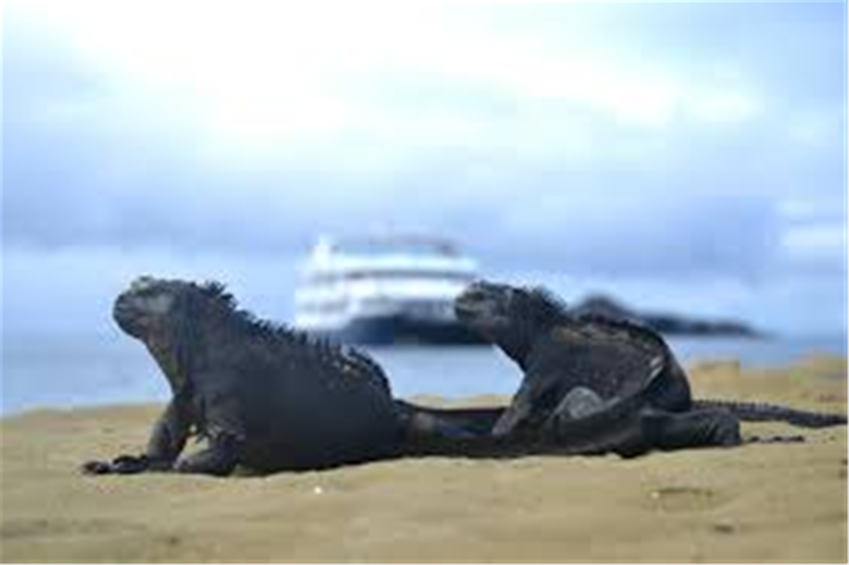 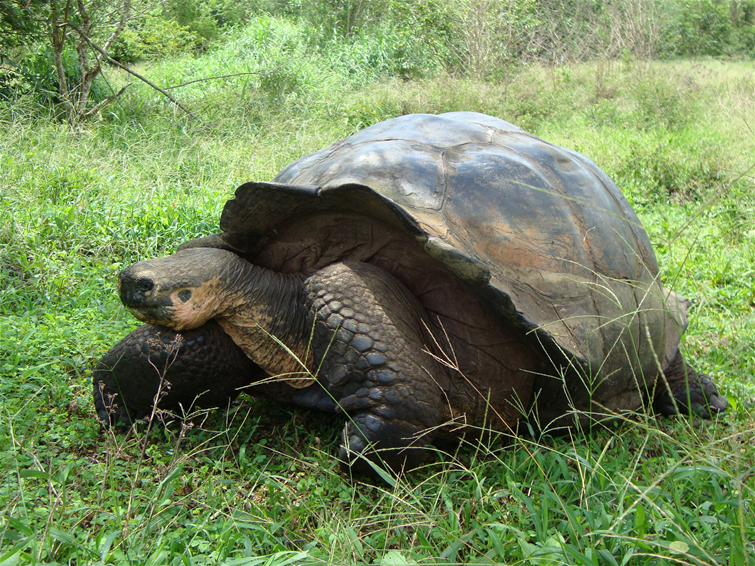 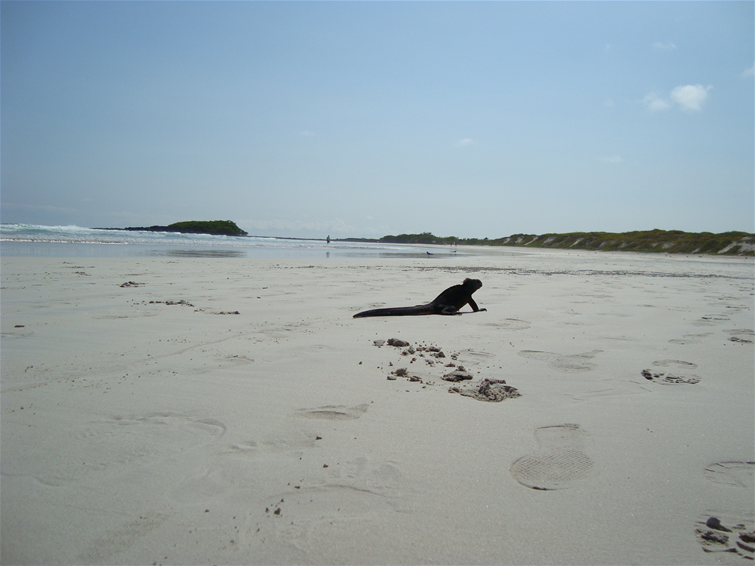 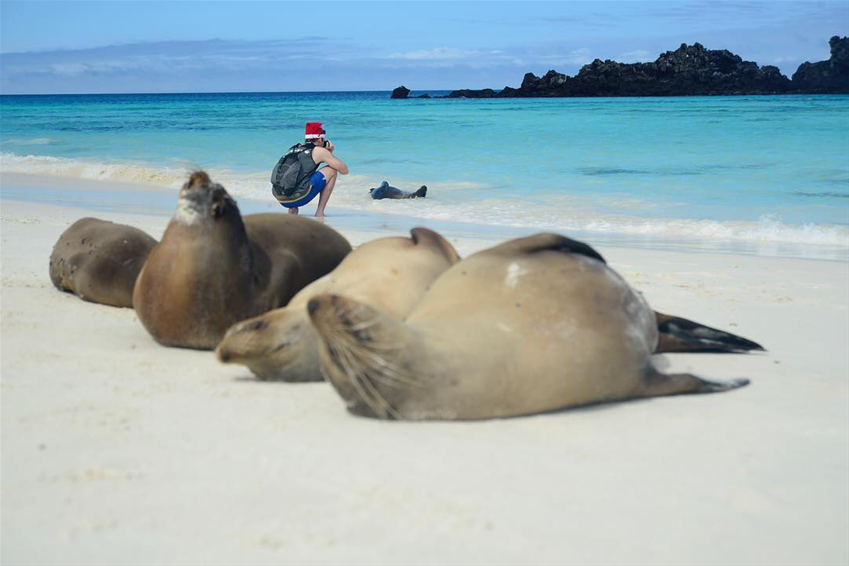 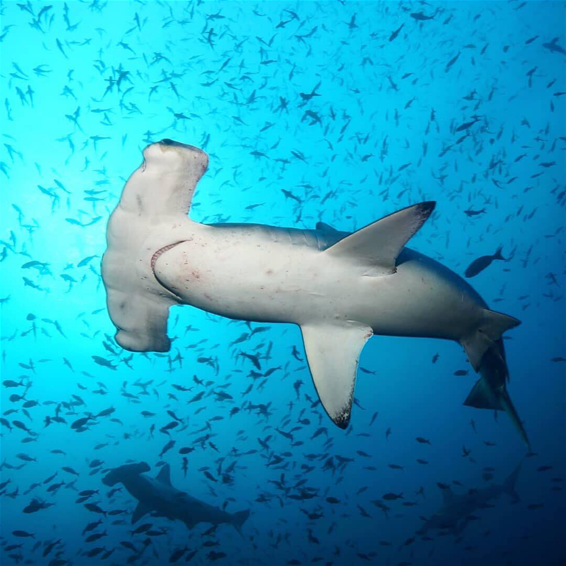 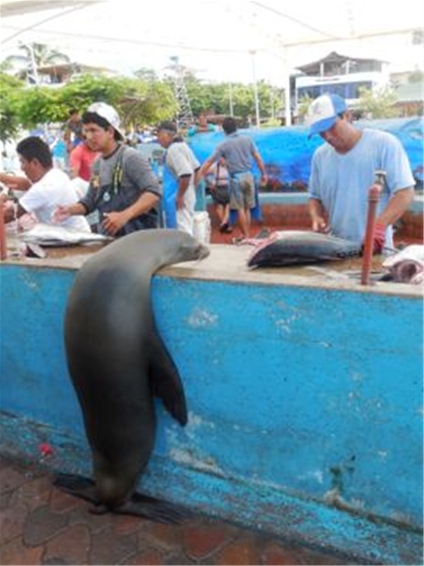 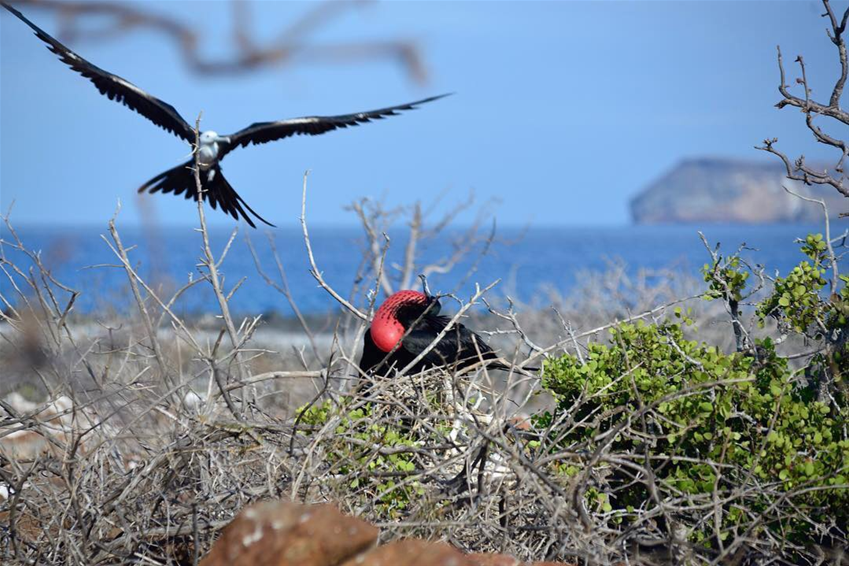 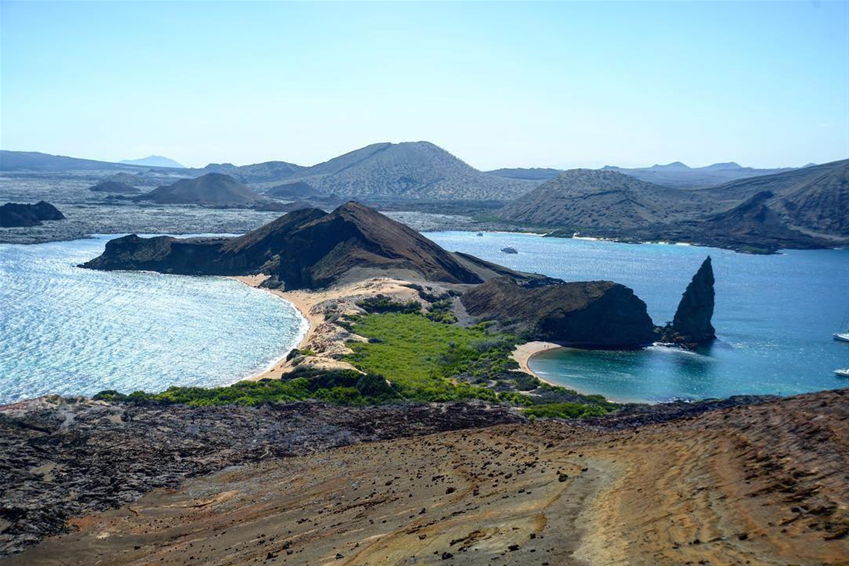 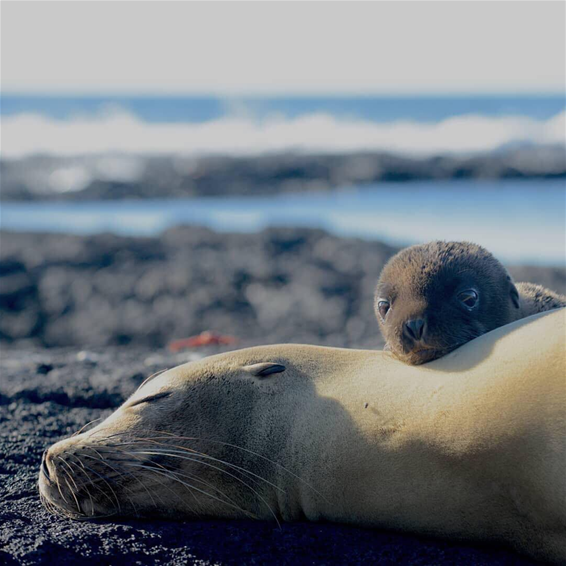 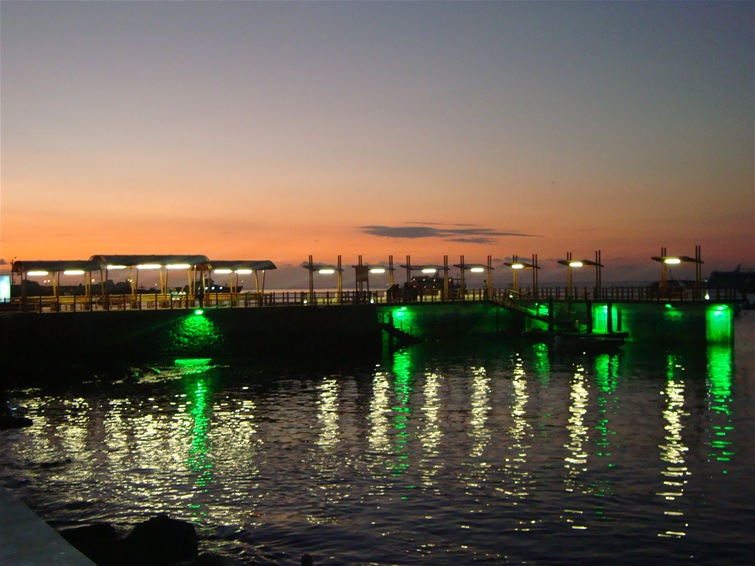 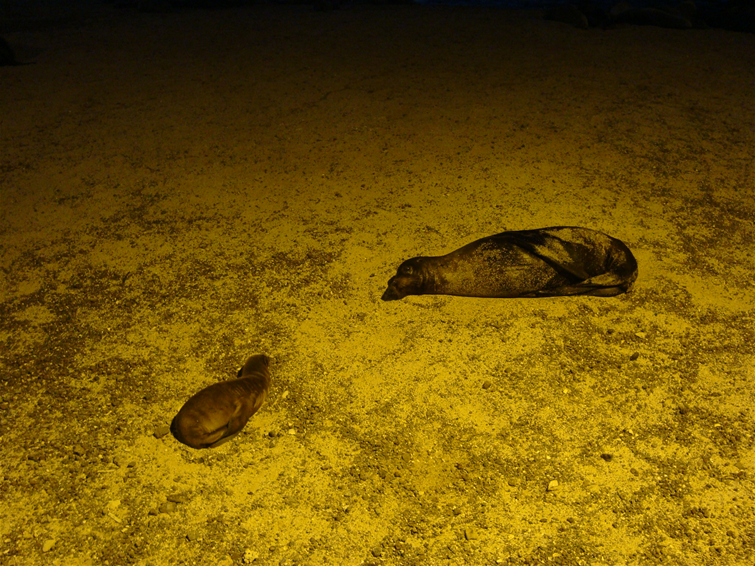 The Galàpagos Islands, an archipelago of 14 islands 1000km off the coast of Ecuador, is described by UNESCO as “a living museum and showcase of evolution”, being home to more than 100 species found nowhere else on earth. For most, the mere mention of the Galápagos conjures up images of giant tortoises lumbering across the volcanic landscape and various other species cavorting lovingly with tourists on deserted beaches. It’s sometimes a surprise to learn that five of these islands are also inhabited by a soaring human population; government workers, fisherman, tour operators, teachers, refugees from the mainland, dreamers and scientists all call the Galápagos home. Around 30,000 of them. A few years ago I was a volunteer on San Cristóbal island for a few months, living with a family, and more recently I have been lucky enough that my work took me back there twice.

The Galàpagos archipelago is also synonymous with cruises, but over the last ten years, a new way to explore the islands has been steadily growing land-based cruising.

What happens on a land-based cruise?

Flying in from Quito or Guayaquil (mainland Ecuador), you will spend a few days on each of the main islands, travelling between them and to smaller islands by speed boat. Whilst on each island you will discover its highlights – you could be climbing the Sierra Negra volcano on Isabela, penguin spotting on Tintoreras, searching the highlands for Galàpagos Giant tortoises on Santa Cruz or taking a boat around San Cristóbal’s wildlife-rich coastline.

You'll be able to observe the famous Galàpagos marine life along the way, and have the opportunity to go snorkelling or diving with sea turtles, eagle rays and the harmless Galàpagos shark, just to name a few.

Each night you will stay in a hotel or guesthouse on one of the islands and eat in local restaurants. Hotels in the Galàpagos are generally small family run affairs, simple but entirely comfortable. Some of them have small pools, but you won’t (thankfully) find any large resort style hotels here.

Why are land-based tours a good alternative to cruises?

The 70 odd cruise boats which sail the Galàpagos are required to stick closely to tight schedules as part of what is an operation of a military organisation (I know this because I once went to the HQ of operations and it was mind-boggling!). Because of national park regulations and size constraints passengers usually spend a set amount of time roaming each island, often under the parental gaze of a guide. Land-based tours use small hotels based on the main islands and offer you much more freedom. Choose where you eat each evening and decide what you do when. Wander along San Cristóbal’s ‘Malecon’ covered with sleeping sea lions, or the sand streets of Isabela, hang out at the beach bar or take an early morning stroll to watch Santa Cruz’s amazing fish market coming to life. If you are travelling with kids they will have more space and freedom to run around, not to mention not having to constantly worry about them being on deck on a boat. Sleeping in a real bed with a proper bathroom which will not be prone to swaying at night could also be conceived as a bonus!

2. Live with the locals.

Participate in the daily rituals of the Galapagueños. In the Galàpagos there are 50,000 sea lions and 20,000 people. How do they co-exist? Staying in a small guesthouse you will be one of the very few people who get a unique insight into the life of a Galapagueño. What is life like for these families who live 1000km away from the mainland in a place where gas, cheese, newspapers and beer can only arrive by boat?

3. Don’t just view the wildlife, live alongside it.

Cruise boats may visit more small islands but at each stop, you will be guided off the boat, shown the wildlife and guided back on the boat. On a land-based tour, you experience living alongside the magnificent creatures for which the islands are famous and get a fuller understanding of the islands’ natural habitats. Wander by yourself through the lava-strewn trails to Tijeretas Look Out on San Cristóbal, where the frigate birds circle above, long after the cruise boats have packed up and gone. Take a quick dip at the beach and marvel at your new companions as sea lions and turtles play around you. Sit, alone on the beach and watch the world’s only sea-going lizard motionless on the rocks, and then trip over a sea lion on the way back from the pub. Its these totally unique moments which you will remember when you get home.

Although you will be land-based, you will still be able to take day trips to the uninhabited islands such as North Seymour and Bartolome where you can kayak with sea lions and snorkel with turtles. Only a serious wildlife photographer or a biologist would really need to see some of the more remote islands and subspecies.

4. Contribute to an economy in need.

By staying in locally owned hotels, eating in locally-owned restaurants and buying from family-run shops, your money will be going directly into the pockets of those who should benefit the most. Ecuador is a developing world country fraught with corruption. Many of the cruise boats are foreign-owned, and you may find that the vast majority of your tourist dollars are barely touching the local economy. Every tourist who visits the Galàpagos pays $100 park entry fee which is split between the national park, local government, and marine protection department. When you support the local business you are doing much more than this, your money may, for example, contribute to educating the next generation of these precious islands on how best to preserve them.

5. Sea Sickness and the Galàpagos.

If you are one of those unfortunates (like me) who cannot experience the open seas without getting way too close to the toilet, then land-based tours are definitely for you. The Galàpagos islands are situated in the middle of the Pacific where seas can be rough. On a land-based cruise you will still travel by boat between islands, however, you will spend much less time at the mercy of the waves. The waters are at their calmest between December and March which coincides with the time that sea temperatures are also at their highest.

Is the Galàpagos on your bucket list? Get in touch to find out how you can experience one of the world’s greatest destinations for yourself.