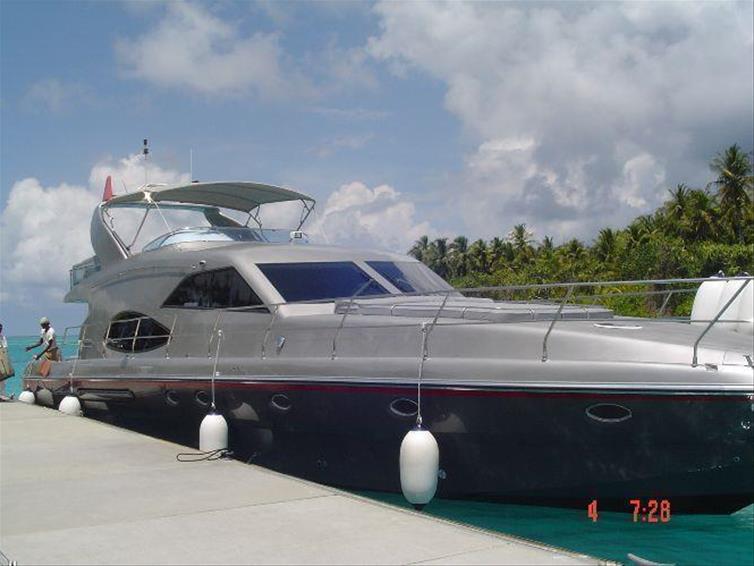 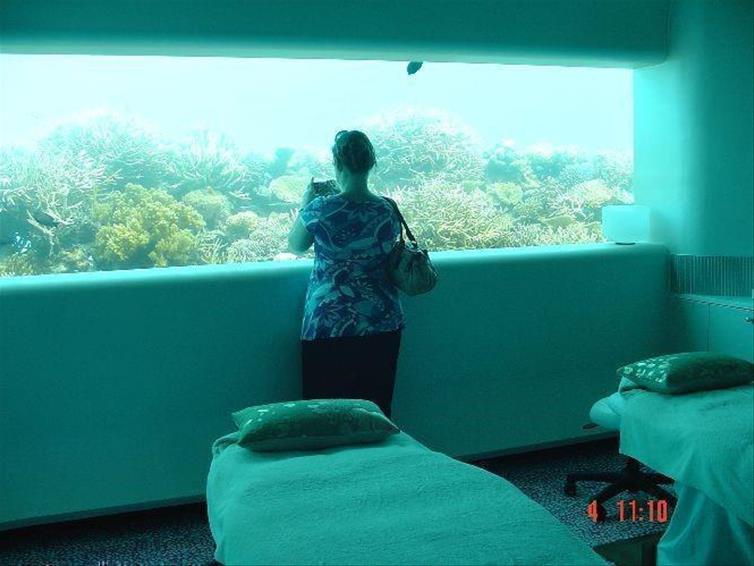 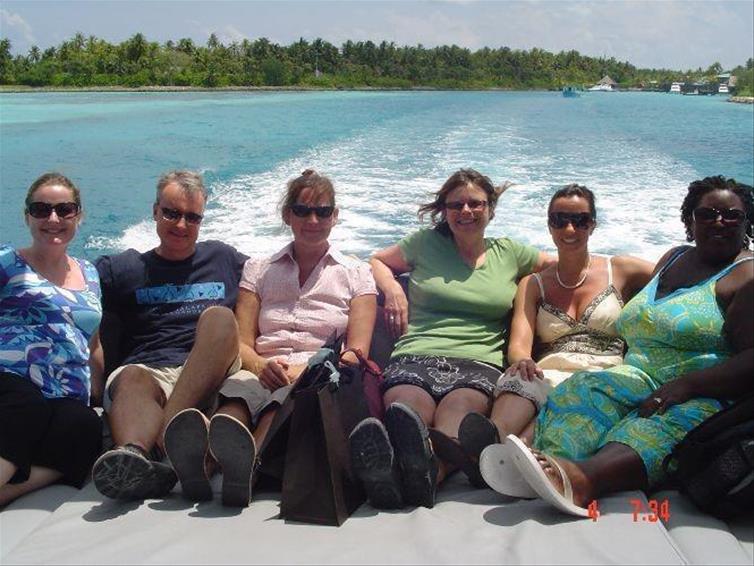 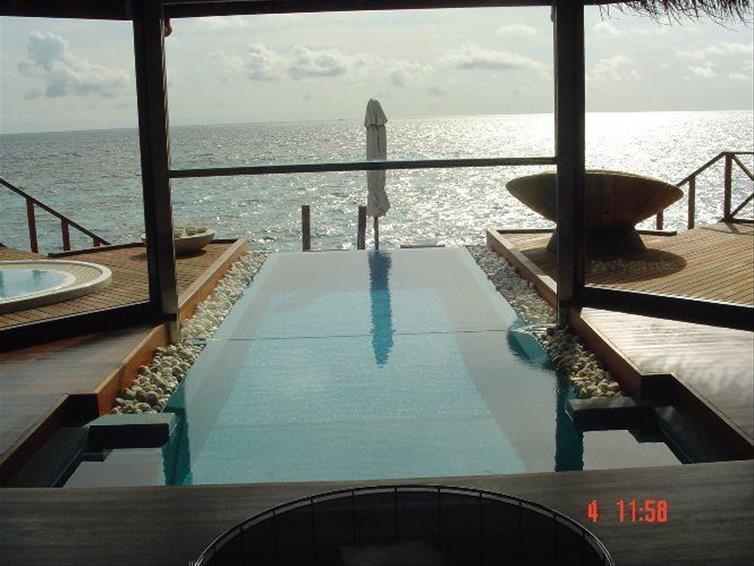 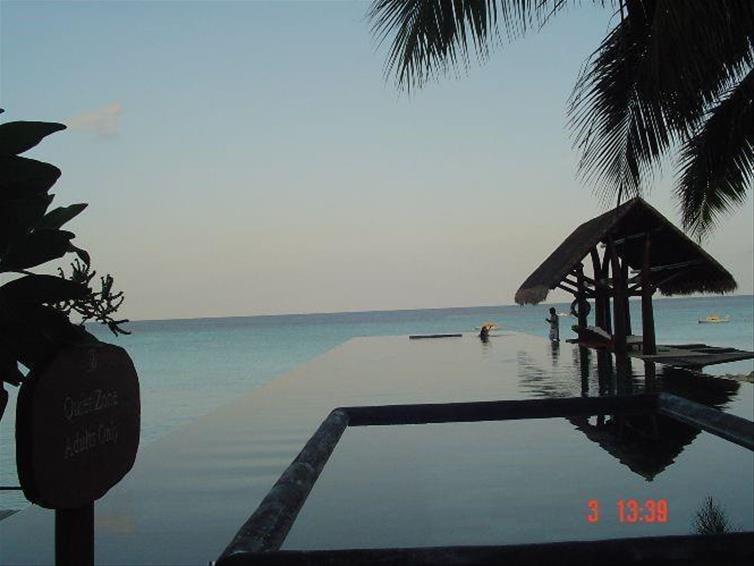 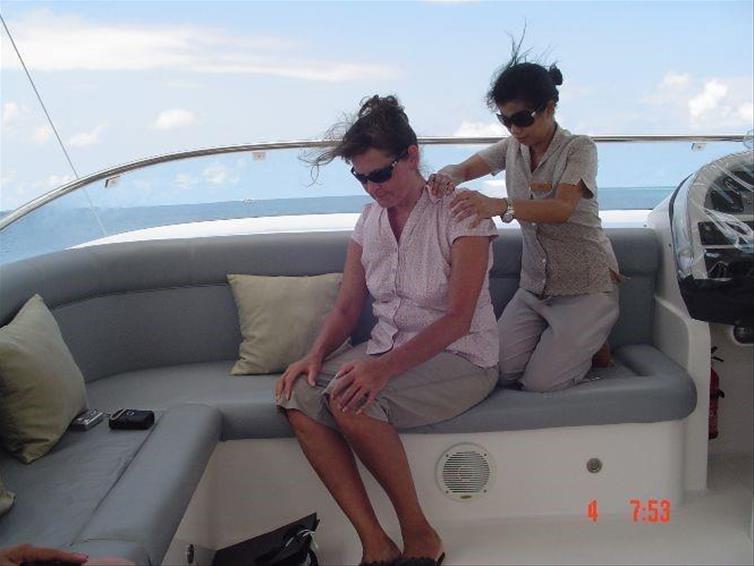 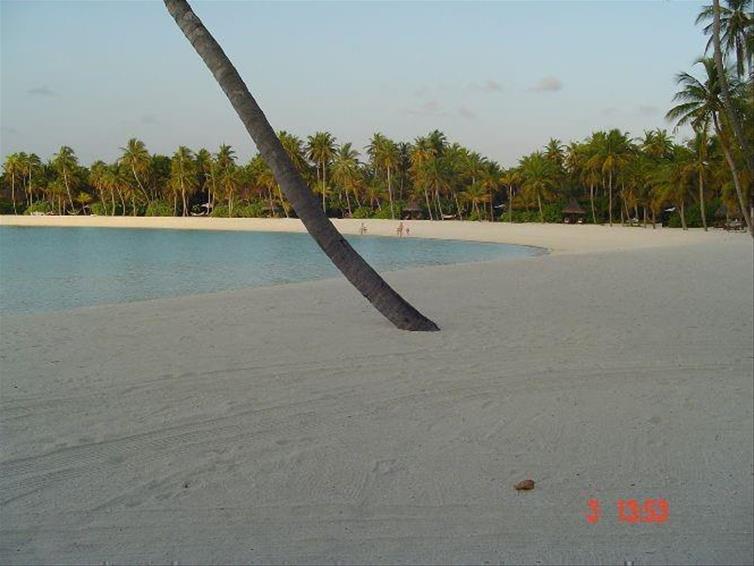 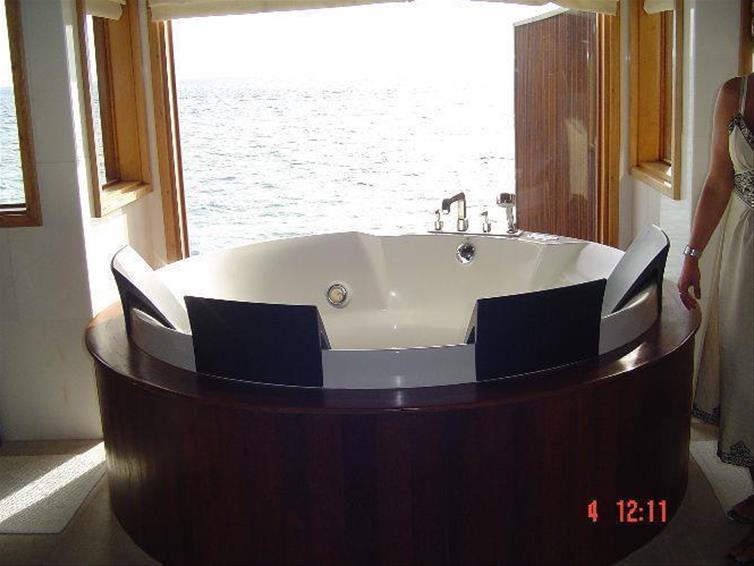 One & Only Reethi Rah is huge in comparison to the other islands we had been to. Two thirds of the island is man-made and has been reclaimed from the Ocean. It has 130 rooms & villas but there is at least 65ft between each accommodation which helps to maintain a spacious feeling.

On arrival at your villa, you are introduced to your Villa host who performs a foot bathing ritual with essential oils to soothe tired feet after a long journey. I had a Duplex Villa which was just beautiful, decorated in dark wood and red with really high ceilings and the tallest mirror you’ve ever seen. Each villa has two bicycles which can be fitted with children seats (drive on the left) or you can still use the buggies.

We dined on Arabic food in Fanditha’s which was delicious and then spent the evening in a chill out space on large cushions scattered on the sand with a DJ spinning the decks.

The next day our final host island Huvafen Fushi sent their luxury yacht to pick us up, complete with 2 masseurs from the island SPA who performed quick massages on the 20 minute transfer. This can be booked as an upgrade to the usual speedboat transfer but is pricey at US$2000. On arrival at Huvafen Fushi I was shown to my room, a deluxe beach villa with large deck directly on the beach. There was a plunge pool in the private courtyard that houses the outdoor bathroom area. There is an abundance of foliage could put some people off but torches are provided for night time as the lighting across the resort is deliberately low-key.

Huvafen would suit a hip and trendy clientele, with their music systems in the rooms that can also be heard via speakers in the outdoor bathrooms and music also seems to permeate throughout the whole resort. Huvafen Fushi has the worlds only underwater SPA where you're outlook is the bottom of the Indian Ocean and the natural coral.

We were taken out on one their luxury Dhoni boats which have been re-vamped into one bedroom units and be combined with a stay in a beach bungalow. That evening, we had dinner at Salt, a fine dining restaurant where the food is prepared in front of you.

Next morning, it was time to pack the suitcase for the last time and wave farewell to Huvafen Fushi and all the Maldivian islands we had visited over the previous 7 days. From the luxury yacht, we waved goodbye to Baros as we passed by on our way back to Male airport.

Quick Facts Currency – Maldivian Rufiyaa but US$ is widely accepted Religion – Muslim nation so no topless sunbathing! Islands – over 1000 spread North to South in the Indian Ocean