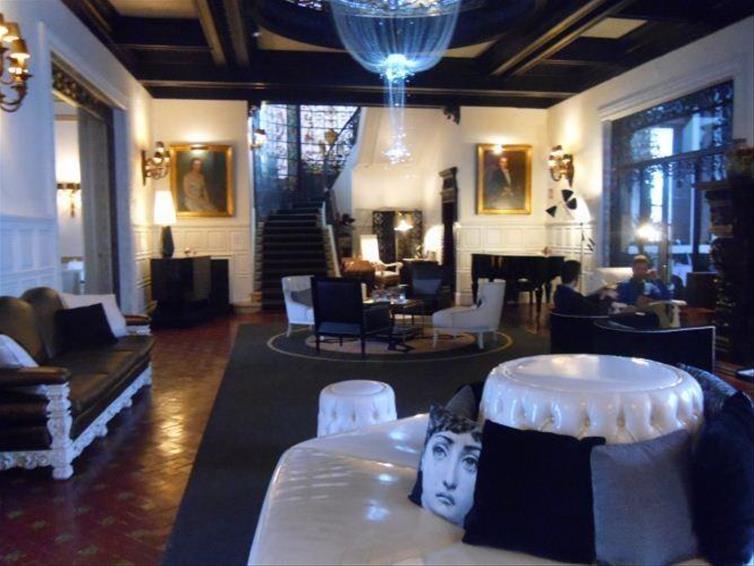 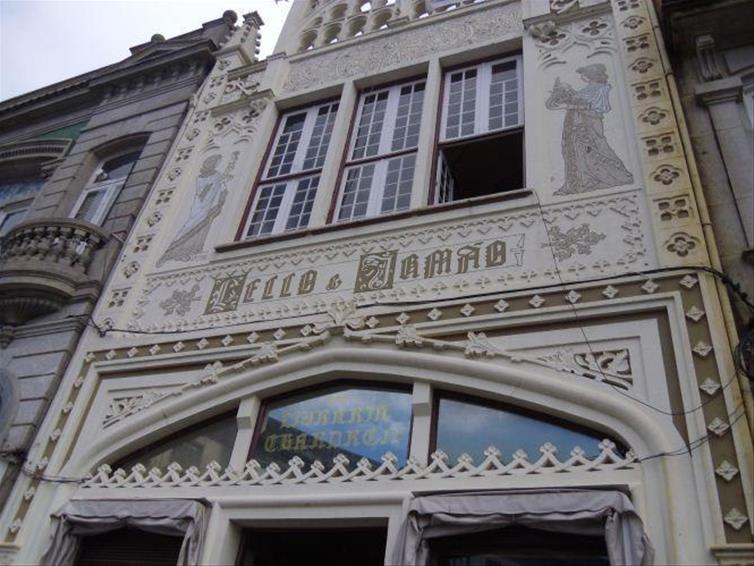 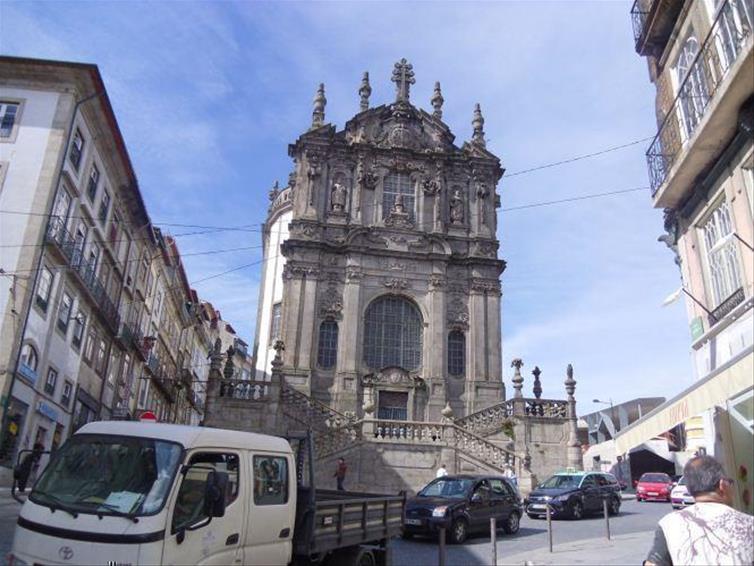 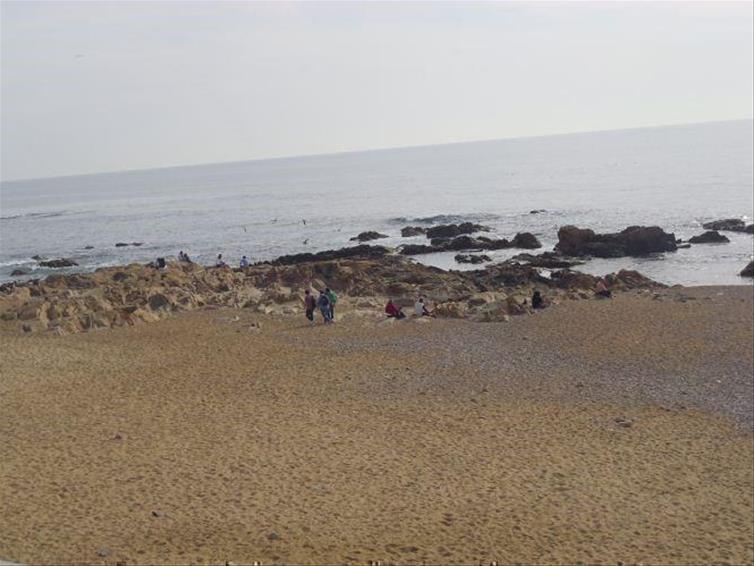 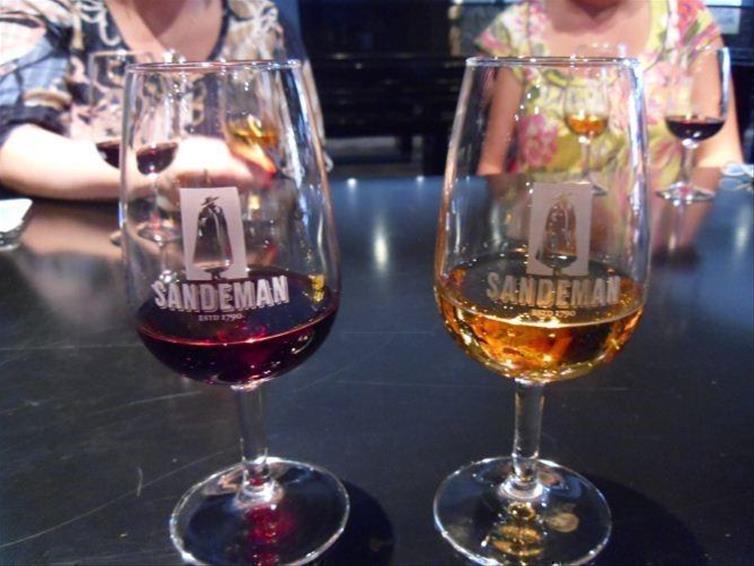 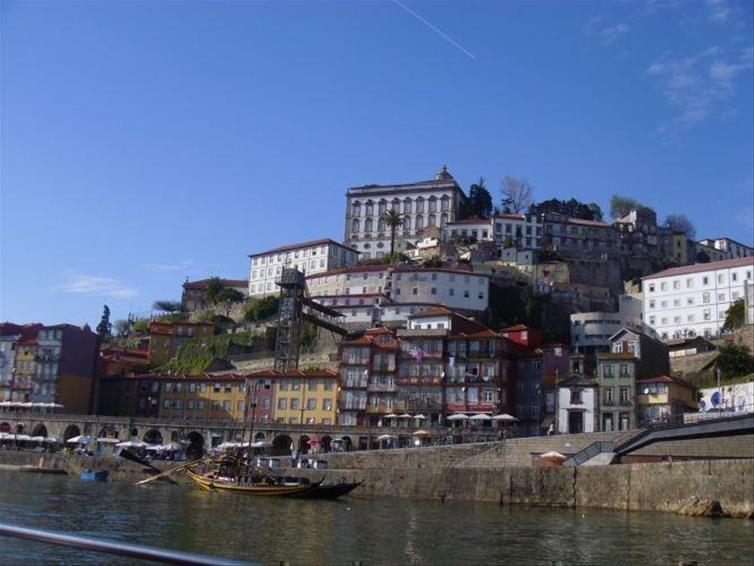 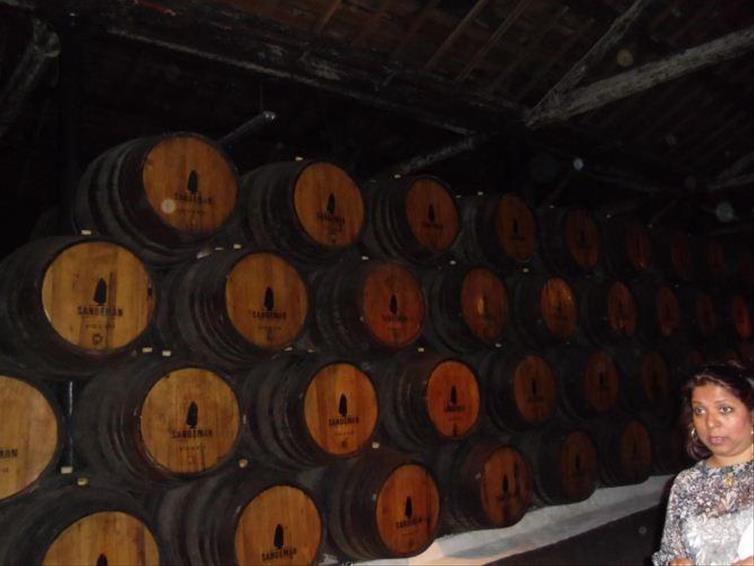 I’ve just got back from a great city break – Porto. Situated on the North coast of Portugal, this fantastic city has so many things going for it. It’s only 2 hours from London, is in the same time zone and has been a UNESCO World Heritage Site since 1996.

Porto is very hilly but is quite compact and if you’re fit, the best way to get around is on foot although there is a metro system, trams and a hop-on hop-off sightseeing bus tour.

The Portuguese have some wonderful restaurants and really tasty food – of course being on the coast, fish is a staple diet and they have a million different ways of cooking fish.

We started off the weekend by wandering through the City’s many art galleries and curio shops and found a lovely Tea shop which hid a beautiful Tea Garden at the back where friends sat round on big cushions with tea and cake.

On the Friday morning, we started a 4 hour walk around the city by visiting the third most beautiful bookshop in the World – Livraria Lello. It has the most beautiful staircase, rumoured to be the inspiration for the staircase in the Harry Potter movies. It is a fully functioning bookshop and so unfortunately taking pictures are forbidden.

We also visited the Stock Exchange Palace, which is a very unassuming building from the outside but as you make your way through the building the rooms get grander and grander until we got to the Arab room and WOW!!! Decorated with intricate gold Arabic writing from ceiling to floor in a Moorish style – the room is used for receiving visiting Heads of State.

After lunch we crossed the Douro river on foot over to the Guia side of Porto. This is where all the Port Cellars are in a row. We visited Sandemans Port Cellar where we were taken on a short tour of all the barrels stored with Port grown from grapes in the warmer, sunnier central region of Portugal and transported to the coast to mature in the cooler temperatures. Some of the barrels are absolutely huge and hold hundreds of thousands of gallons. The tour finishes with an invitation to taste some of the Port – both white and red.

The afternoon was finished off with a lovely relaxing tour up and down the Douro River almost to where it meets the Atlantic Ocean…you get a really different perspective viewing the City from the water.

On the Saturday we drove 45 minutes further North to Guimaraes (pronounced Gimaraesh). A lovely little town voted European Capital of Culture 2012 and also referred to as the birthplace of the Nation. Guimaraes has gorgeous cobblestone streets with little shops, restaurants and bars and at its heart – Guimaraes Castle.

The city is awash with festivals and events celebrating its status and the Portuguese are certainly very proud of their city – everywhere you look, there is the logo to mark the European Capital of Culture, the ‘Heart’ whether it be in a window, on the façade of a shop or worn as a brooch.

I really enjoyed my time in Porto and Guimaraes, it’s a fantastic region and a definite must for Port and wine loving 'Culture Vultures'.