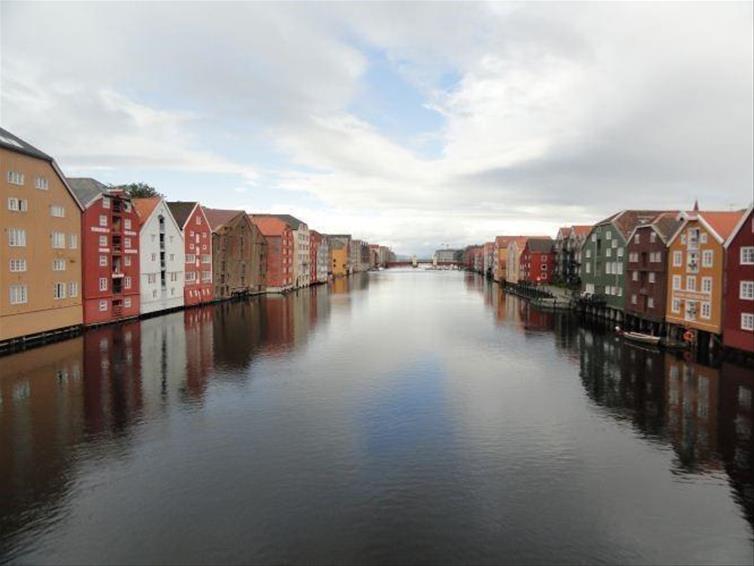 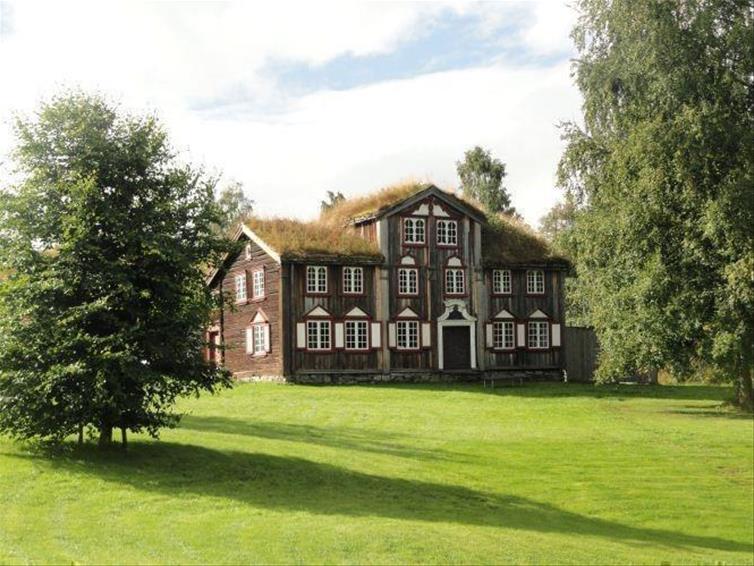 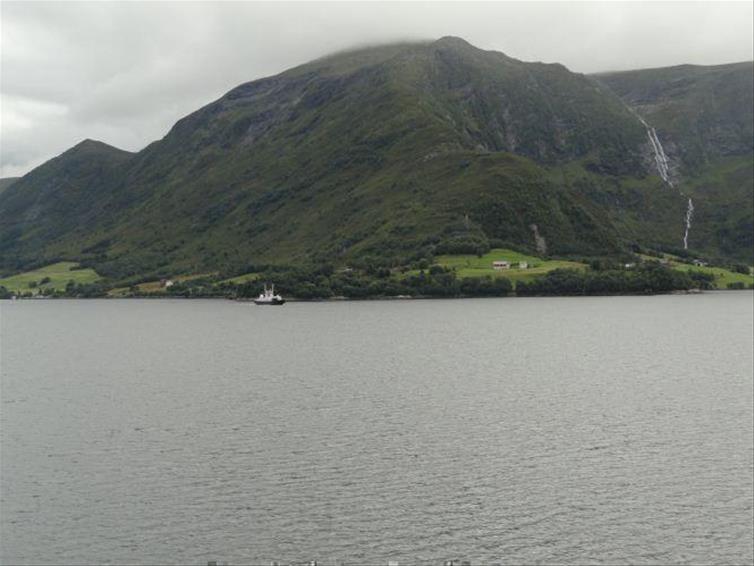 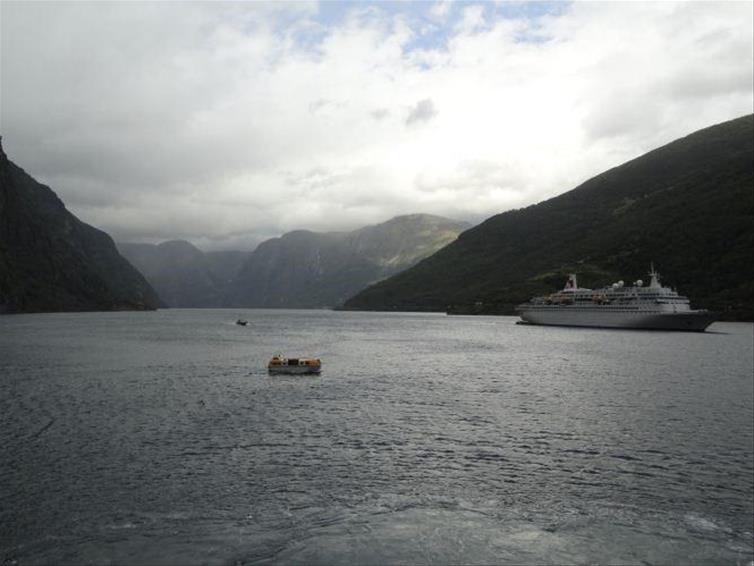 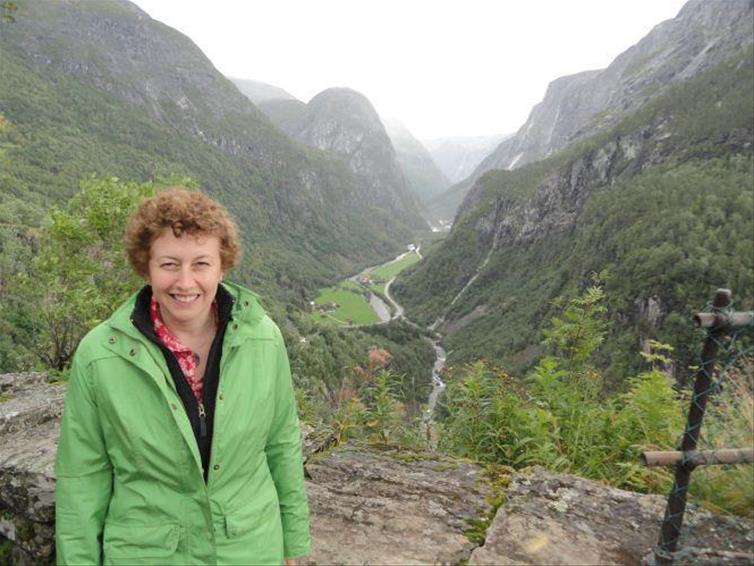 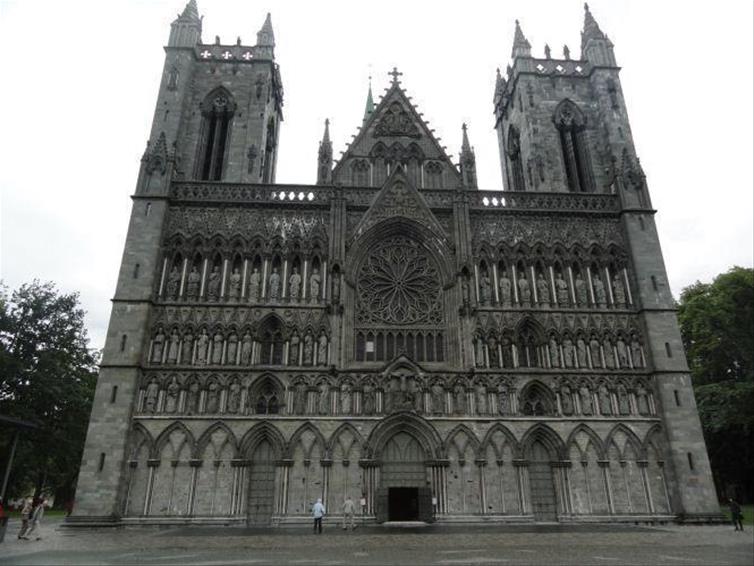 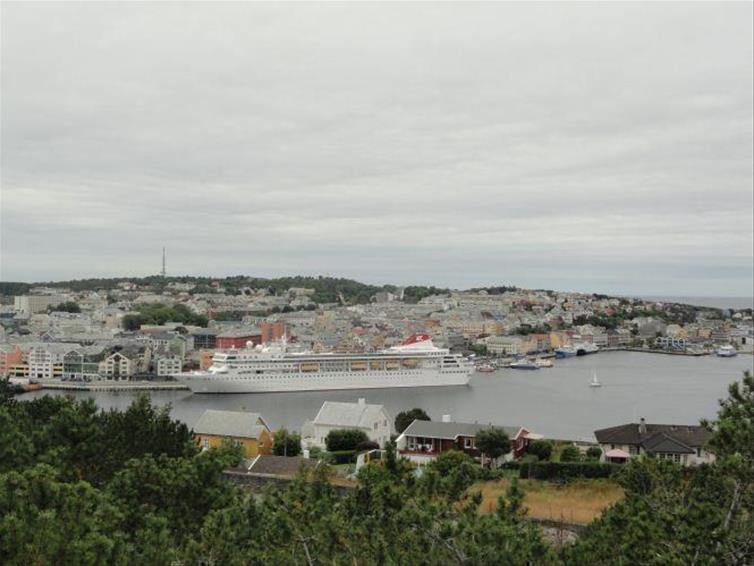 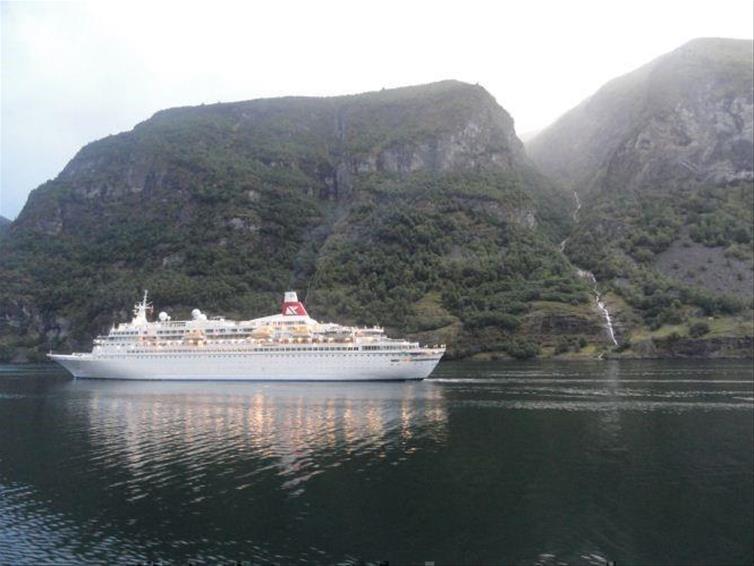 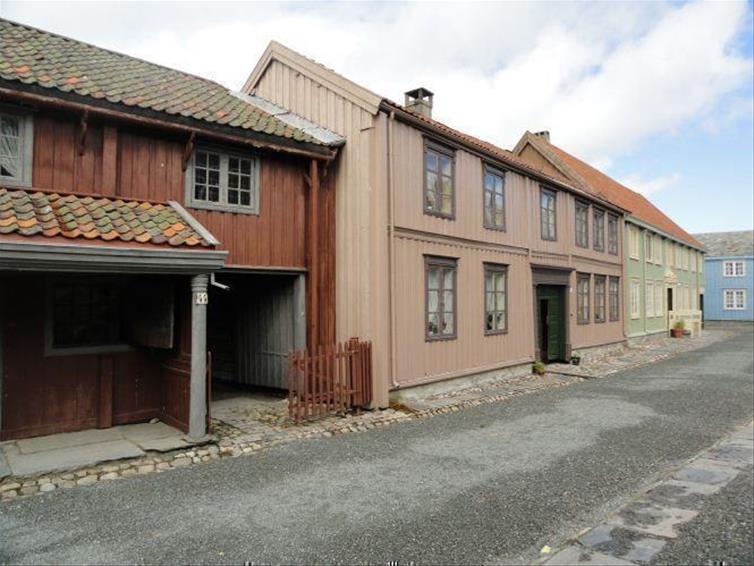 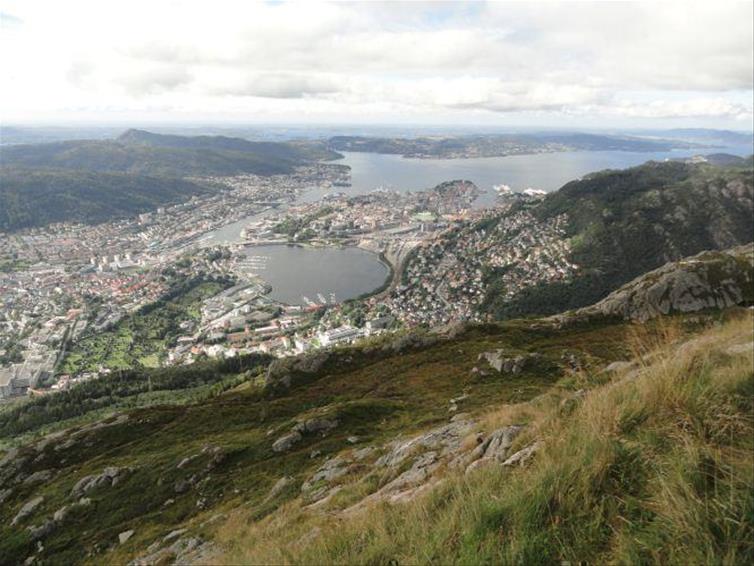 Once you get into the Norwegian Fjords there is much to see from the cruise ship. The extensive archipelago and the majestic fjords make for highly varied scenery. Waterfalls cascade down the mountainsides, snow glitters on the mountain tops and lush green pastures and lovely small villages line the fjords. Fishing villages and apple orchards cling to the shoreline. This is a land of contrasts, from gentle and mild to rugged and wild, all natural and unspoilt. Below are some brief details on each port of call I visited.

Bergen is known as the ‘gateway to the fjords’. A number of Bergen’s houses, which have been burned down and rebuilt numerous times over the last 600 years, are on the UNESCO World Heritage list. It is these buildings which give Bergen the alternative name of ‘the wooden city’. Perhaps the best way to appreciate Bergen and its lovely setting is to take the Fløibanen, the only funicular railway in Scandinavia, to the summit of Mountt Fløyen. The short ride takes you from the city centre to the viewpoint, which is also the start of a number of well-marked hiking trails into the surrounding forest.

Kristiansund is the cod capital of Nordmøre, famous for the export of salt matured cod. Catch the Sundbåten to the island of Innlandet and you’ll find the oldest parts of the town with its characteristic warehouses. Alternatively, you can walk to Varden, an old lookout post which stands 78 metres above sea level and offers spectacular 360 degree views of the shipping fairway, the island of Grip, the coastline, Kristiansund and the fjords.

In Trondheim, the folk museum (Sverresborg), Norway’s largest open-air museum, was well worth visiting. It has more than 60 antiquarian buildings from the region including a stave church from 1170’s as well as the urban setting of “The Old City”. Other attractions in Trondheim include the 11th century Nidaros Cathedral and next door is the Royal Residence which is said to be Scandinavia’s largest timber mansion. The old town bridge, the fine old buildings and quaint shops all make for a great day in Trondheim.

Ålesund suffered a great fire in 1904, and the architects who participated in its re-building were inspired by the “Art Nouveau” era. Fjellstua offers splendid views over the whole area and is reached by 418 steps from the town park.

Flåm lies on the shores of Sognefjord and, at a little over 120 miles long, its Norway’s longest fjord. Just outside Flåm is the Kjosfossen waterfall and viewpoint. The Flåm railway runs between Flåm and the mountain station of Myrdal on the Oslo to Bergen line, and is widely recognised as one of the most beautiful and steepest railway tracks in the world.

In Eidfjord, a most spectacular feat of engineering is the Sima hydroelectric power plant, one of the largest in Europe. The production hall itself is 200 metres long, 20 metres wide and 40 metres high - all inside the mountain! Also nearby is the Vøringfoss waterfall which, at 182 metres, is Norway’s highest.

My top tips for travel are…..

1) Between mid-June and the end of August is generally a good time to visit Norway. 2) As soon as you get off the boat in Bergen, go to the Mount Fløyen funicular station before the crowds arrive. You may want to buy a one way ticket and then you can walk back down. 3) If you travel on the Flåmsbana from Flåm to Myrdal, try and sit on the right hand side of the train. 4) Always take a raincoat or umbrella as the weather can turn very quickly! 5) It’s great to walk a mile or two around the ship each day, just to ease the conscience; after all you may be eating a lot more than you do normally! 6) Take some sea sickness tablets with you, just in case! 7) A small pair of binoculars may be handy for checking out passing ships. 8) If cruising isn’t for you but you’d like to see the Norwegian Fjords, you could easily stay in Bergen and do day trips out to the Fjords. Alternately you could fly into Bergen and spend four nights and then catch the train to Oslo and spend time here before flying home. This way you would take in the biggest and most popular train journey, making a great twin centre holiday.