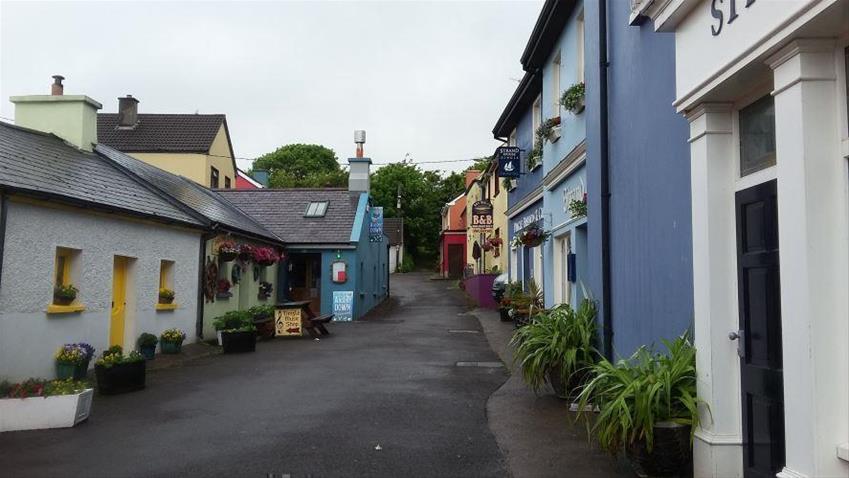 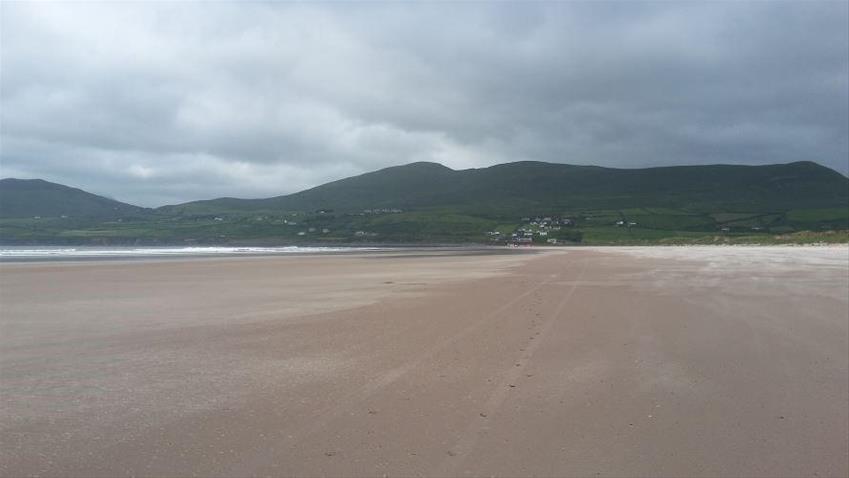 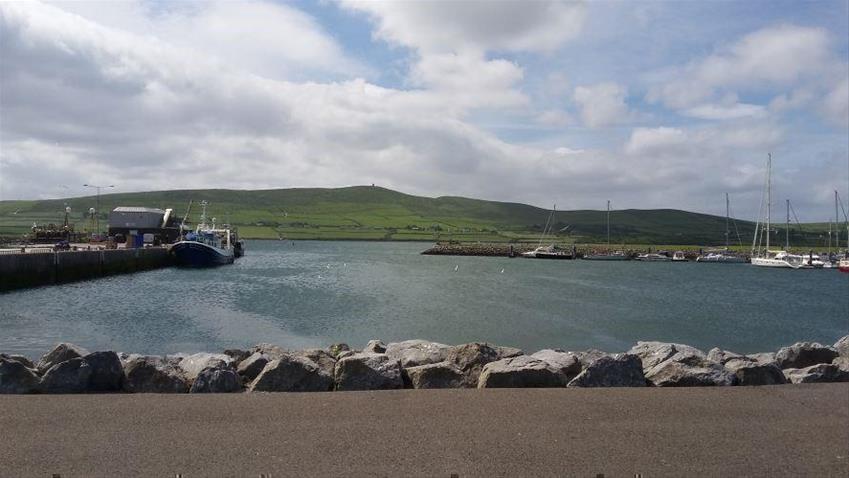 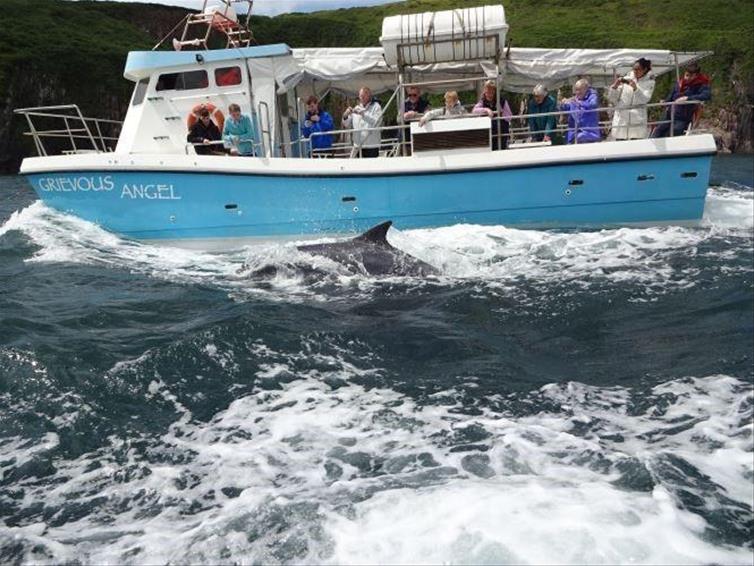 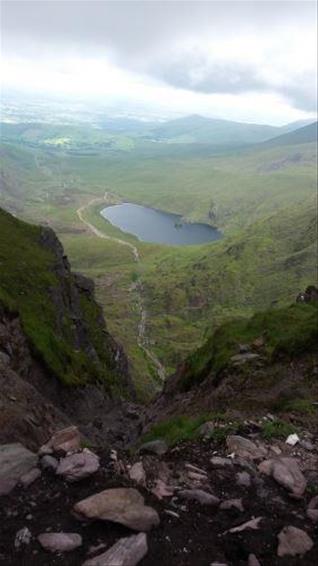 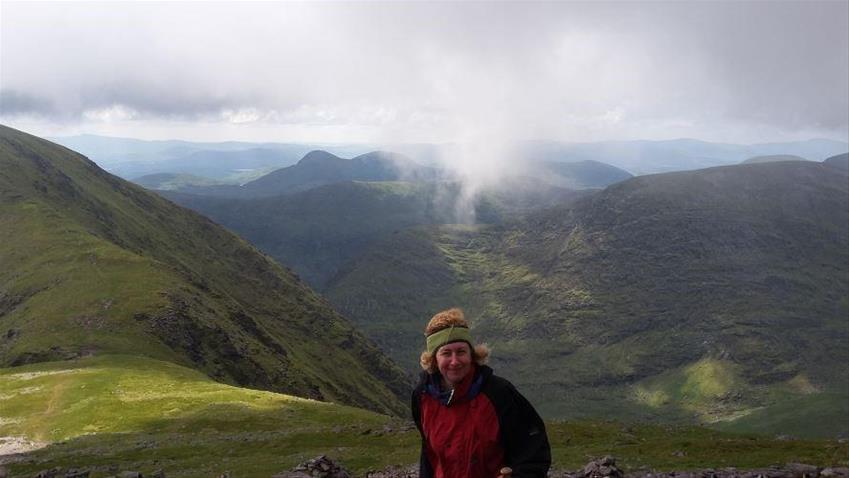 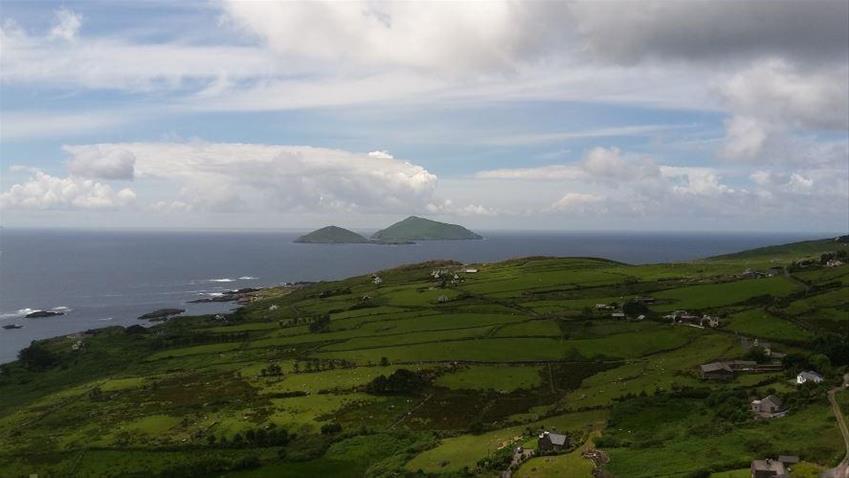 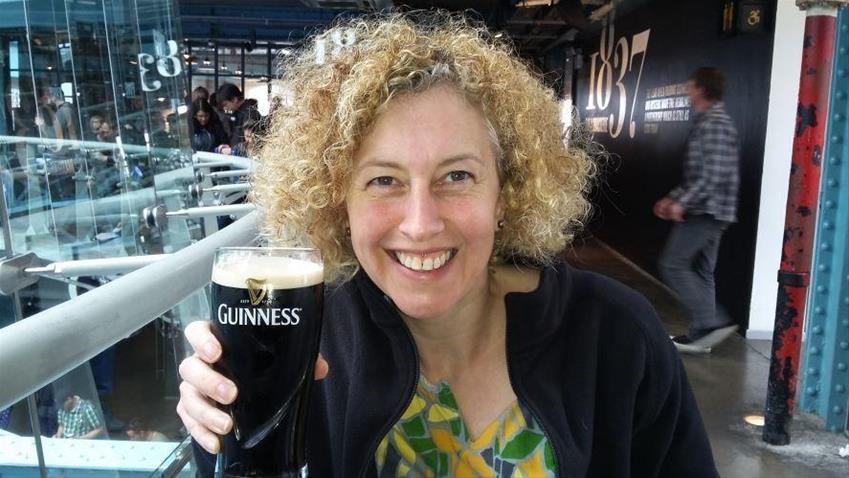 We took the ferry from Holyhead to Dublin Port and then drove down to the South West region of Ireland. I’d describe the area as mountainous, scenic, wild and with absolutely stunning beaches if the weather is kind enough for you to be able to use them. To visit this region Killarney would be a good base as you can easily drive to the main tourist sites from here.

We spent most of our time taking in the Dingle Peninsula and the Ring of Kerry. However once the cloud had lifted enough for us to see the Macgillycuddy Reeks mountain range we just had to walk up Ireland’s highest mountain at 1040m, Carrauntoohil. From the top the breathtaking views included the rest of the Macgillycuddy Reeks, the countryside and the coastline could be seen very clearly.

My favourite place was Dingle and the tourist attraction which I found fascinating was the Blasket Centre. The vibrant, colourful harbour town of Dingle is lovely and would be worth staying for a night or two if you have the time. A harbour cruise from Dingle is a great way of learning about Dingle, it’s people, their way of life in times gone by and you may also see ‘Fungi’ the friendly dolphin who lives in the harbour.

The Blasket Centre gives you a great insight into the most westerly-settlement in Europe and tells the story of island life before Great Blasket was finally abandoned in 1953. Its dwindling population could no longer be sustained. Boat trips across the Blasket Sound to Great Blasket Island let you explore this lovely, now-uninhabited island. (You’d need to enquire and maybe book in advance).

The Ring of Kerry

Famed for its vistas of sea and mountains and sheer abundance of natural beauty, this is a very popular tourist route with much to see and do. Stop for a wonder around Sneem, a quaint pretty village built around a picturesque green. As you travel around and come to Kerry Cliffs, you see a spectacular view of the Skellig Michael Islands. Skellig Michael is a UNESCO World Heritage site with a well preserved monastery and a remote hermitage perched on a rock in the Atlantic. If you want to visit by boat, you generally need to book in advance.

Killarney Town has lovely little Victorian lanes that branch off from the main street which are great for wandering around, plus there are lively pubs with many playing live Irish music. St Mary’s Cathedral designed by Pugin and built in 1842 is worth a visit. You can take a ride on a traditional Jaunting Car in Killarney or at the Gap of Dunloe and sample this very popular mode of transport.

Two other nice places we stumbled across on our travels, and well worth visiting if you are passing:-

Adare, Co Limerick – With its quaint charm, thatched cottages, medieval buildings, Heritage Centre and the 15th-century Desmond Castle. Adare prides itself on being Ireland’s prettiest village and I can see why.

Trim, Co Meath – 45 minutes North of Dublin lies Trim, a historical town dominated by Trim Castle, Ireland’s largest Anglo-Norman castle. And with the Belfry Tower standing 125ft high and built in 1368, you won’t miss it. Top Tips If you travel over by ferry, don’t forget your sea sickness tablets. I now know why it’s known as the ‘Emerald Isle’, don’t forget to take an umbrella and raincoat!