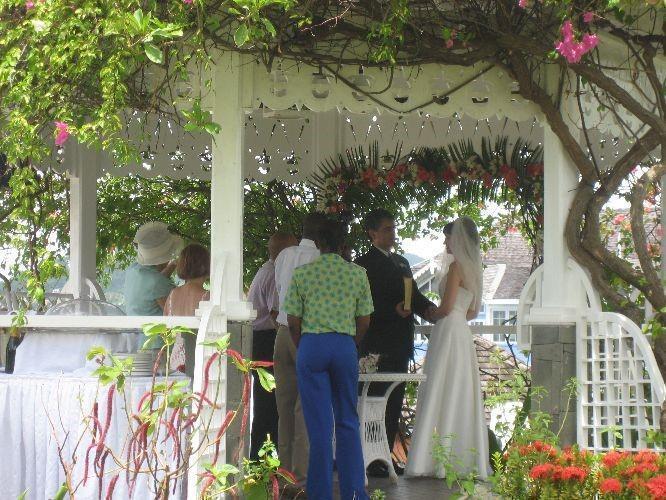 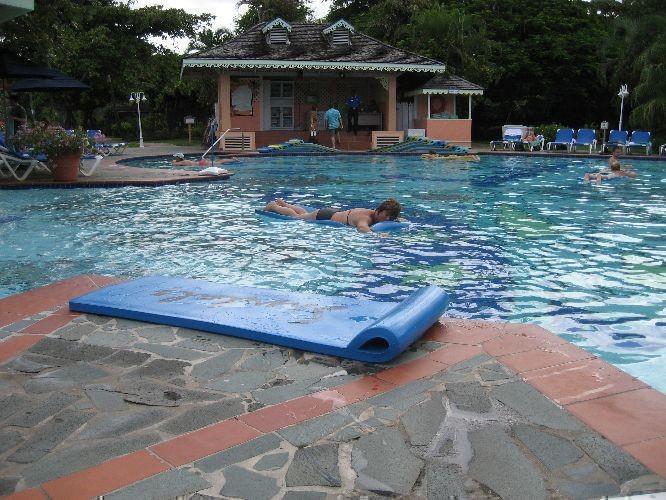 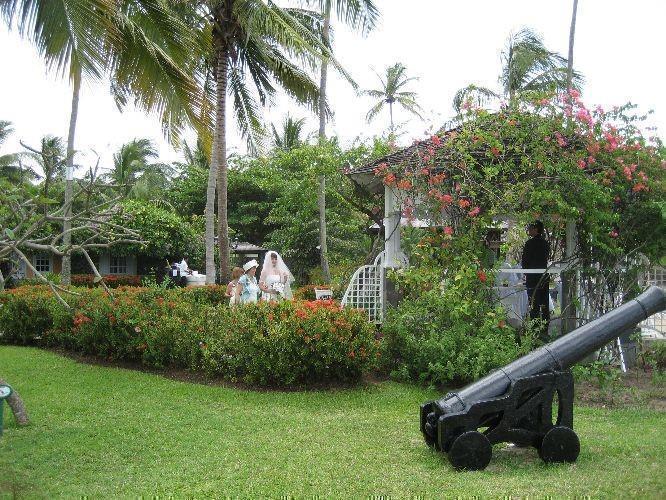 I was really looking forward to going away for my birthday and me and my husband decided to go to Sandals Halycon Resort to sample the ultra All Inclusive for ourselves. The plan was to have a total chill out and the beauty of Sandals is that all 3 hotels are within close proximity to each other, and you are able to use all the facilities. We could only take a week so we just wanted to take it easy. September is not the best month to go as it is still the 'hurricane season' in the Caribbean so we went with the expectation that the weather would be changeable. I was also quite excited as I was going to fly Virgin as I had heard some really good reports about their flights to the Caribbean, as there are individual screens on the back on the seats for personal entertainment, and of course free drinks on board to get the holiday off to a great start.

We stayed overnight at the on site Hilton Hotel at Gatwick which is perfect for an early start. The flight was as good as I anticipated and then we were at St Lucia where a 'Sandals Minibus' whisked us away. The journey was very bumpy (be prepared). Then we were at the Halcyon . The hotel was very pretty with the most beautiful gardens but in need of a little refurbishment ( refurbished this year I believe) however the rooms were adequate. We thought the air conditioning was a bit noisy in the evening but later we found out it was the insects!!

On my birthday we ate in the Pier restaurant at the Halycon which many thought was one of the nicest restaurants. It extends over the ocean with lovely views. The service was excellent and they even went to the trouble of providing a birthday cake for me at very short notice.

I did try out the Red Lane Spa at Sandals. I had to go to the Regency Hotel and I had a lovely massage which was top notch.. this you have to pay for but well worth it!

At Sandals you have a quiet pool and an activity pool. We tended to hang around the quiet pool to read our books in peace, if you wanted to be loud then there was the activity pool . I also took advantage of the free tennis coaching. I was his only pupil so it was fantastic for me as it was a one to one coaching and this was a real highlight. We also got into playing shuffle board everyday which was great fun. We took advantage of the snorkelling where we were taken out in a boat to snorkel as we are not divers. If we were we could have gone diving everyday free of charge - fantastic value. We didn't play golf either but could have played for free but there wasn't enough time. There is a shuttle bus which runs between the 3 hotels throughout the day and we were the middle hotel. The Regency and The Grand were 15 minutes drive either way. I did like the Sandals Grand, it has a lovely Italian Restaurant where the dress codes were strictly adhered to. We also drank Baileys by the gallon in the English pub and had a game of snooker (watched attentively by the Americans who were baffled by it) I did enjoy the variation of restaurants and activities and to be honest a week wasn't enough.. that is why we never got round to do any sight seeing.

I am glad I have stayed at a Sandals property as I now understand what type of people it would suit. It was more informal than we expected. The weather was very good.. we did have rain but it mostly rained at night or a sharp shower in the afternoon.

It was good to experience the 'Sandals' culture.