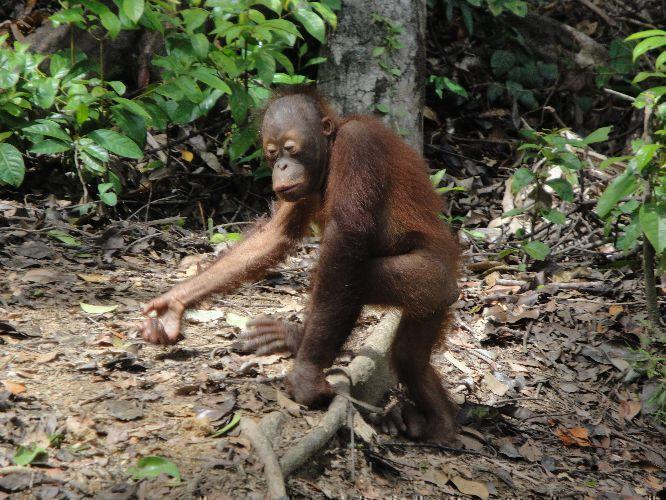 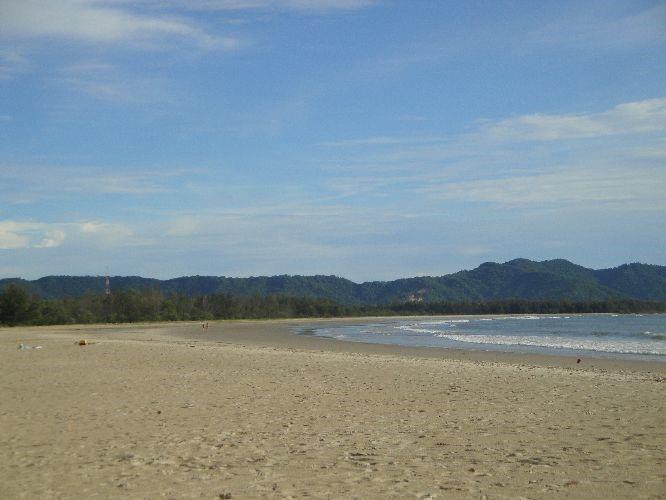 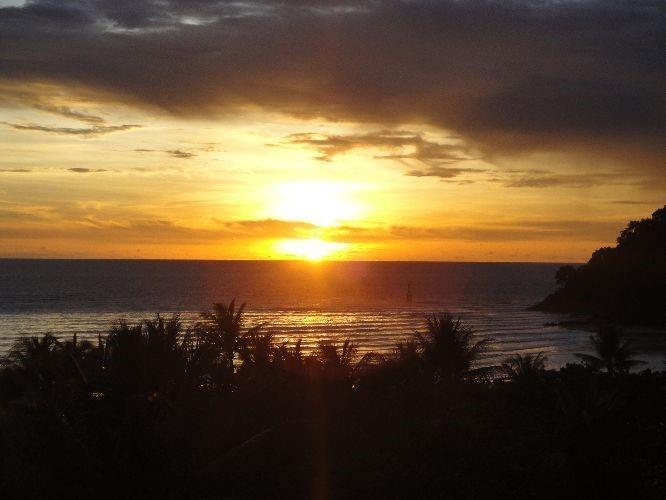 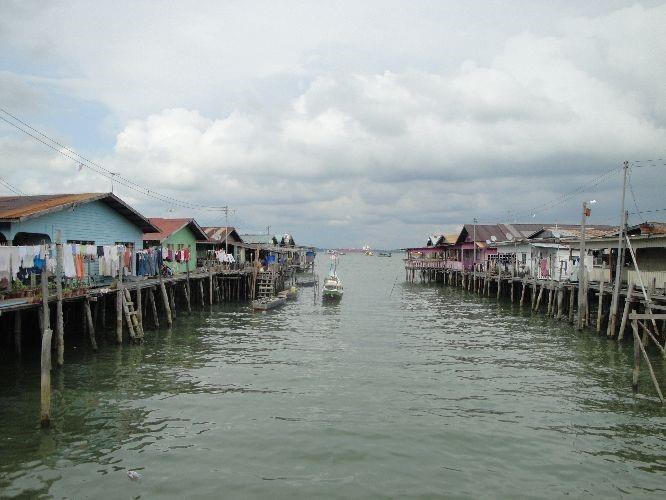 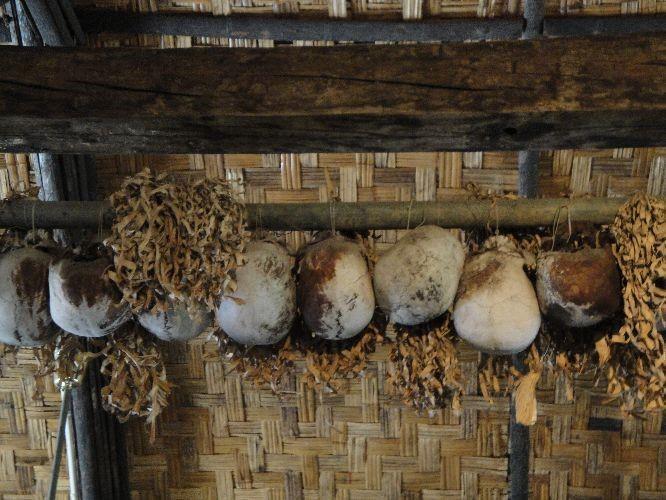 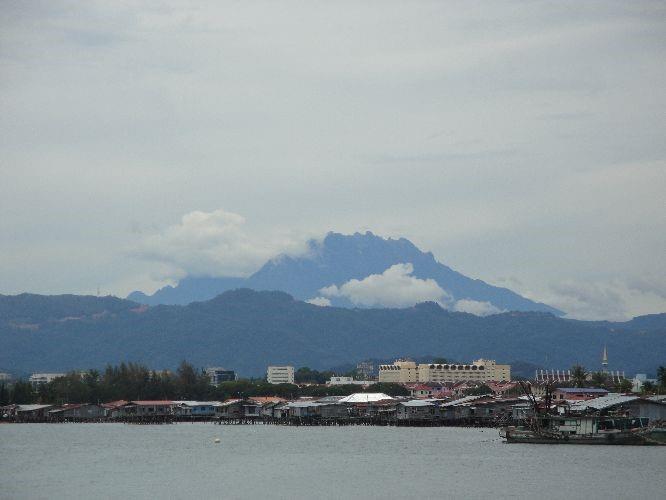 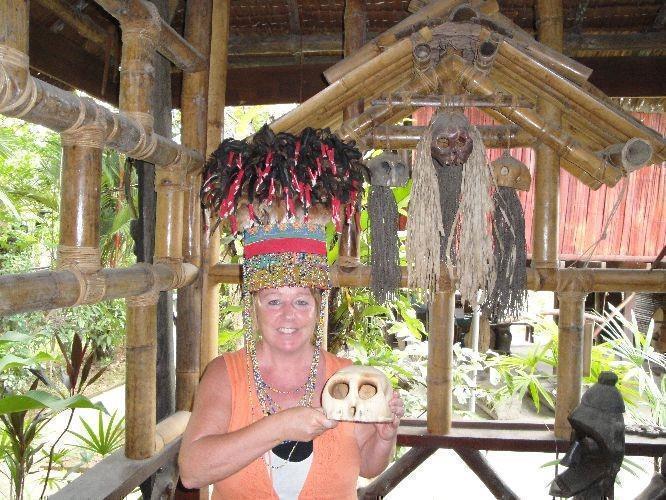 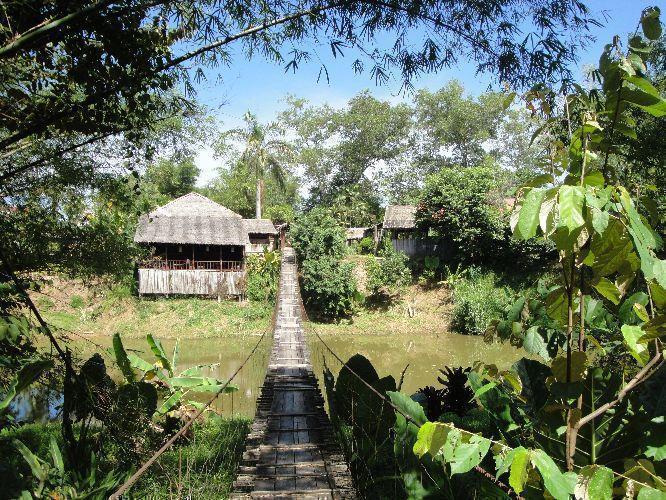 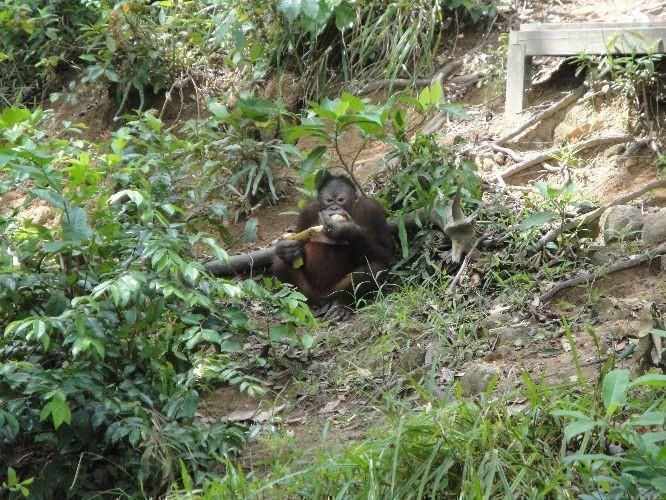 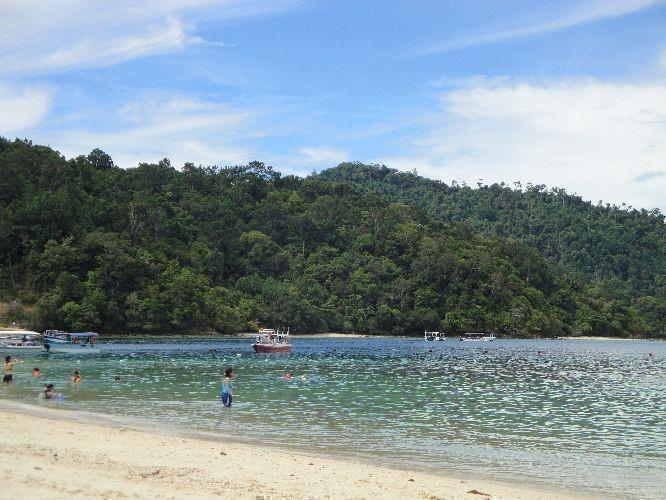 We flew to Kota Kinabalu from Singapore and initially stayed at the Shangri-La Rasa Ria resort. The hotel is outside the city, but they offer a shuttle bus to and from the main shopping centre in the town. One word of warning, we really struggled to get cash from the ATM’s in the town, so would definitely advise you to take travellers cheques.

On our first day we visited the orang-utan sanctuary at Rasa Ria, which is actually part of the hotel. After an induction, we were taken into the jungle to the feeding area. Here the orang’s are usually younger, so much more playful and interactive with the wardens, and of course that bit cuter!! We watched them feed and generally playing around, before the heat got too much and we headed back to the hotel pool. The following day we arranged a tour of the Monsopiad Head hunter village. This was a really interesting day out, and gave you an insight into the way the locals lived up to fairly recently. It was also interactive, with opportunities to try local weapons (catapults and blowpipes), local dances, trying the local “fire water” as well as chewing beetlenut! (My Husband tried it, and ended up with red teeth for a good few hours afterwards!!)

After a further few days relaxing on the beach we moved to the other Shangri-La hotel (Tanjung Aru) - This hotel is much closer to the city centre, and also offers great views of Mount Kinabalu in the distance. The beach here is much smaller, but the hotel offers shuttles to a number of the small islands nearby.

It was then time for our trip over to Sandakan. After a 5.30am start and a quite hairy flight we arrived at Sandakan and met our guide. On arrival we went to the world famous Sepilok orang-utan sanctuary. As we got out of the taxi, we saw our first adult lazing on the roof of the gift shop – quite a surprise! We then made our way to the feeding area, which turned out be quite popular, so don’t expect any private viewings!! When we visited, the weather was dry, but it was fruiting season, so most of the apes were happily feeding in the jungle, so only 7 or 8 came to feed. That said, it was still exciting to see the leaves rustle, and then suddenly seeing the apes appear from the trees. What absolutely beautiful creatures! We then went on a city tour with our guide, and visited a Chinese Temple with fantastic views over the city. We also visited a local market, the fishermen’s village, built on stilts, and also to the memorial to the victims of the infamous Death March (we didn’t know too much about this, but its equally as sad a story as the Death Railway in Thailand). We finished off with a cool beer by the sea before taking our flight back to Kota Kinabalu. A thoroughly memorable day!

We decided to try out one of the smaller islands for a day and took the shuttle across to one of the beaches out in the Bay. We decided on Sapi Island which was recommended for the snorkelling. We enjoyed a peaceful day on the Island and headed back to the resort, enjoying a final sunset drink in the sea front bar at the hotel.

We really enjoyed Borneo, but it’s still relatively undeveloped and not for the faint hearted in places. The hotels offer all you’d expect, but once outside is does become a lot more basic. The jungles, local culture and wildlife is fantastic, but unless you go trekking, expect to see it with lots of other people. Next time we go, we’ll definitely climb Mount Kinabalu.............................honest!!