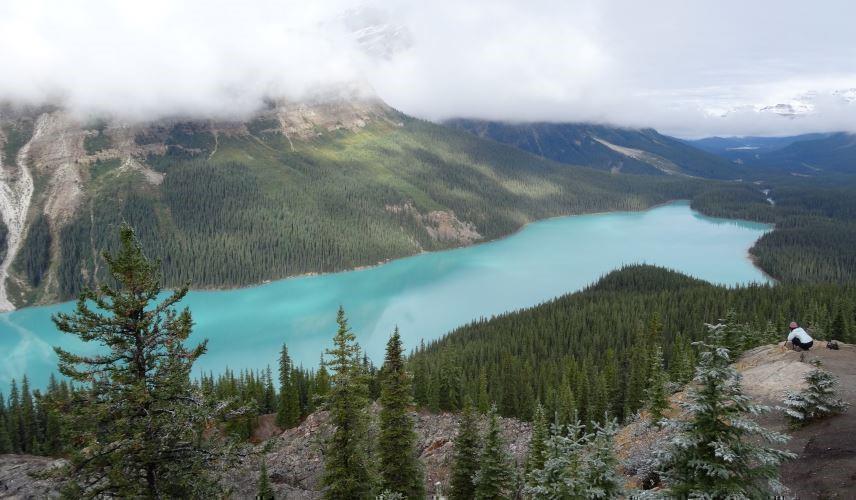 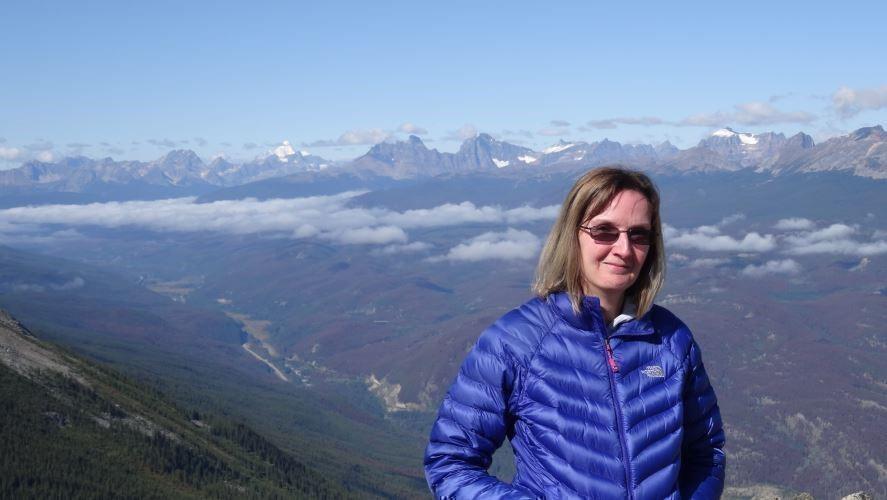 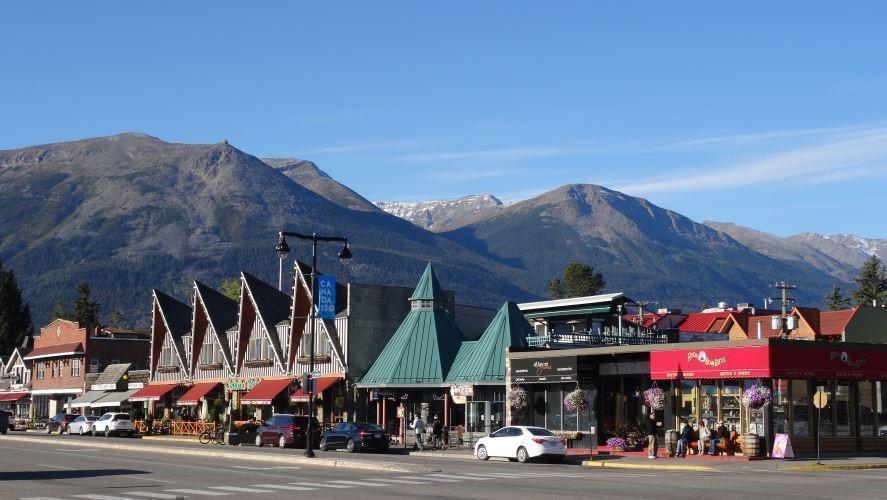 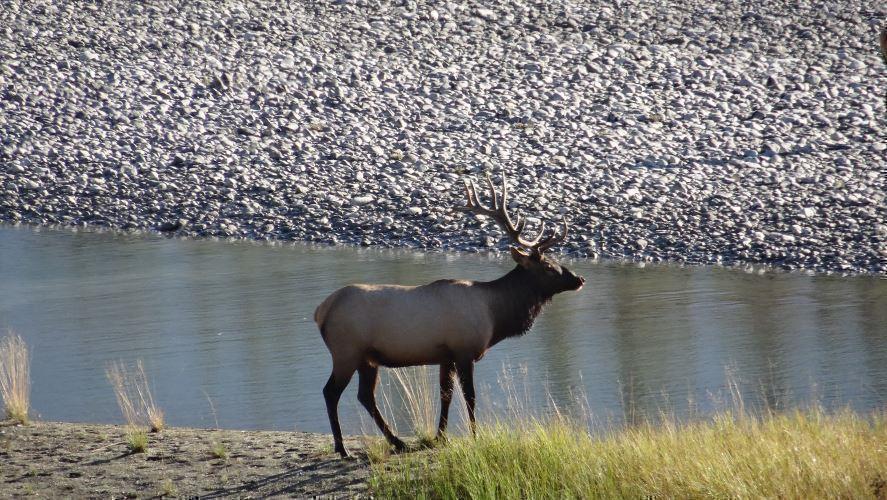 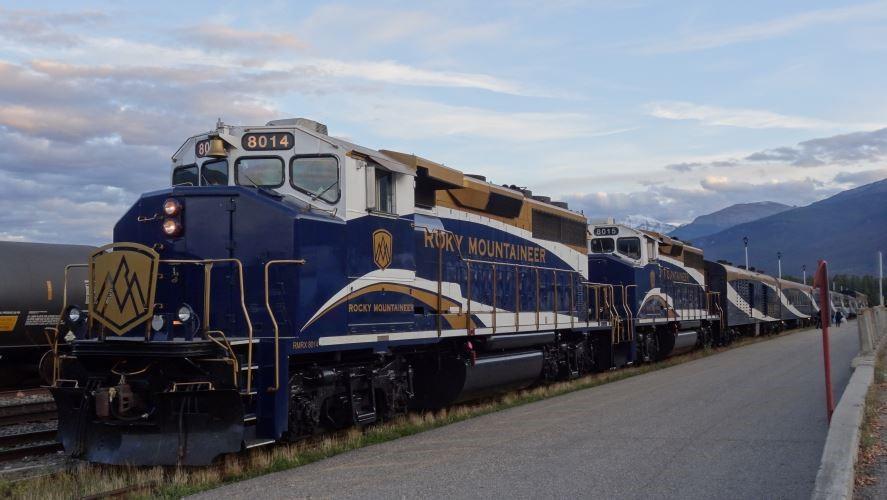 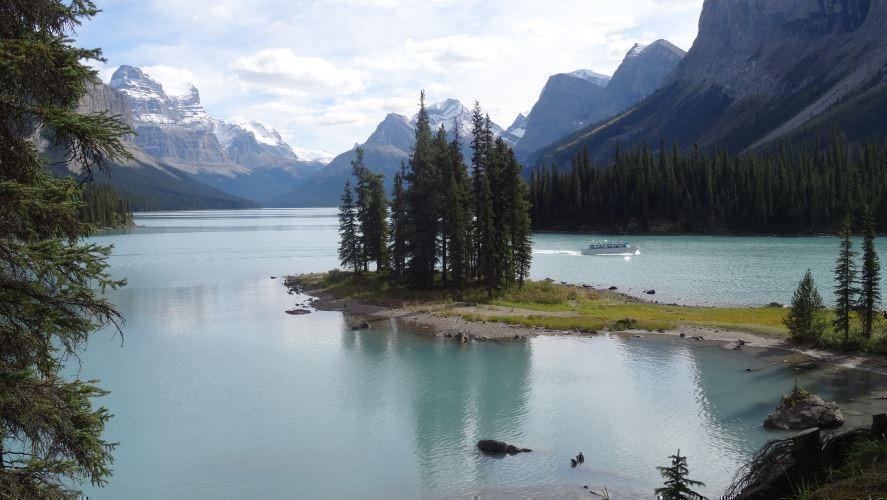 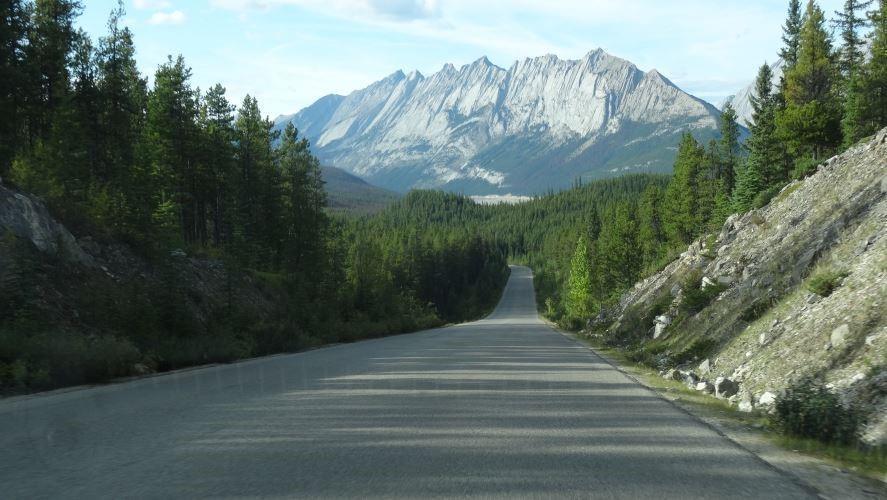 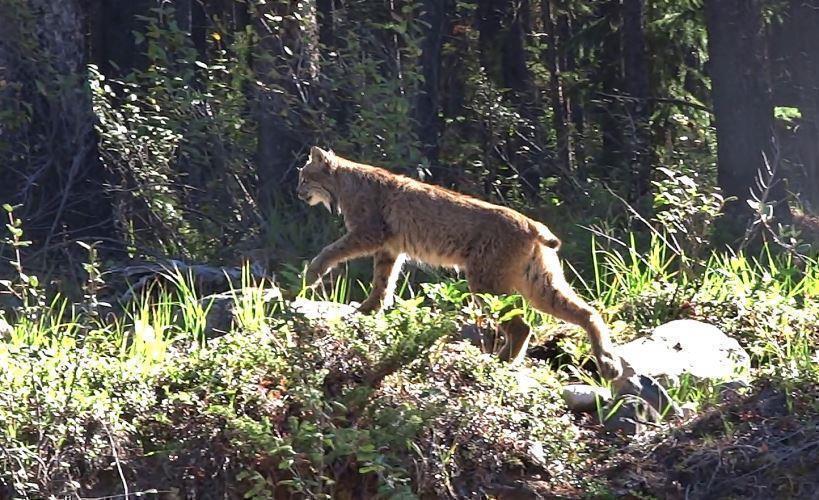 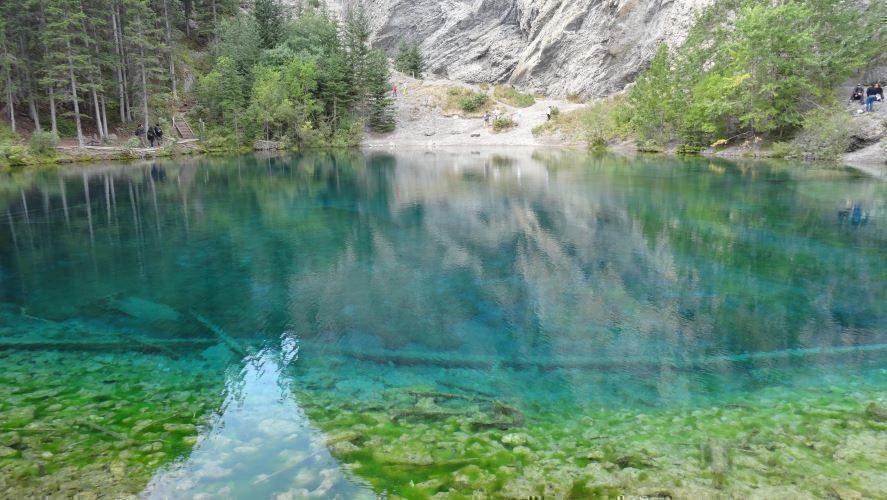 Having left Banff, (see separate blog) we drove to Jasper for a 3 night stay at the Marmot Lodge. Normally a 3.5 to 4-hour drive without stops, but as there are plenty of things to see on the way including Crowfoot Glacier, Bow Lake, Peyto Lake viewpoint, Columbia Icefield area, Sunwapta Falls and Athabasca Falls, it took a bit longer! It is also a stunning drive along the Icefield Parkway, with mountain after mountain, and as there had been snow while we were there, we had the added bonus of them being snow-capped.

I think it’s worth mentioning at this stage that if you are driving to or in any National Park in Canada, including Banff, Jasper and Yoho, you will require a Parks Canada Discovery Pass and need it displayed on your rear-view mirror. As 2017 is a year that Canada is celebrating its 150-year Anniversary, they are offering complimentary passes, but any other year there is a charge.

While in Jasper we went to Maligne Lake, which was absolutely stunning with its mountain peaks. We took a boat trip there that had a knowledgeable guide onboard, and cruised to Spirit Island where you can get off, walk around and take lots of picturesque photos.

Another worthwhile activity, if you are lucky with the weather as we were, is to go up the Jasper Sky Tram. It started out cloudy when we left the bottom, but we went above the cloud to reveal absolutely incredible views of the surrounding mountains, including Mount Robson. Moments later the clouds dispersed totally and we had a clear blue sky. Fantastic.

We also drove to Mount Edith Cavell mountain, where you currently need to obtain a free pass from the Jasper Information Centre, as there are restrictions on the number of cars allowed in one day. I know that wildlife can sometimes be seen on the road in, so we kept our eyes peeled and lo and behold an adult lynx appeared in front of us with its kitten. The kitten scarpered into the woods pretty quickly, but we did manage to take video of the adult, I’m pleased to say. Once at Mount Edith Cavell, we walked along the footpath to the viewing point where there are great views of the glacier and mountains.

Jasper is smaller than Banff, but an equally nice town to stay in, and we saw the famous Rocky Mountaineer train while we were there, which is another way of seeing the Rockies without having to drive. There are also tours that can be arranged if you prefer to have everything organised for you.

From Jasper we headed back the same way we came, to experience the Icefield Parkway in reverse, so another chance to drive between the imposing mountains. After an overnight stay in Canmore, it was time to catch a flight to the bright lights of Las Vegas, which you can read about in my next blog.